Our very first Ride Social this one and it went pretty well. Terrible morning leading up to the start time, wouldn’t have blamed anyone for turning over and giving it a miss. Some hardy folks us cyclists though, 23 of us made the effort and were rewarded with a practically dry ride, can’t say the same about the wind though. As usual it was a headwind almost all the way round, or at least thats what it felt like, only 31 miles but felt more like 50. Couple actually did more than that, rode up from Wigan, put me to shame, I wimped out and went in the car. Great to see everyone get on so well, quite a few strangers to most of you but you all seemed to get on like a house on fire. Look forward to seeing you all again on the next one! 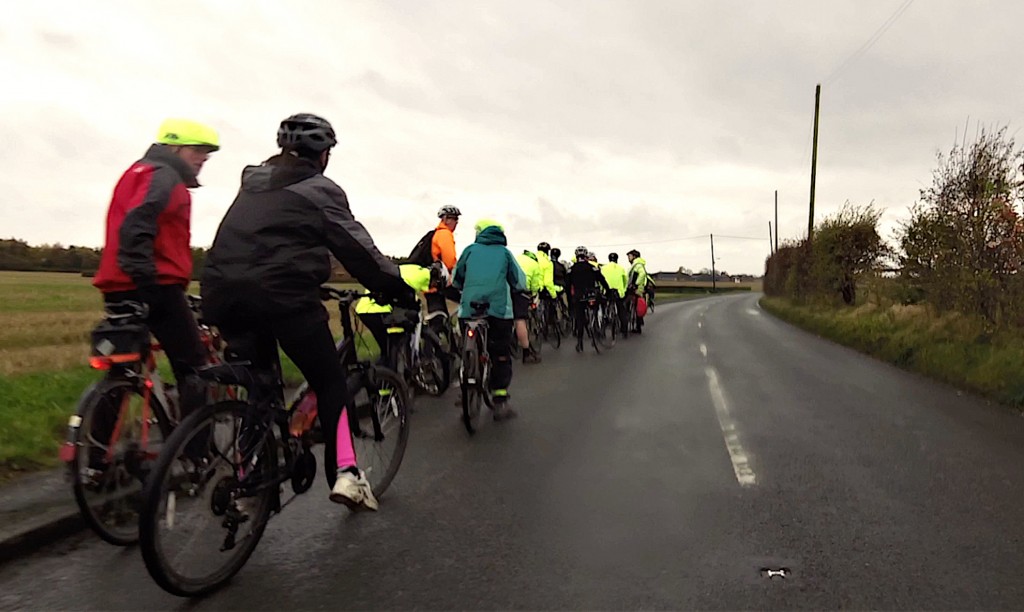 First of many wind breaks! 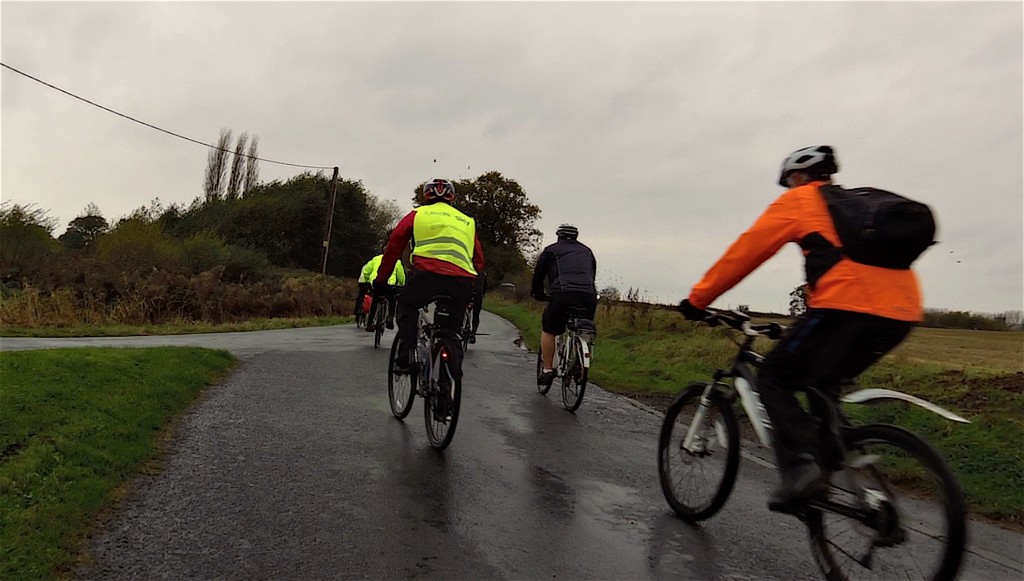 Dash to the Cafe! 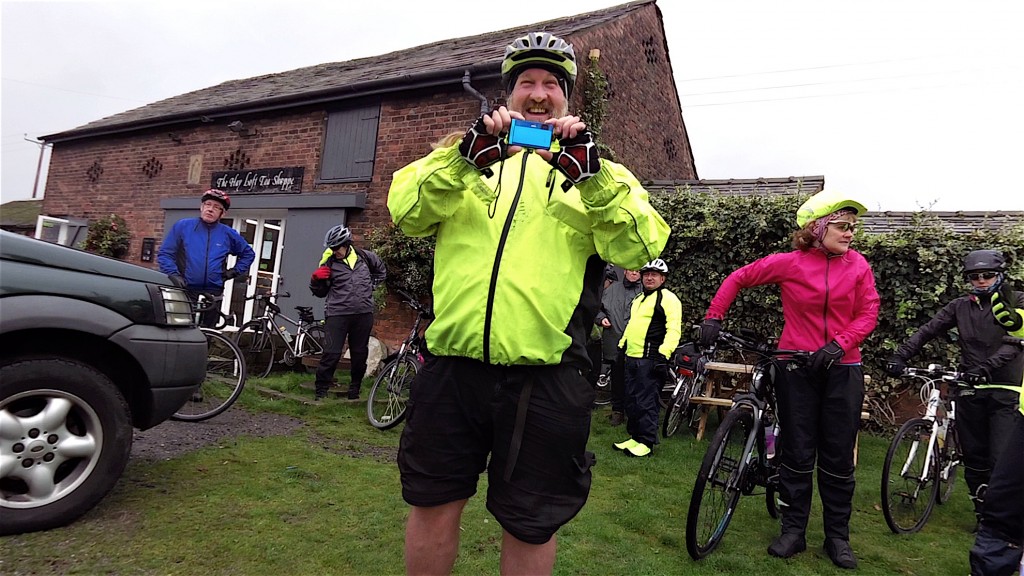 Mike and his dreaded camera, you thought I was bad! 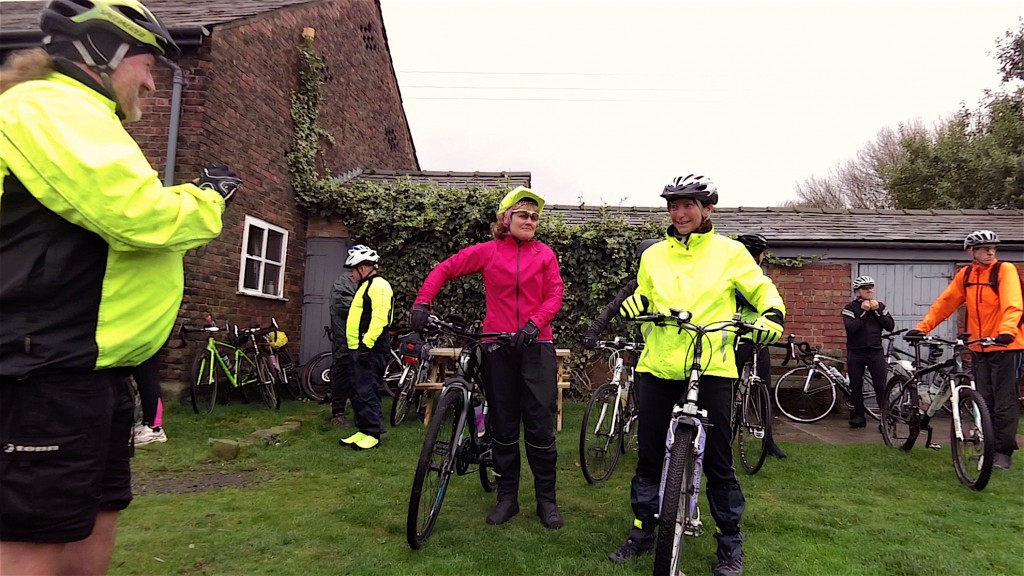 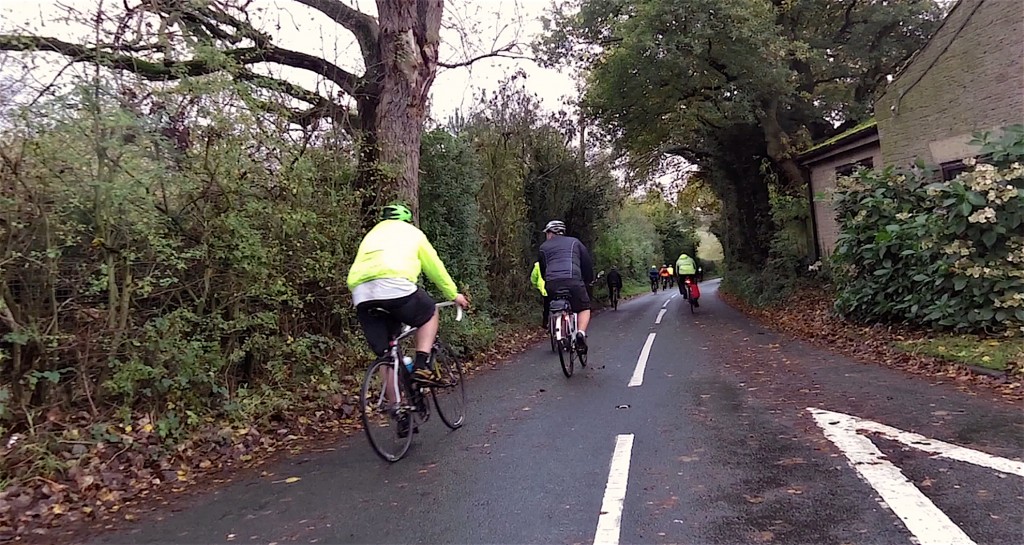 Nearly time for the Sun to come out! 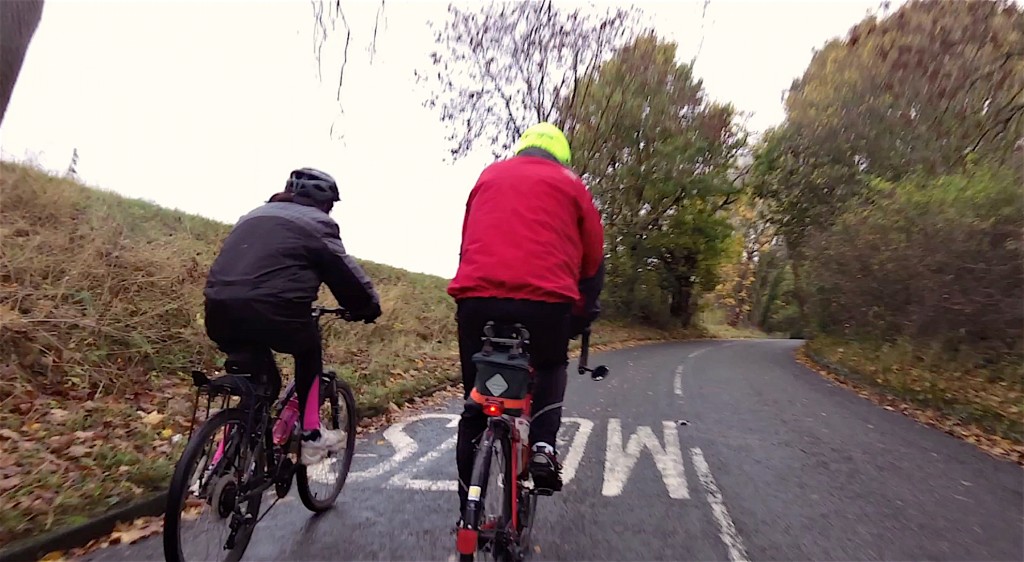 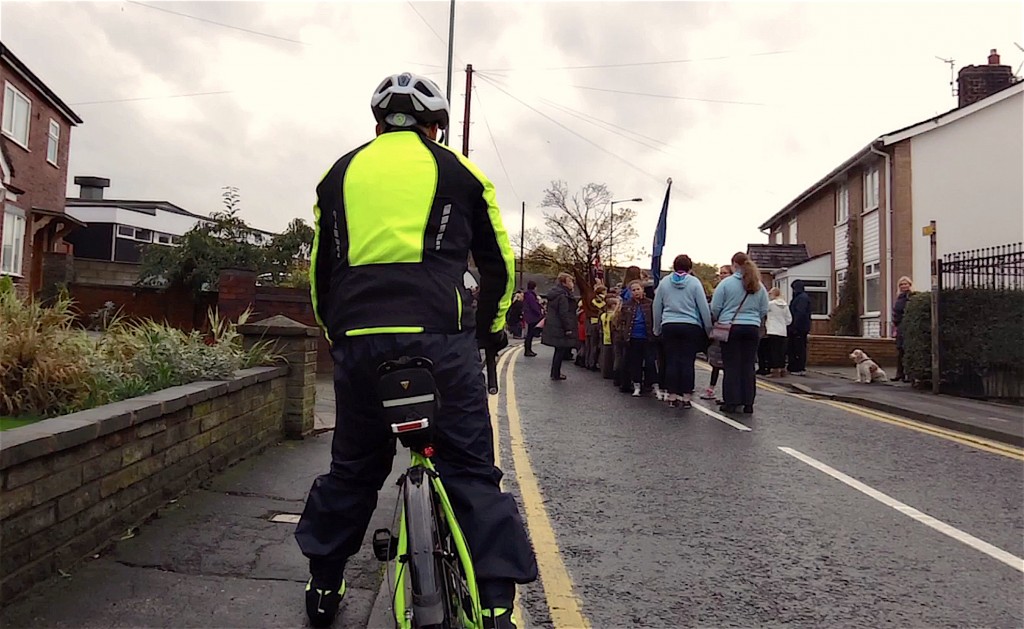 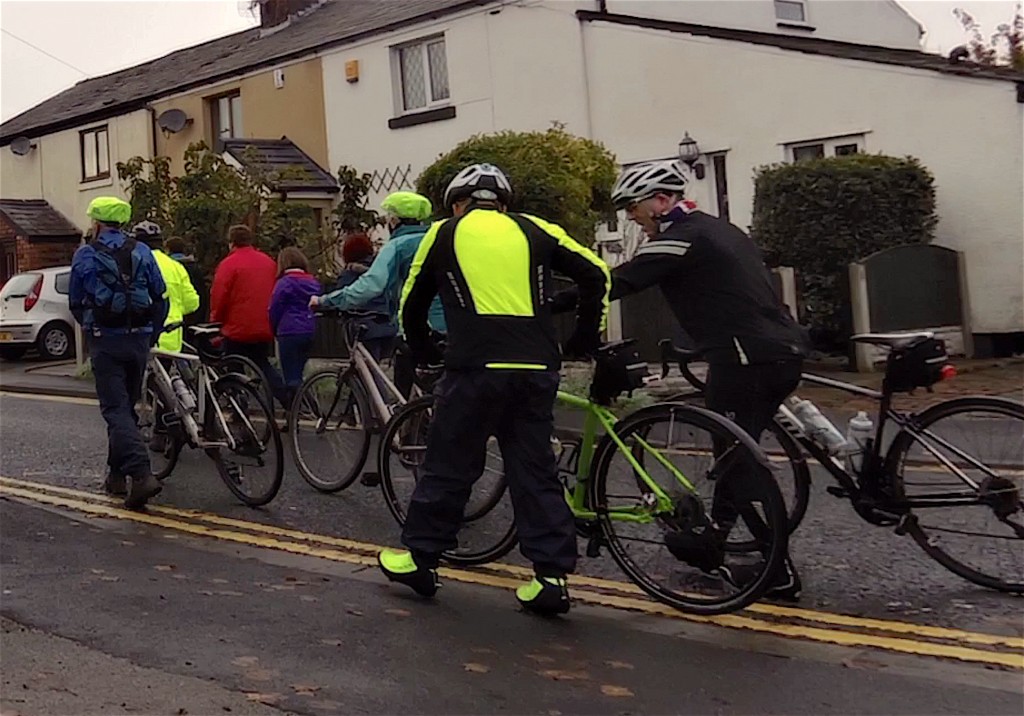 Time to join the parade! 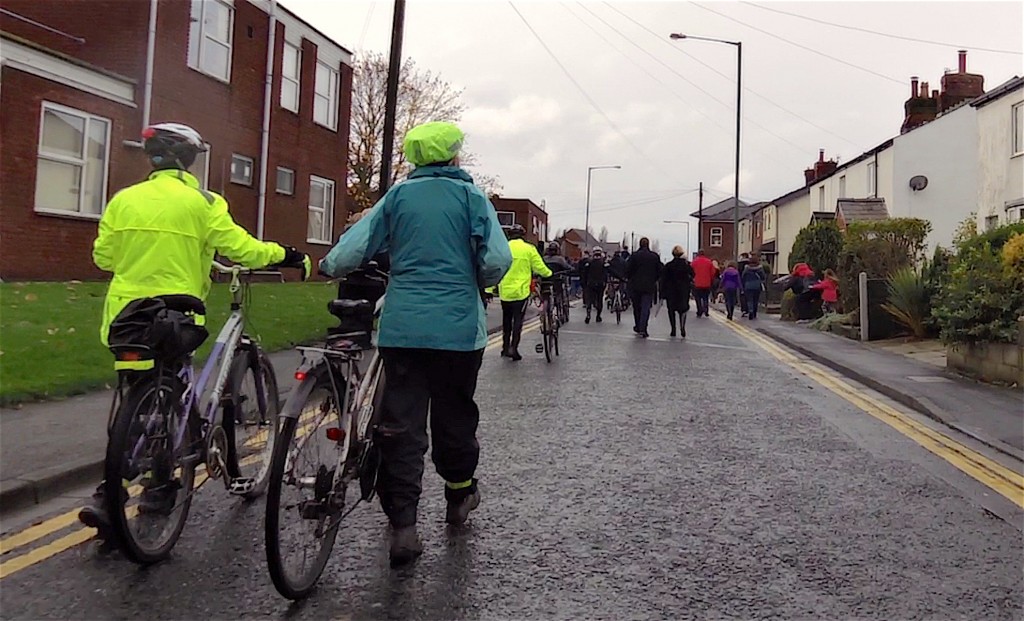 Still time for one last chat! 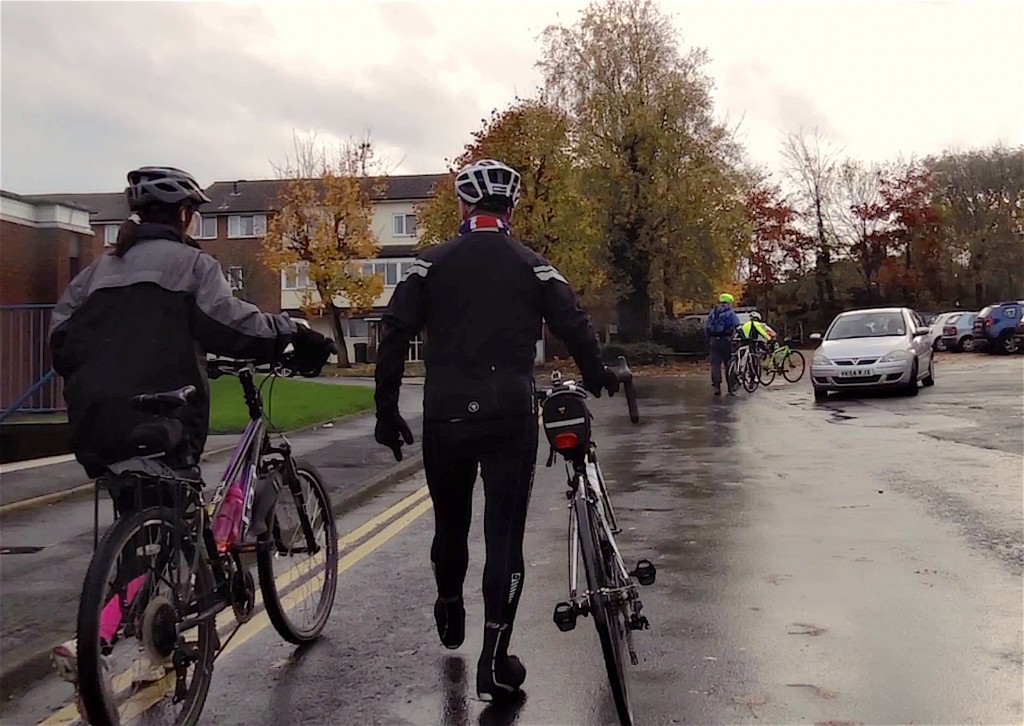