The sun was shining yet again for our Trencherfield run out and yet again we had a fantastic turnout. Thought a few may have ducked out following the Bay Way outing but it was practically a full turnout. Tony & Len had the reins for this one so rest assured there was going to be a hill or two involved, they led us out via the canal to Martland Mill before heading to Crooke Village and across the fields to Shevington. From here it was over to Appley Bridge followed by, Dalton, Newburgh, Bispham Green & Parbold, before heading back along the canal, Wigan bound! Twenty Five of us took part, covering just over 22 miles on what was a rather pleasant morning. Great route fella’s, looking forward to your next one! 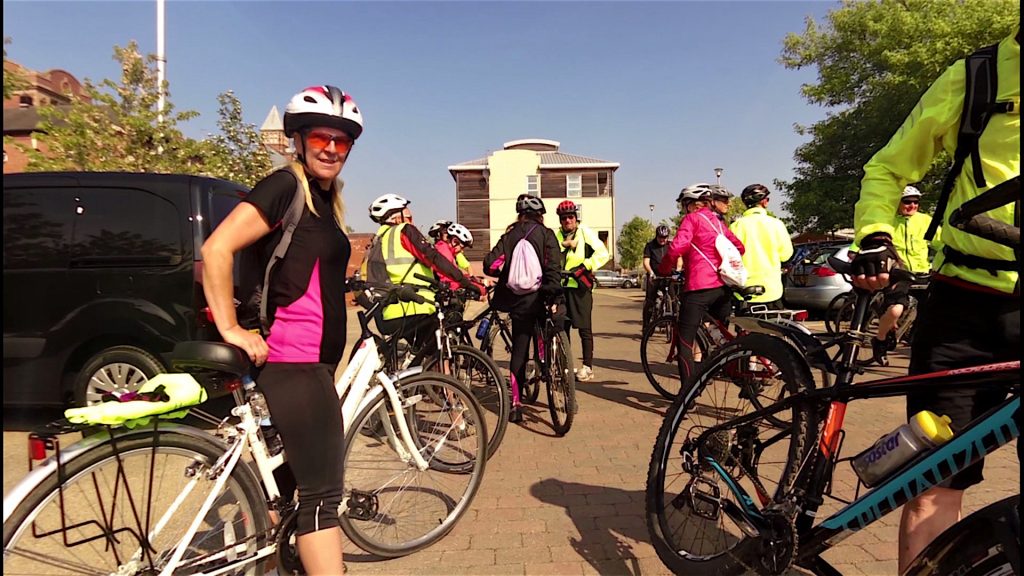 The usual pre-ride confab. looks like Sheila has rumbled you though Brian. 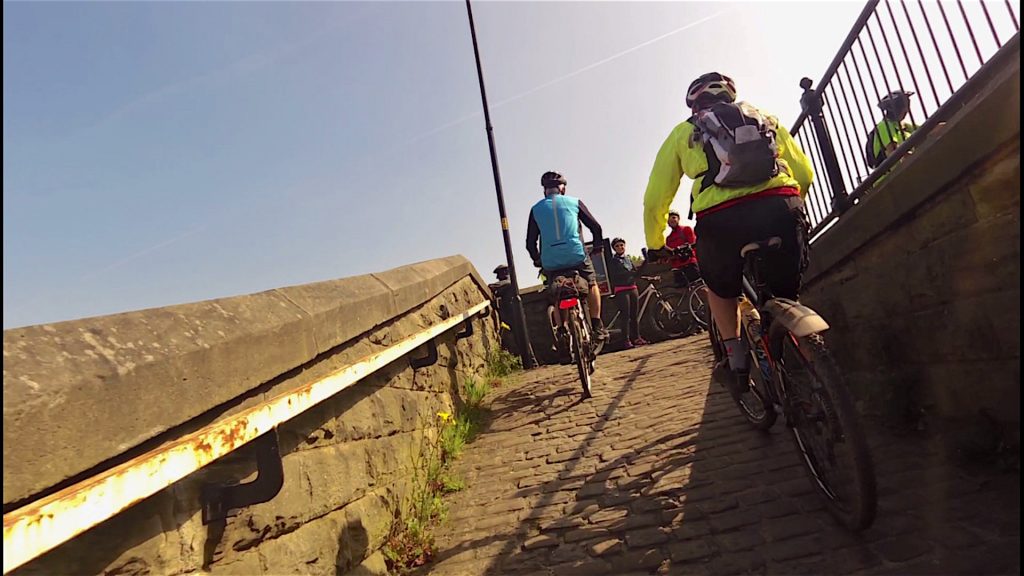 The first of many hills, only a very short one but it’s a little bugger! 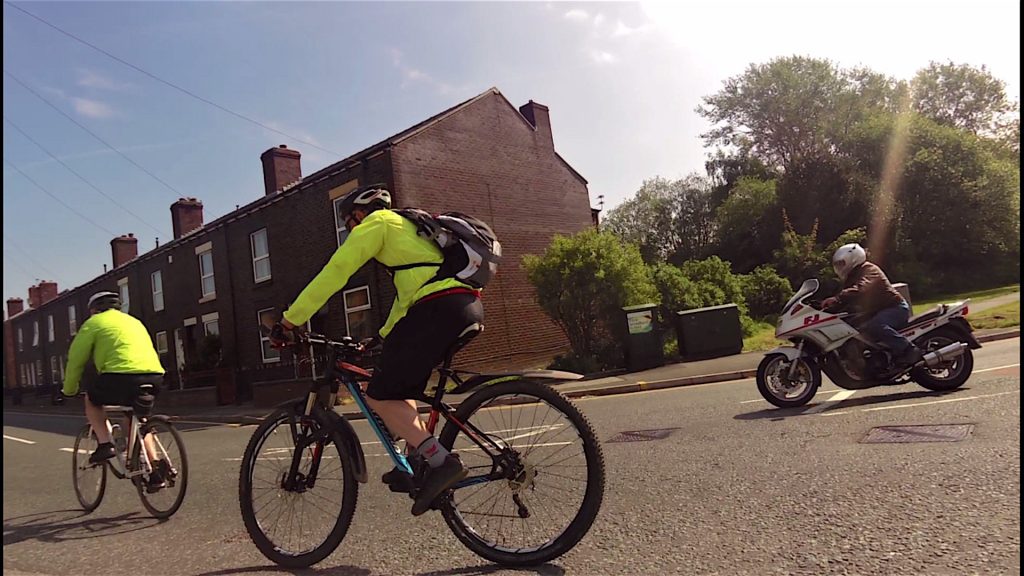 There’s always a Smart Alec wants to get involved! 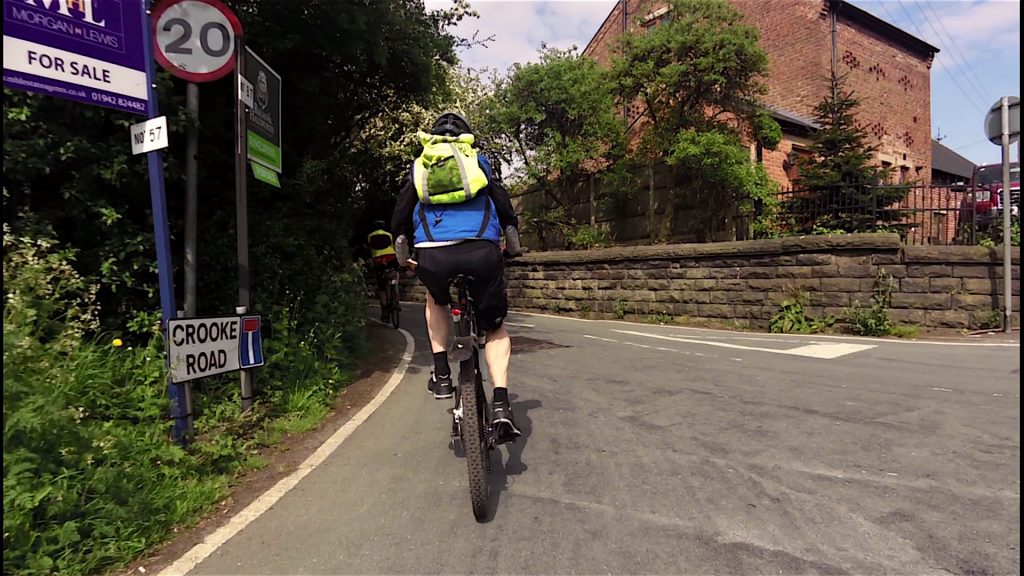 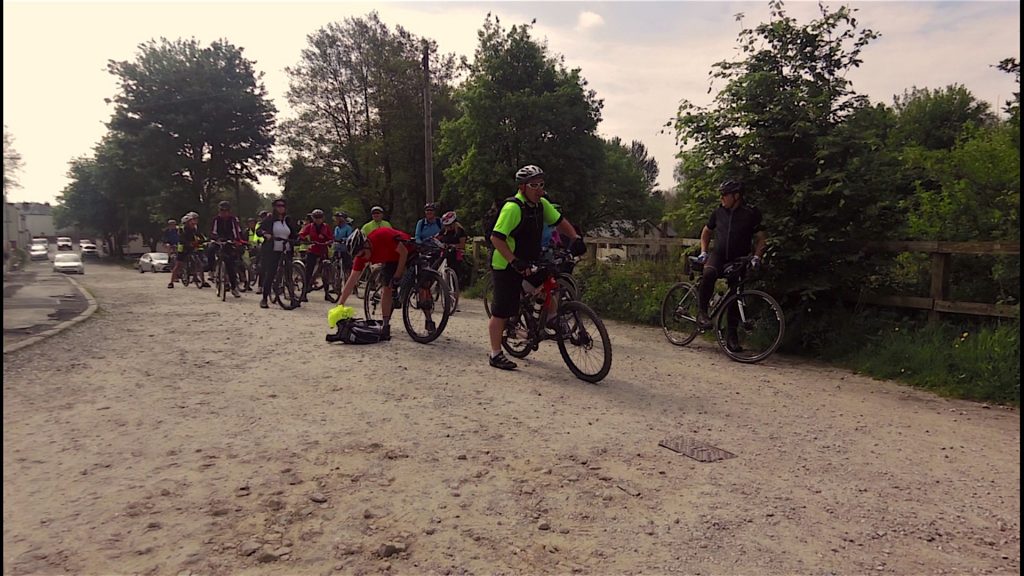 Take you’re time Len, no hurry, not like were waiting for you or anything! 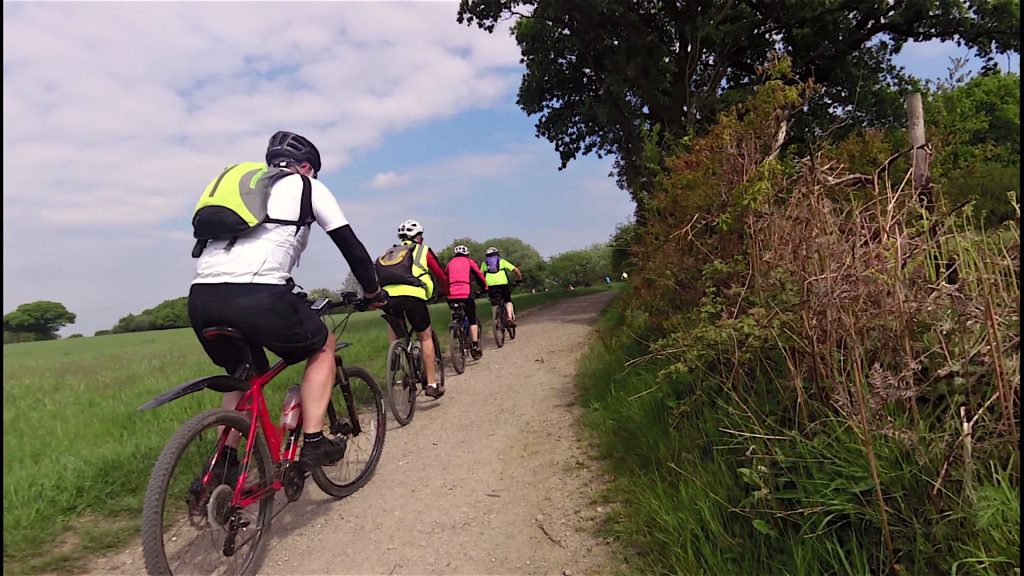 Scenery’s almost as good as the Lakes! 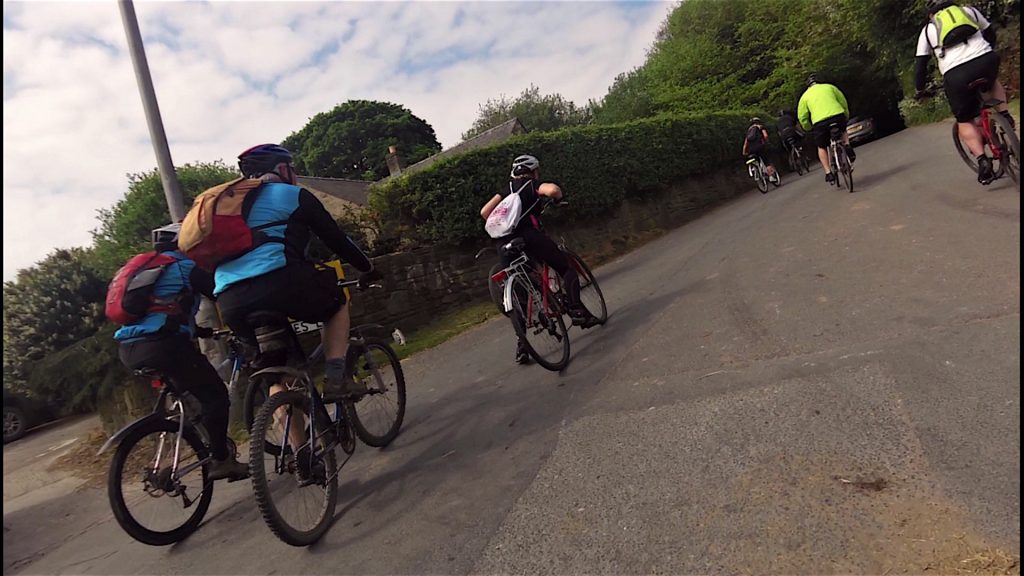 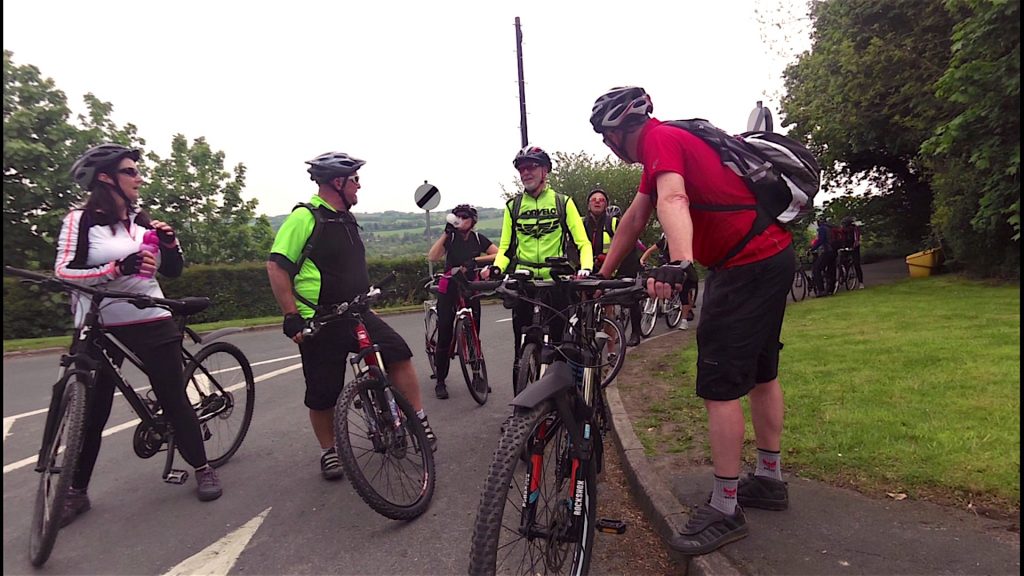 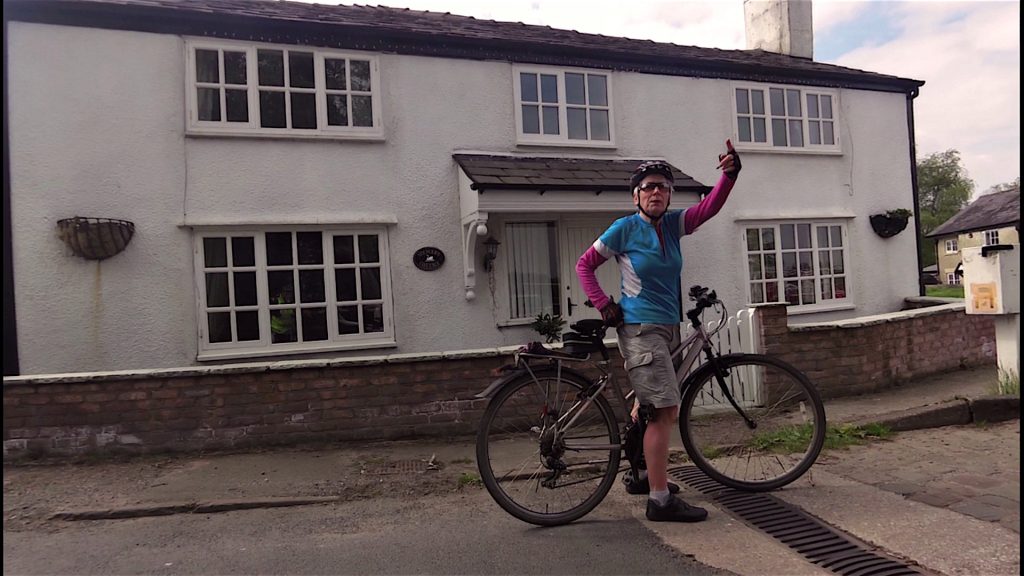 No sure what Joyce is remonstrating about, looks serious though! 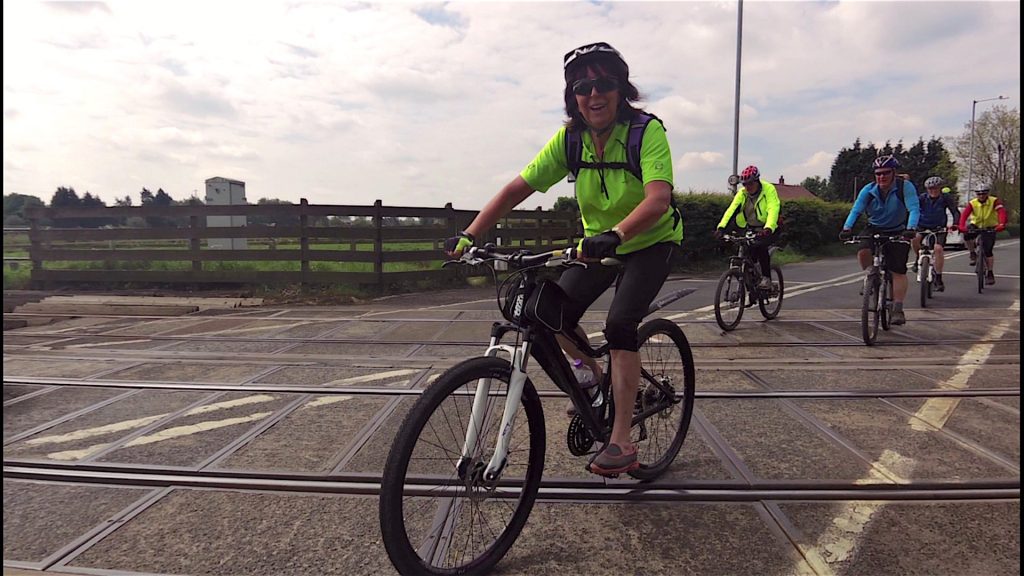 Carole looking as unperturbed as ever! 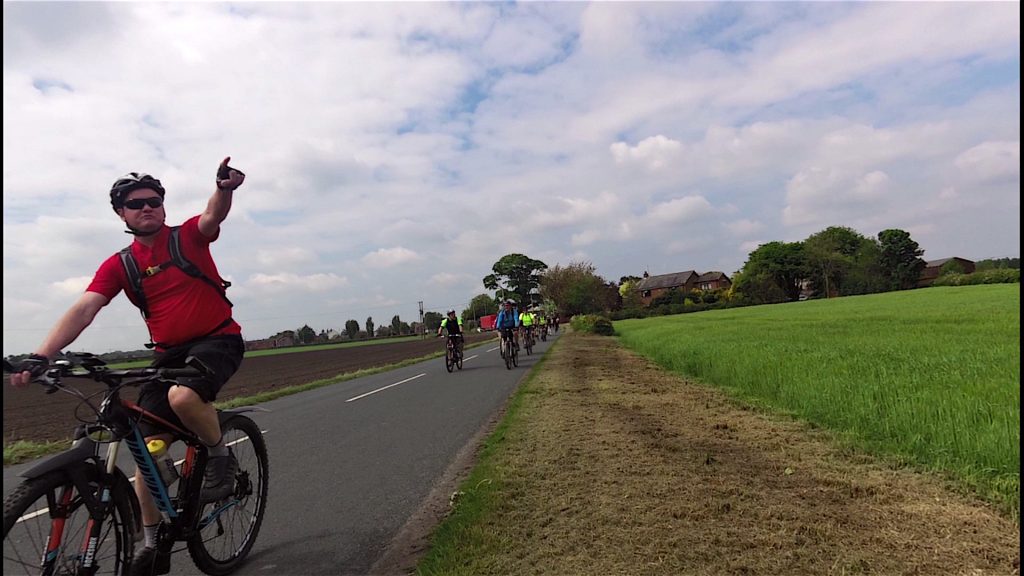 There miles behind you Len, they haven’t a clue what you’re pointing at! 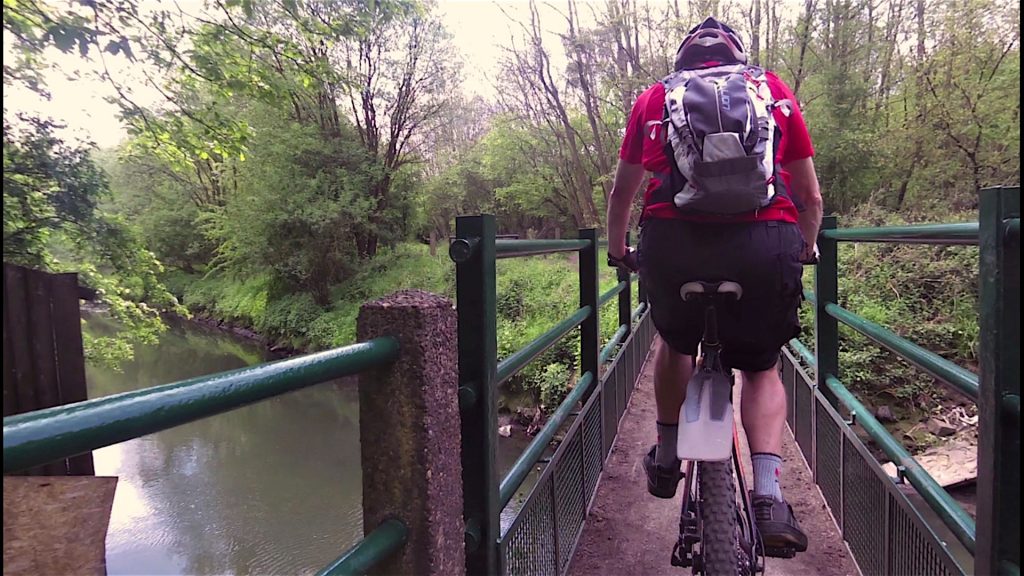 Not been across that bridge before! 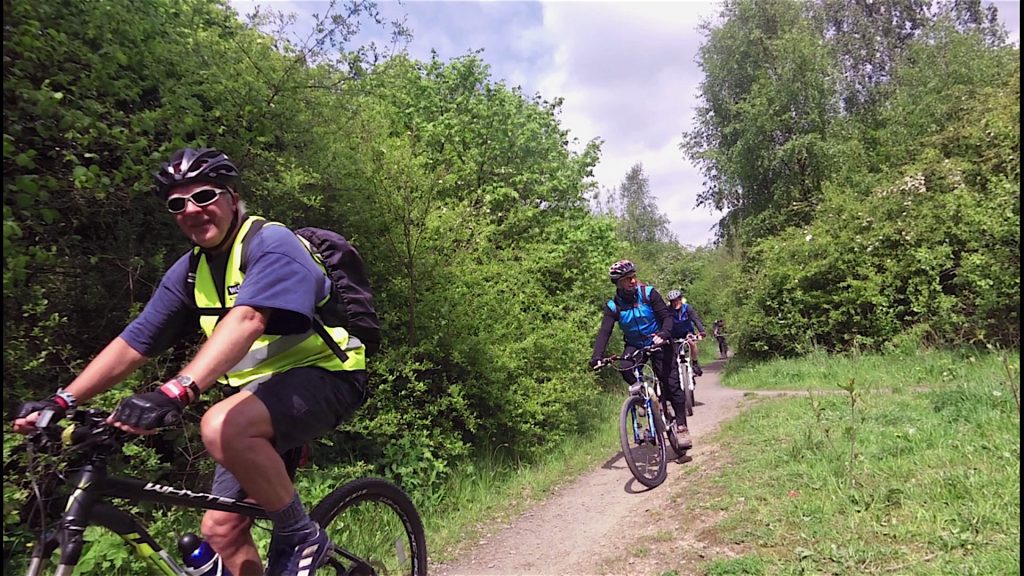 Not sure where this is either, looks good though! 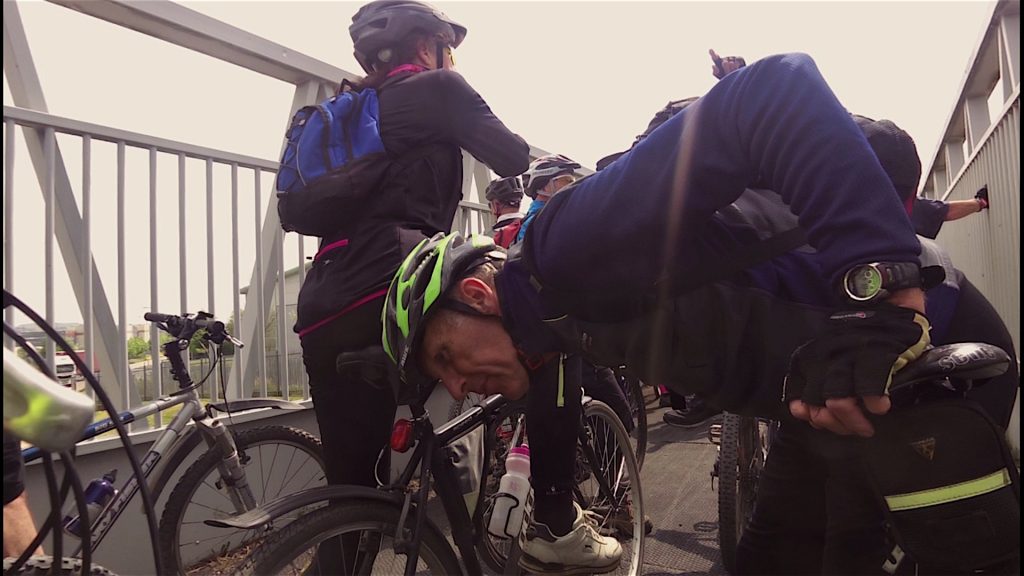 Sorry you couldn’t make it Tracy, Eric had to step in and do the seat checks!