What should have been quite a moderate turnout ended up with 26 taking part, quite a few should have been enjoying a cycling holiday in France but for a last minute flight cancellation. At least they had the pleasure of accompanying us up to Heath Charnock on one of Jim H’s off-road tours, seventeen miles this week bringing the total since last years AGM to over one thousand two hundred, we’ve had over a thousand taking part and a combined mileage of twenty four thousand. Not bad for a small local cycling club, keep up the good works folks! 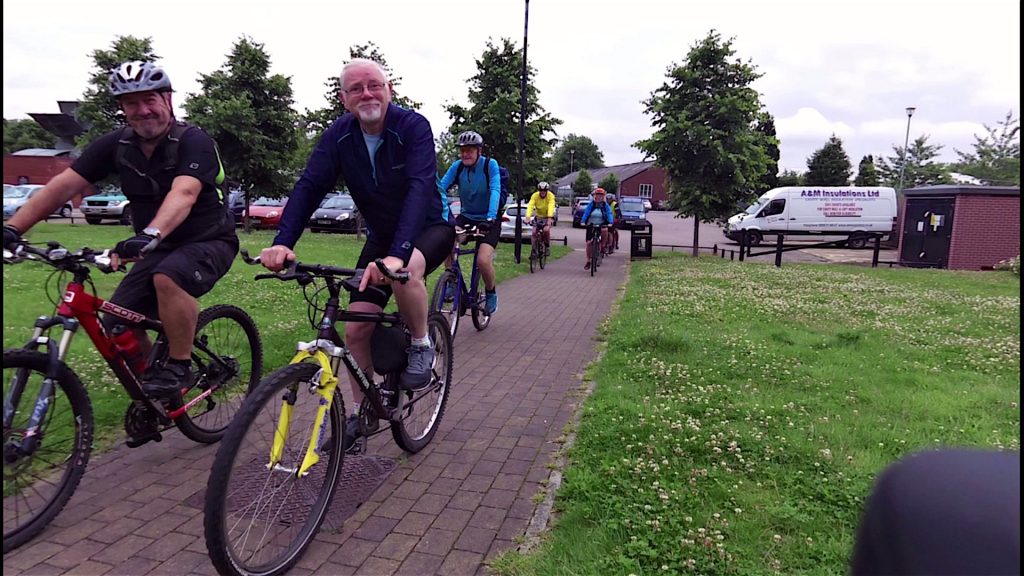 Our latest member Phil, no doubt wishing he was somewhere else instead! 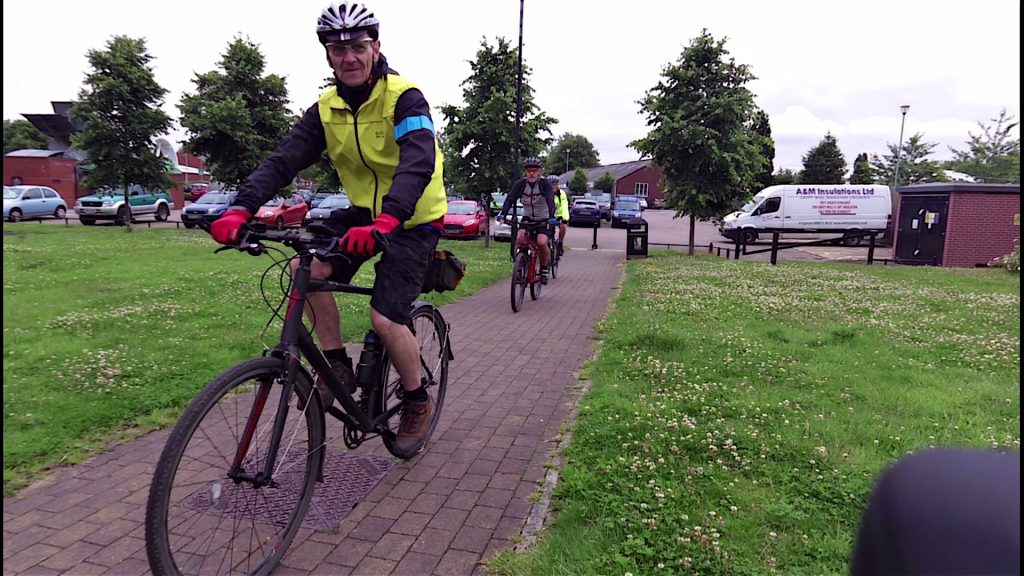 Clive trying to pull off the wearing as many different colours as possible look! 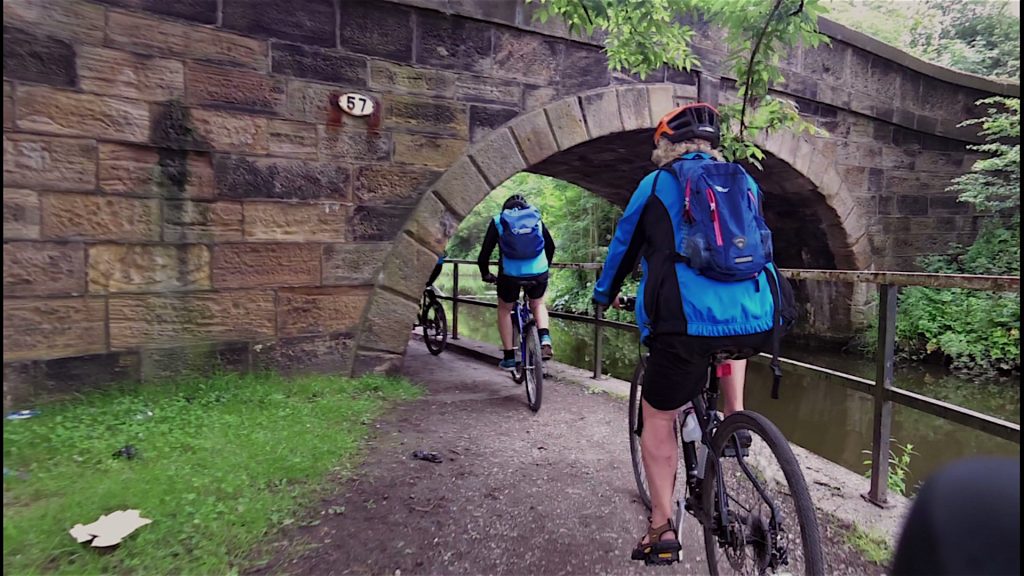 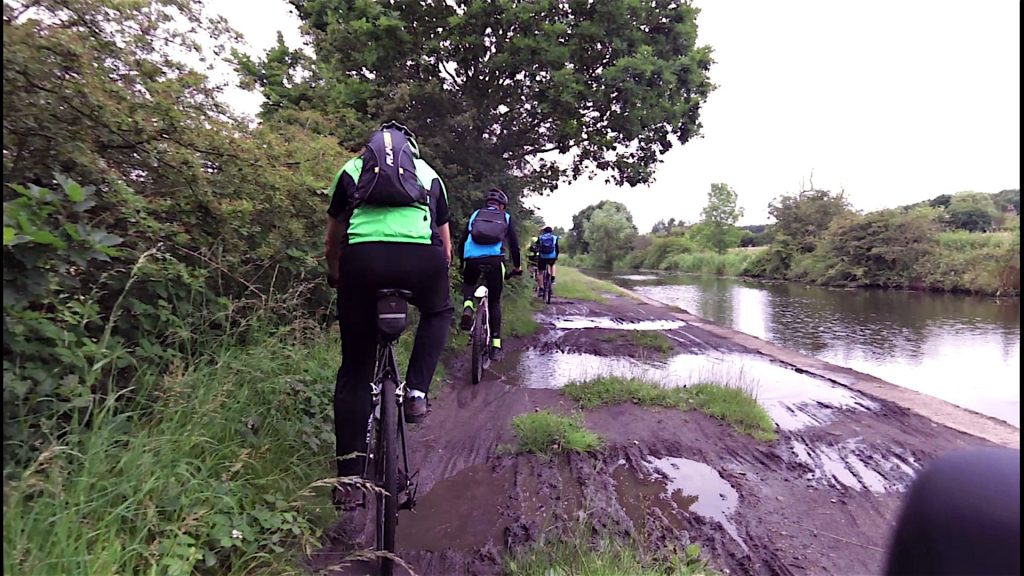 Not quite sure which is the wettest, the canal or the towpath! 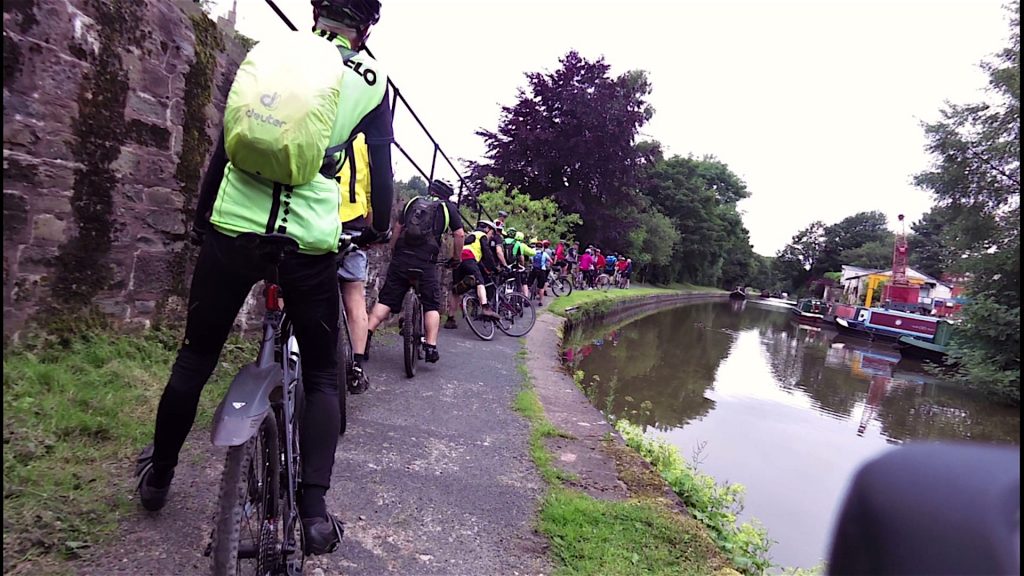 Slight hold up while Jim decided which way to go! 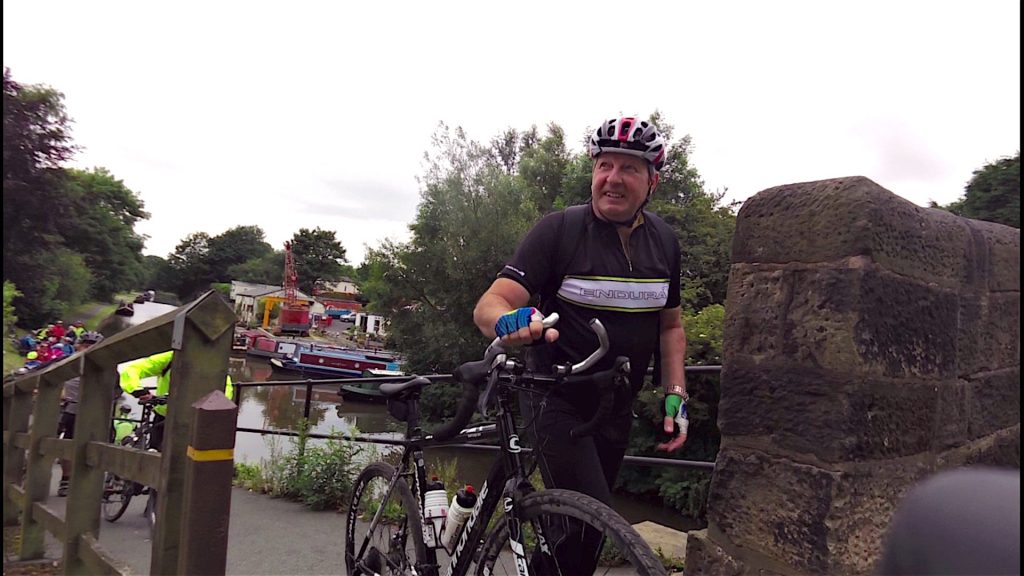 Decision made, were going this way! 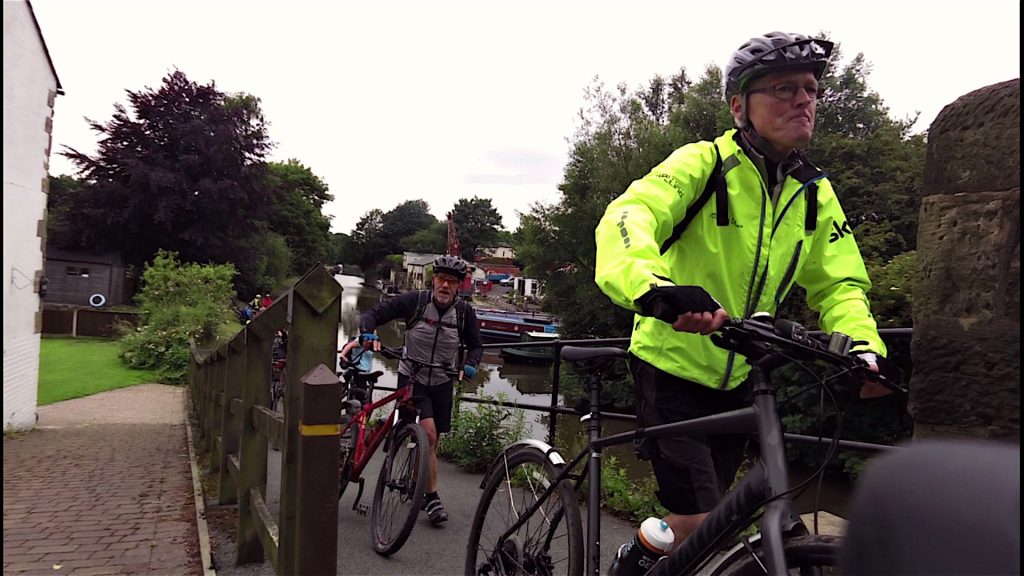 Its either his very disapproving face, or his I should be in France face! 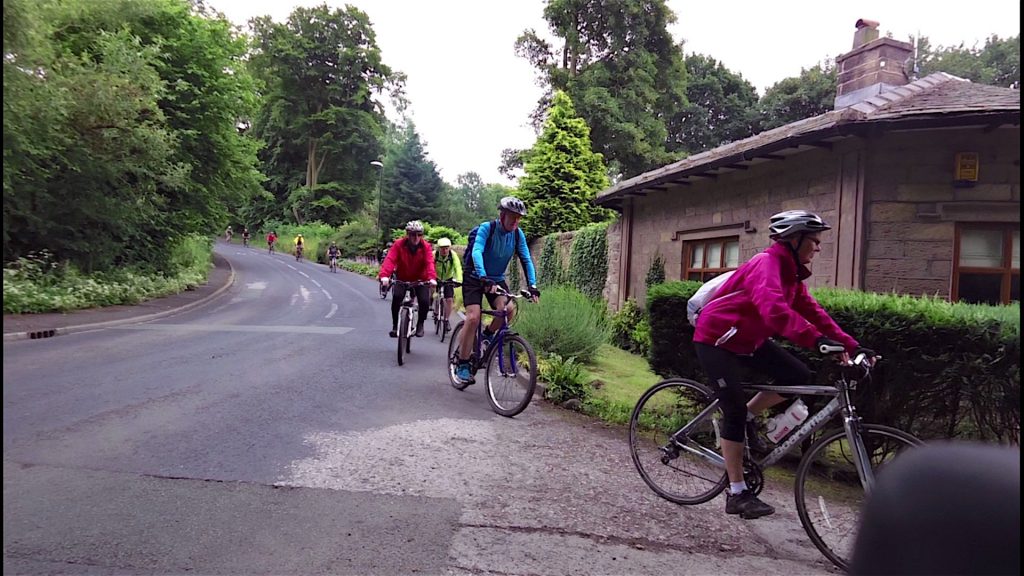 The Boardman’s certainly clocking some miles up Jean! 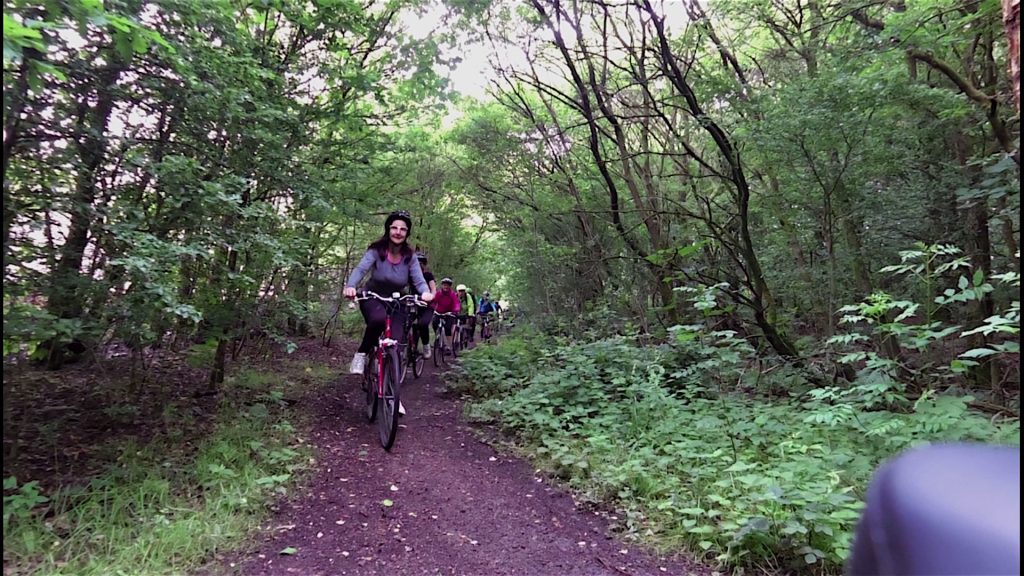 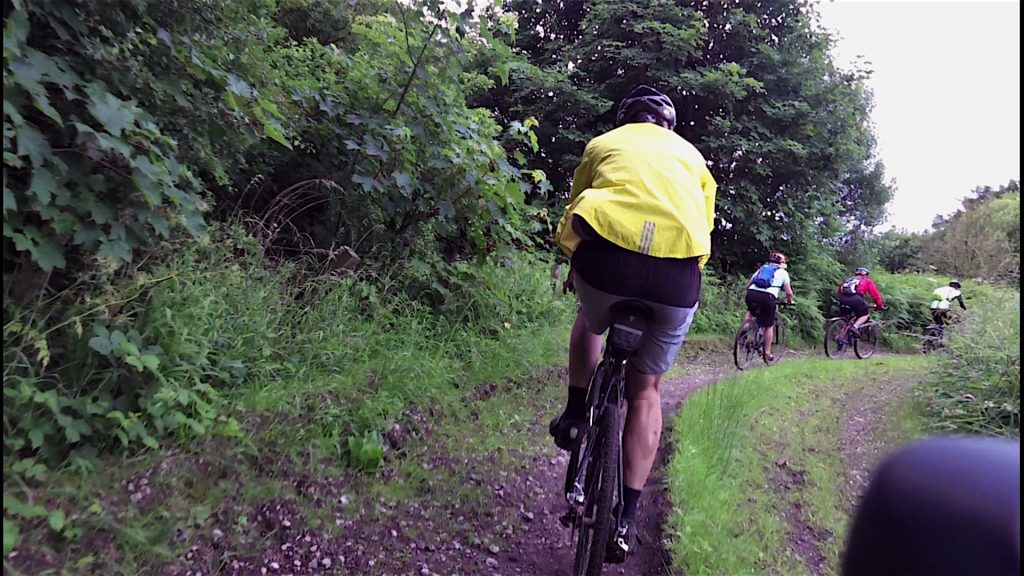 There is a trail up ahead Steve, honest!!! 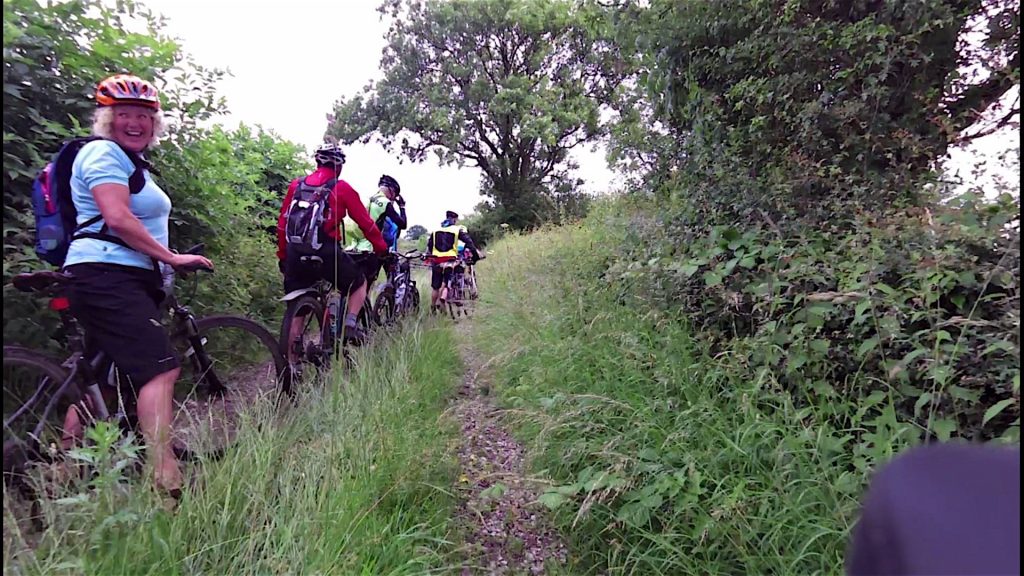 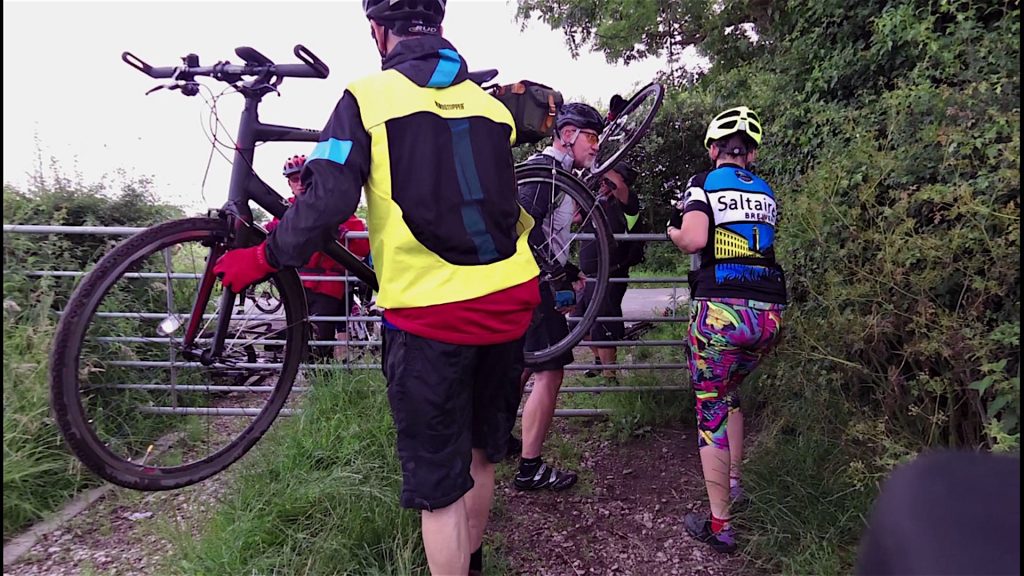 Good attempt with the outfit Clive, only second place though! 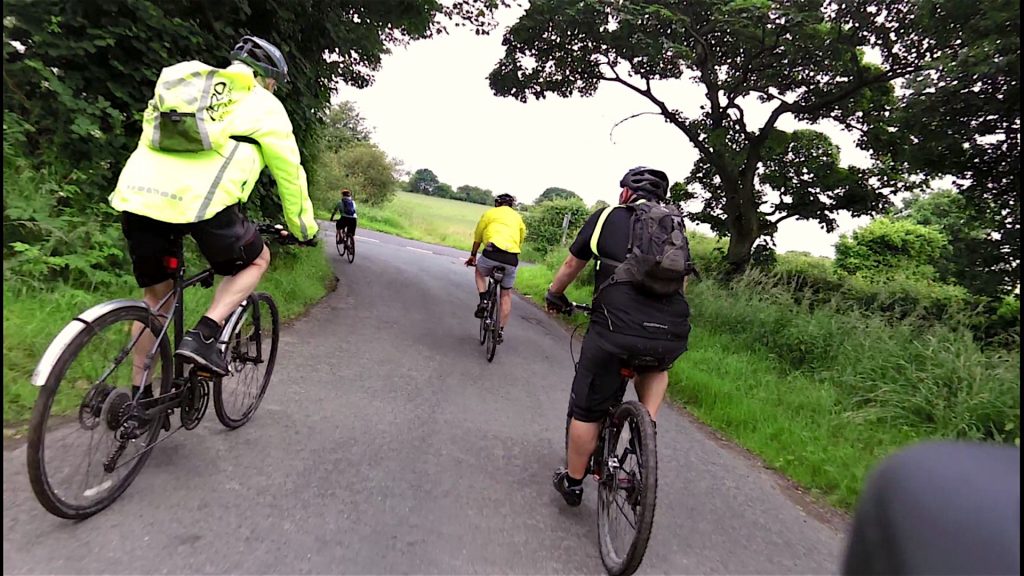 Back on Tarmac again! 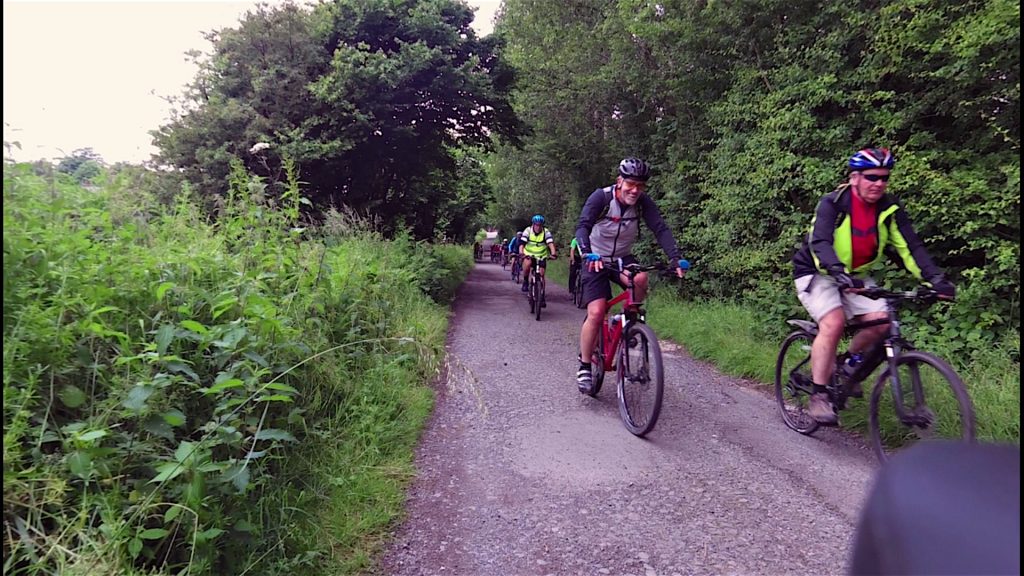 Just like the country lanes in France, only nearer to home! 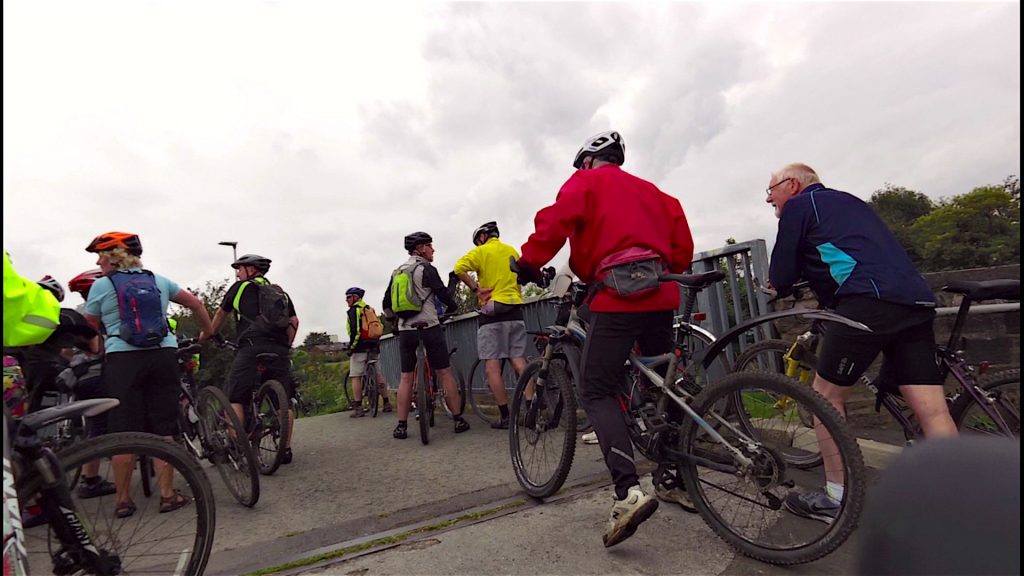 Quick breather before the push for home! 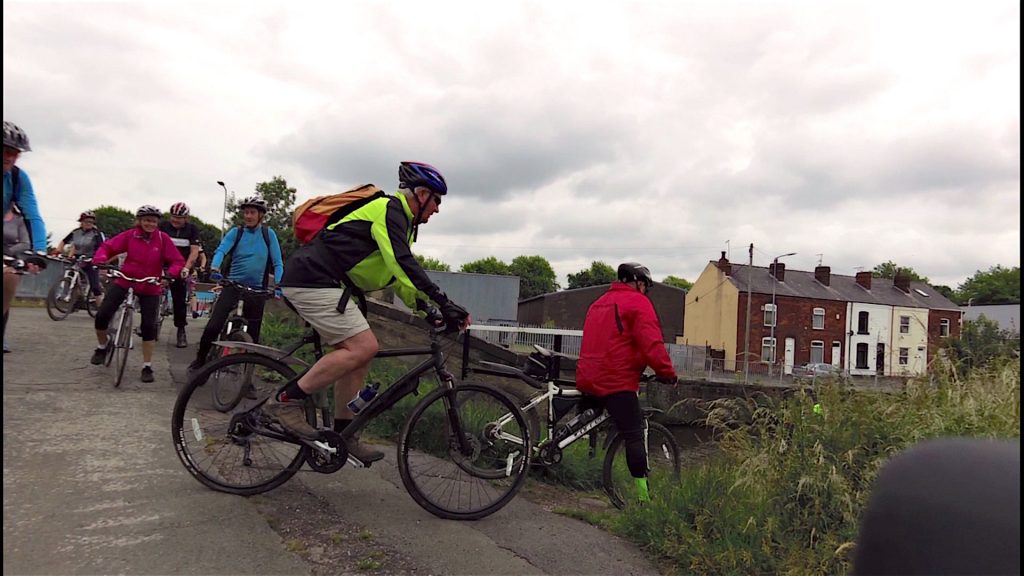