Home > Outings > Toogood For Some

Nice pleasant jaunt over to Wrightington on this outing, one or two hills along the way much to everyones delight. Round about 20 miles covered but only 28 minutes of it on film for some reason though, Brian’s done his level best to get some pics for you but it is only a few. Better than none though! 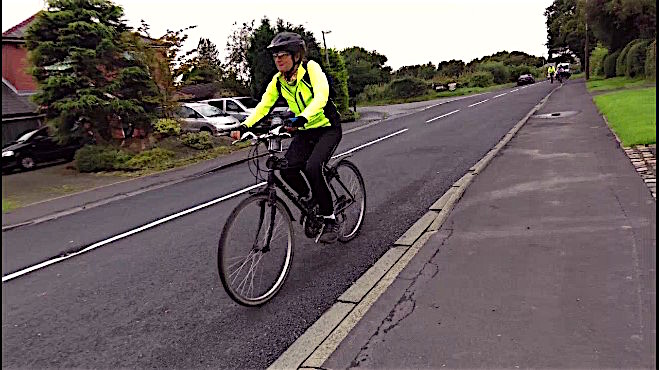 I just want to be on my own this morning! 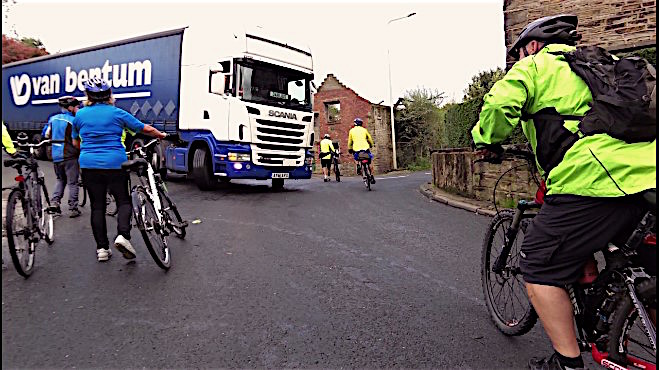 Not what you’d expect coming out of Lees Lane, Tony’s having none of it though! 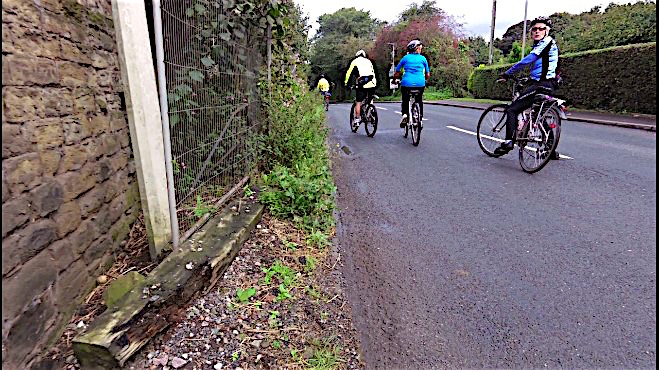 Just checking on where Hubby’s got to! 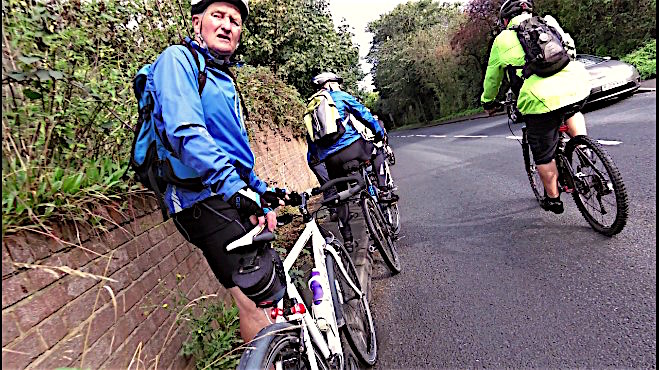 He’ll be along in a minute Joyce, just having a breather, poor chap looks exhausted! 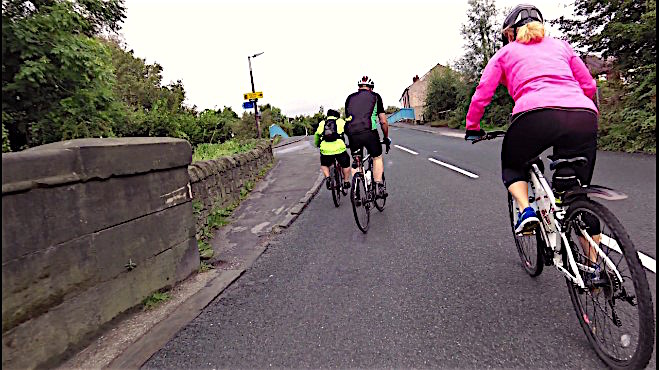 Nice hill in-store for everyone over the bridge! 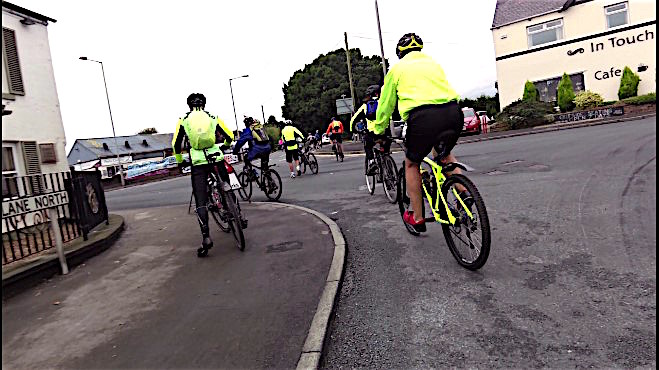 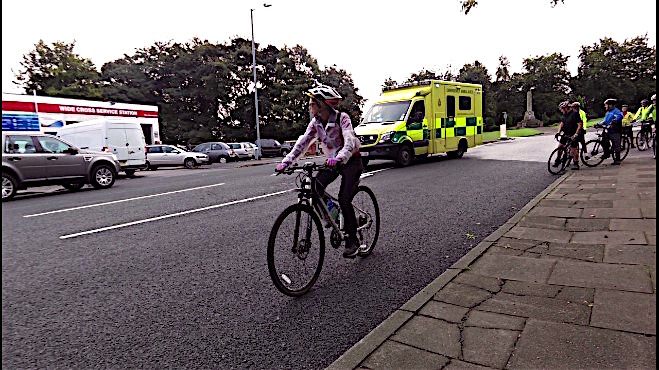 The Ambulance must be for Carole! 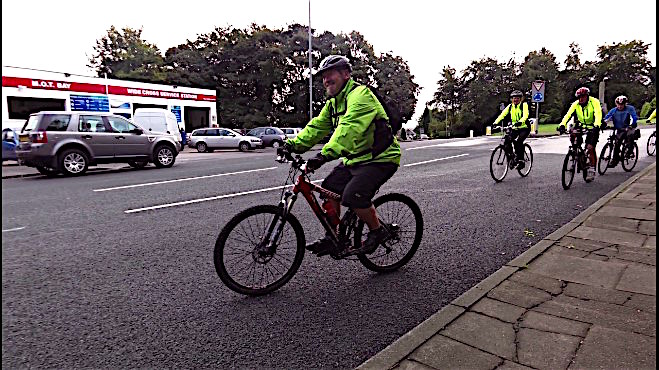 Tony back off his travels! 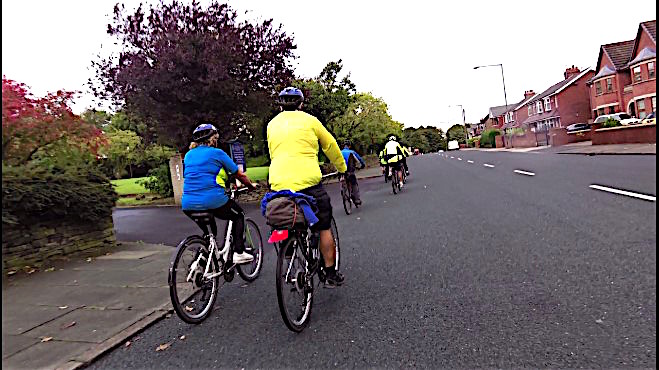 Nice to see the Bradleys back as well, front would have been even better!