Quite an impressive turnout for this one, bit of an Autumnal feel to the weather but absolutely fantastic considering the time of year. Another 18 miles clocked up heading out as far as Blackrod via Amberswood & Hindley Green, new one on me I must say. 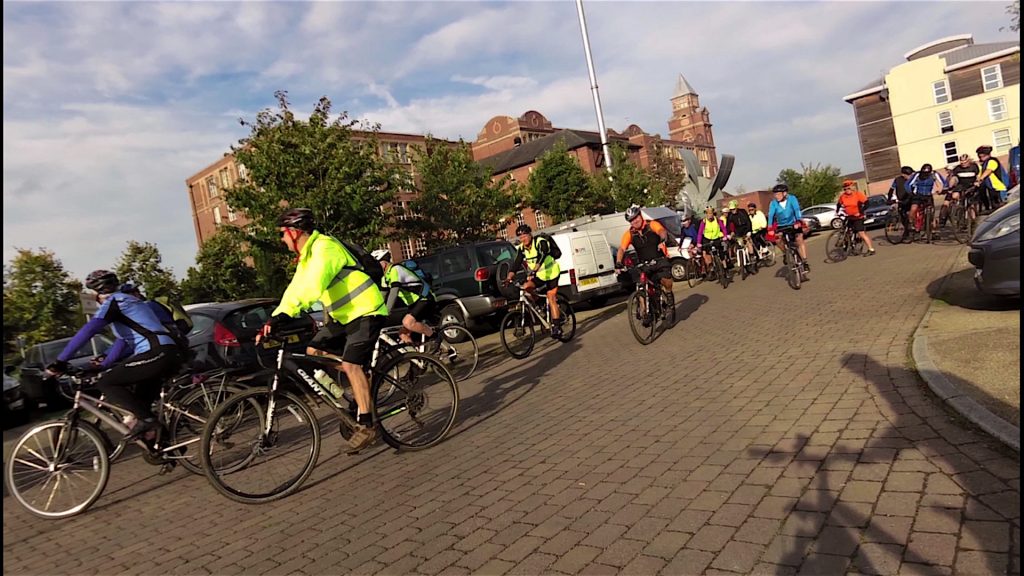 Heaven help us if everyone ever decides to turn up! 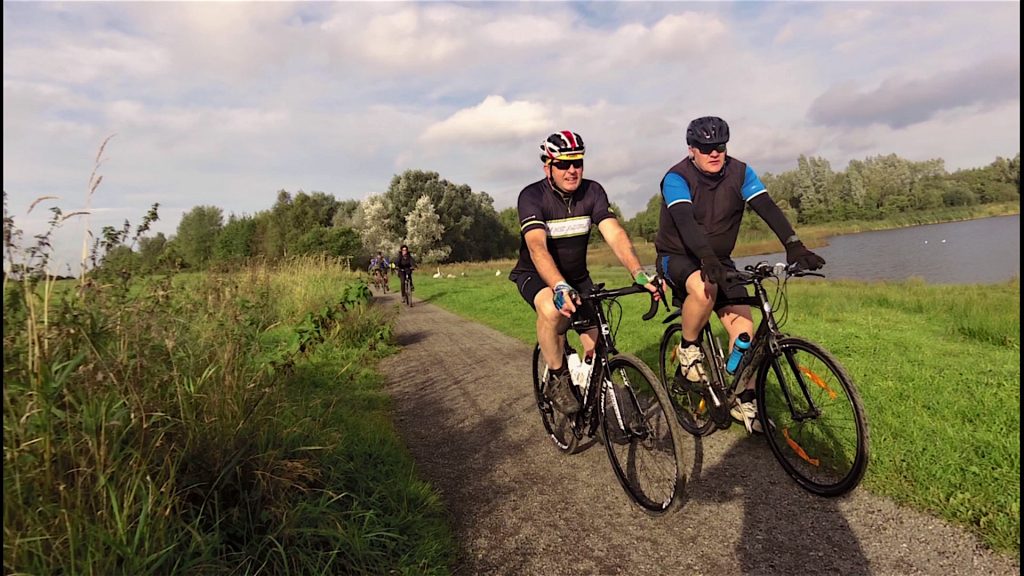 “The Black Knights” wouldn’t be your favourite colour would it fellas! 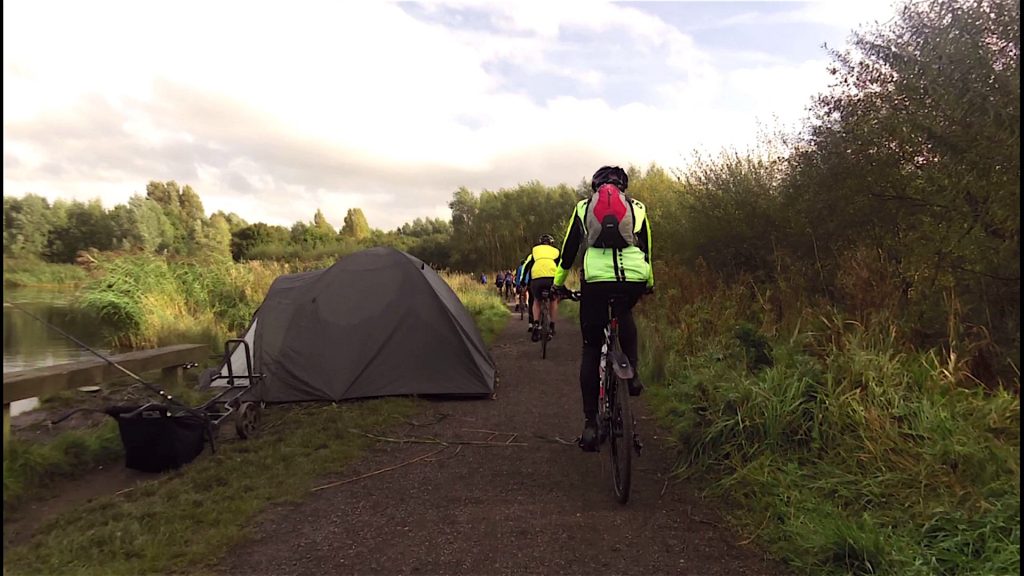 Of all the places to go camping! 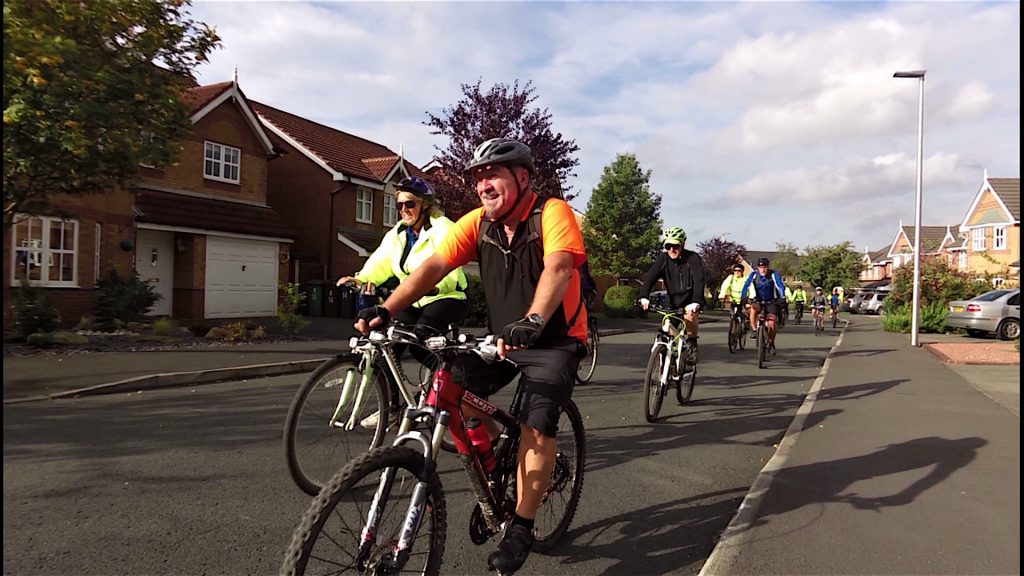 Tony mentioned that he felt a bit of a prick before the ride, hope the injection went ok! 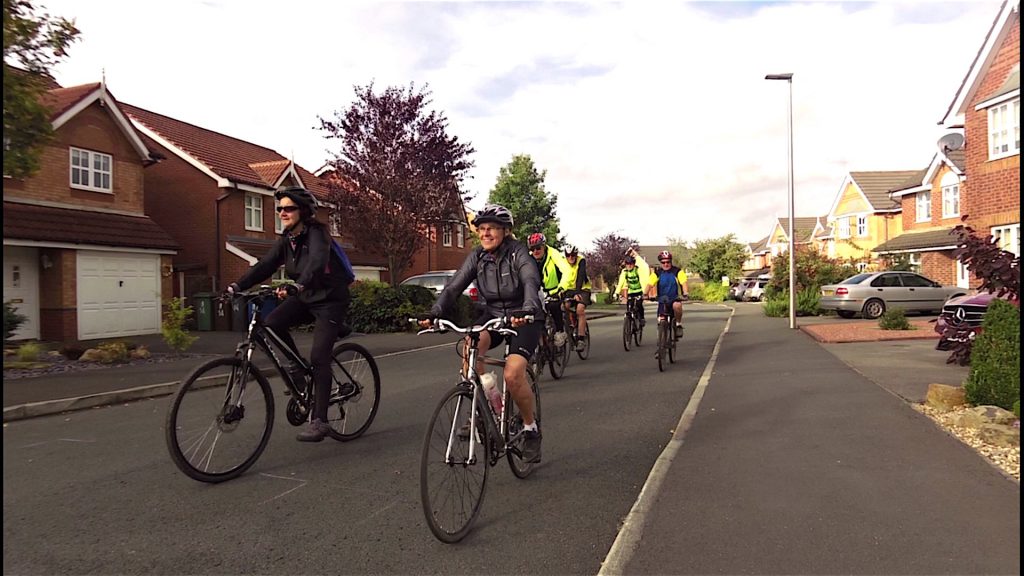 No Doreen, hope she’s sent in a sick note! 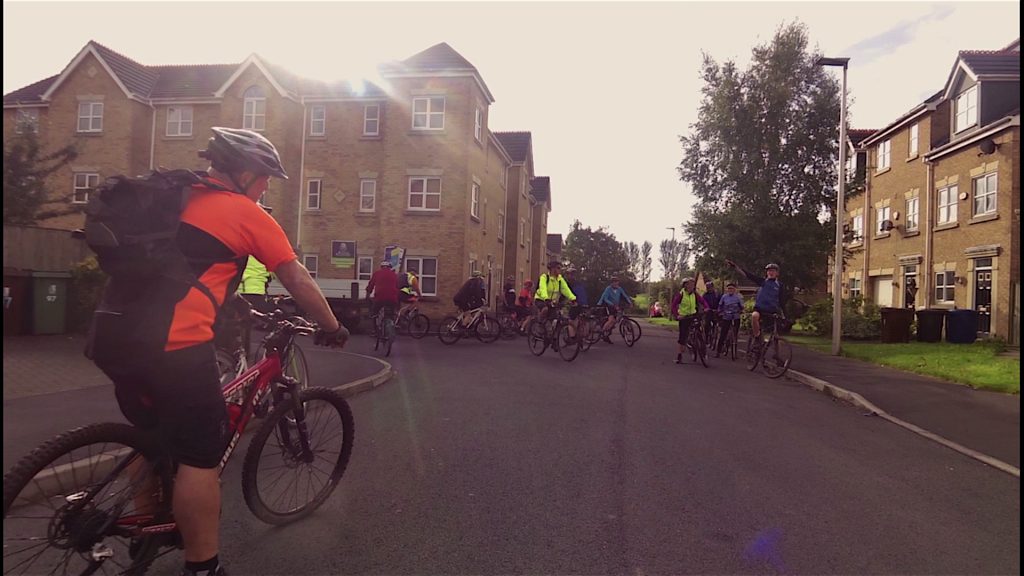 There goes Jim with that salute again, looks like they’re lost! 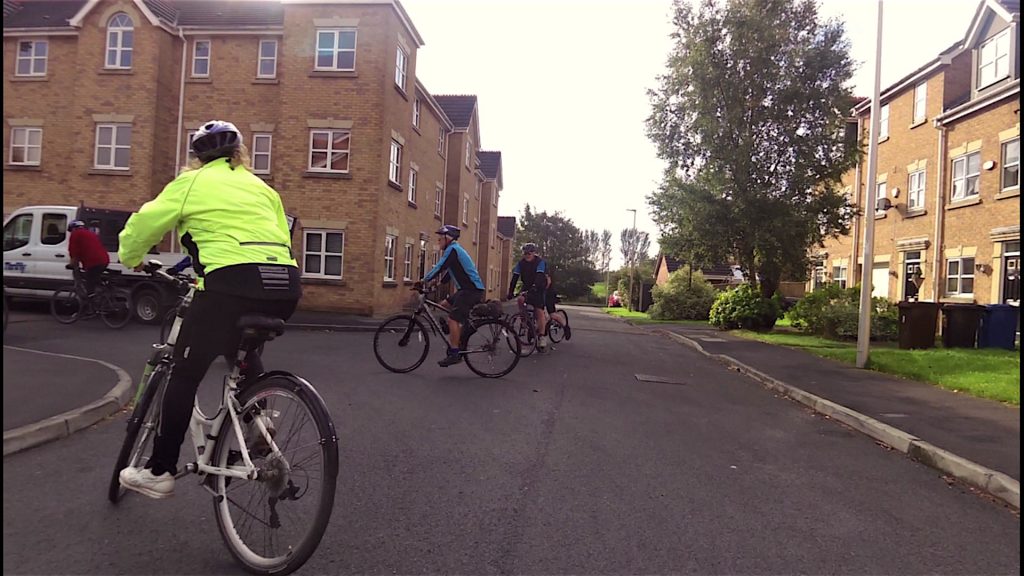 Yep very much looks that way! 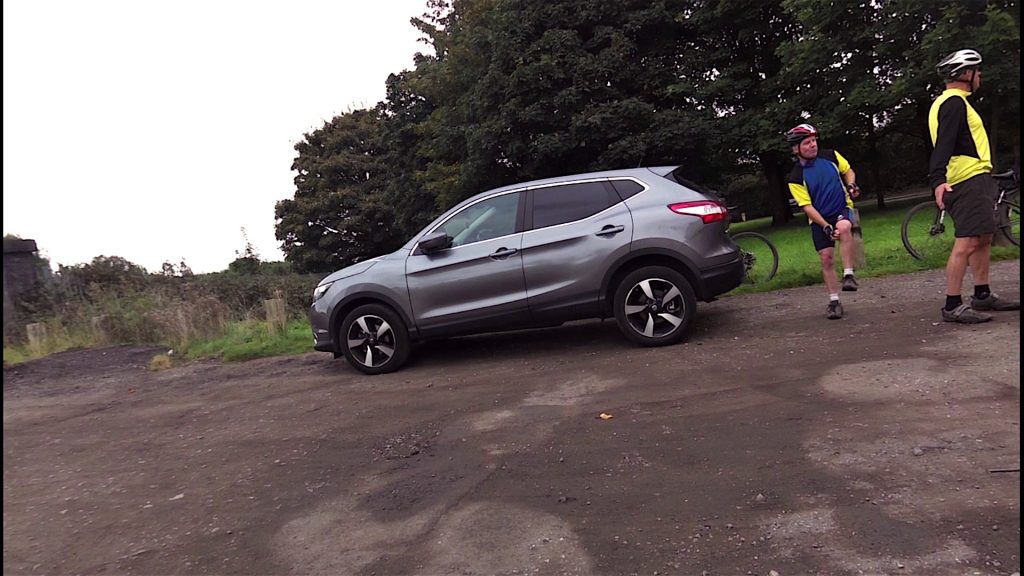 David entertaining himself with his solo version of the Hokey Kokey! 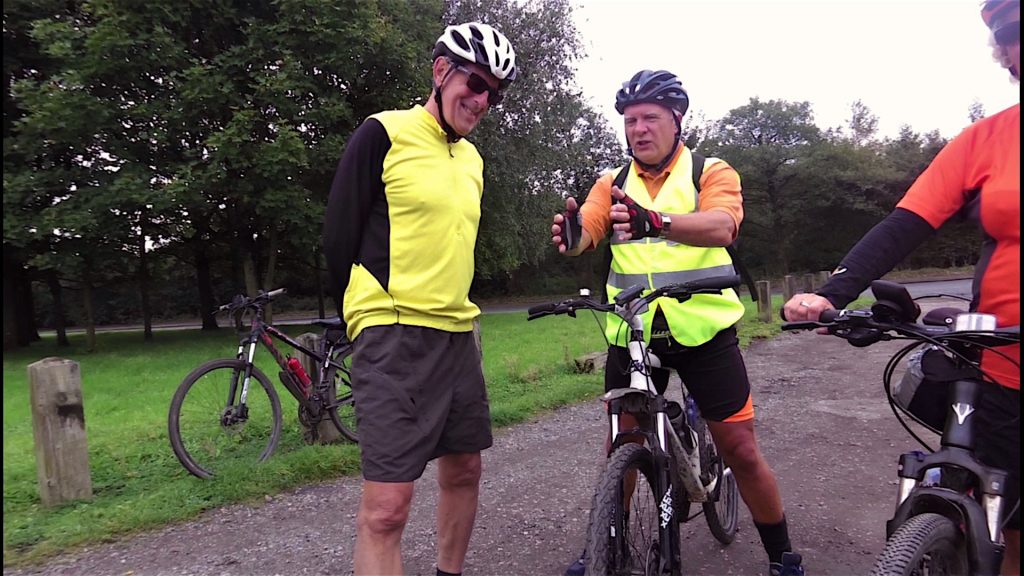 Not sure what Alan’s bragging about, Steve thinks its highly amusing though! 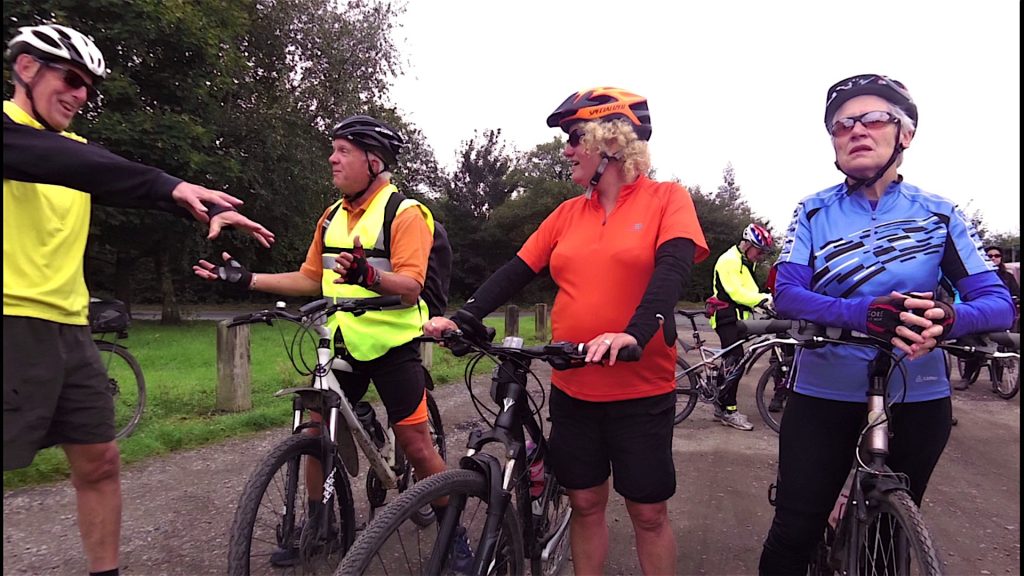 Whatever it was Steve’s made it disappear “Just Like That” Tommy would have been so proud! 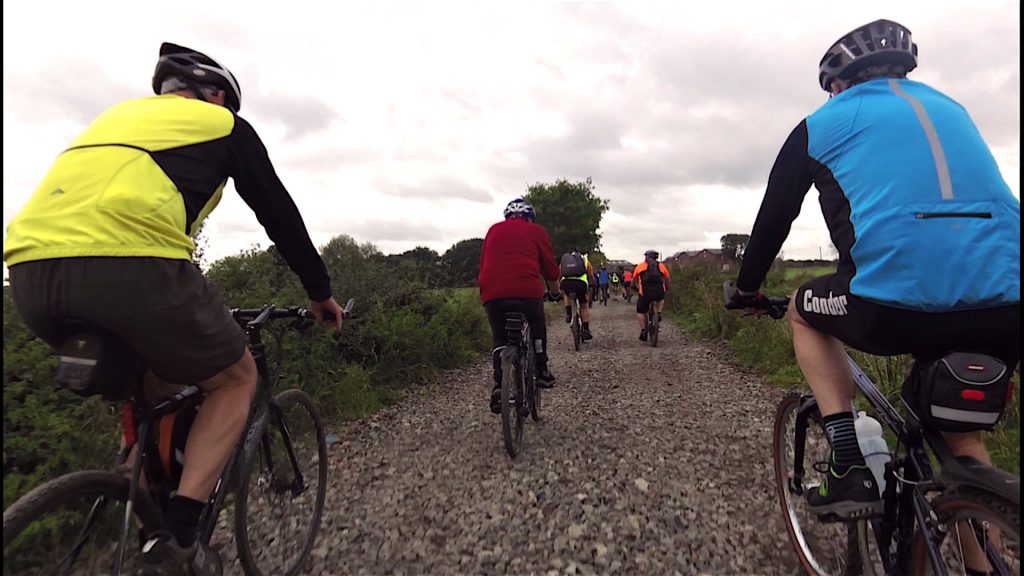 Bet that went down well with the roadies! 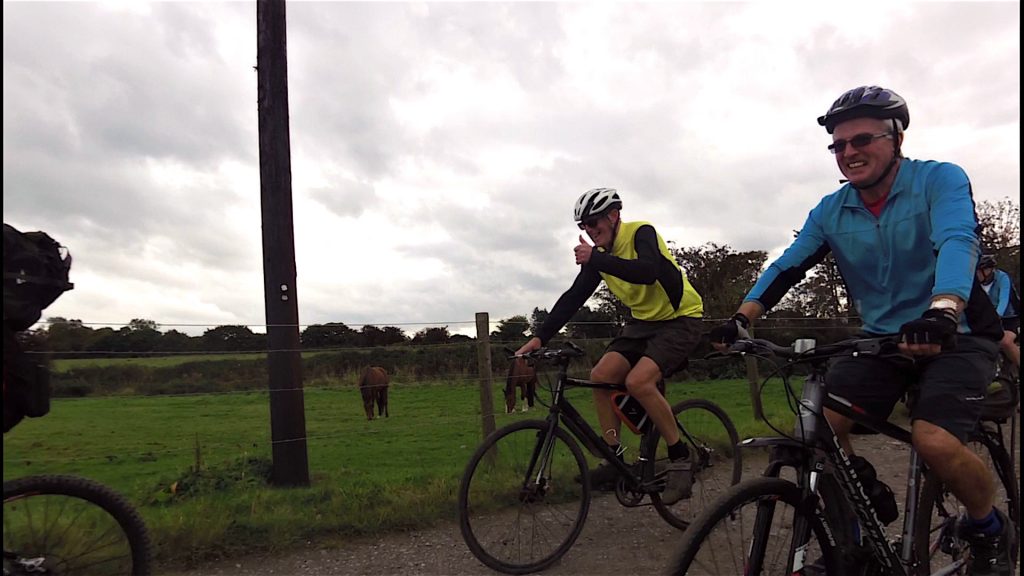 Thumbs up from Steve, looks like he managed to grab that miniature horse with his other hand! 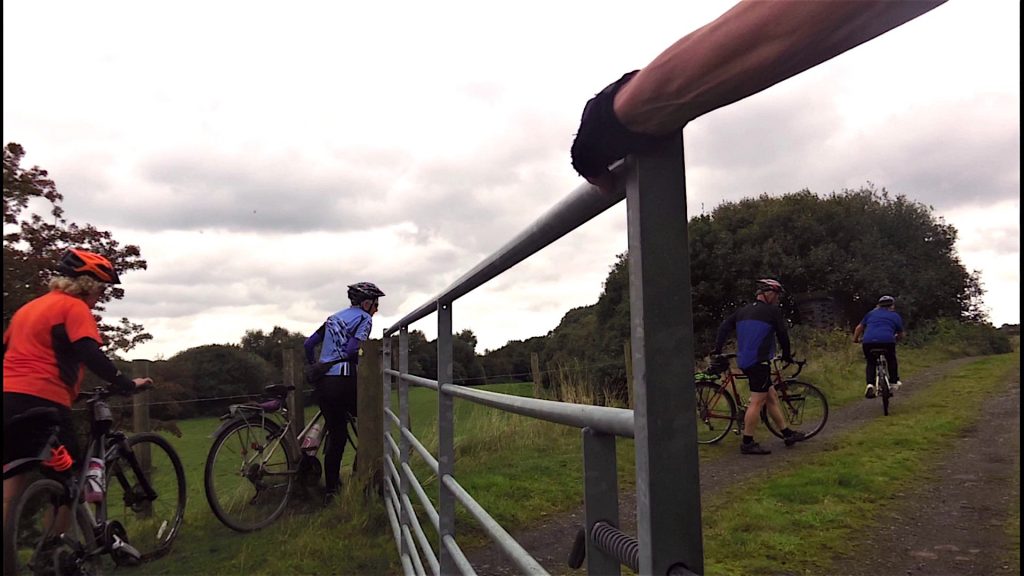 Or as an alternative you could have just used the gate! 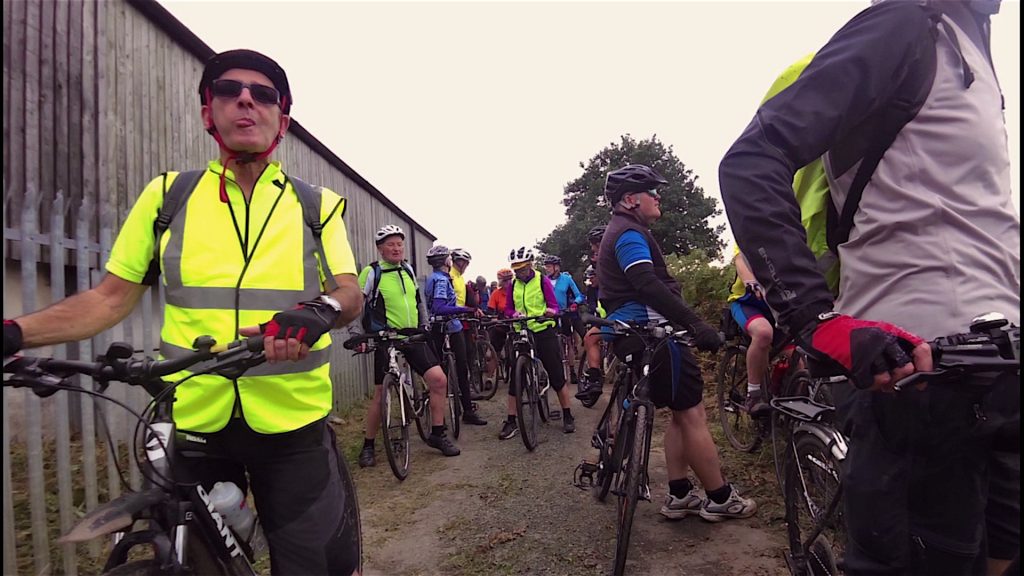 Penny for them Pete! 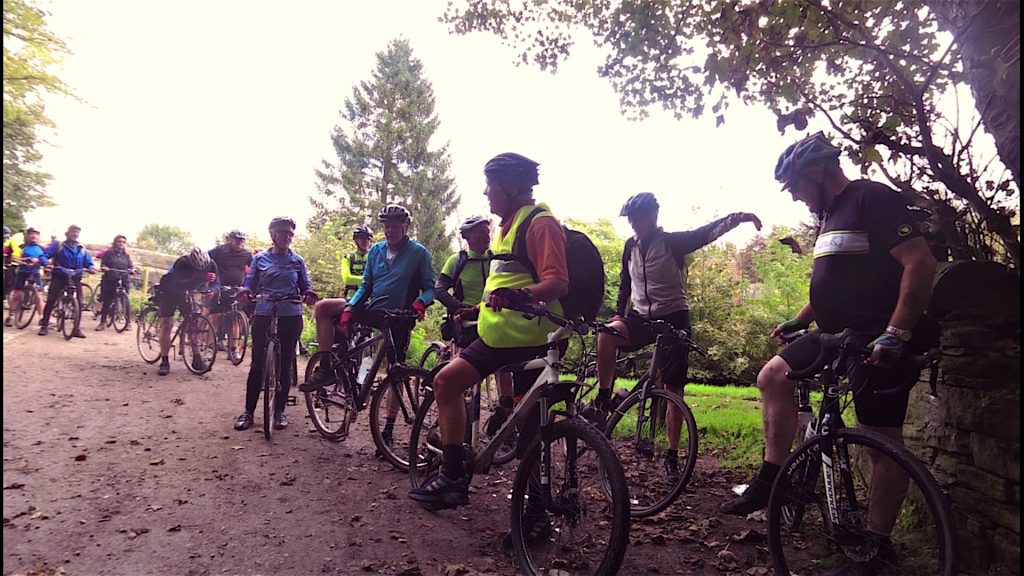 Good attempt at “Im A little Teapot” your right arm does need angling out a bit, left one is spot on! 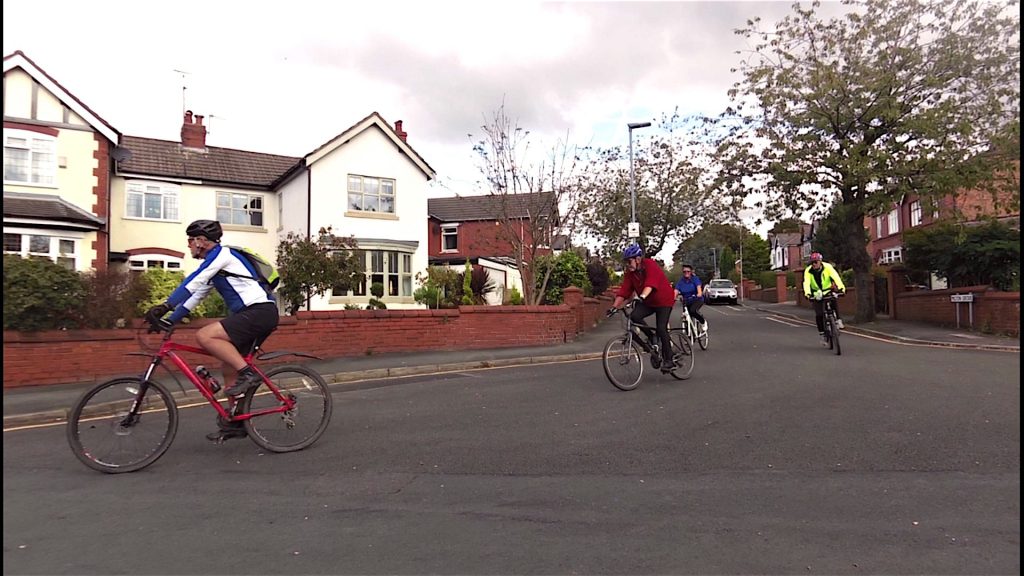 Almost home for Thelma, wonder if she bailed out! 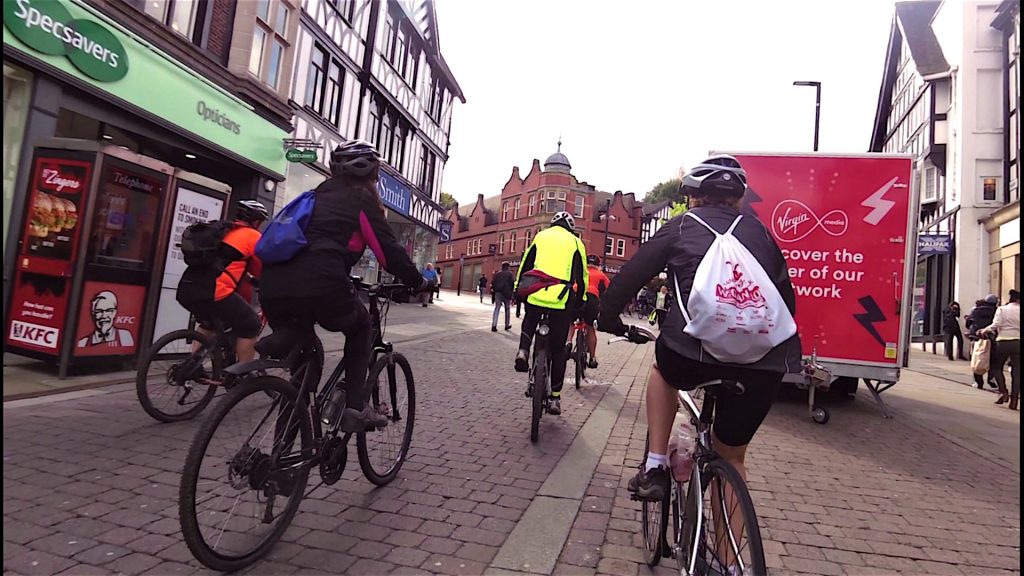 Nope, there she is surrounded by several old bags & one not so old! 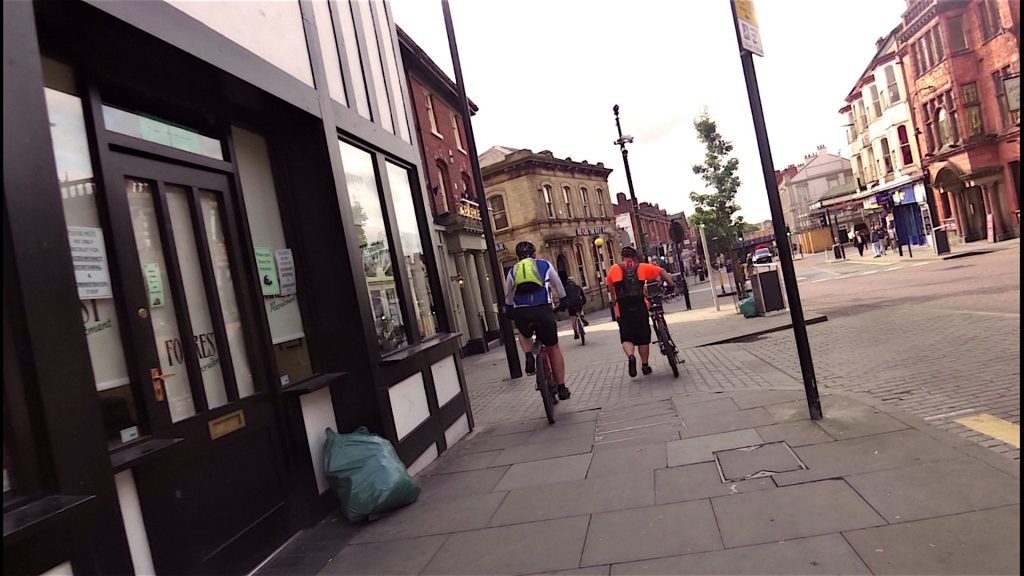 Nice to see Tony abiding by the law! 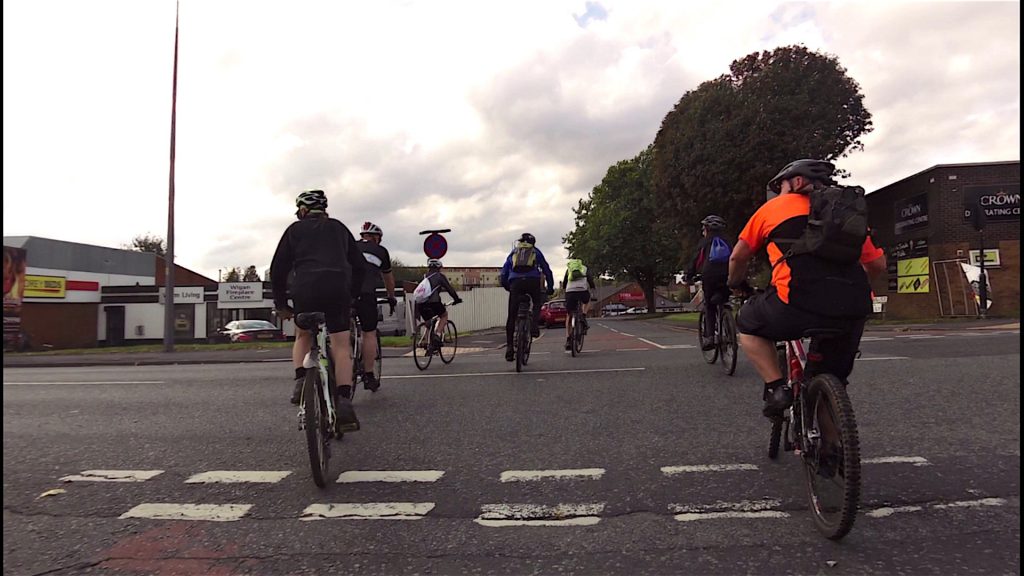 Eyes left, can almost smell the coffee from here! 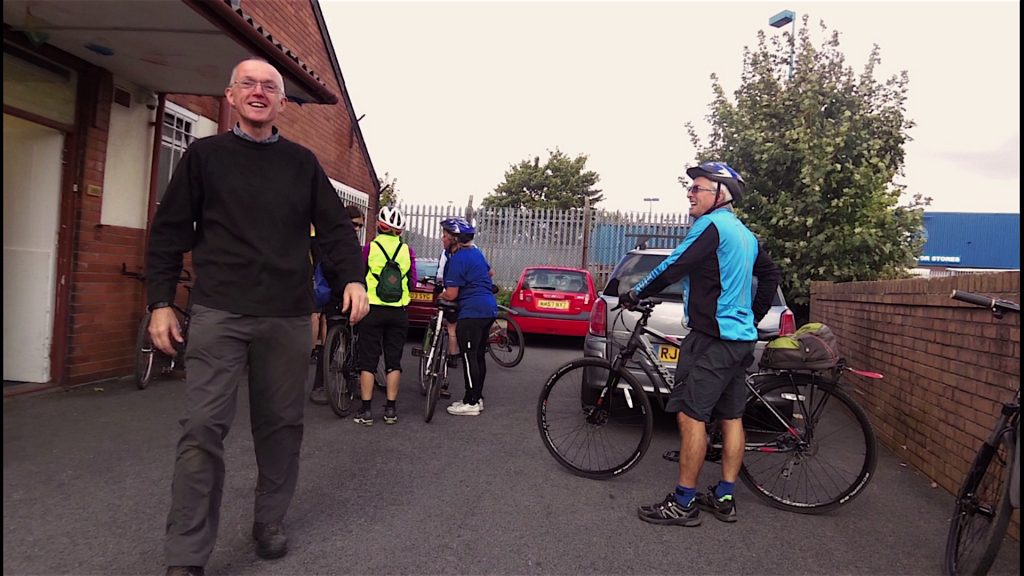 The Doctor has left the building! 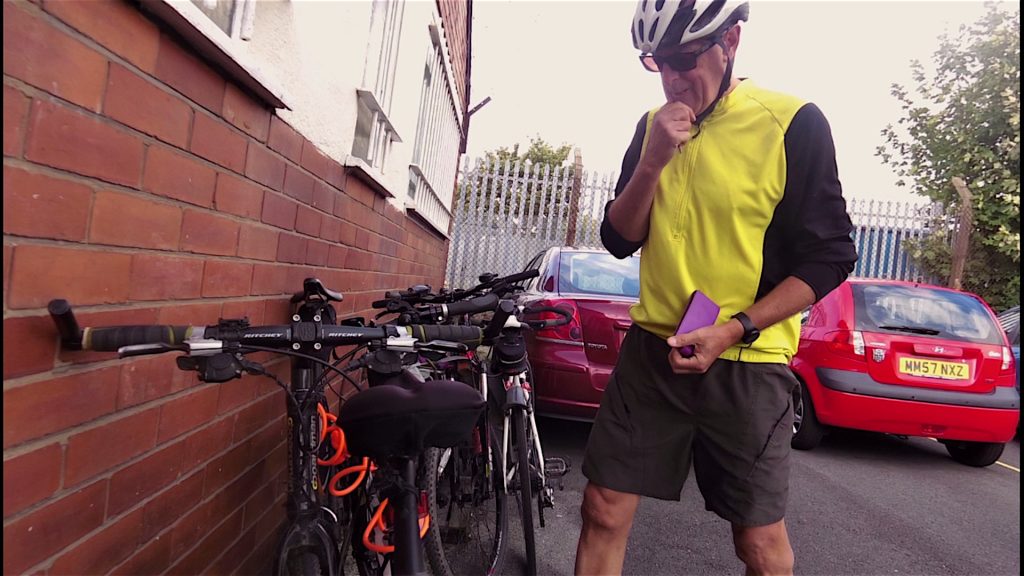