Quite an excursion this for a Trencherfield outing, think Phil wanted something to be remembered for while he swanned off to Thailand. New territory for some of the group I would imagine and one of the areas toughest climbs thrown in for good measure. 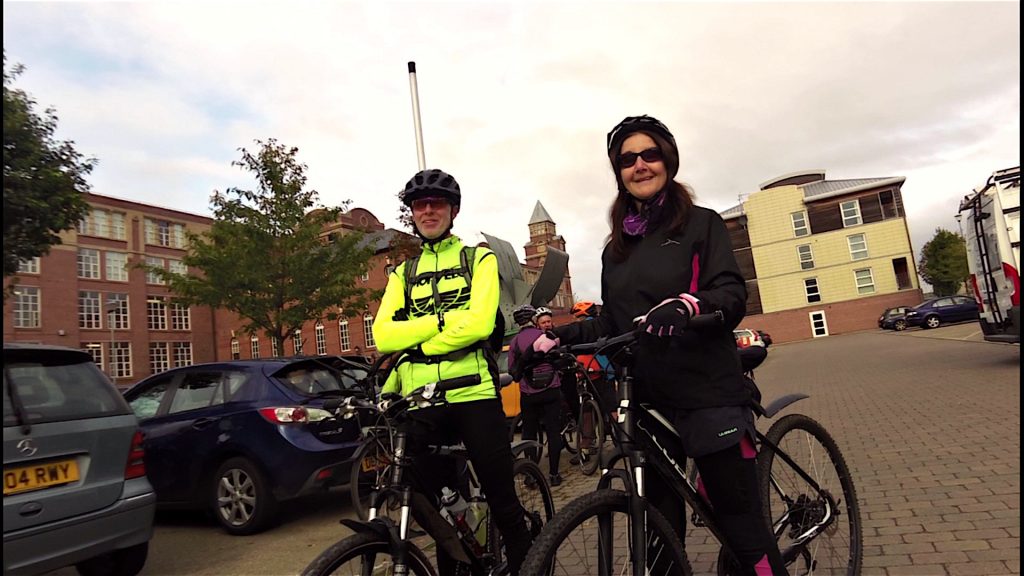 All smiles from Enid at the start, think Phil told her it was a flat ride! 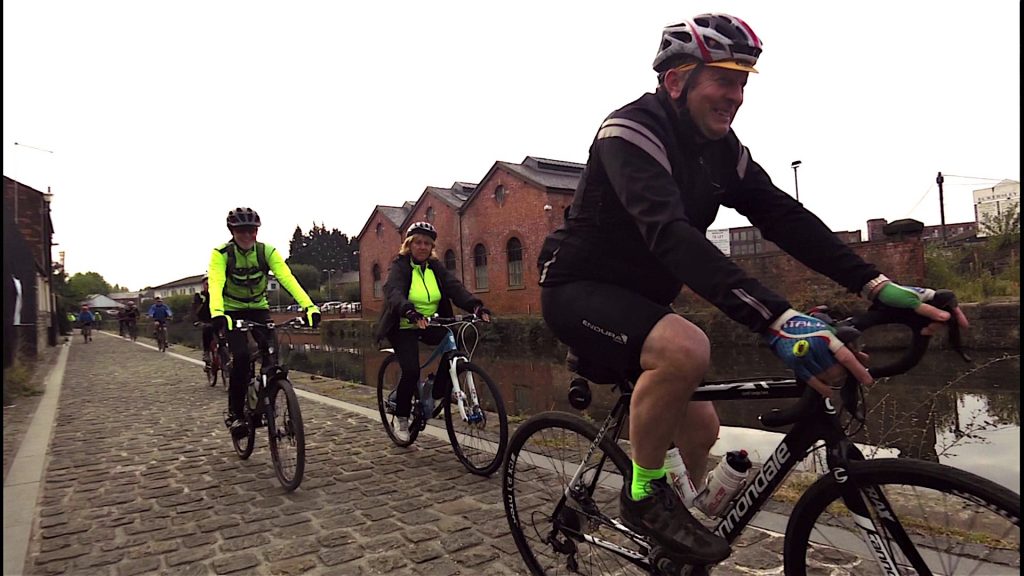 Cant say the same about Sue though, she does look a tad grumpy. Must be the Cobbles! 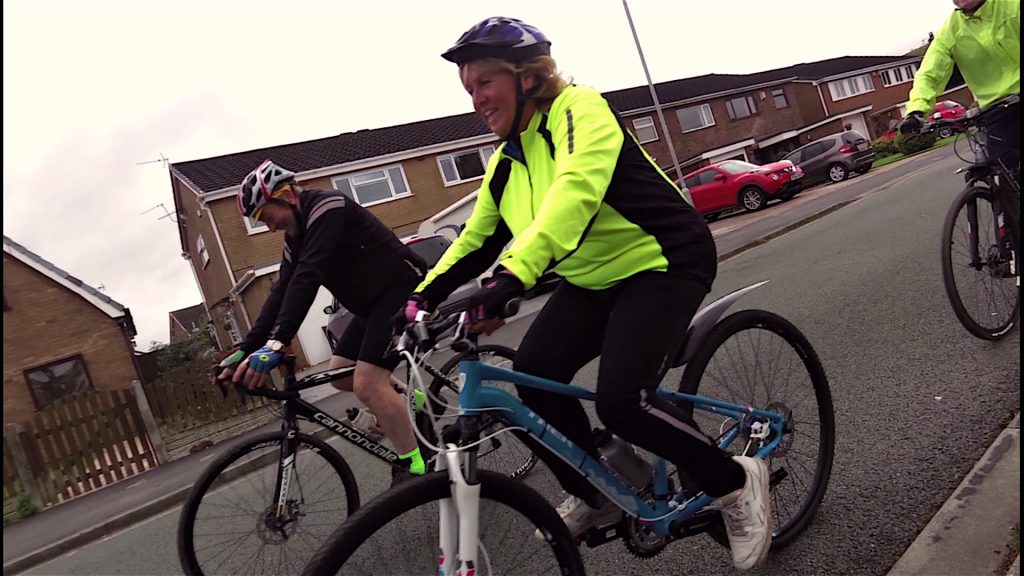 Back to normal, Cobbles it was! 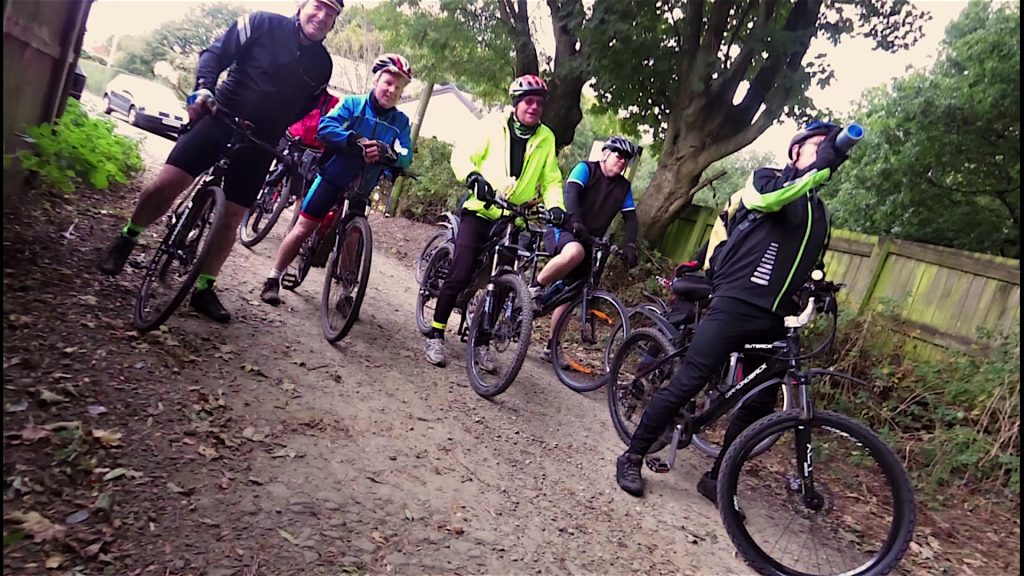 Everyone relishing the downhill section into Elnup! 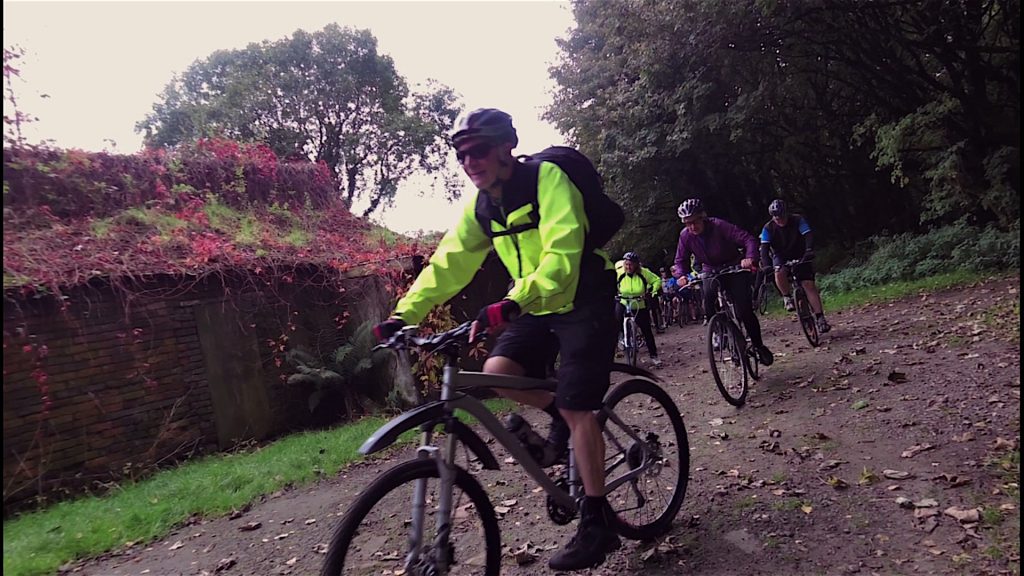 Last lead for a while, good luck on the adventure! 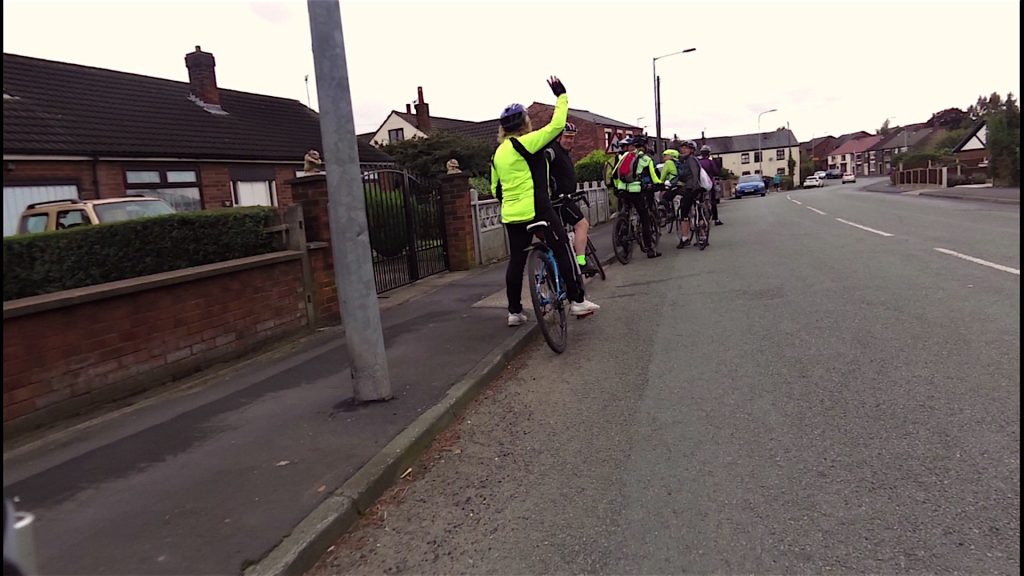 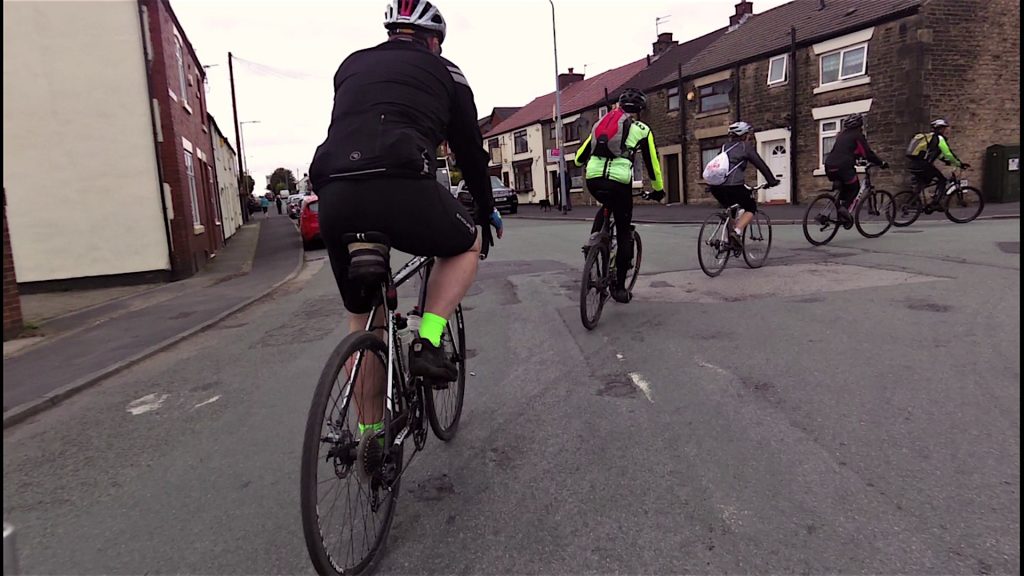 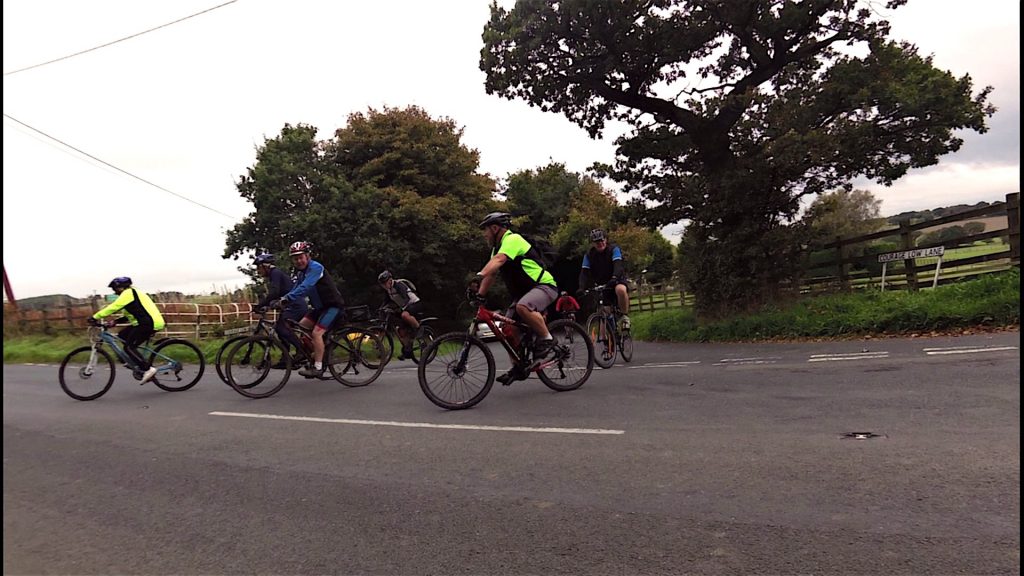 Little teaser is that Junction! 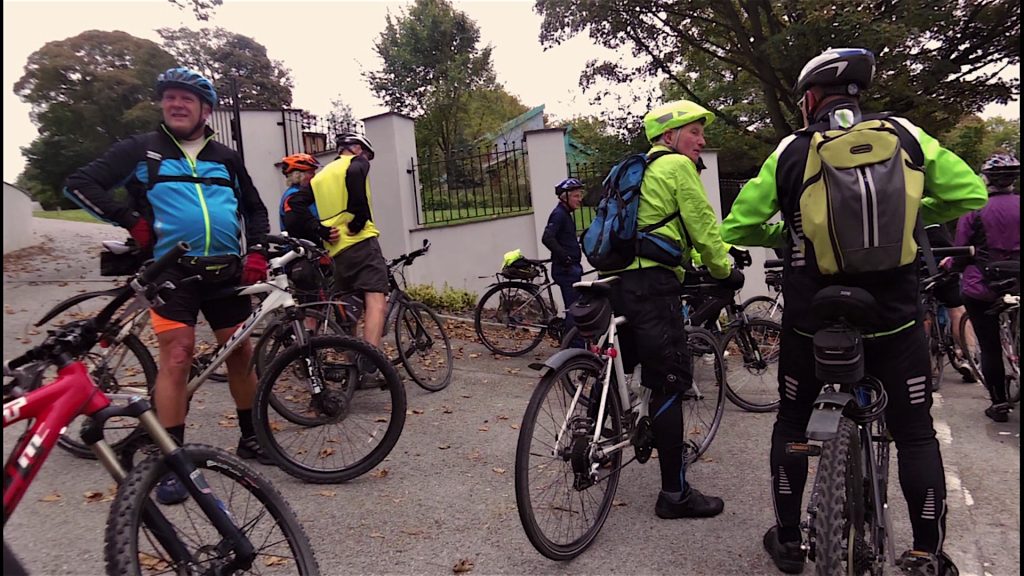 That reminds me, where on Earth did I leave that Football. 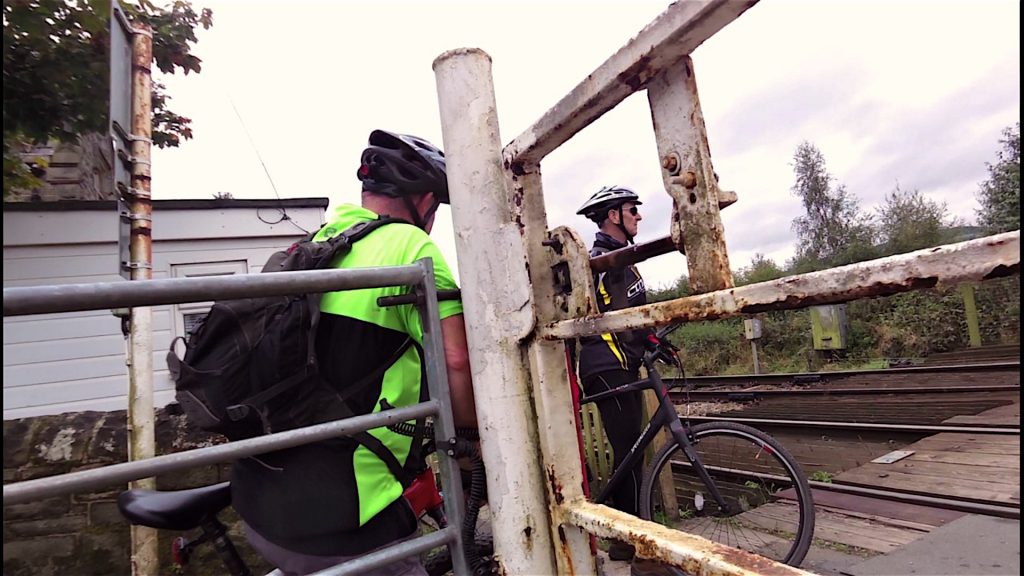 Keep an eye out for the Trains Clive! 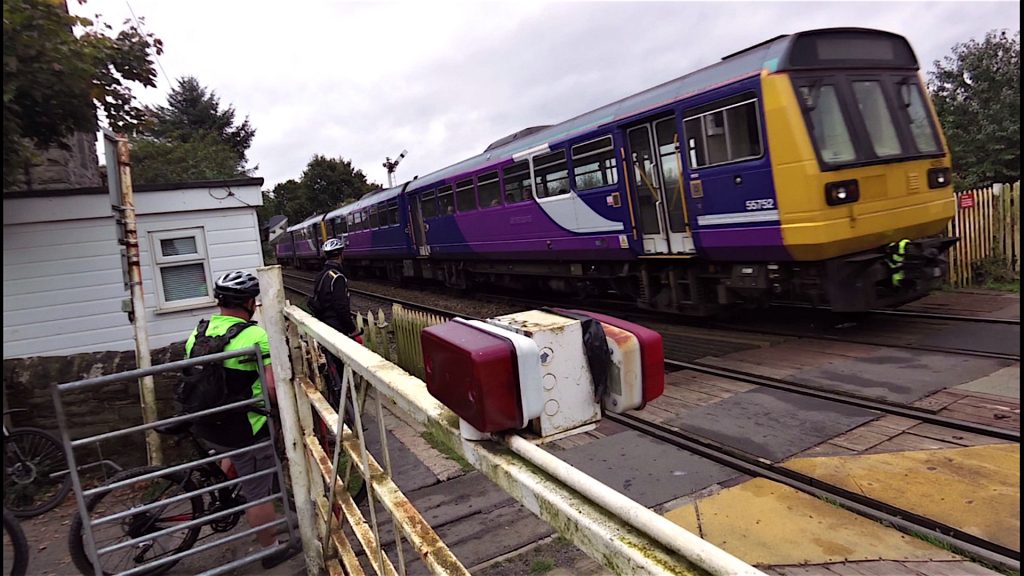 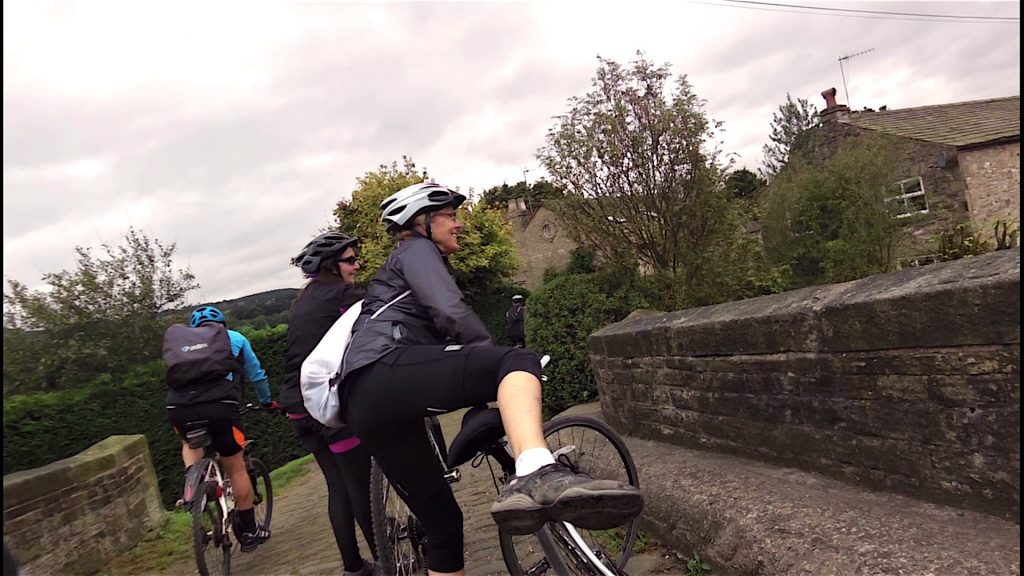 Make your own caption up for this one, making use of the words Jean, leg and over! 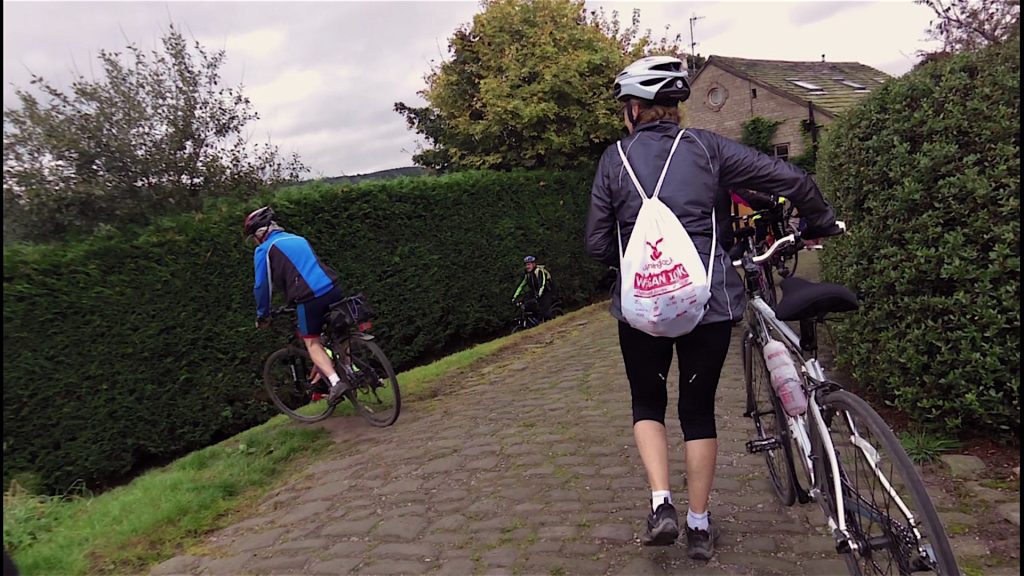 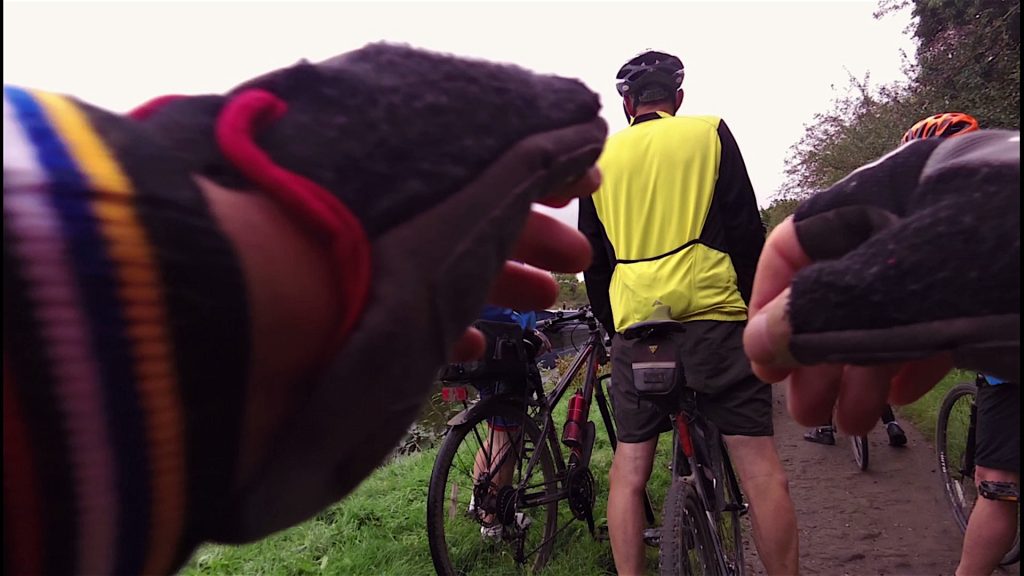 Watch out Steve there’s a Giant on the loose!

Sweetest of smiles, but at the same time thinking bloody cyclists! 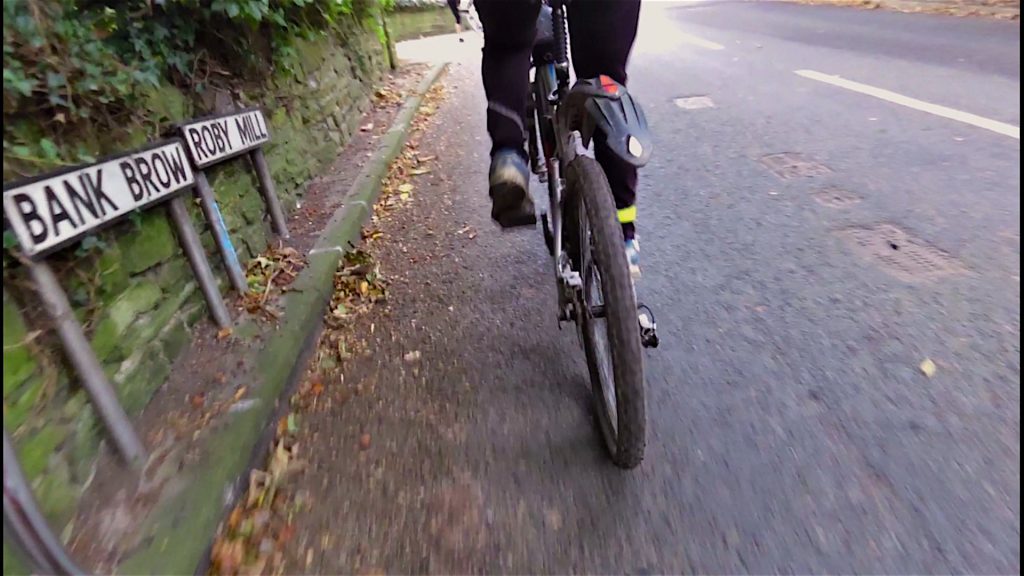 Nice one Phil, hands up, how many rode all the way? 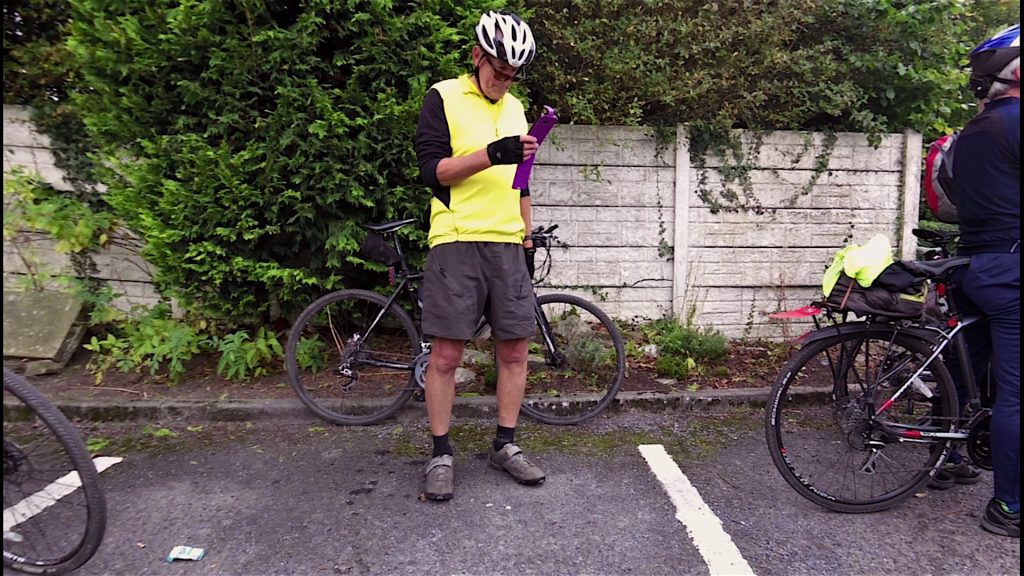