A Grand Day Out

The last time we did this route was the first outing after the enforced Covid hiatus about 18 months ago. The weather that day wasn’t particularly kind, to be honest I don’t think the ride reached a conclusion, bodies disappearing left right and centre, but to be fair the rain did come down in biblical proportions. Nothing of the kind this time, although an angry looking sky in some parts meant the chance of some rain was never far off the agenda.

Bright sunny start from Trencherfield heading out along the canal to Leigh Sports Village to meet up with the rest of the party including one or two faces we hadn’t seen for quite a while. Sixteen of us in total, but I could be wrong and stand to be corrected.

Pennington, Lane Head at Lowton, through Croft and the outskirts of Risley towards Hollins Green. All going to plan so far but the route then took an unexpected diversion towards Glazebrook, all became clear that Pete had found a cut through into Cadishead that avoided a section of the busy A57, one to remember for future if I can ever find it again. Cadishead into Irlam and then Astley Road and Twelve Yards Road towards the City Airport for our lunch stop. If you’ve never ridden down those two roads you really need to, just so you can tick them off and never need to do them again. They run across Astley Moss, but with a combination of subsidence, land heave and constant farm use they provide quite a challenge. Not technical but they have split in places, just about bike tyre width, you simply just don’t take your eyes of them at all. Margaret bless her did it on a road bike and was quite relived when we finally reached the Airport. Al-fresco dining, usually chit chat, kiddies fun-fair and the surprise appearance of a military Chinook helicopter coming in to land kept us entertained. Its engines never stopped and took off again just as we left, can only assume the pilot needed the loo.

Bit of road followed by cycle paths took us to the canal on the outskirts of Worsley and the flurry of rain jackets being hastily put on as the rain finally decided to make an appearance. Needn’t have bothered though, few minutes later it stopped again and never reappeared. Took longer to put the jackets on! Route 55 through Worsley woods was punctuated by a call from the back that someone had been stung, thought the food prices at the Airport were on the dear side but not that bad. Turned out Margaret had actually been stung, on the face of all places, ouch! Route from here was onwards to pick up the guided busway into Leigh. Frank used the time we were stopped while Margaret was rendered first-aid to explain that he would be leaving us at the next fork to take an easier route home. Not sure who he was trying to convince, himself or us. Wouldn’t ever doubt Frank though! Margaret patched up and Frank on his way it was the guided busway into Leigh, the parting of ways for some and the final stretch of canal back to Wigan for the rest of us.

Great ride Pete, really enjoyed it, and many thanks to Allan R for back marking. 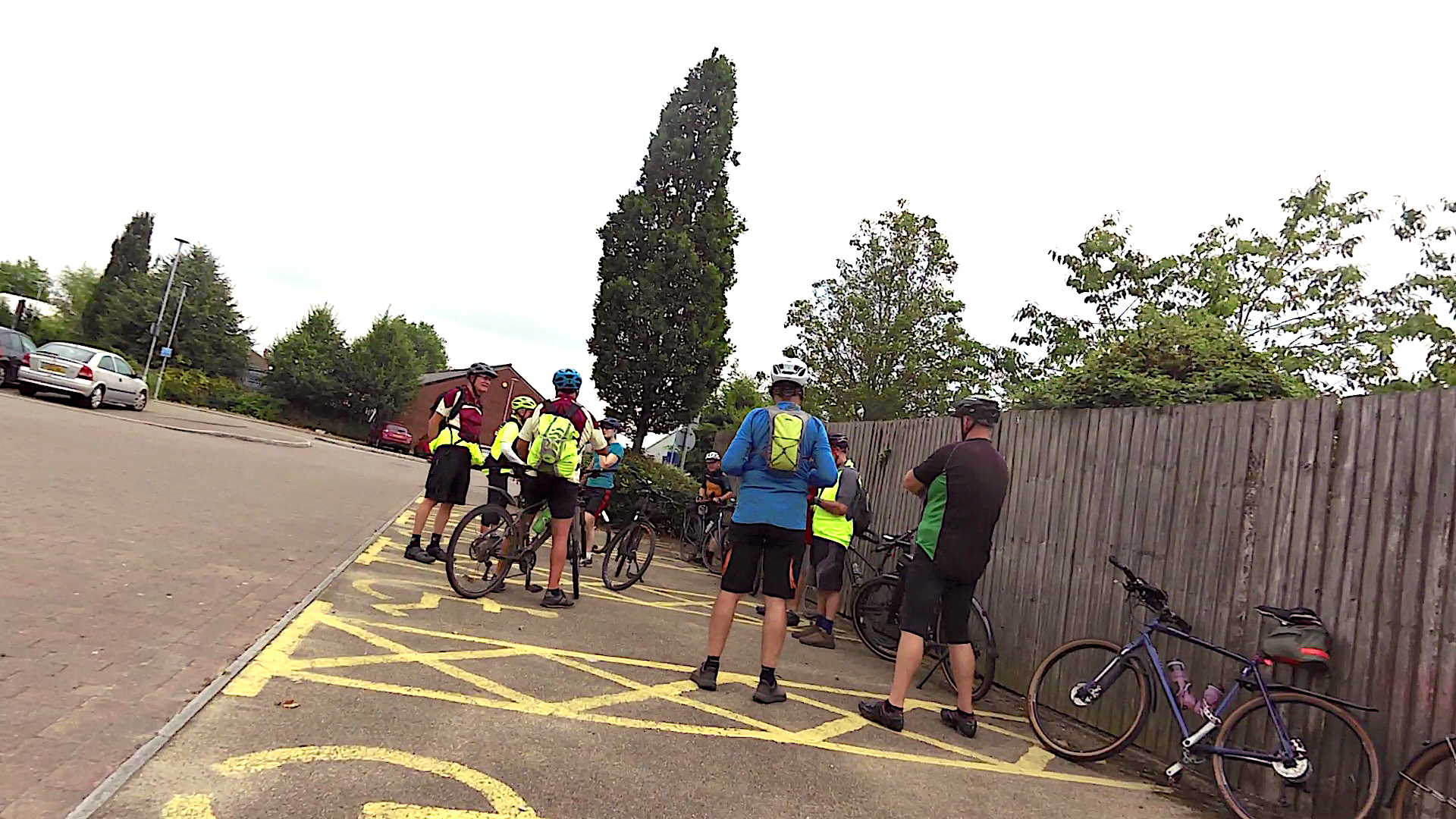 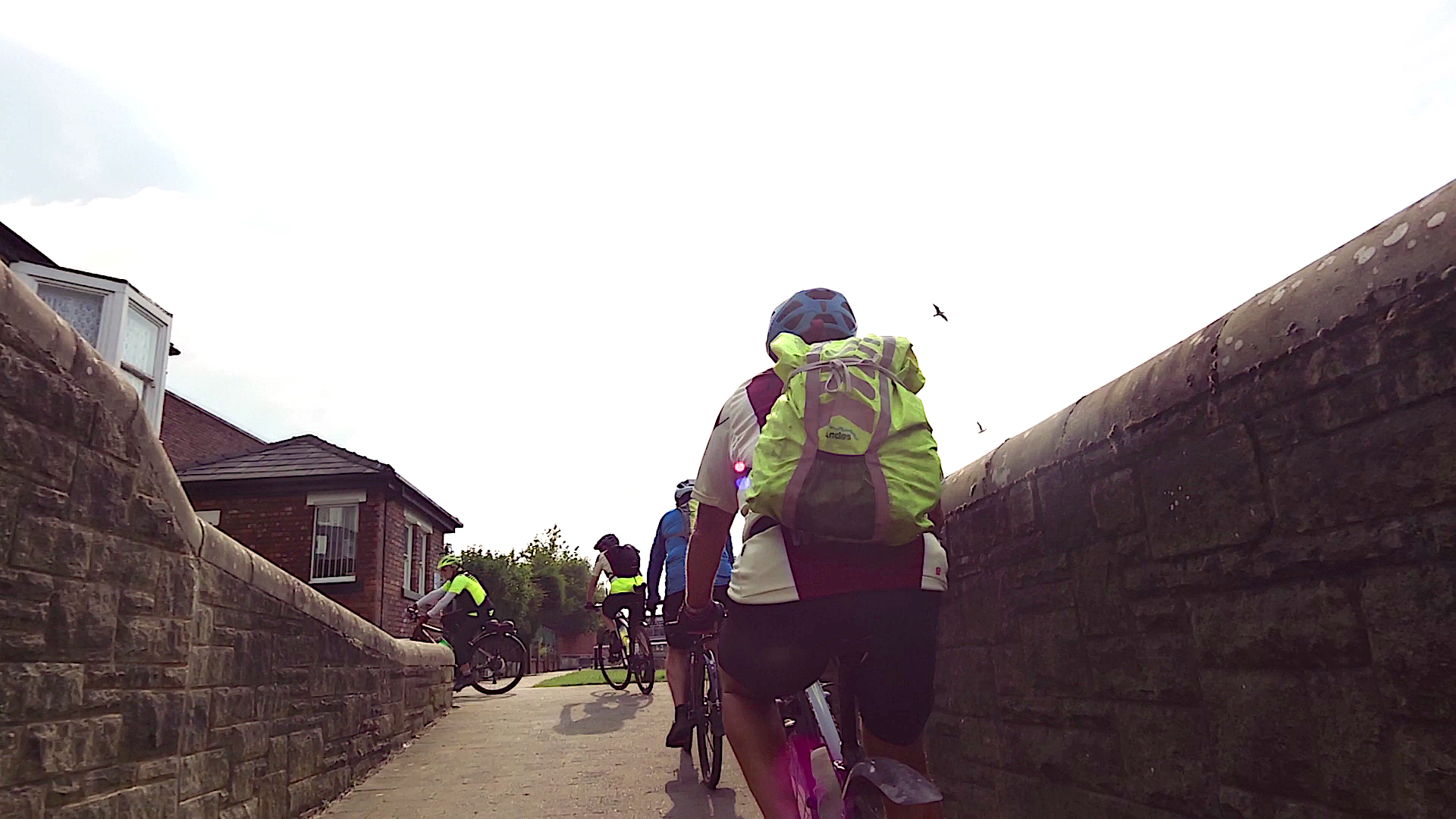 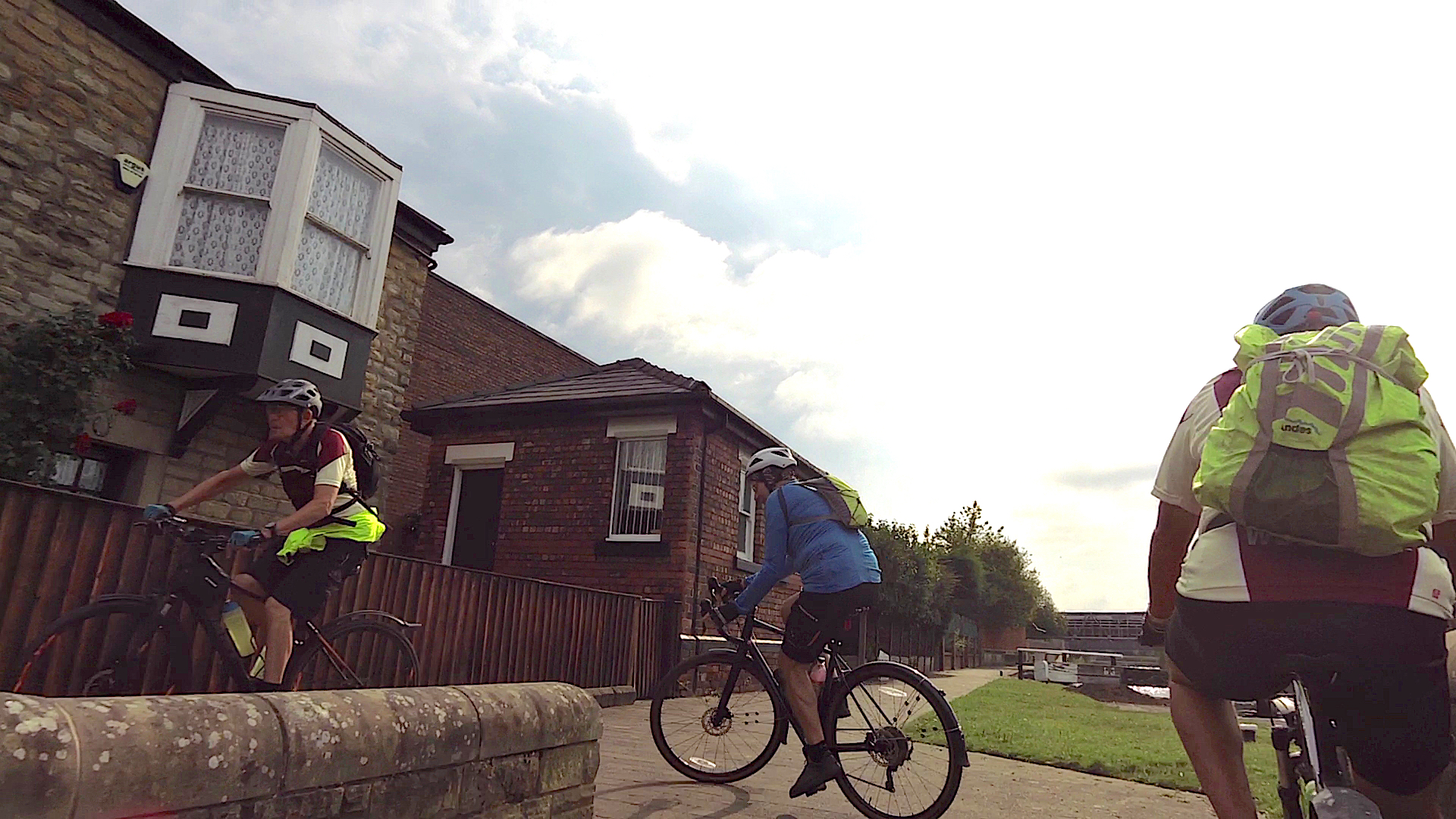 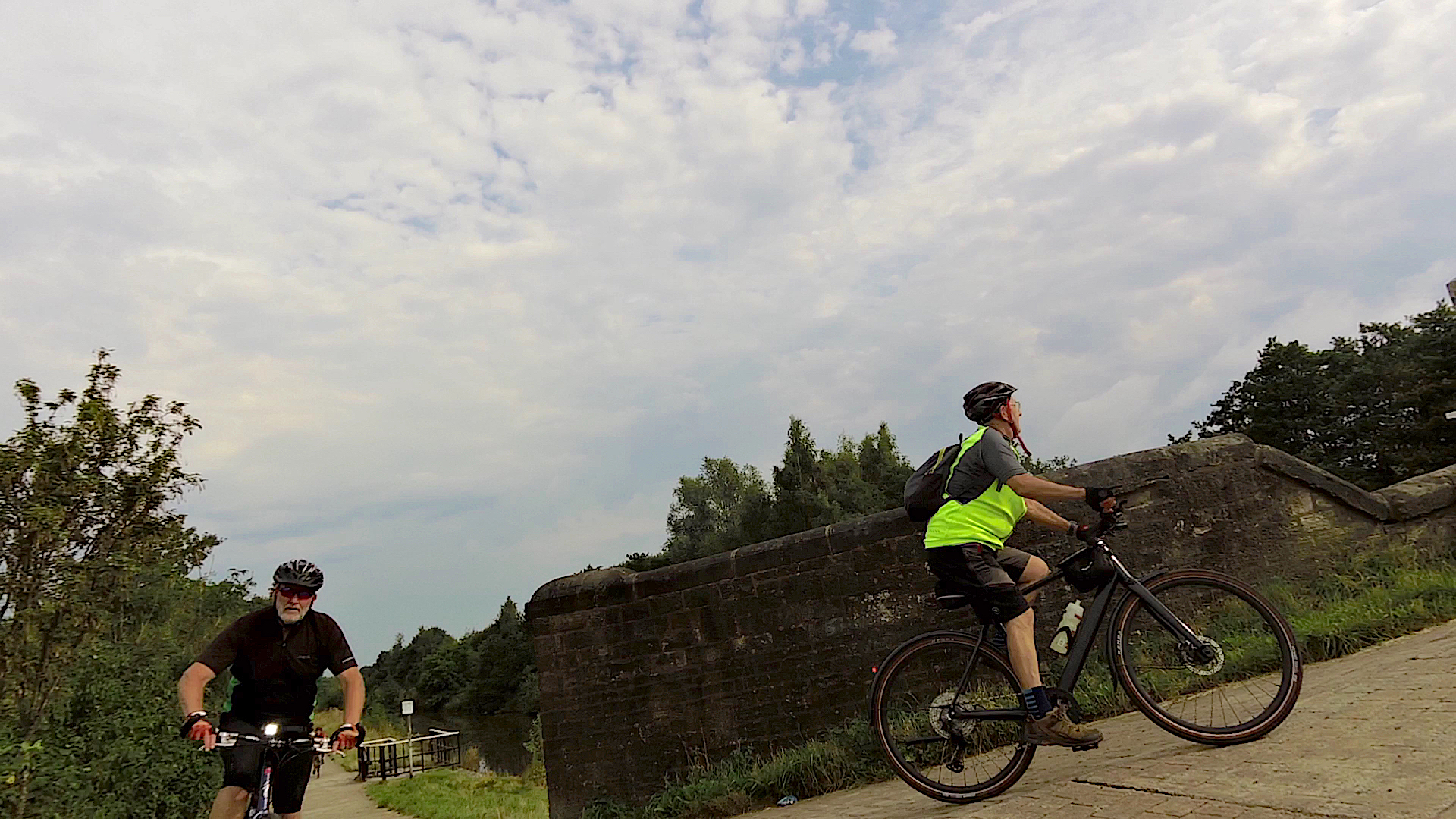 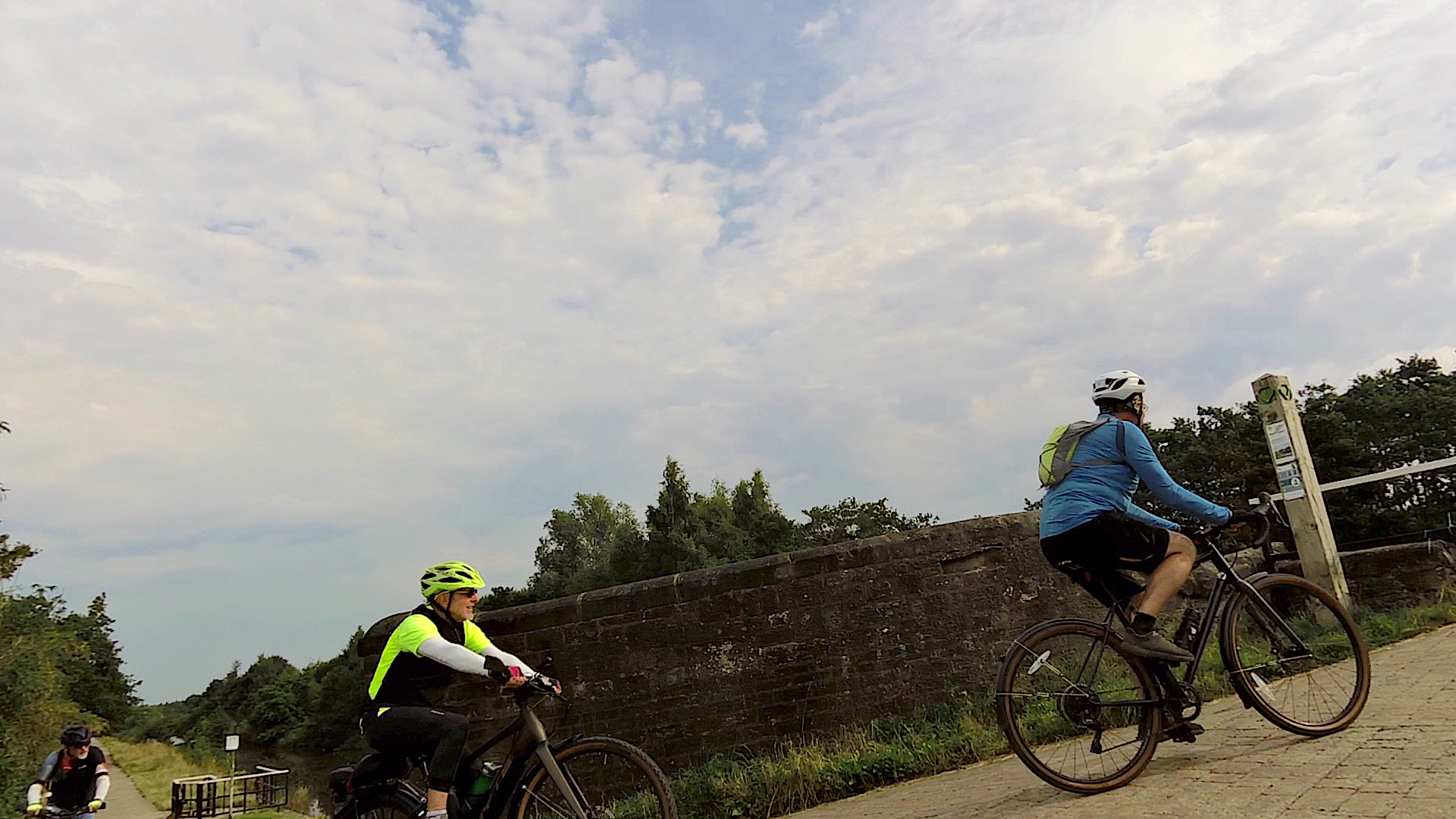 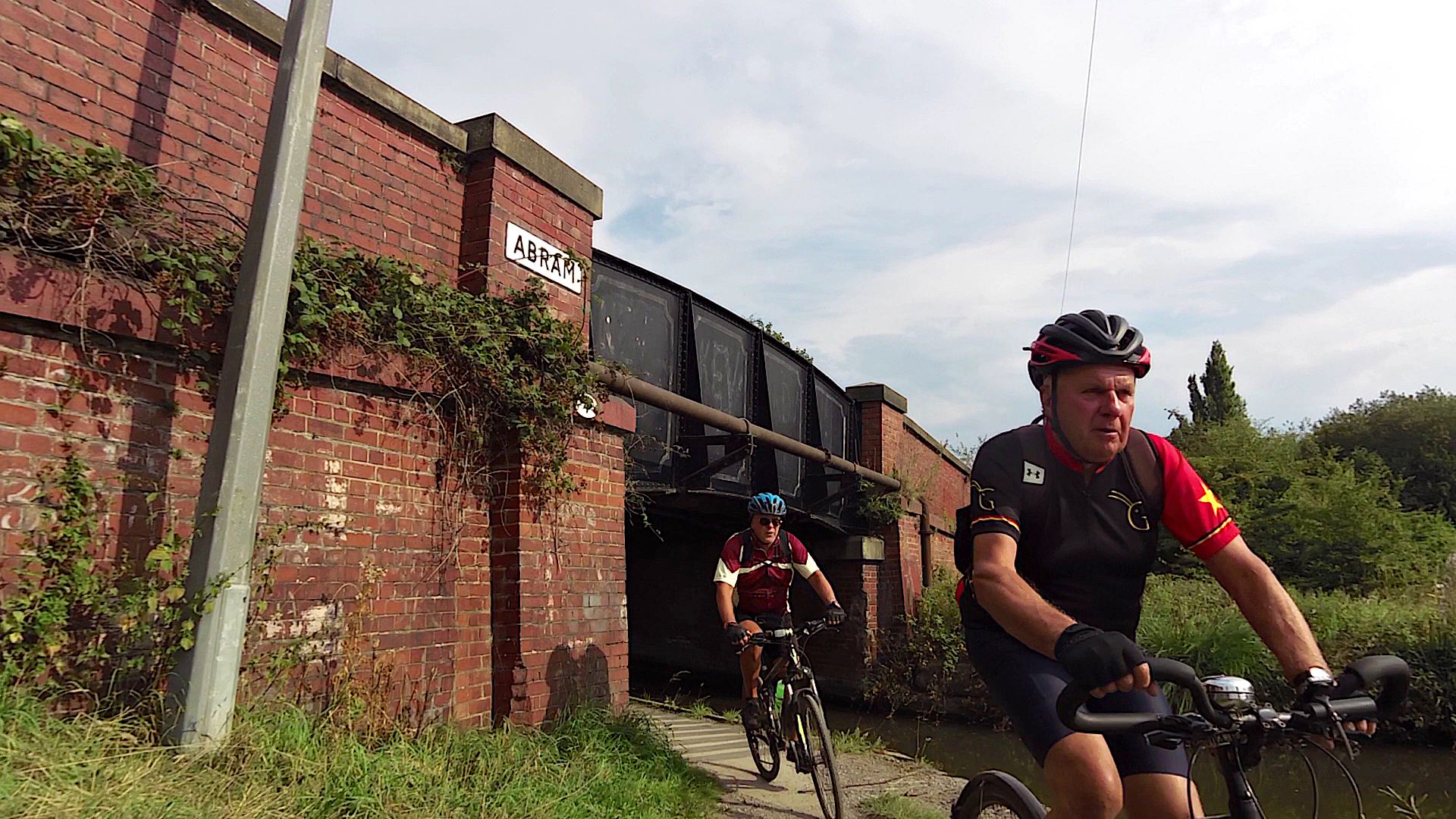 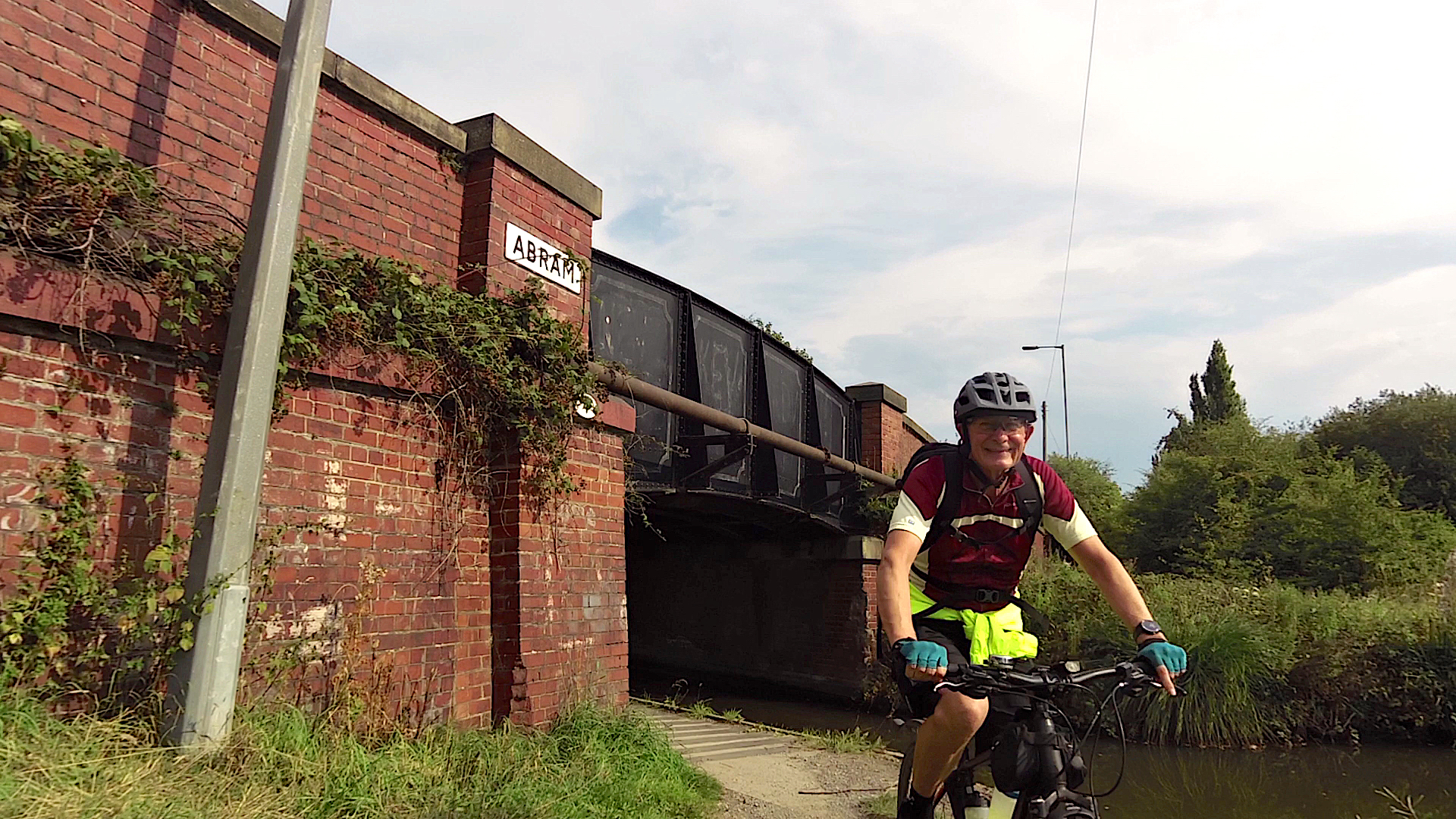 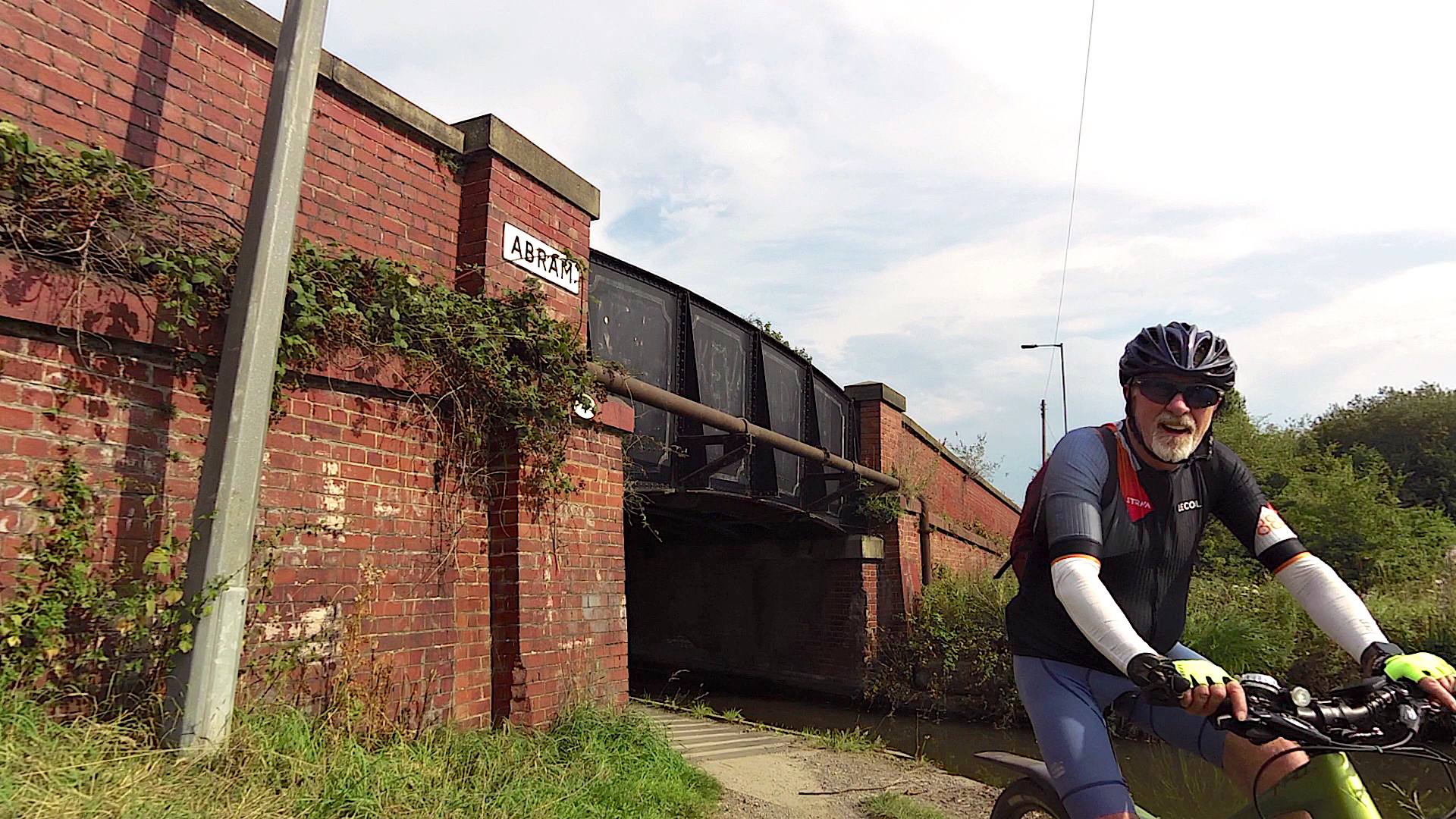 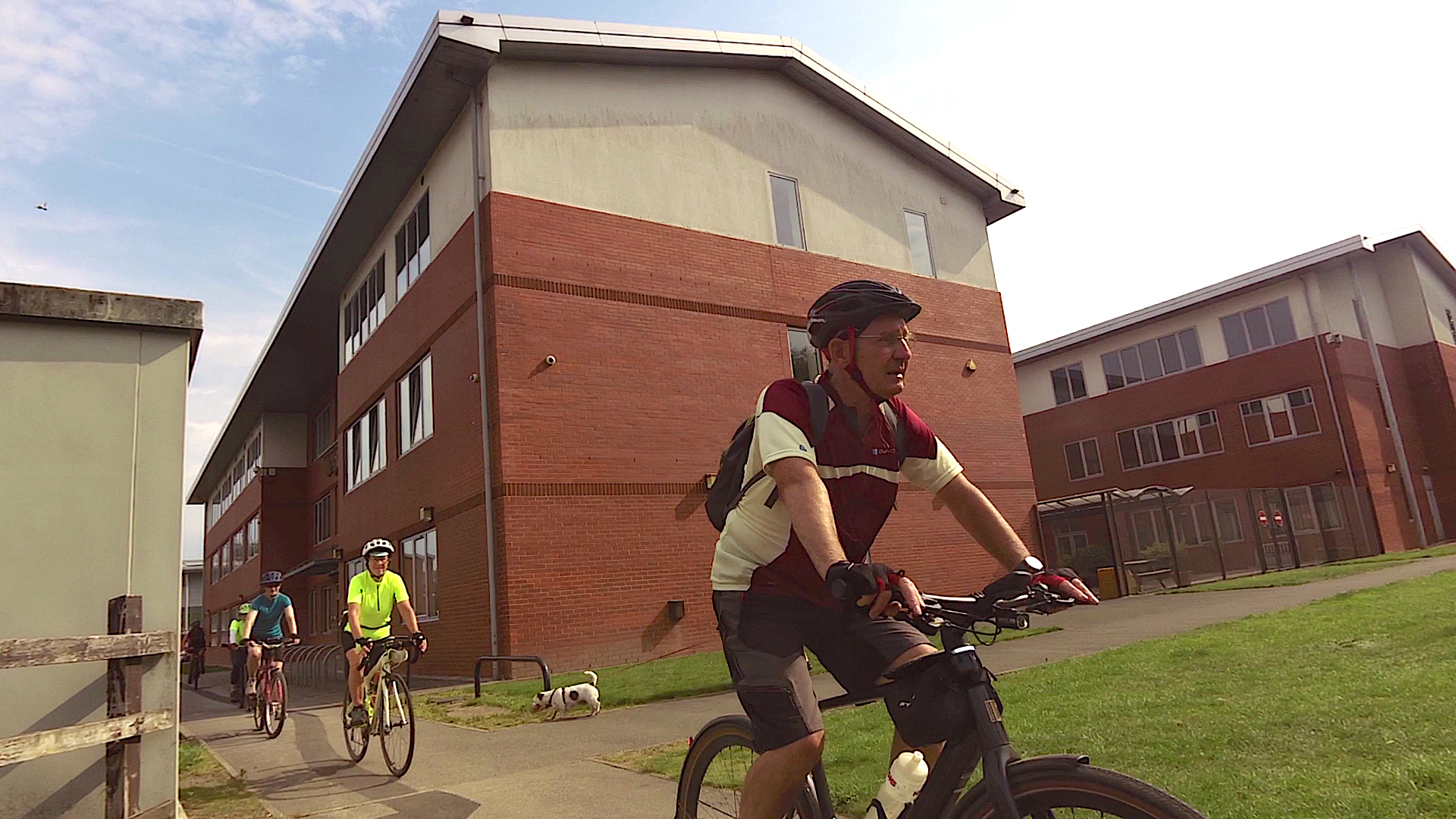 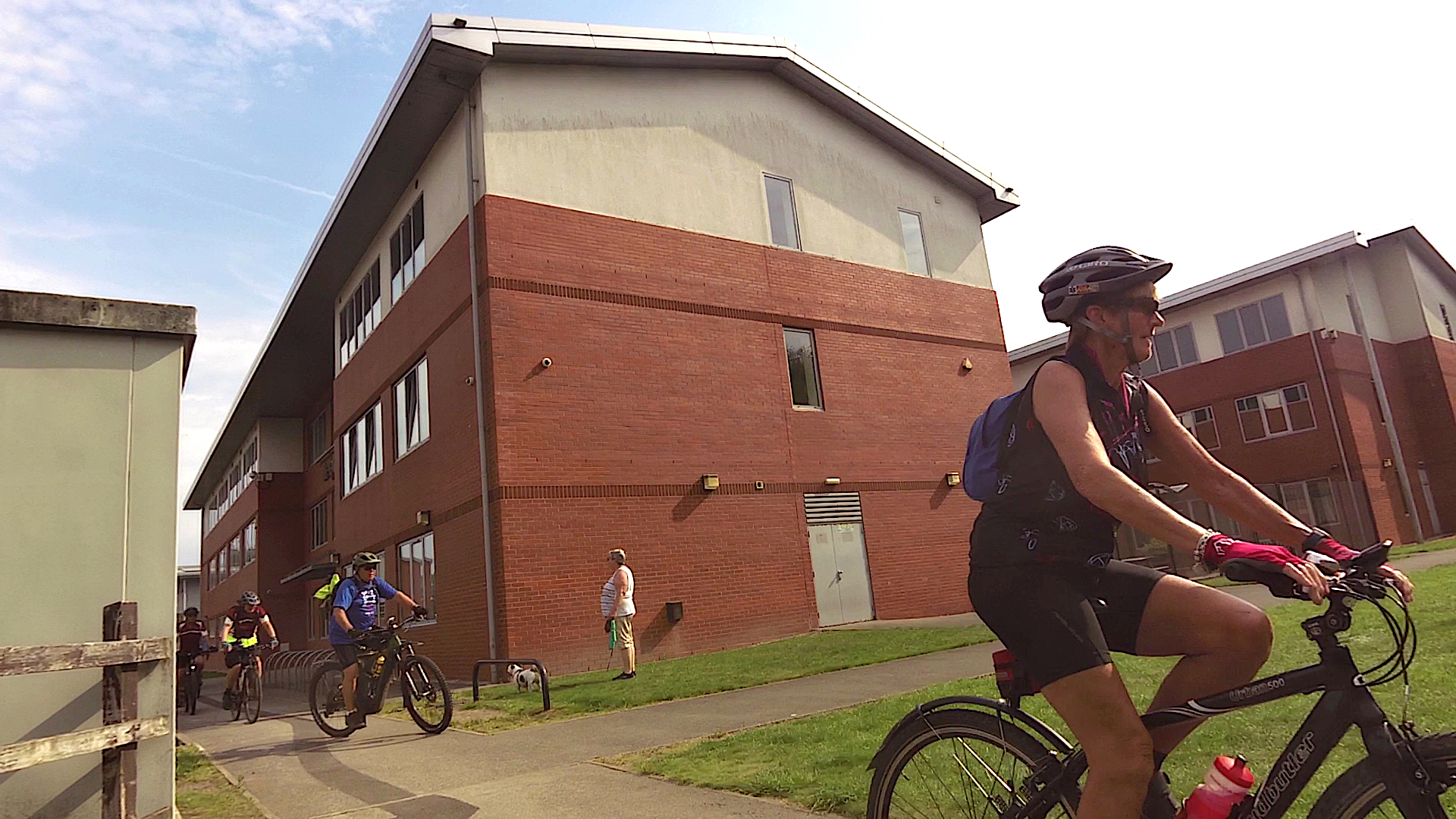 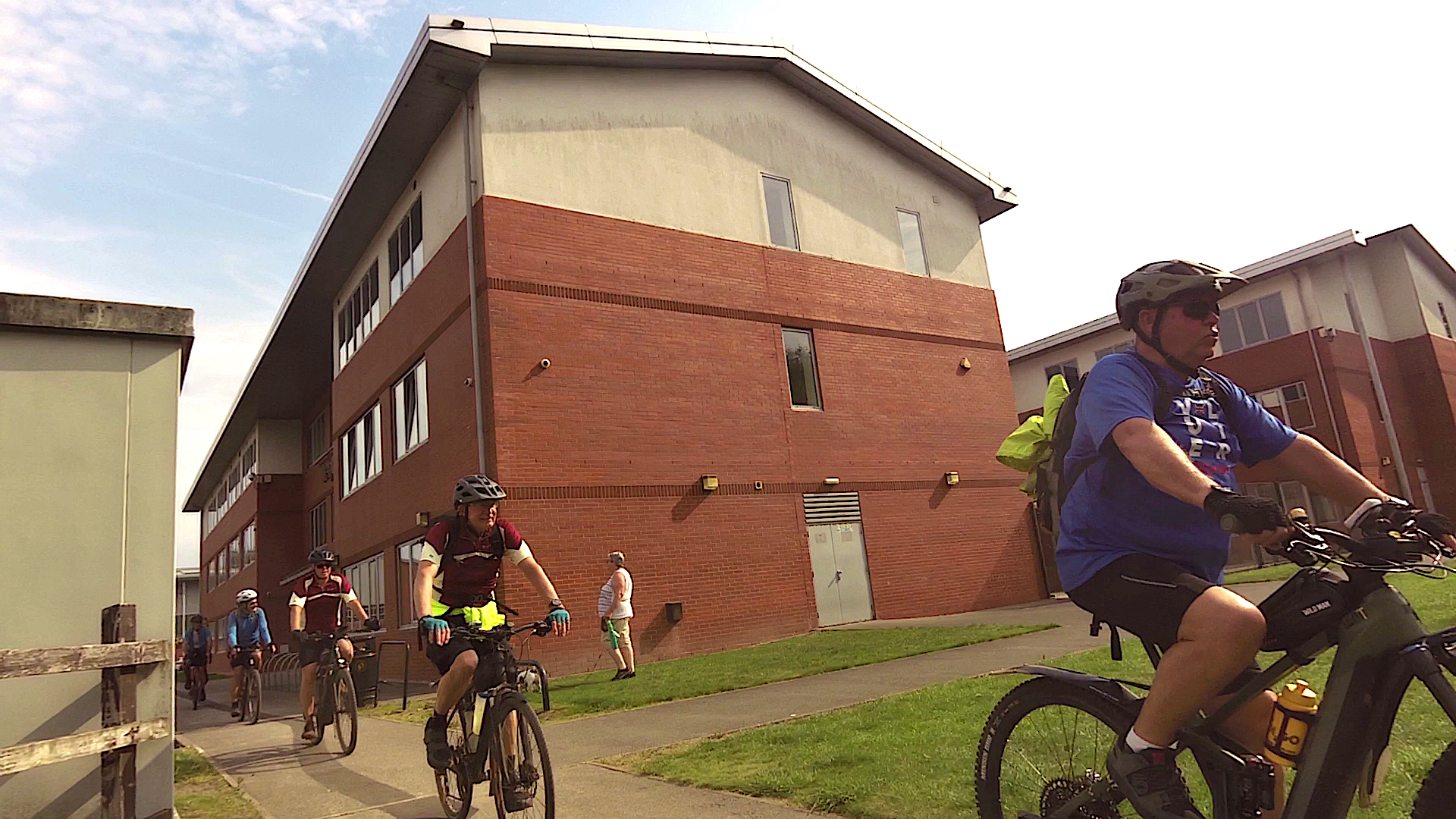 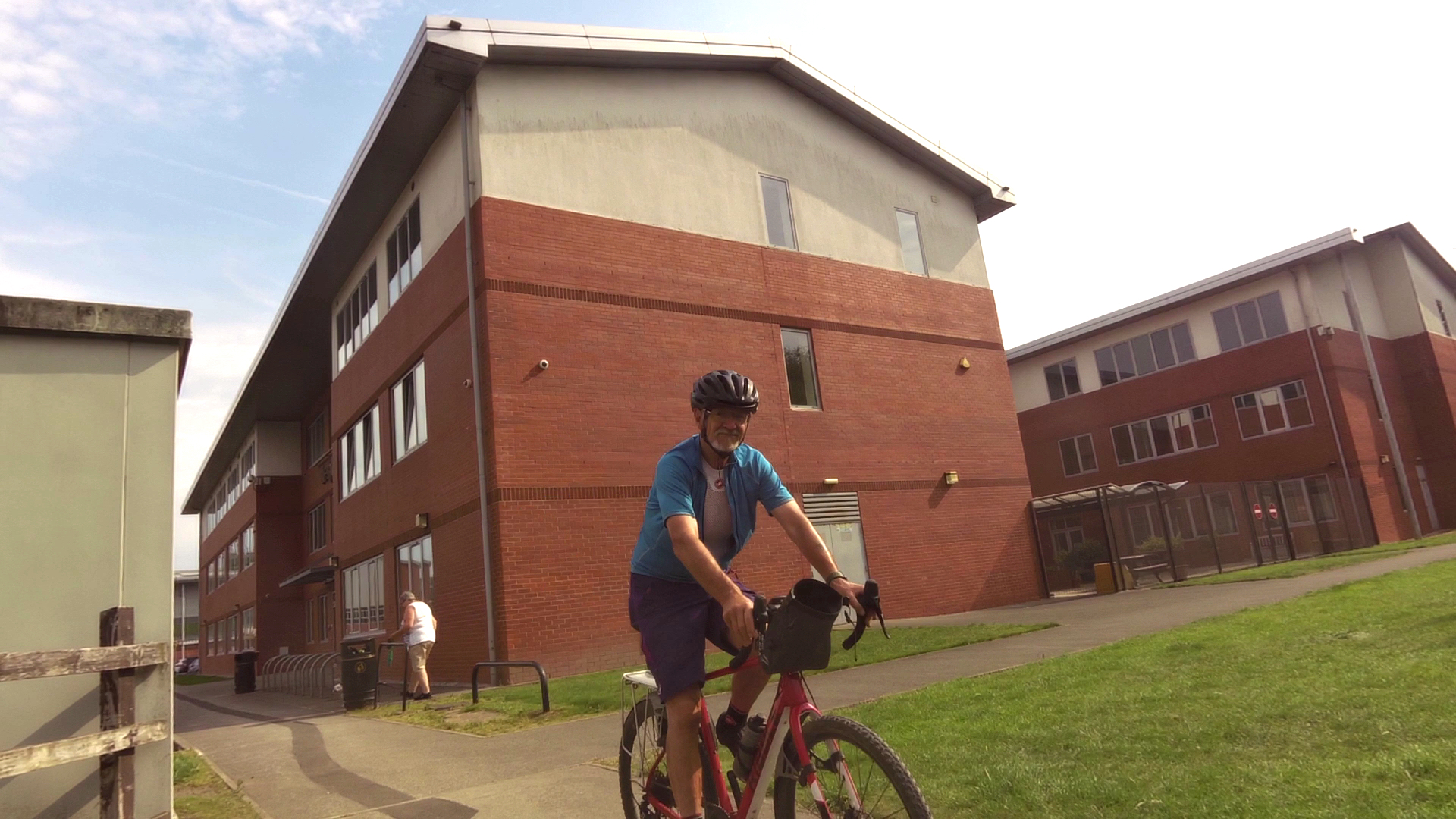 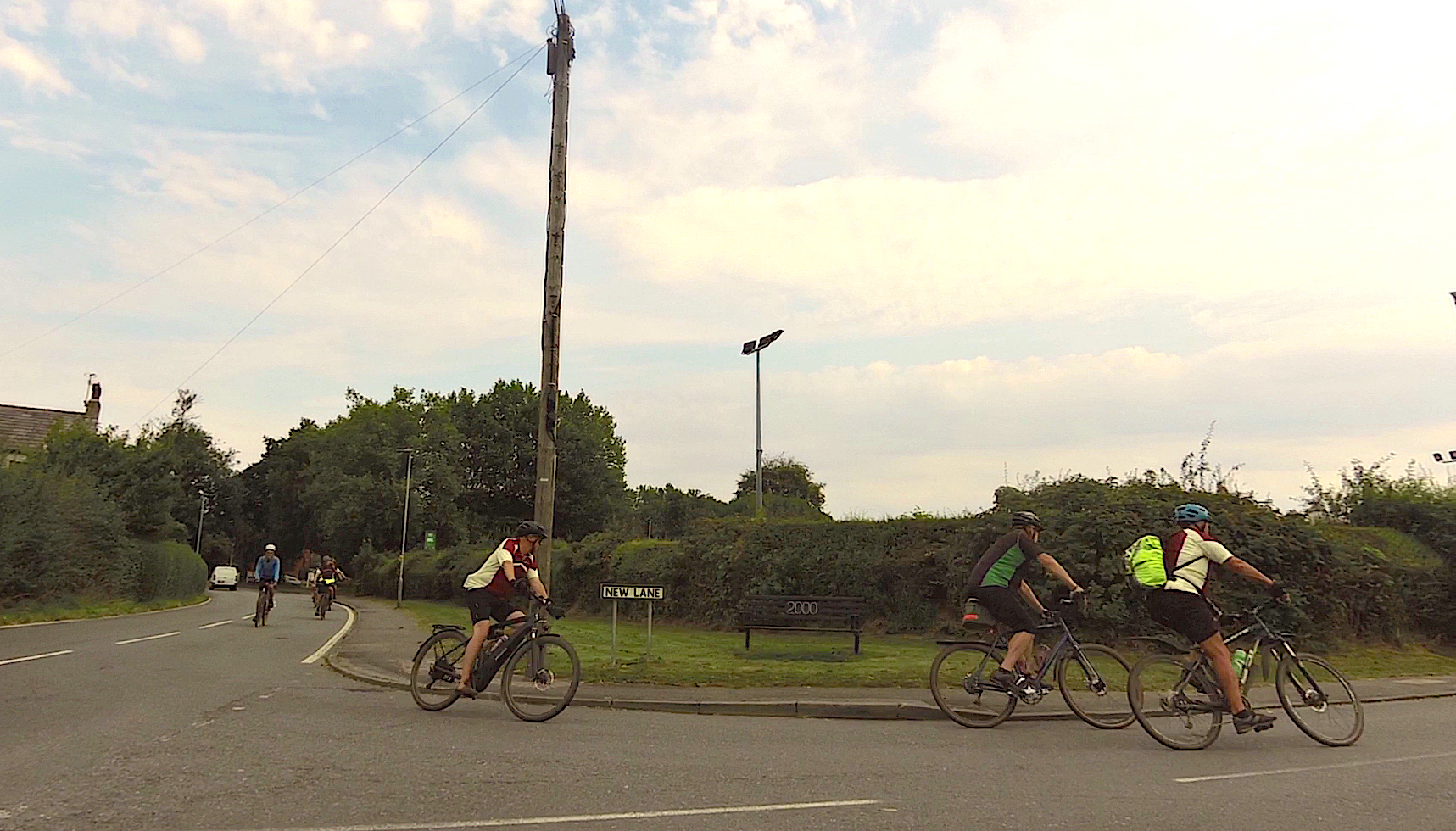 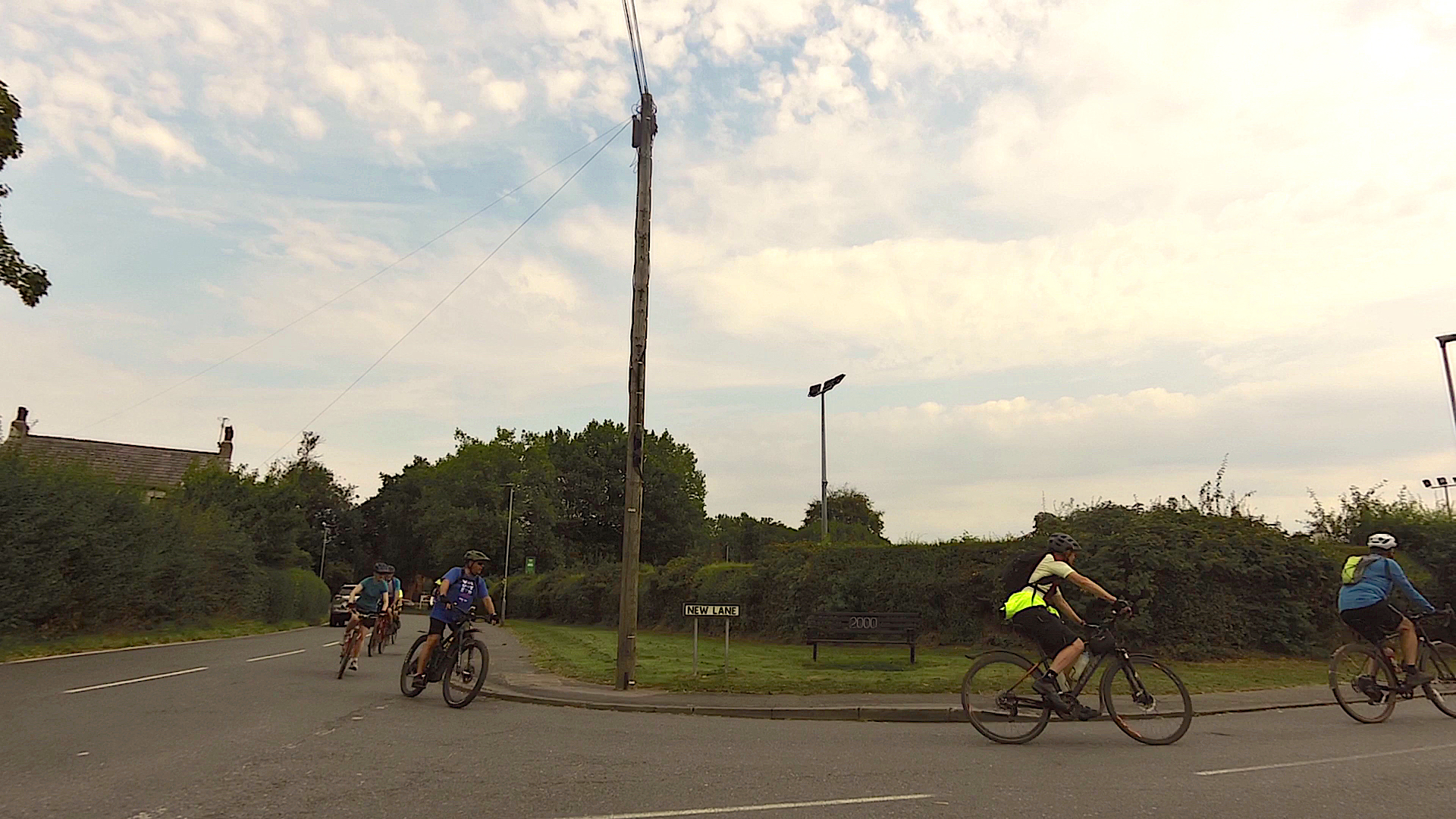 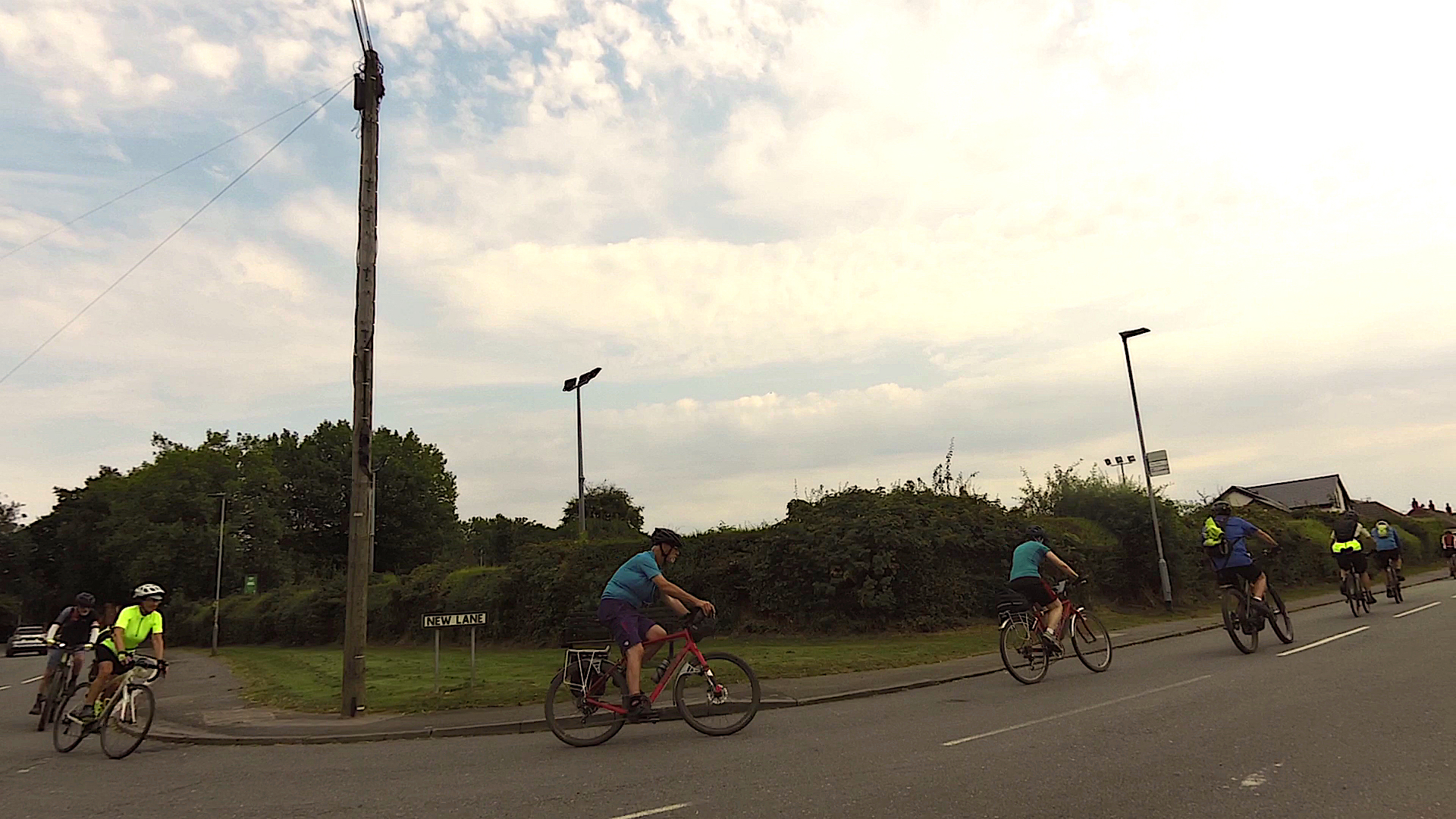 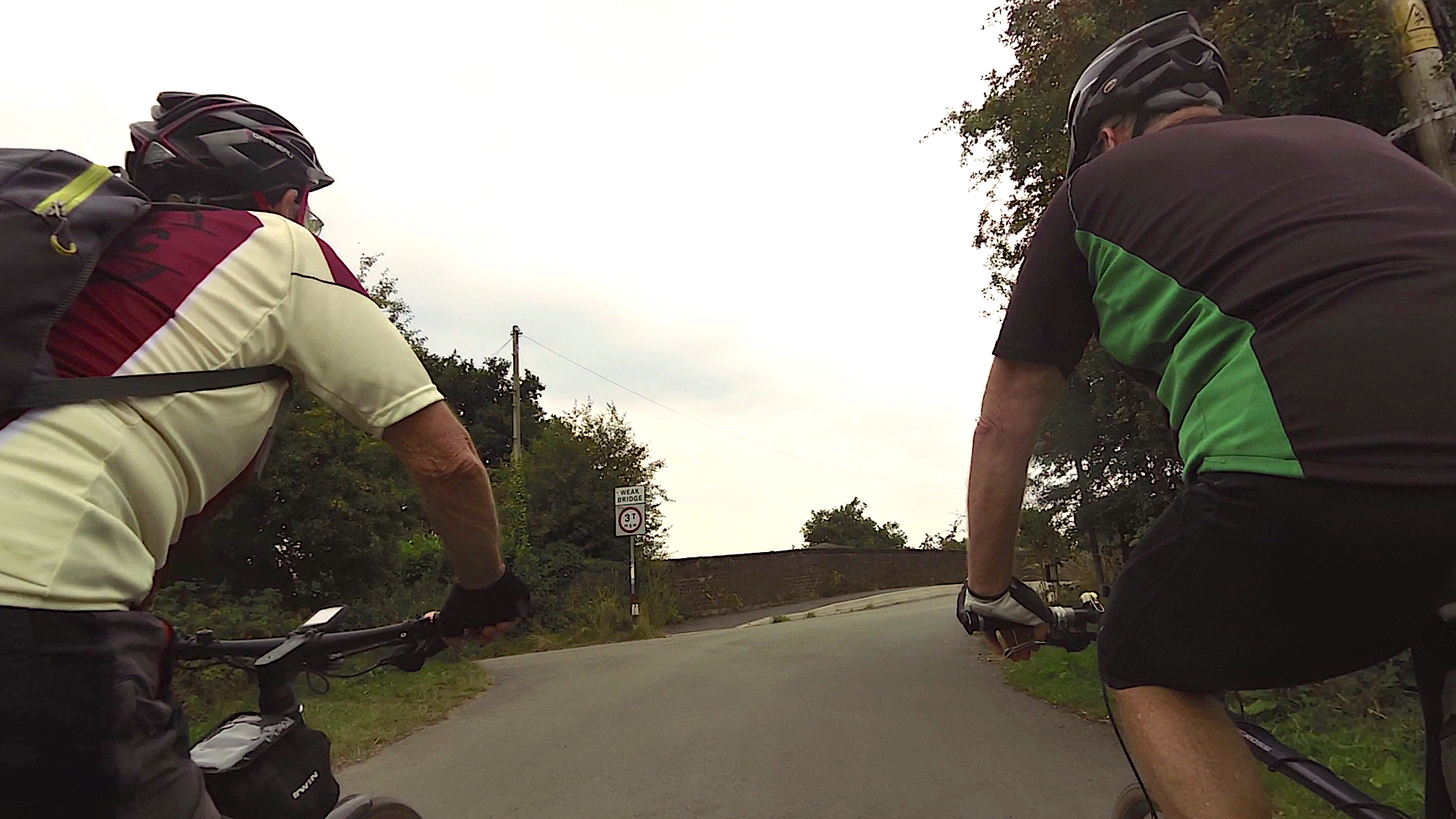 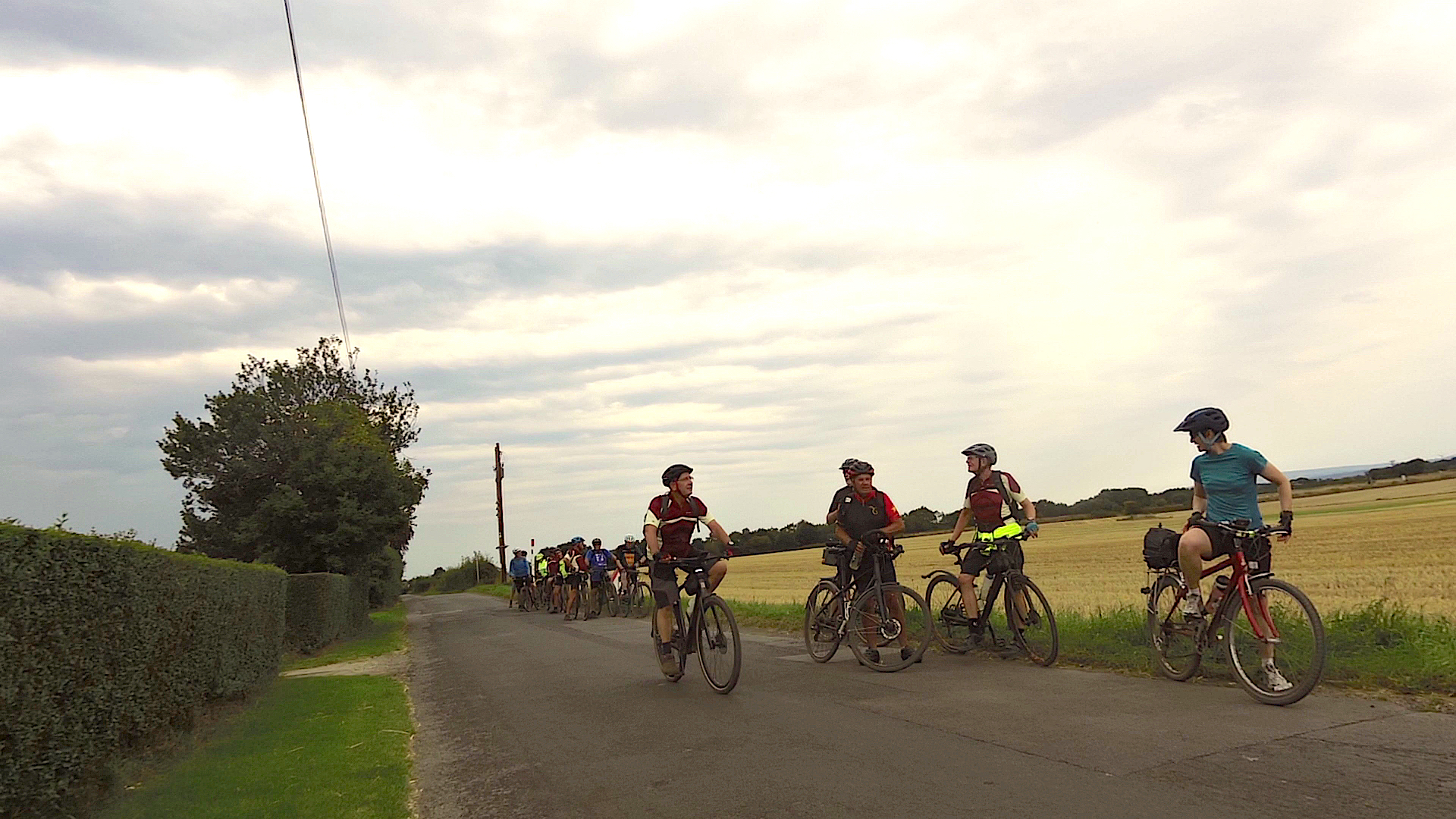 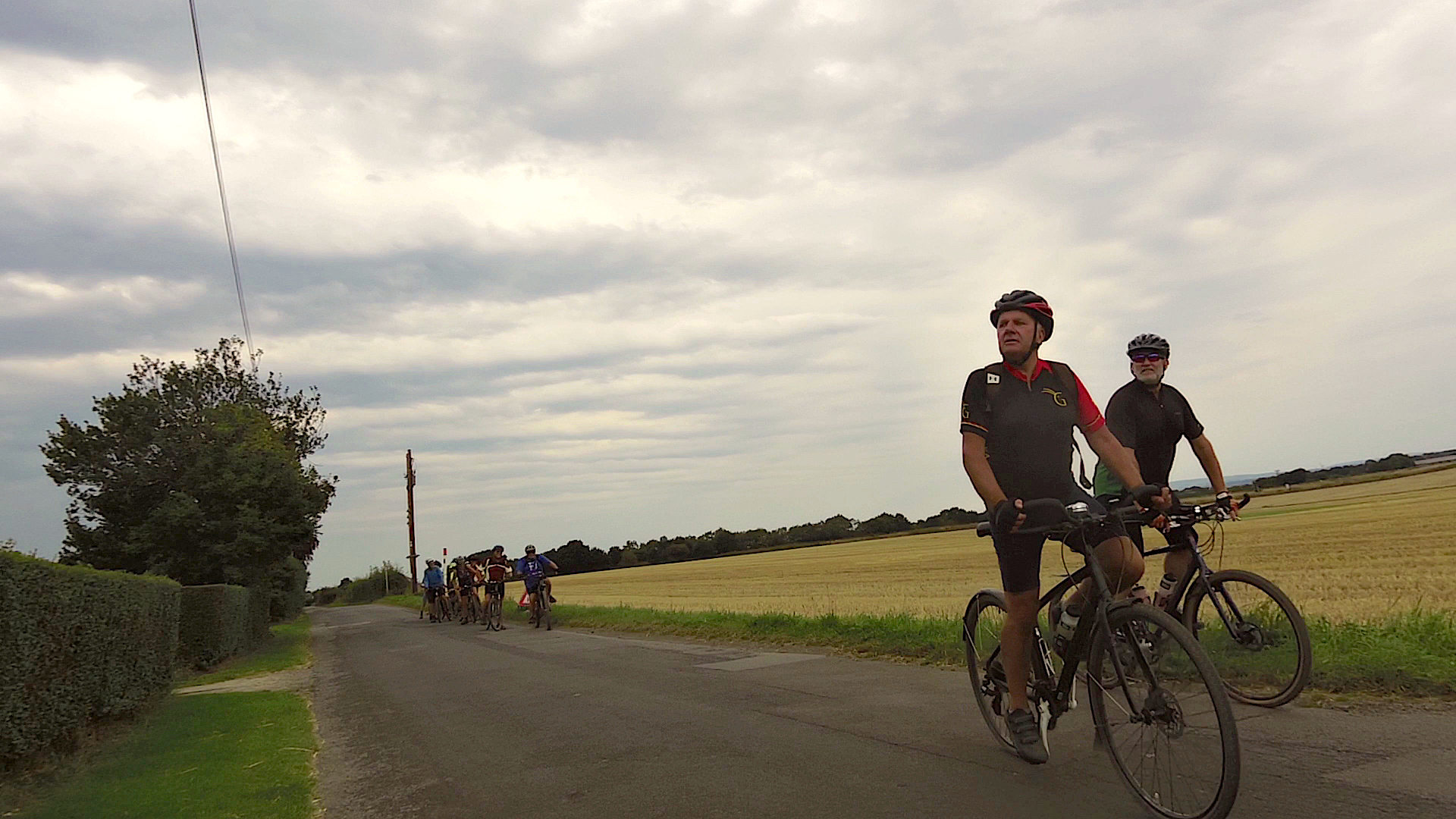 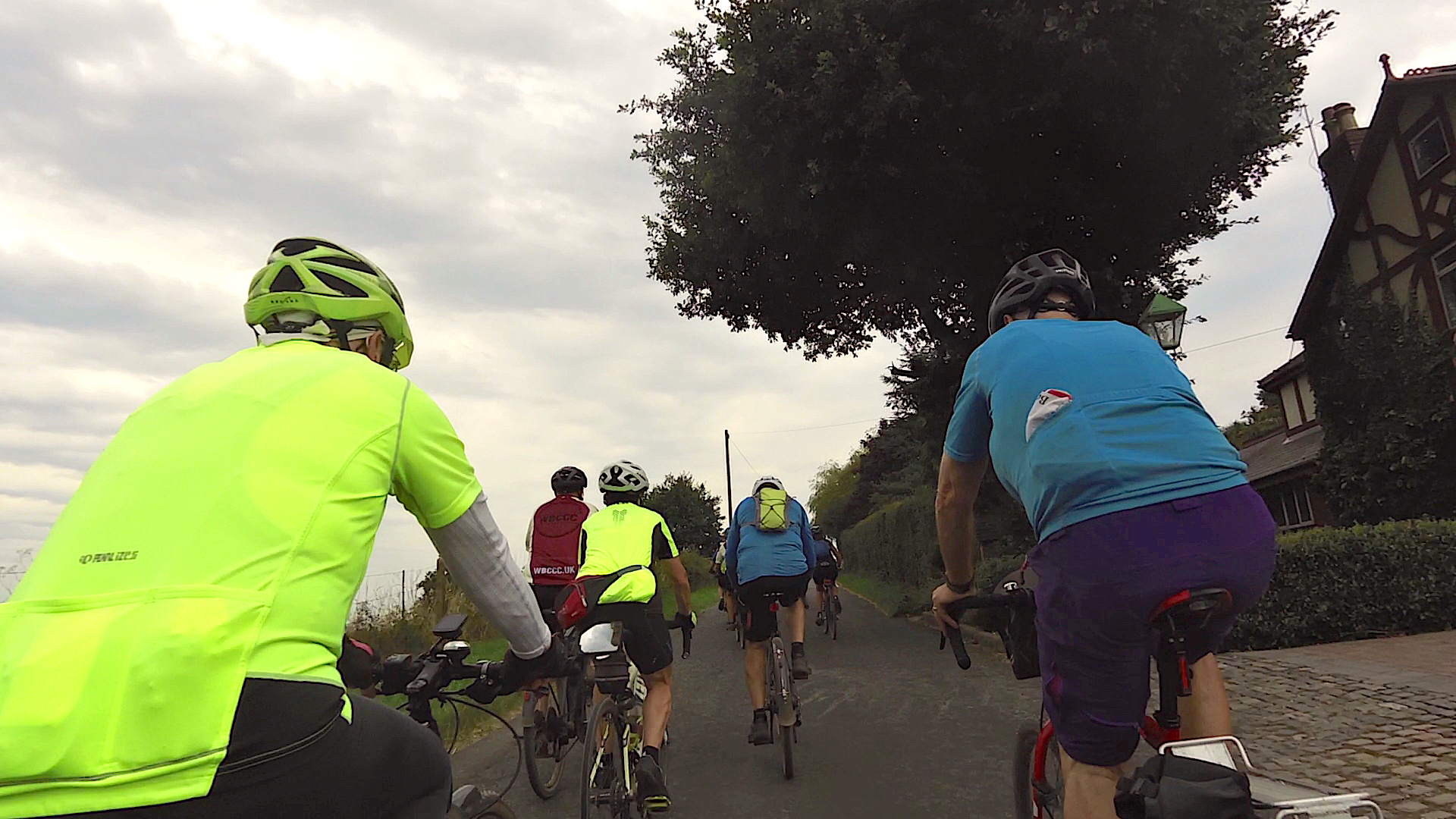 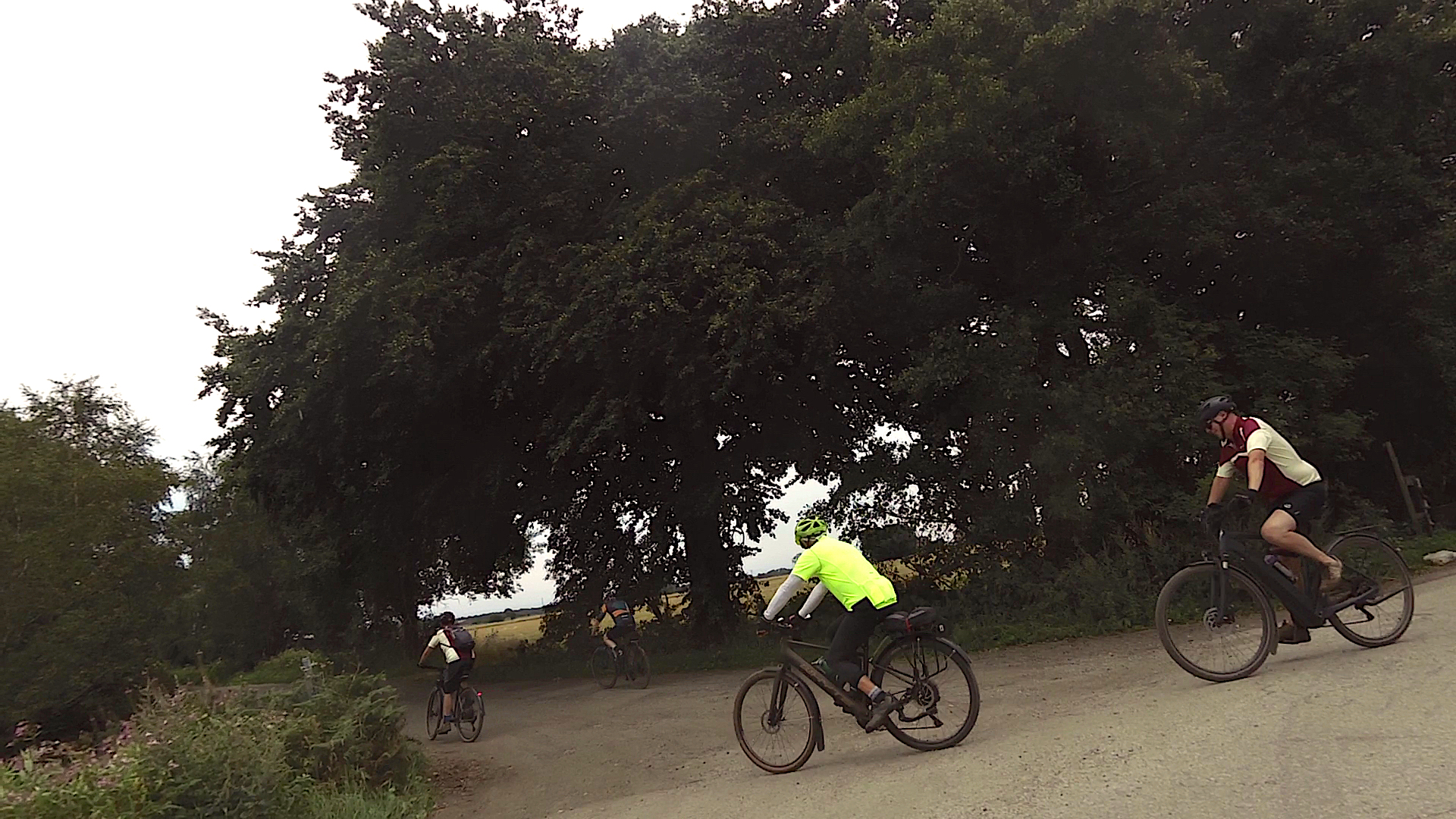 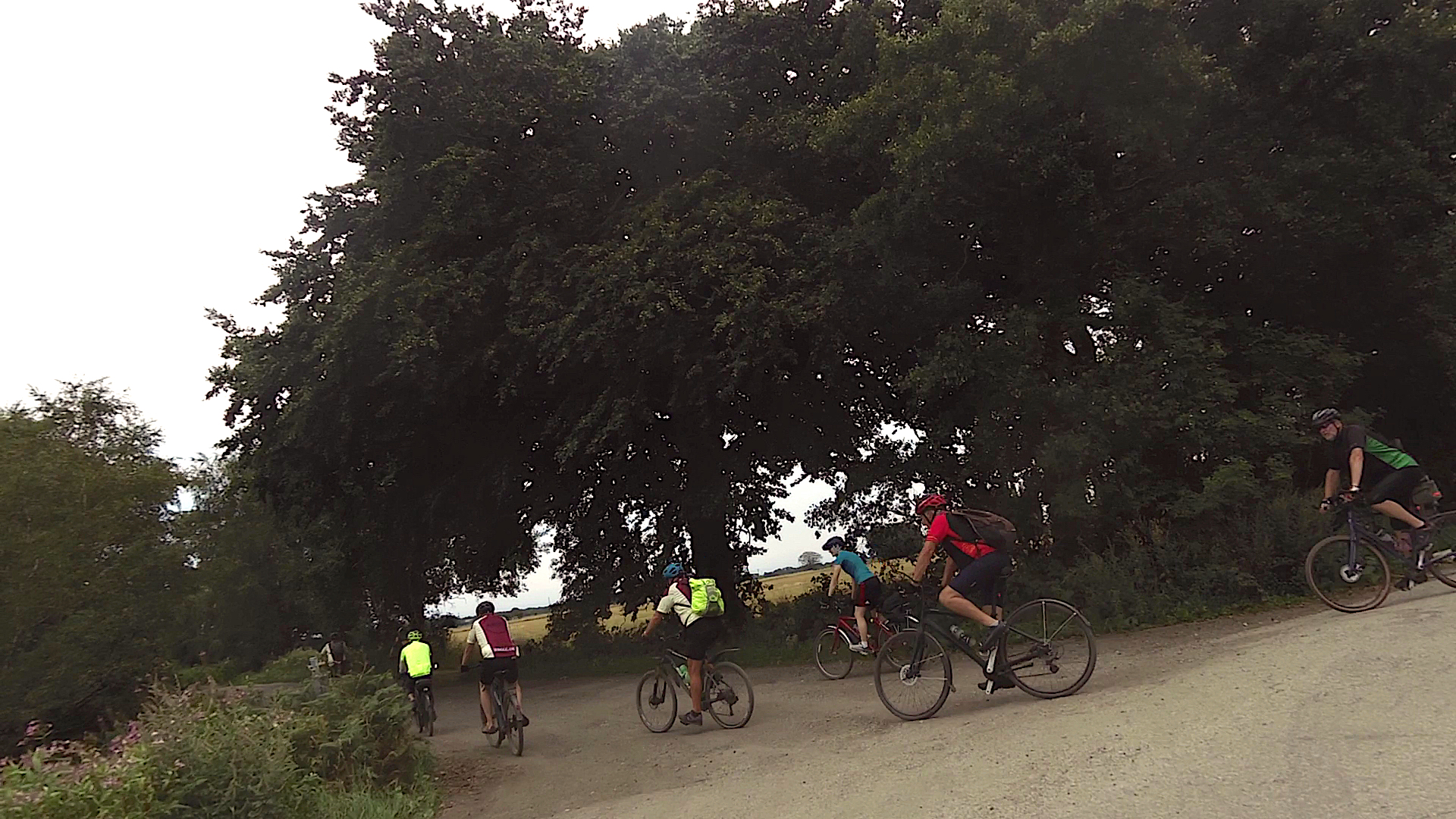 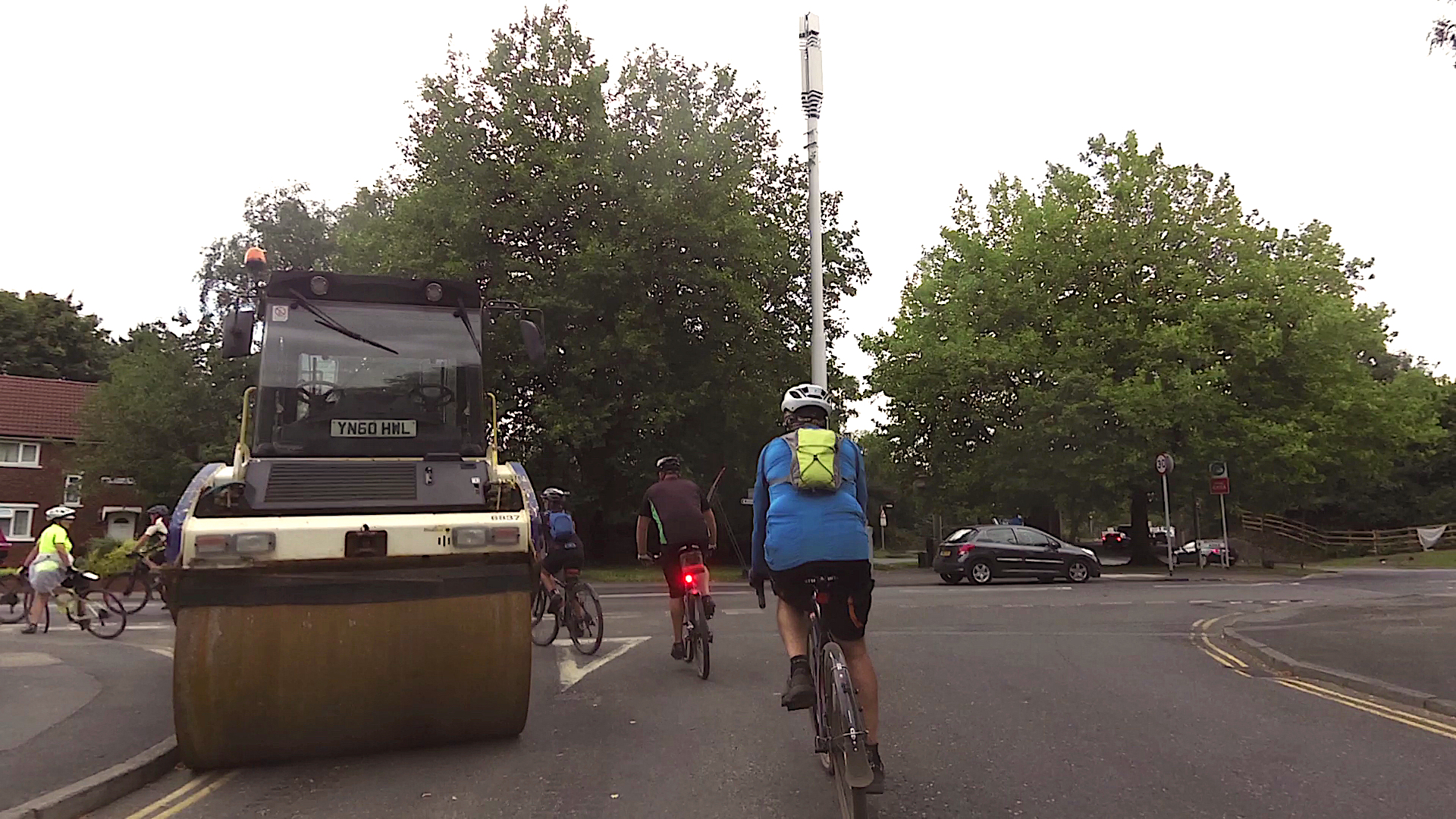 Not really what you want to see coming the other way! 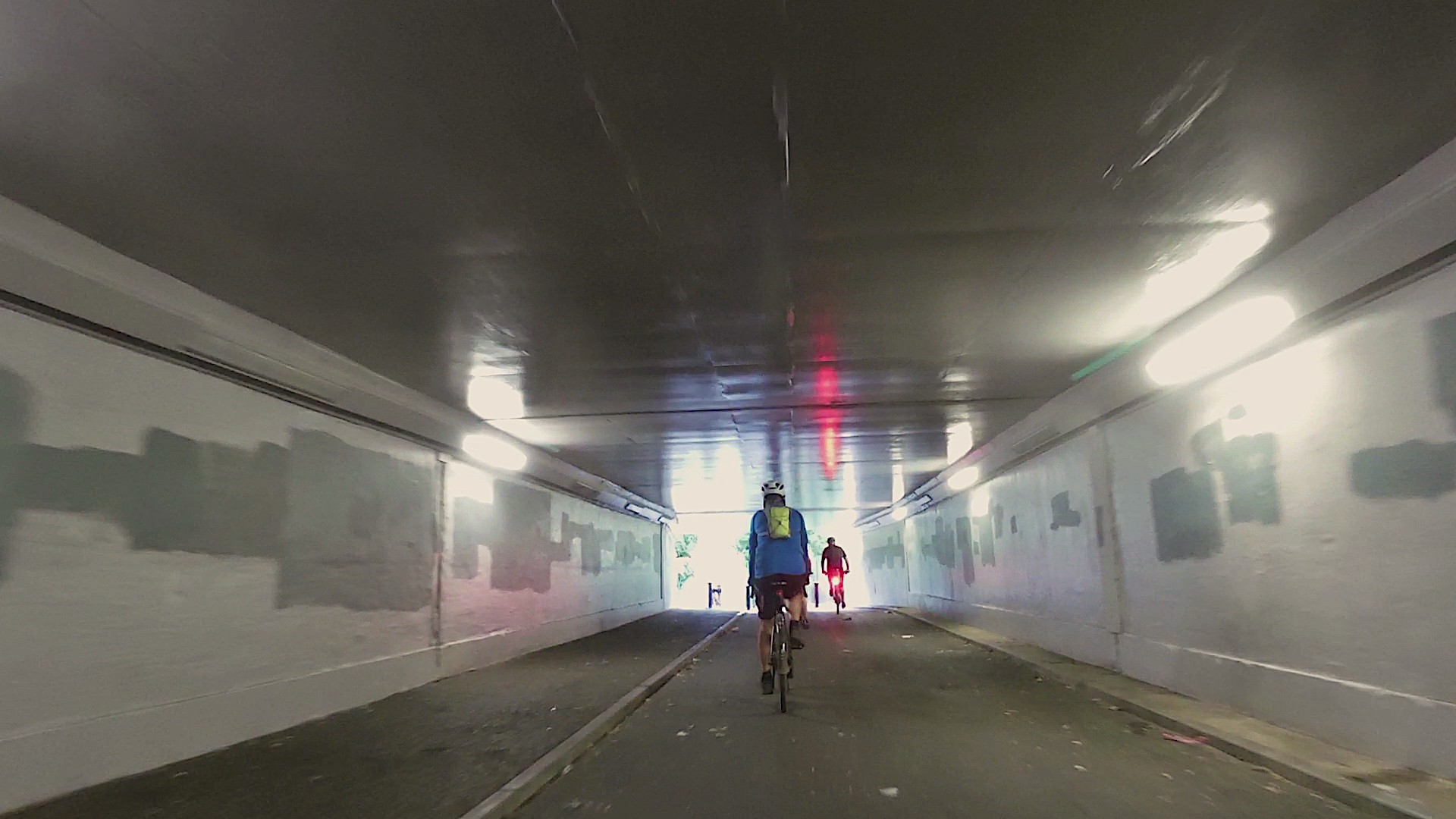 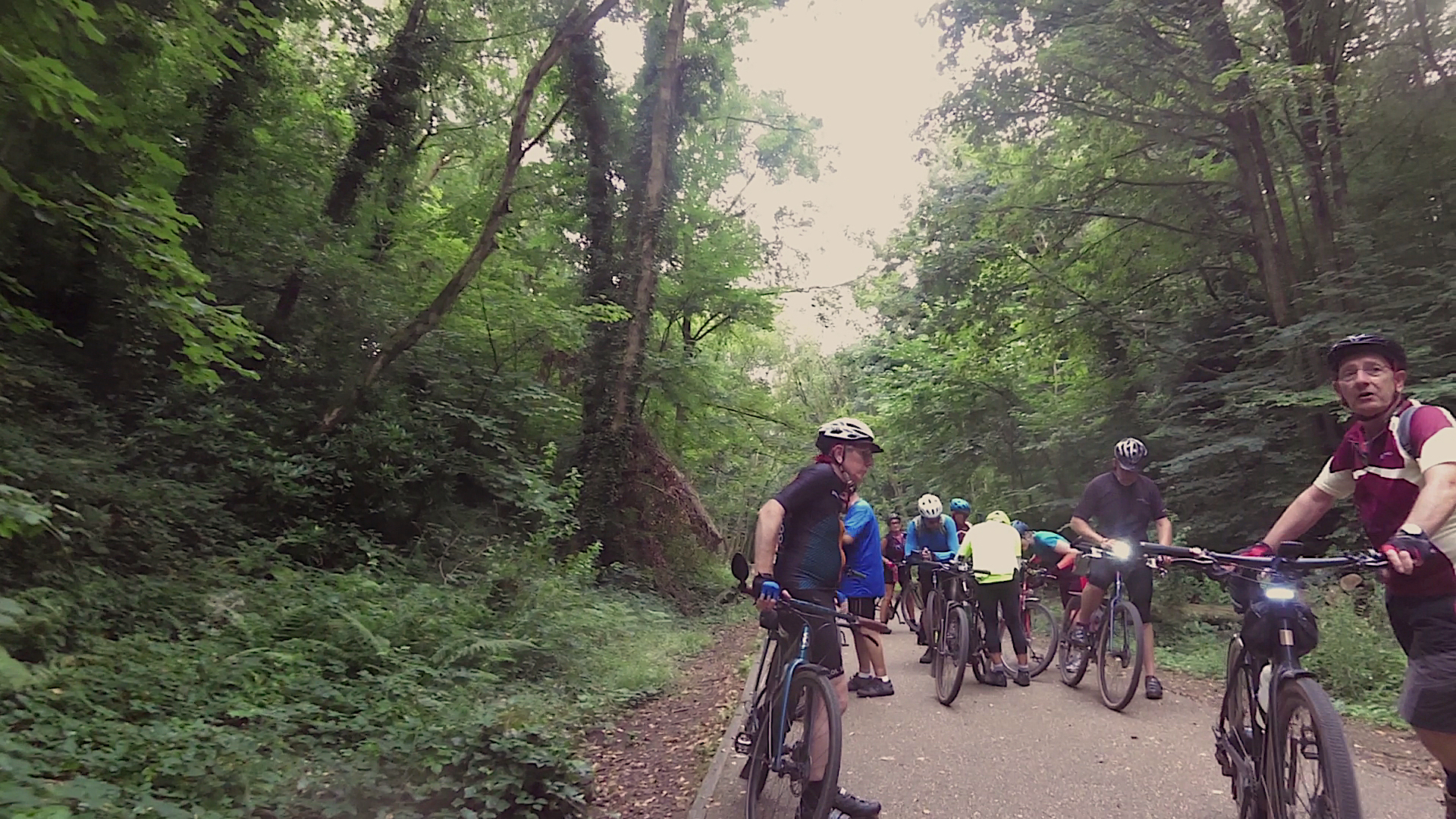 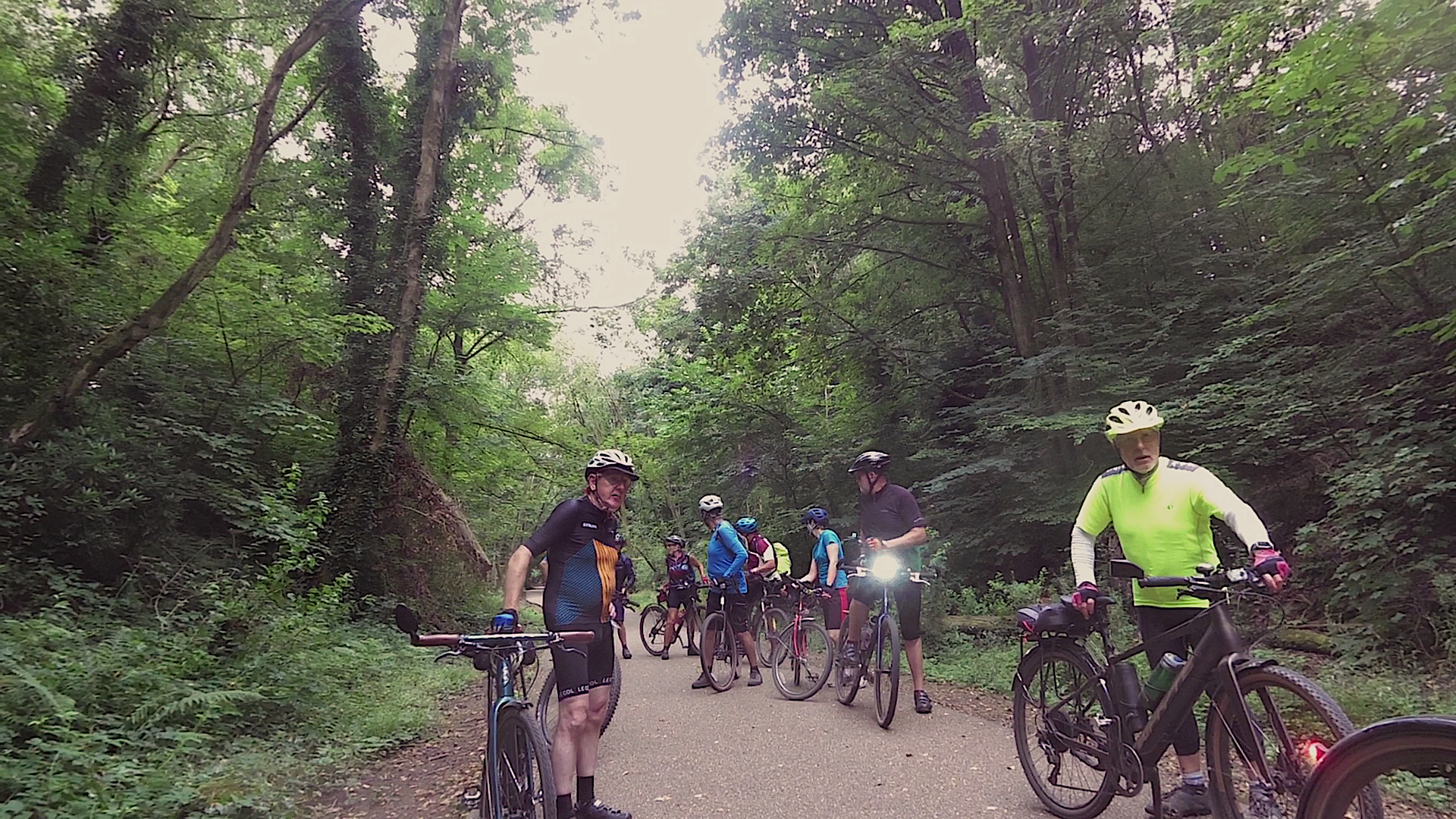