Back to the Seaside

Seventeen of us gathered at Lytham St Anne’s Pier for our afternoon ride. Some of us parked on car parks while others found spaces on the promenade. Liz, Carole, Tracy, Thelma and Steve had arrived slightly late having been delayed in heavy traffic but we were ready for off at 1.15pm. Phil 1 had taken on the leadership role as Jim H had decided that following a Garmin wasn’t his cup of tea. Jim’s knowledge of the area would, however, still come in handy later. Steve offered to take the video camera with Roy volunteering for the backmarker role.

The early part of the ride took us along the seafront into Blackpool where we passed the Pleasure Beach as we headed for Central Pier. There was a steady headwind, bringing back memories of the last time we did this ride, but thankfully it wasn’t too challenging.

We wound our way past holidaymakers gathering at the pier then left the seafront to make our way out through Stanley Park. Phil went slightly off route as we followed a trail towards Staining and blamed his sunglasses for the fact that he couldn’t read his Garmin properly. Nobody bought the lame excuse! We continued following quiet country roads out through Singleton, Elswick and Warles. Everyone enjoyed the opportunity to ride side by side and have a good natter as there was little traffic. As we passed the Hand and Dagger pub at Treales on our way to our drinks stop at Morrisons in Kirkham Jim H and Steve both pointed out that we weren’t heading for Kirkham. Phil continued to follow his Garmin but after a long stretch on a cycle lane alongside the A583 it was apparent that we were definitely off course. However, Steve guided us the two miles into Kirkham for our refreshment break. We emerged from Morrisons into light rain which hadn’t been forecast. Denis placed a shower cap under his helmet for rain protection though more of it seemed to be outside the helmet than inside it.

A joint effort from Steve and Jim H guided us back on route through to Lytham where we rejoined the seafront for the last few miles into the wind. Thankfully, wasn’t too difficult especially for some of those on road bikes. Denis, Alan, Tracy, Liz, Rita, Joyce and Ray flew up the seafront. Some of them were clearly inspired by the fact that they needed to get back to the car park before 6pm or risk being locked in! We all made it back for 5.50pm so plenty time to spare. We had covered 40 miles around 6 miles more than planned with our extended route.

John S, Len, Joyce and Ray headed for home while the rest of us made our way to the Lord Derby Flaming Grill for further refreshments before the night ride. It had been a fine ride though longer than expected and the short spell of light rain had not affected our enjoyment. 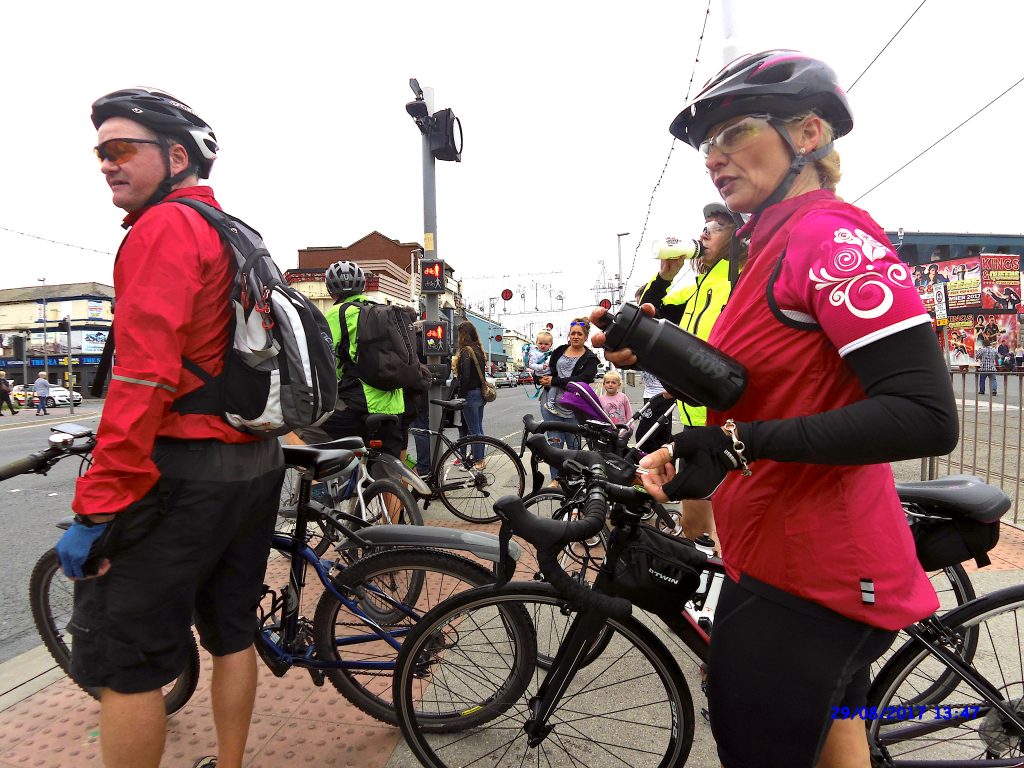 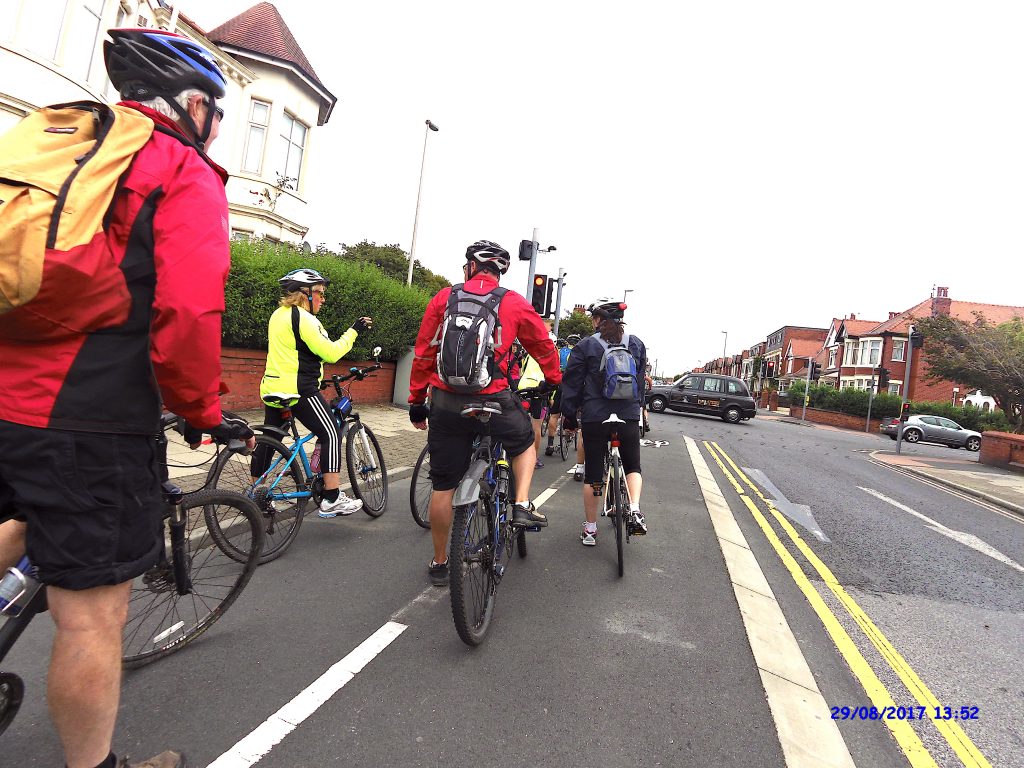 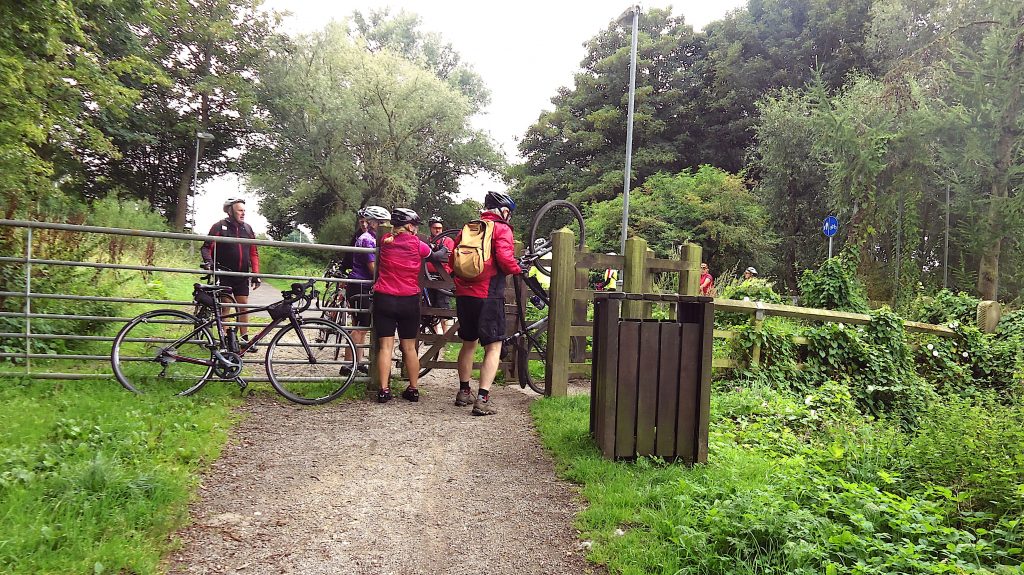 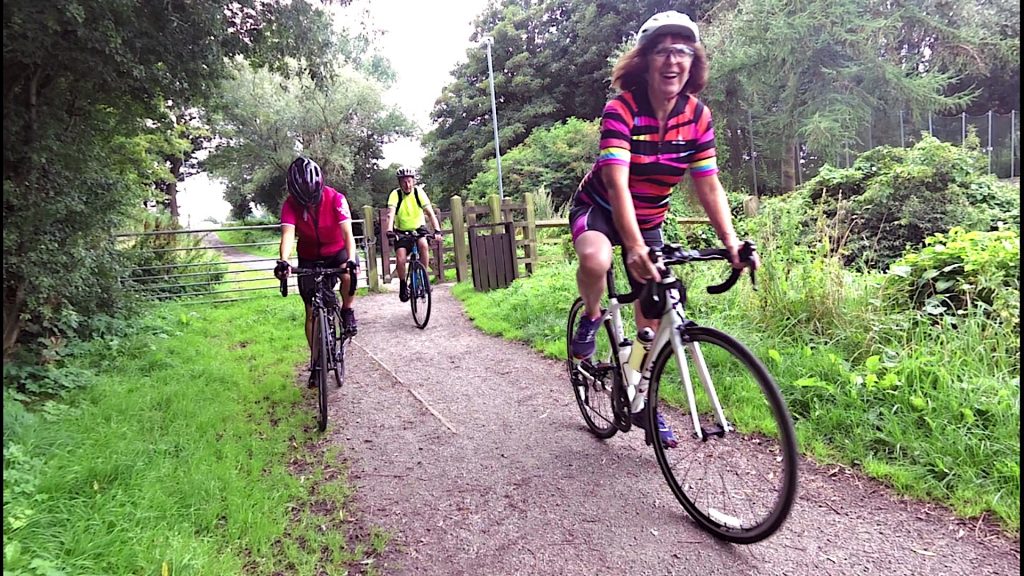 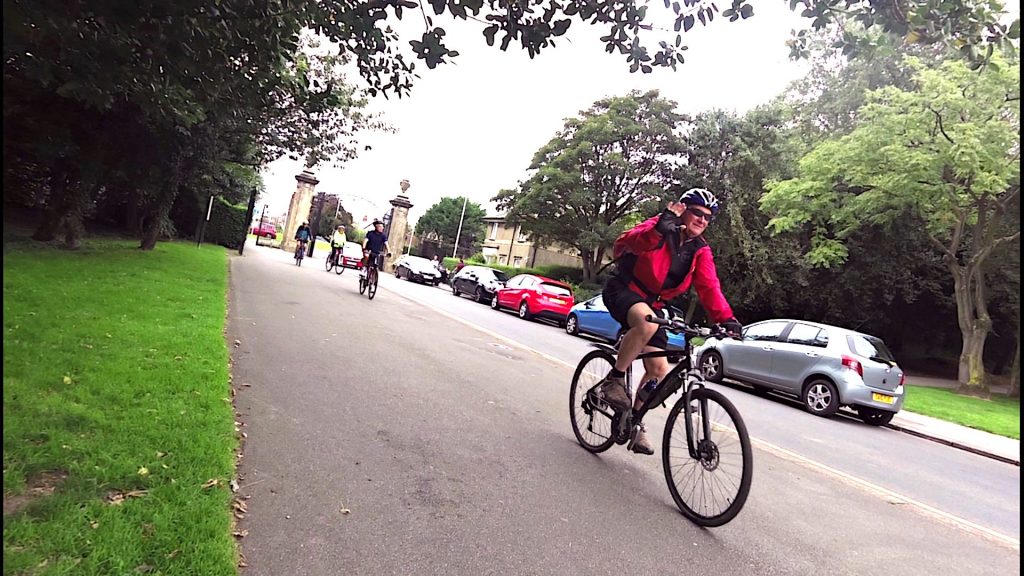 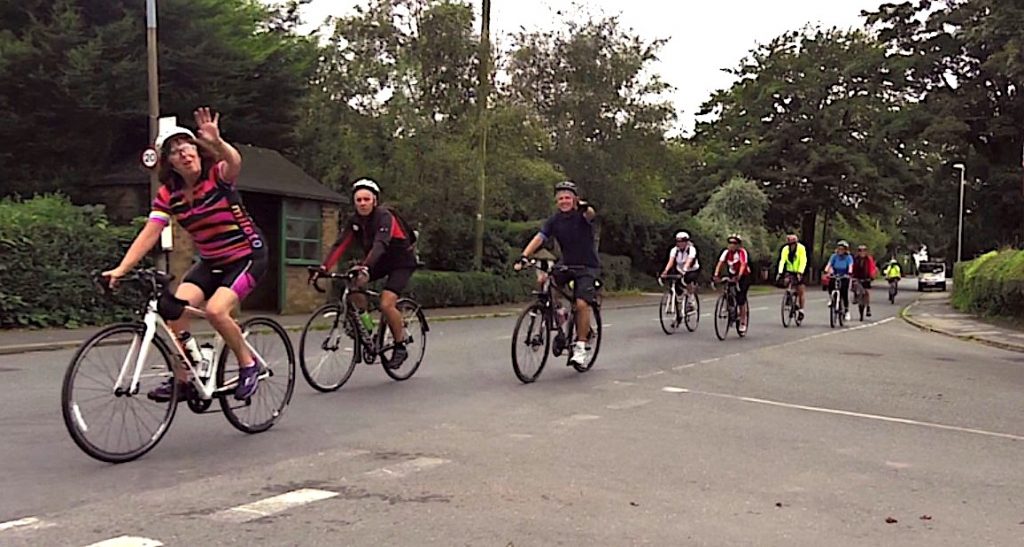 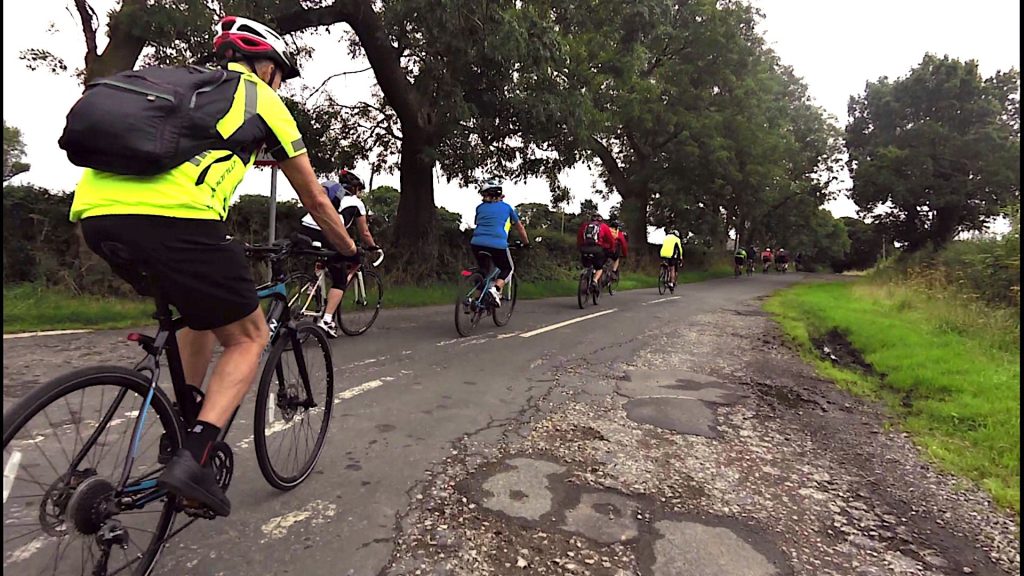