What a day! Great route, great weather and great company, couldn’t ask for anything more. Well maybe a little bit more!
Fifteen of us made the journey up to Lancaster and enjoyed a cracking ride, only 14 started and 14 finished though, we picked up a stray along the route and discarded him near to the end.
A slightly delayed start due to a technical hitch (we won’t ell if you won’t) while this was being sorted general chit chat about the route and places we would go through ensued Overton, Sunderland Point, Sambo’s grave etc. One place in particular stood out Mori-Camby, never heard of the place but visions of a continental themed fishing village along the lines of Port Merion in Wales came to mind, these were soon shattered though when I realised they were talking about Morecambe!!! Technical issue resolved and ride briefing given off we set to Lancaster, down the canal to Aldcliffe and out towards the banks of the Lune. From here the intention was to head out to Glasson Dock then double back on ourselves and make our way over to Sunderland point. Due to the late start (you’re feeling guilty now aren’t you) it was decided to omit the Glasson Dock section in order to get to Heysham at a reasonable time for lunch.
Along the Lune to Lancaster, over the Millennium Bridge and out towards Overton before crossing the tidal causeway to Sunderland Point. (Trivia fact courtesy of Allan R’r Garmin, while crossing the causeway we were -2ft below sea level)
Sambo’s grave was next on the itinerary where several of the group took quite an interest, Dave our ride leader had other things on his mind though, he was busy ringing up the proposed lunch venue to check on availability. Sadly the reply he got wasn’t entirely what he wanted to hear 1:30pm at the earliest, it was currently just after 12 noon and we were only 30 minutes away. If only we’d gone to Glasson Dock Dave!  Off we set once more along the quite rugged shoreline towards Potts Corner and the start of our inland route to Heysham, Dave was still smarting from the cafe disappointment and was keen to make amends, just so happened there was a caravan site nearby and off he trotted coming back with the good news that there was a cafe on the site and we were most welcome to use it, problem solved.
The cafe was in a glorious position with an outdoor dining area looking out over Mori-Camby Bay, loads of space for the bikes and the sun was shining, what could go wrong? Quite a lot apparently, after parking the bikes, securing tables, discarding helmets, backpacks and the like an disorderly queue formed inside waiting to get served, then came the bombshell, they didn’t do FOOD!!!!!! Hastily it was decided to cut our losses and revert to plan A and head for Heysham, not before a couple of the group had bought hot drinks though, Coffees if I’m not mistook, something the cafe was renowned for apparently. Ask Frank next time you see him!
Heysham next port of call and a rather disjointed lunch stop grabbing whatever we could from wherever we could get it from, some establishment even refusing to accept card payments (Covid was was well and truly banished from Heysham it appears).
Lunch consumed it was back on the bikes through Heysham village and onto the promenade that linked us to Morecambe. Mid October weekend, wouldn’t be busy would it? Wrong, every man and his dog (literally) along with Tom, Dick and Harry it was just like a bank holiday. Amazing the scale of attraction a view of the seaside delivers, great fun weaving in and out of everyone by the way. The promenade took us up to Hest Bank and from there it was a short stretch along the canal, over the Lune viaduct and back along the cyclepath to our starting point at Denny Beck.
28 miles covered at a rather sedate 10 mph average (not bad considering the route though).
Many thanks to everyone for making the day so enjoyable and especially Dave for planning the route and leading, Pete for back marking and Jimmy for the lift, very much appreciated.
Till next time! 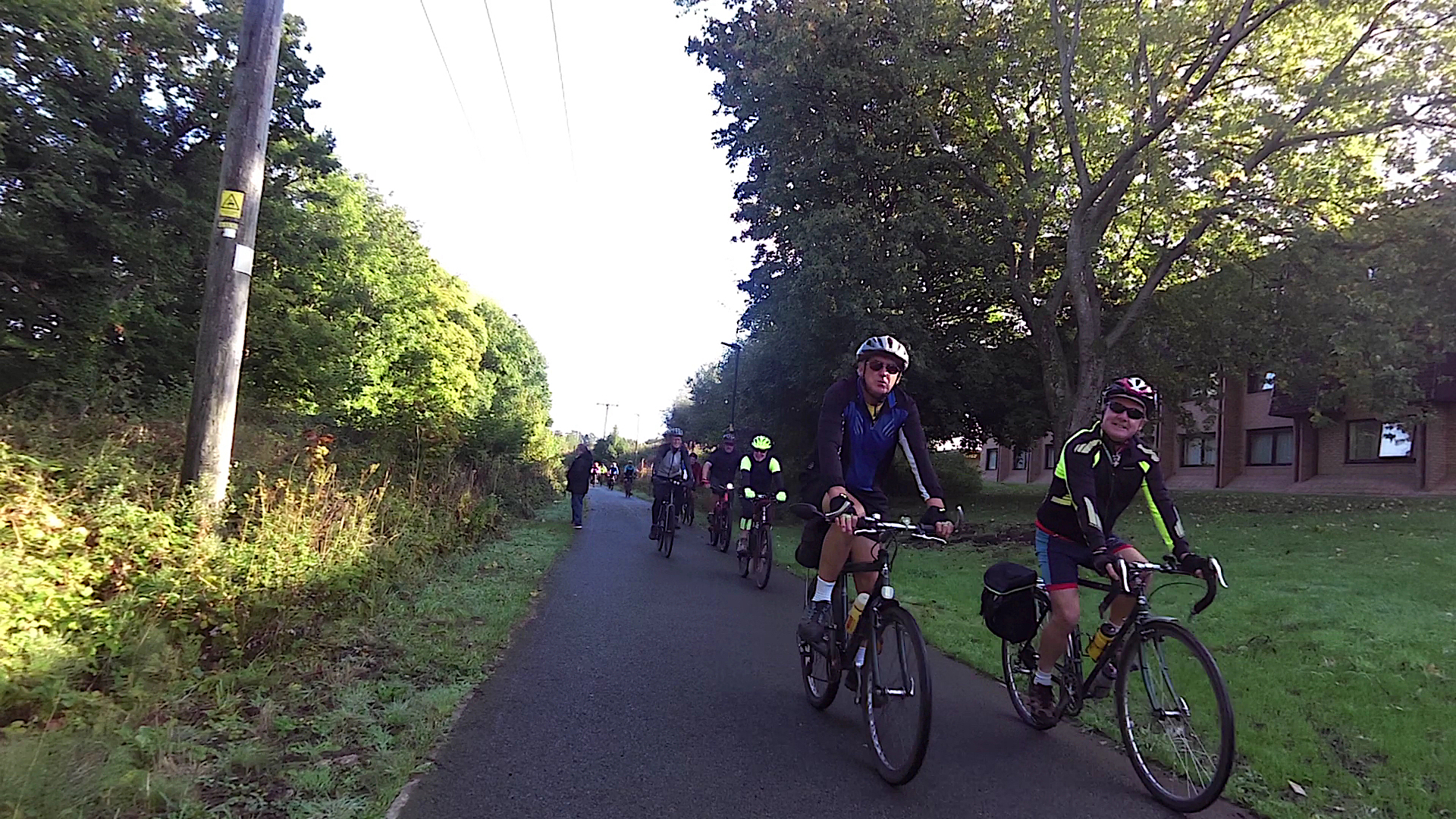 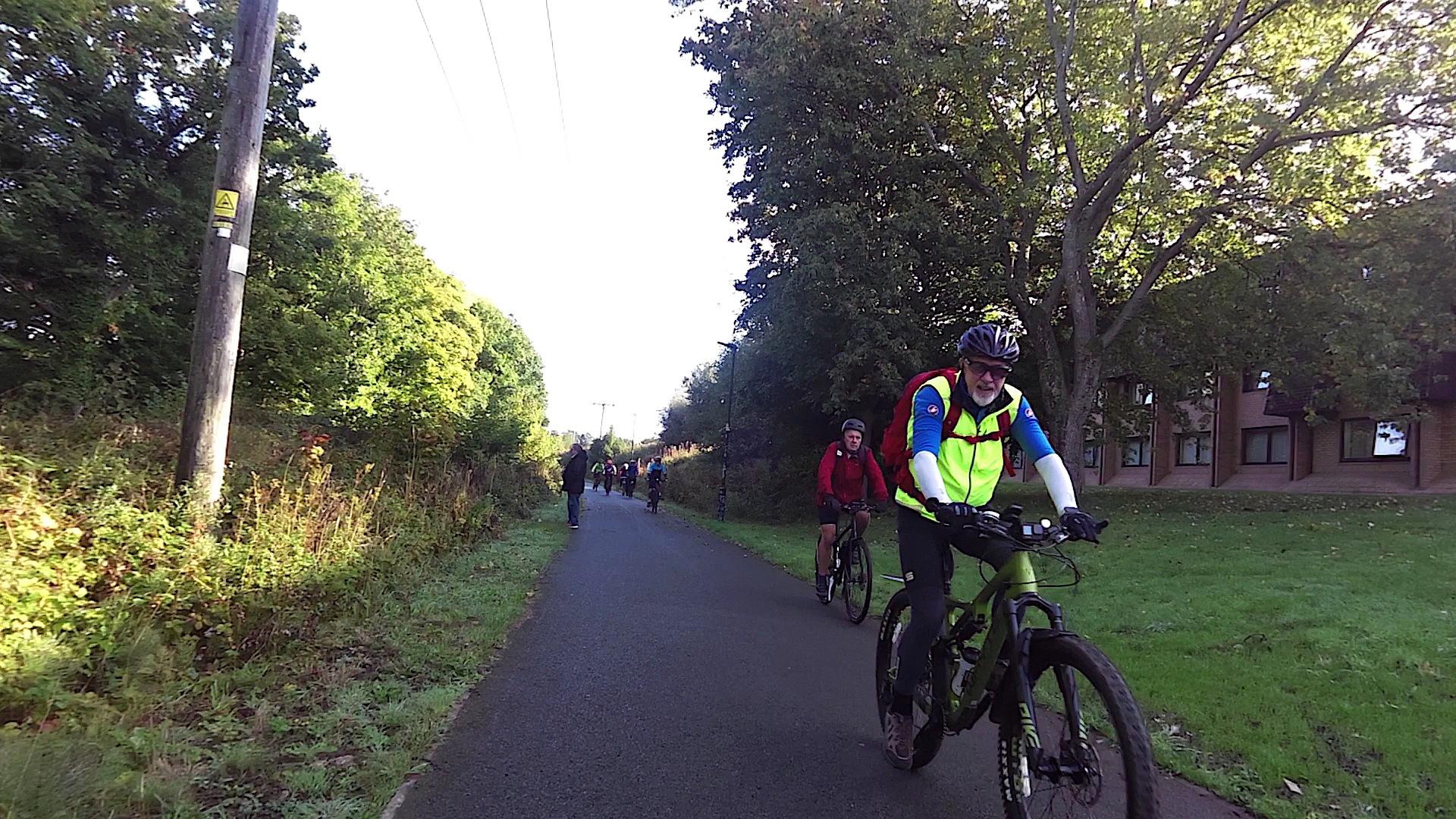 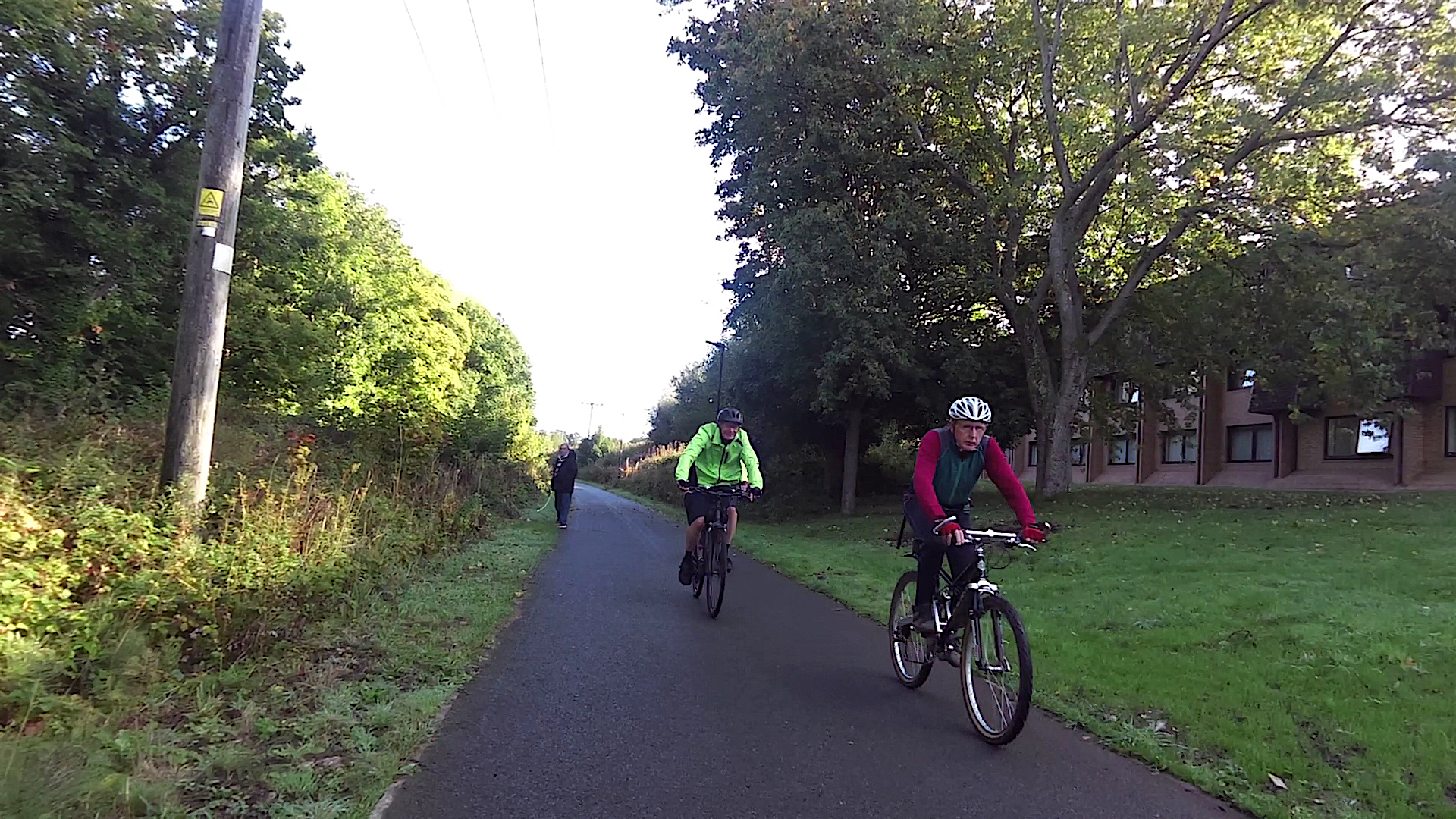 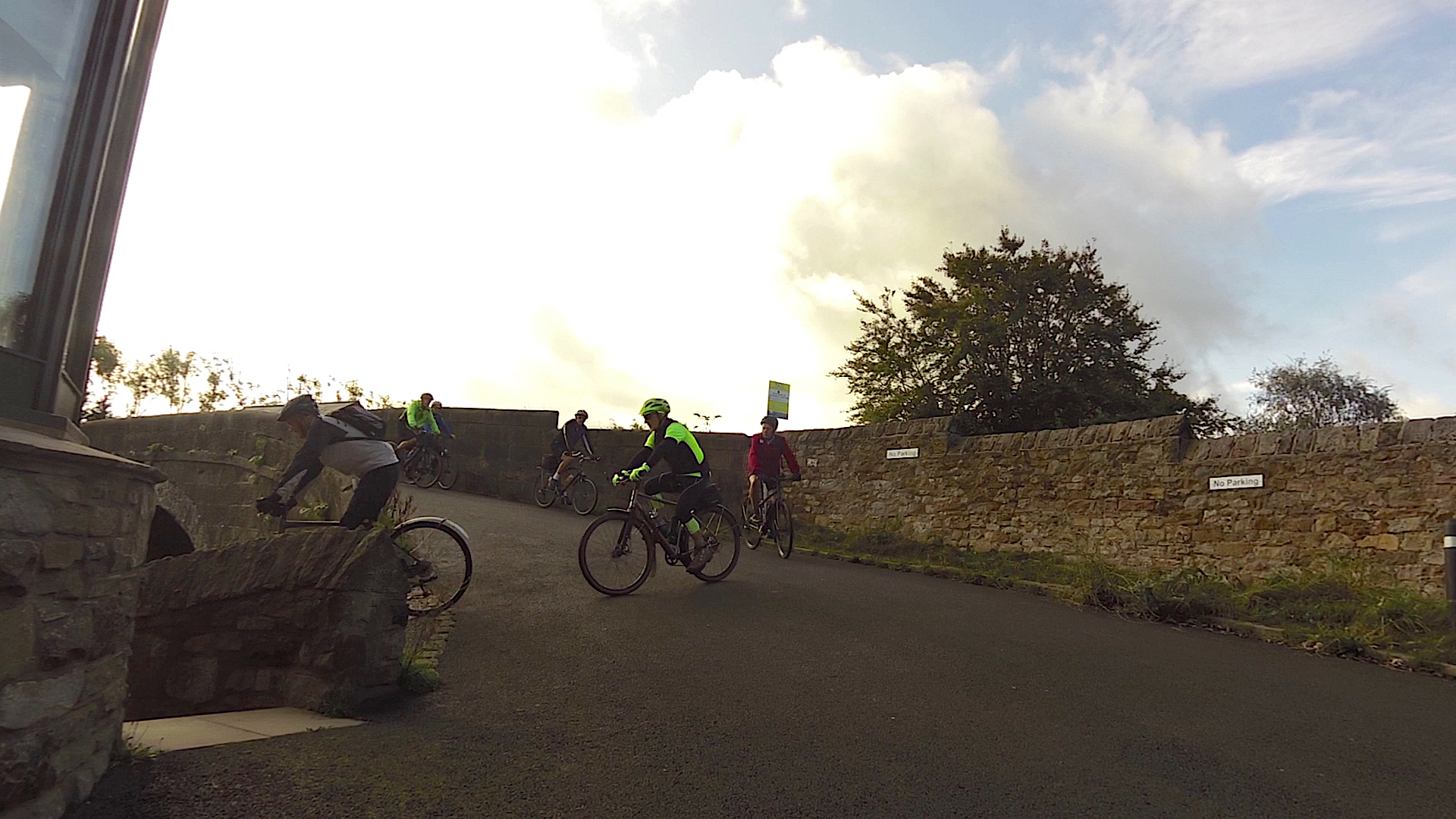 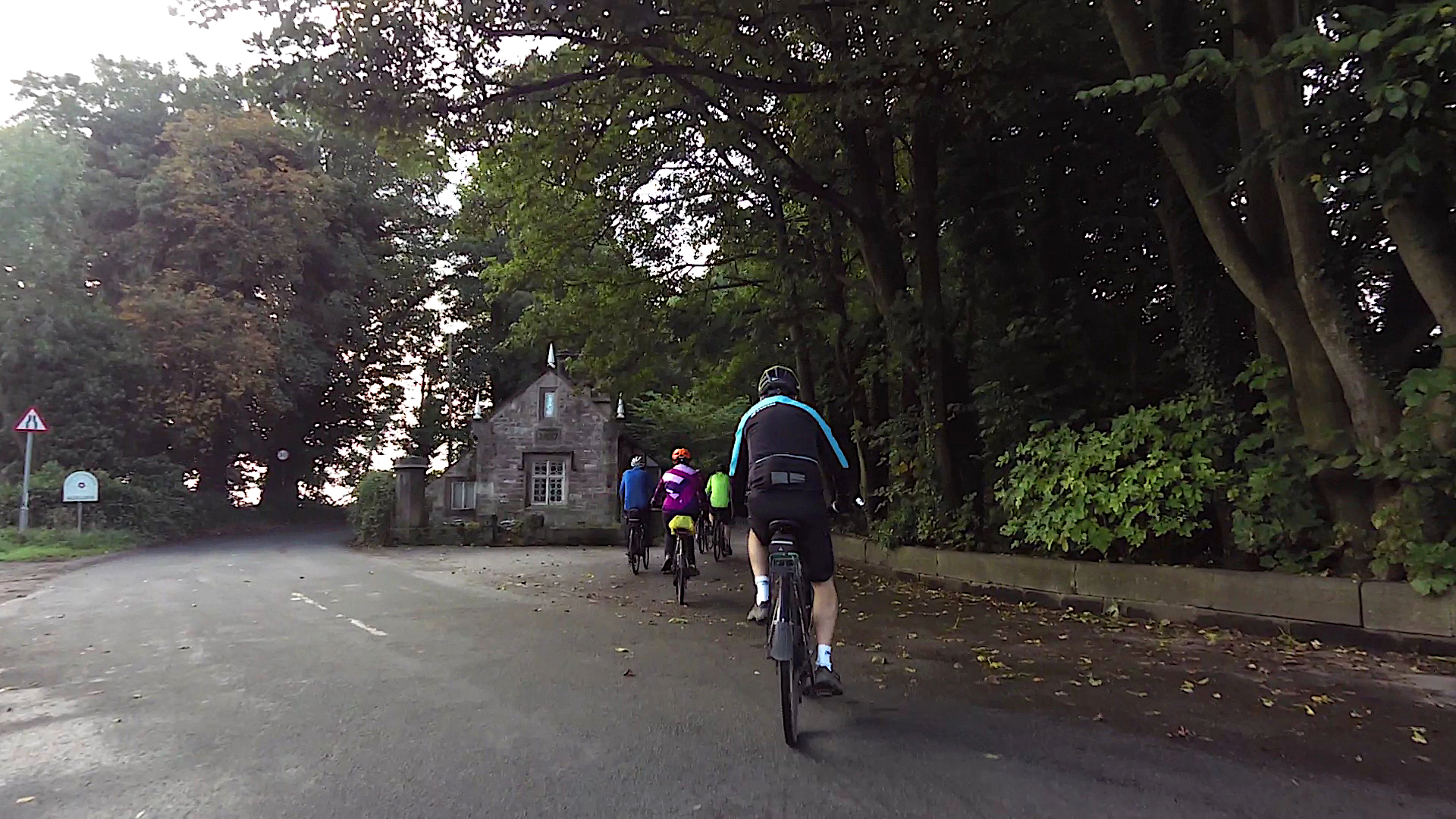 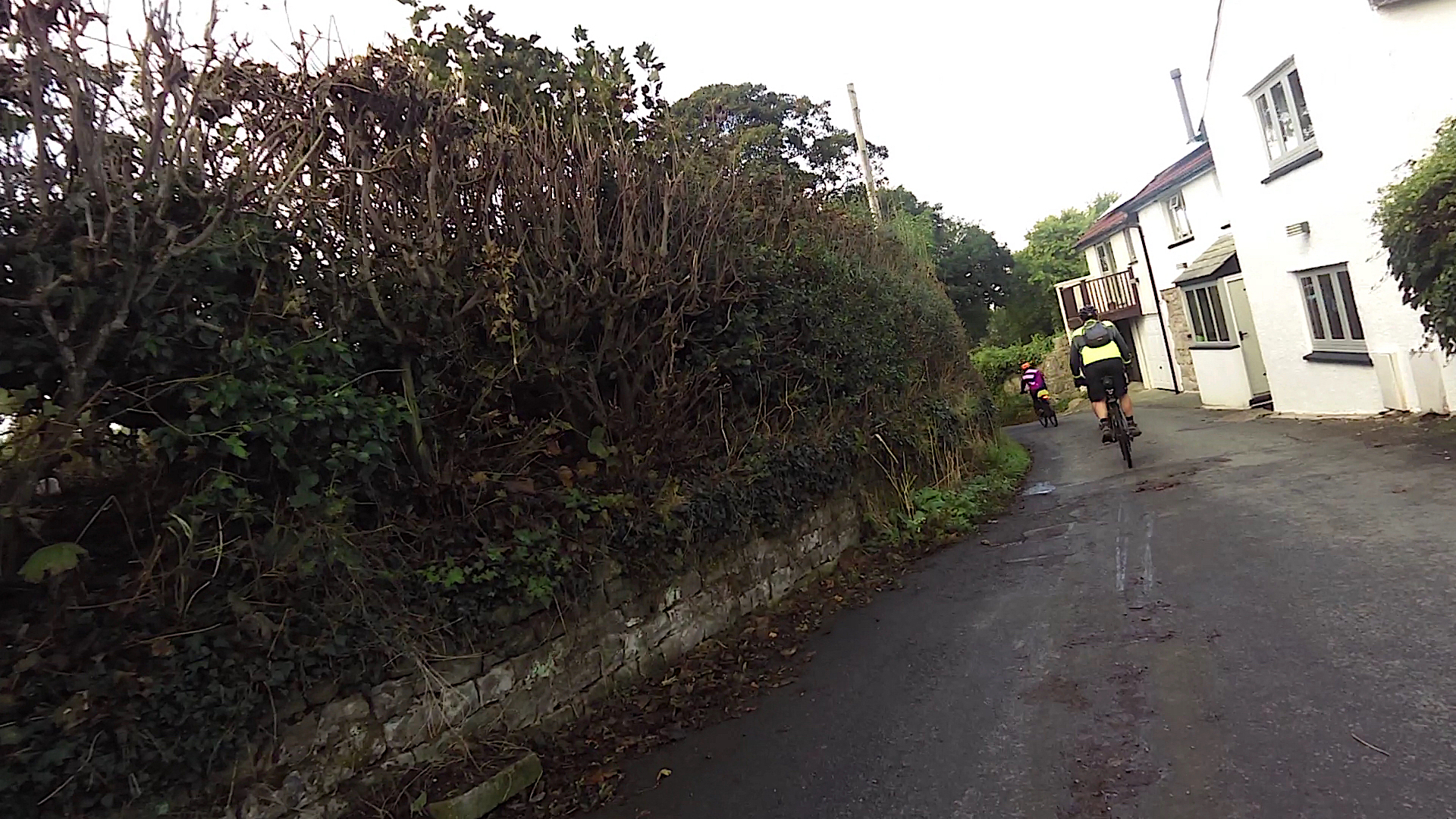 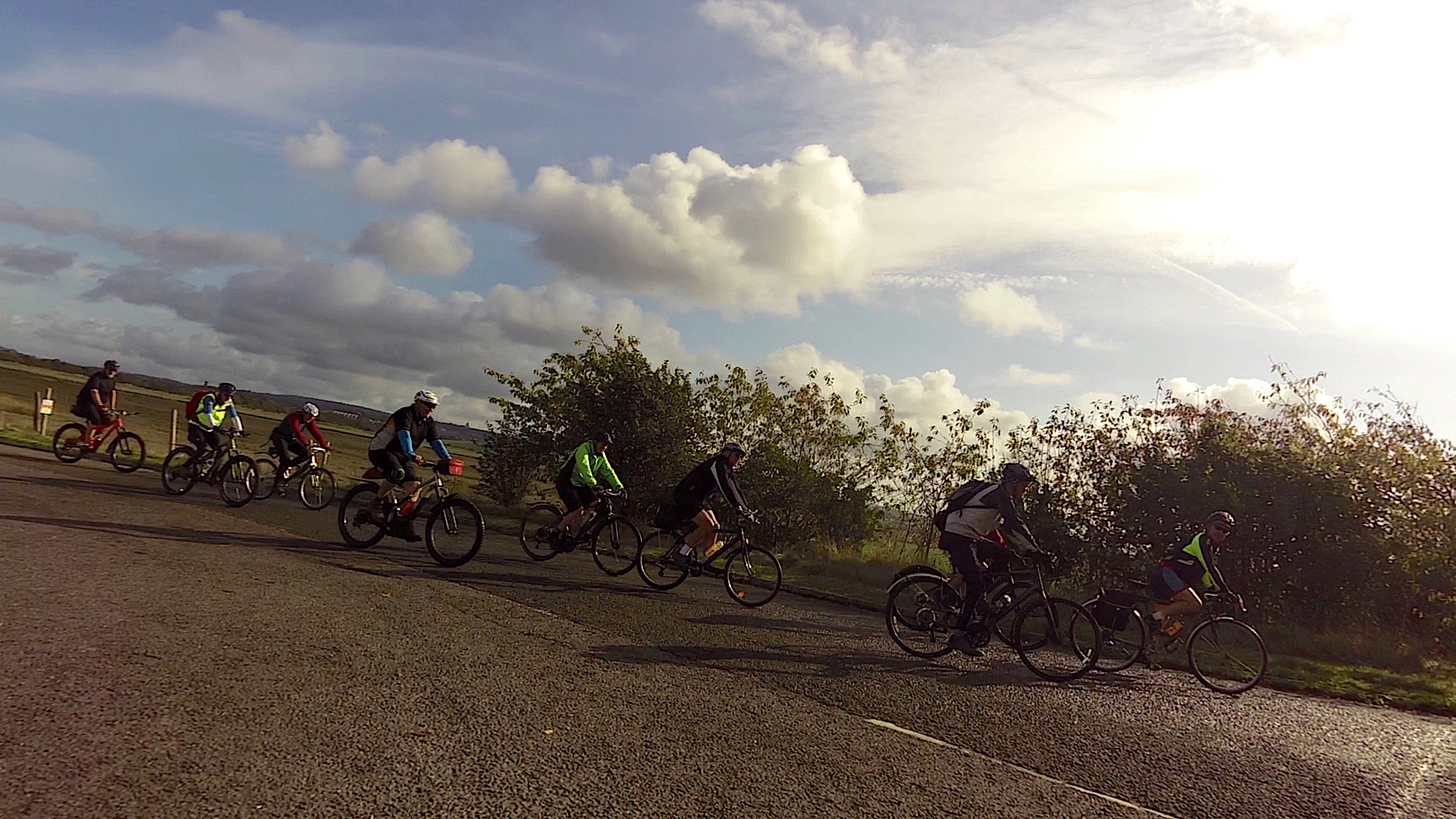 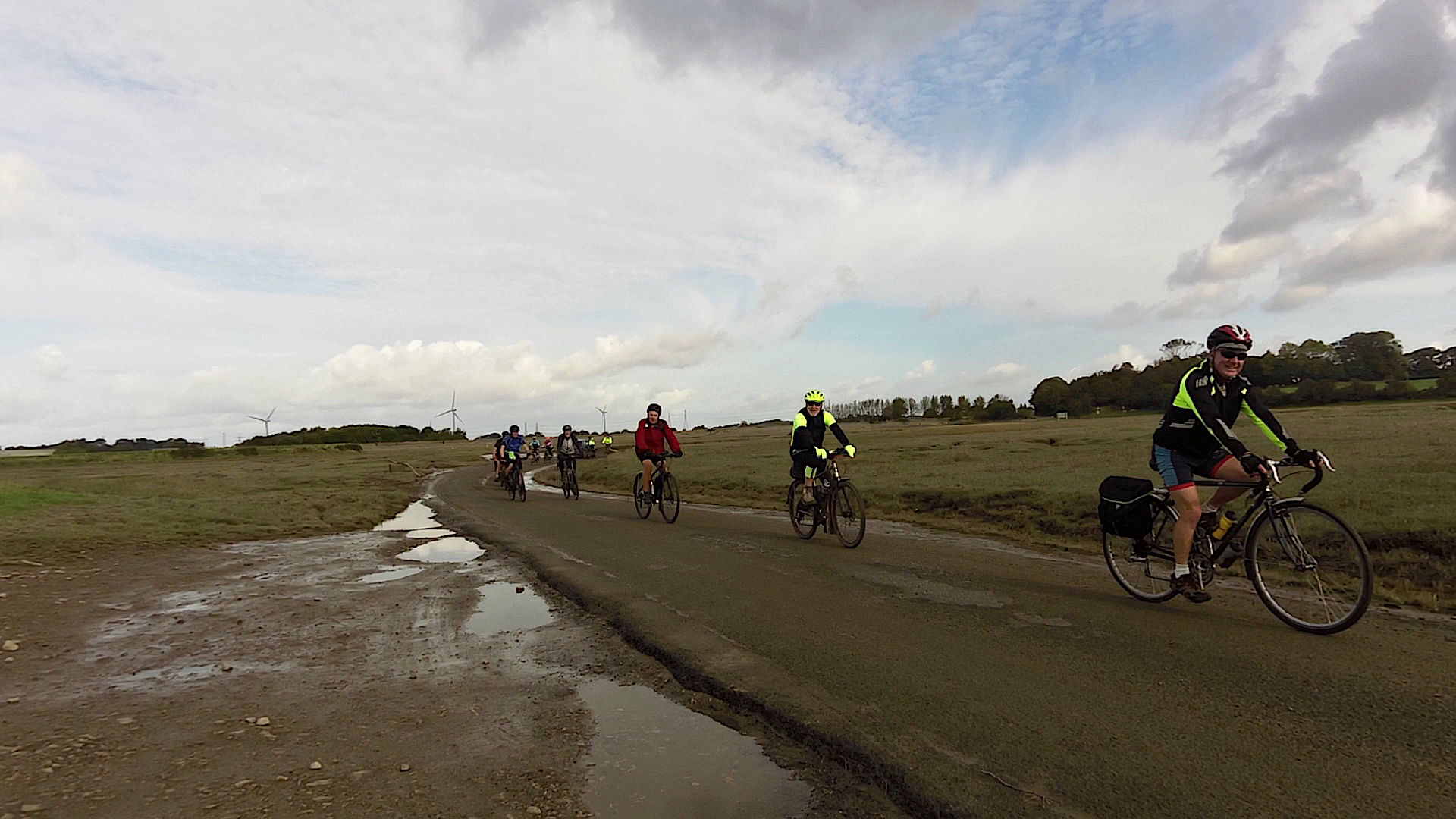 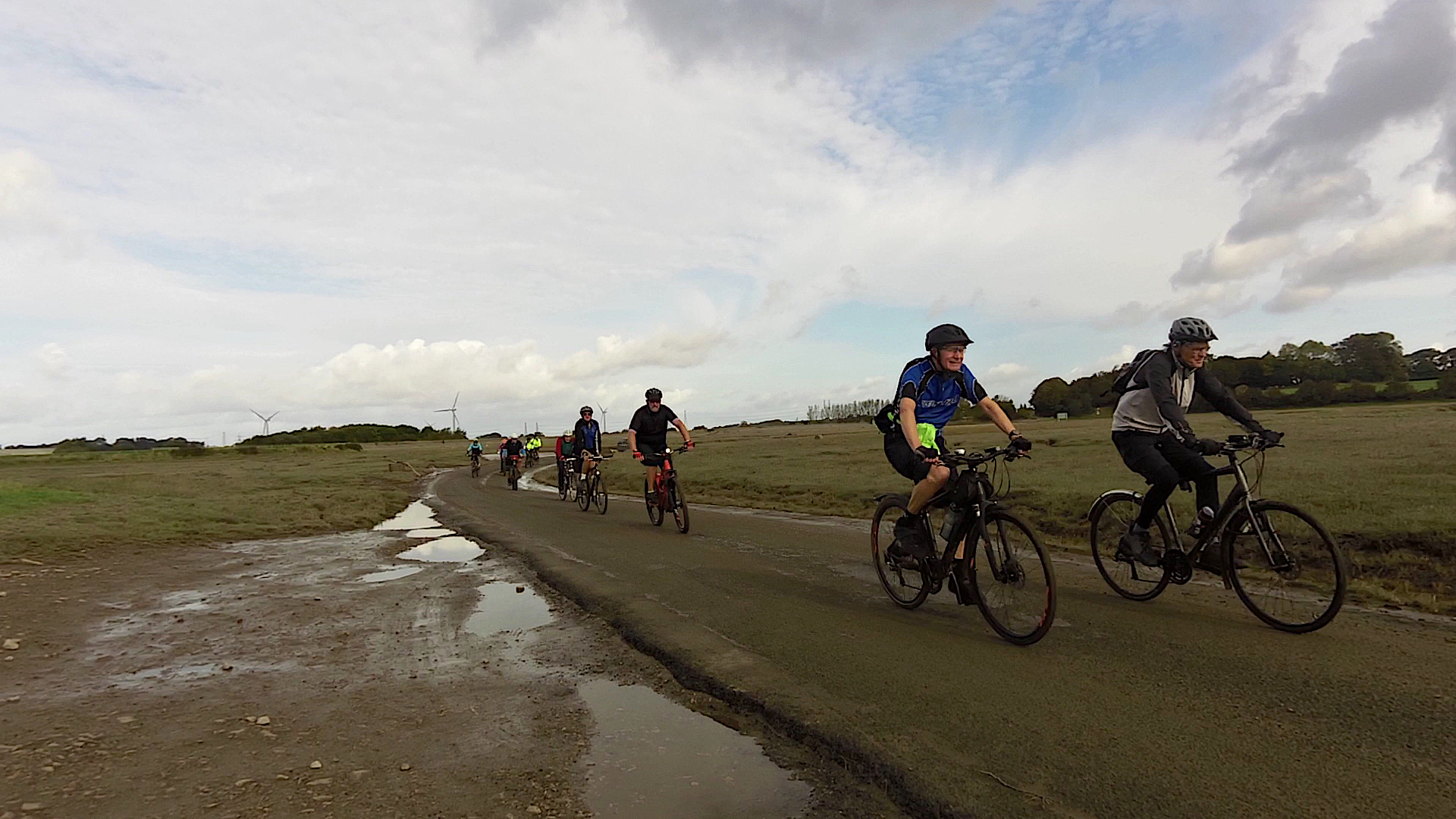 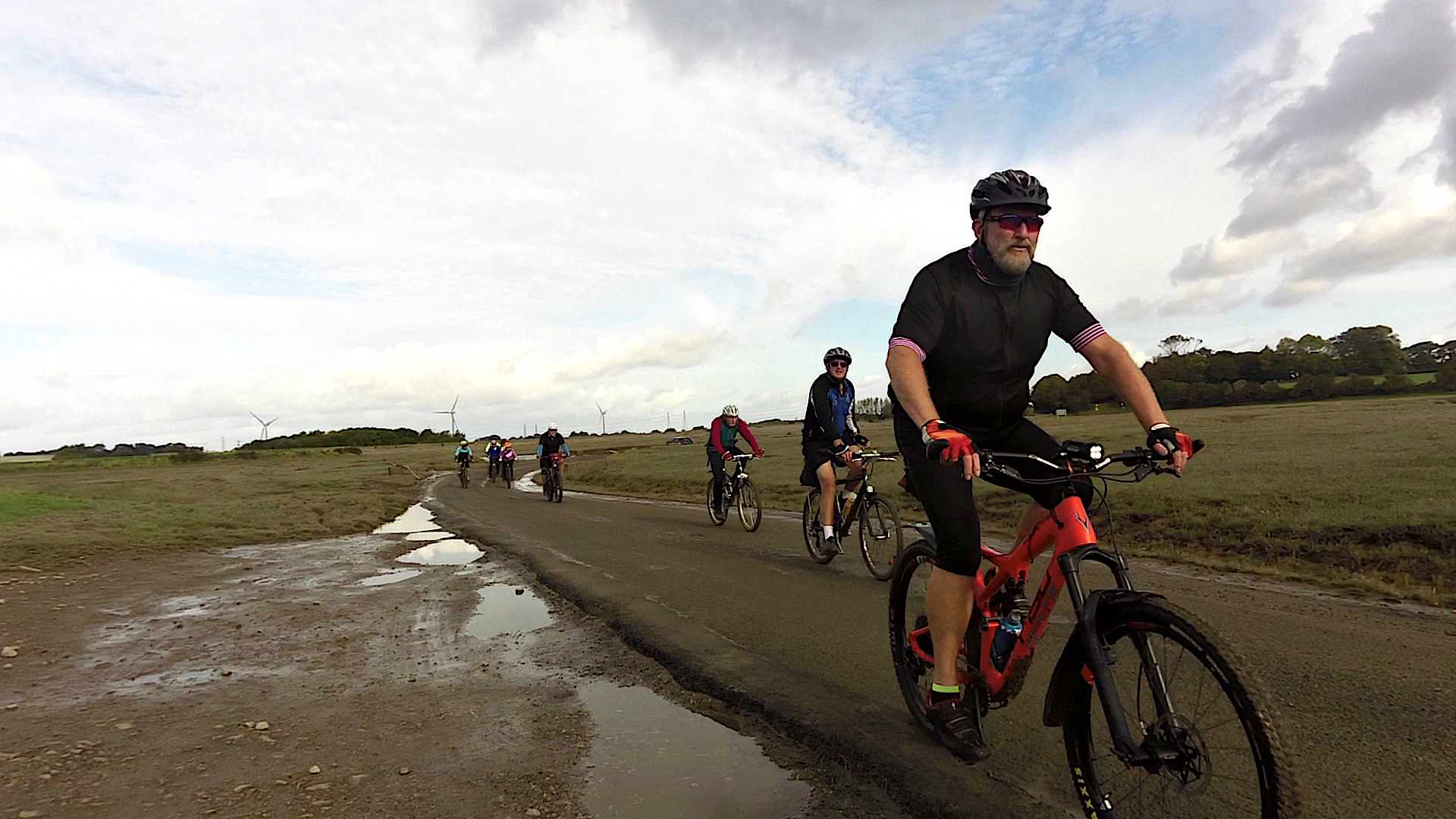 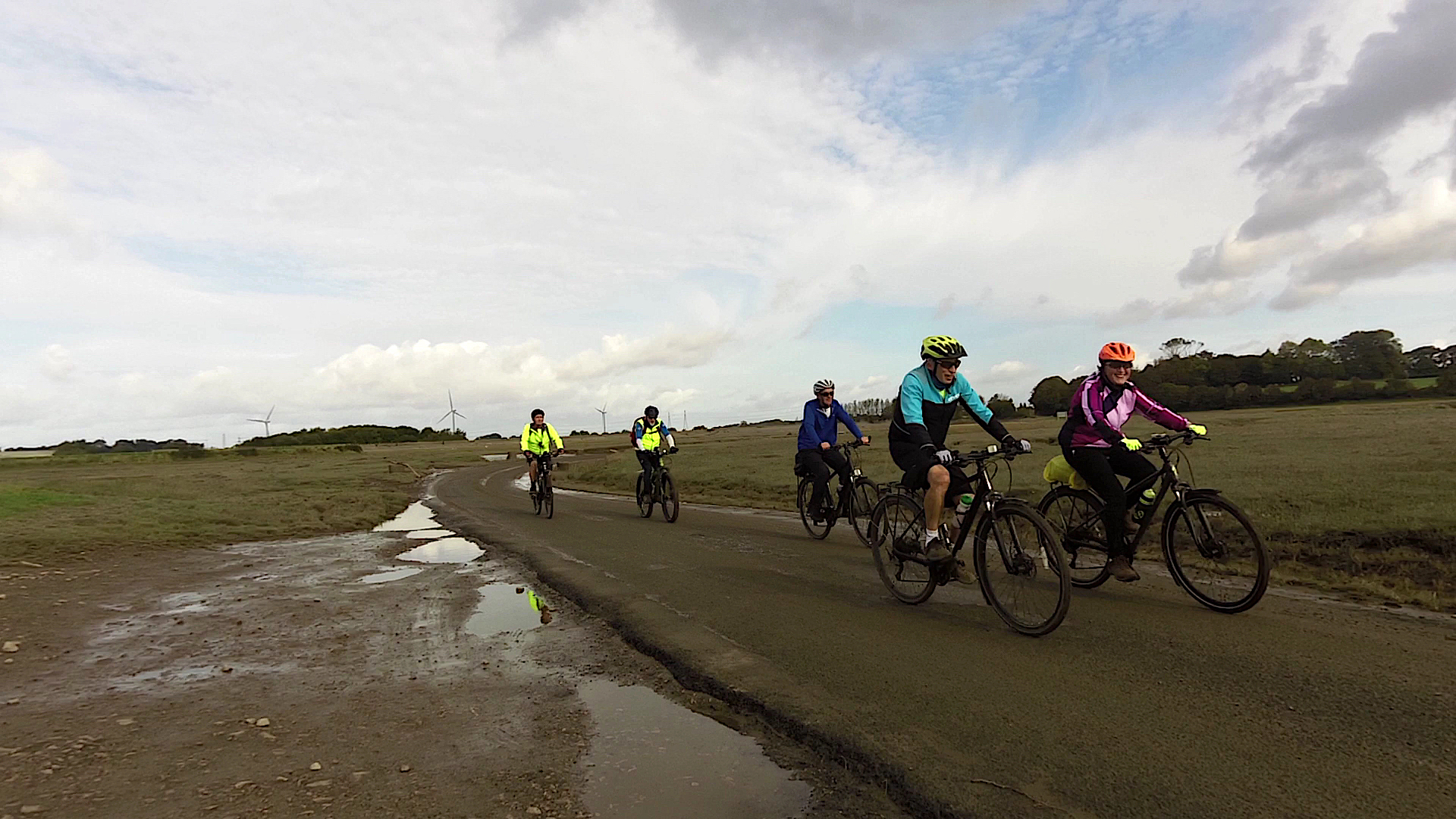 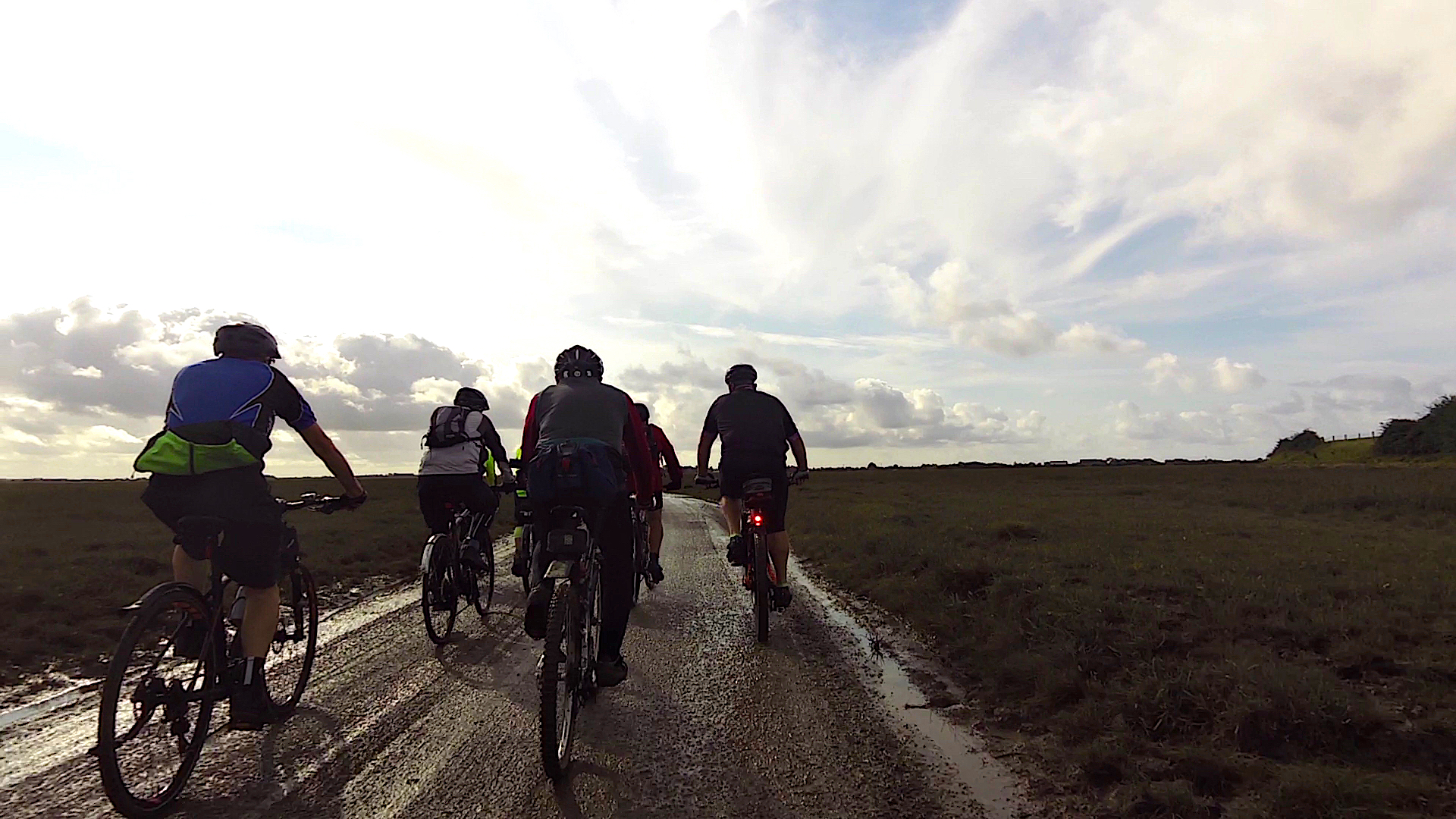 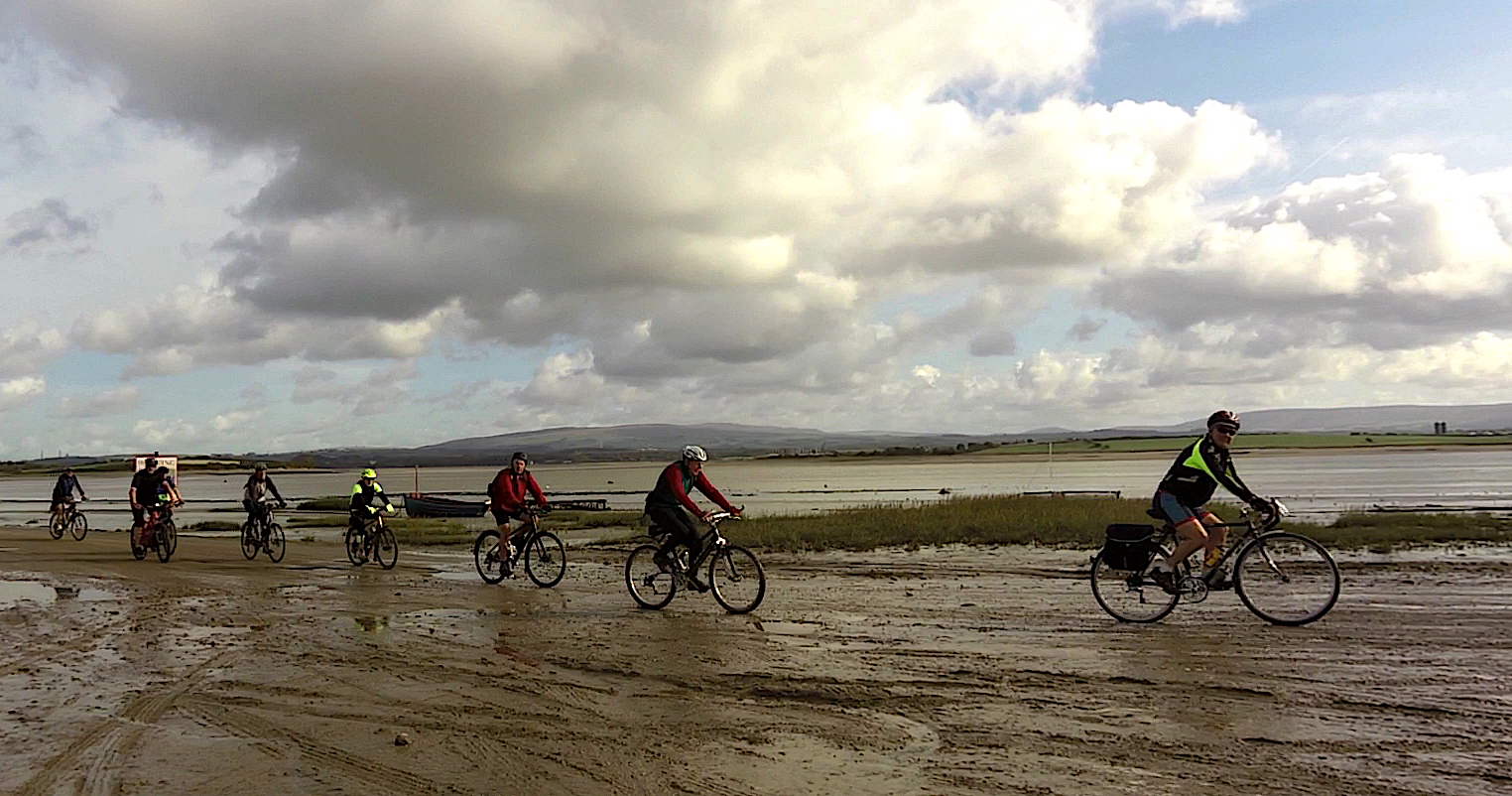 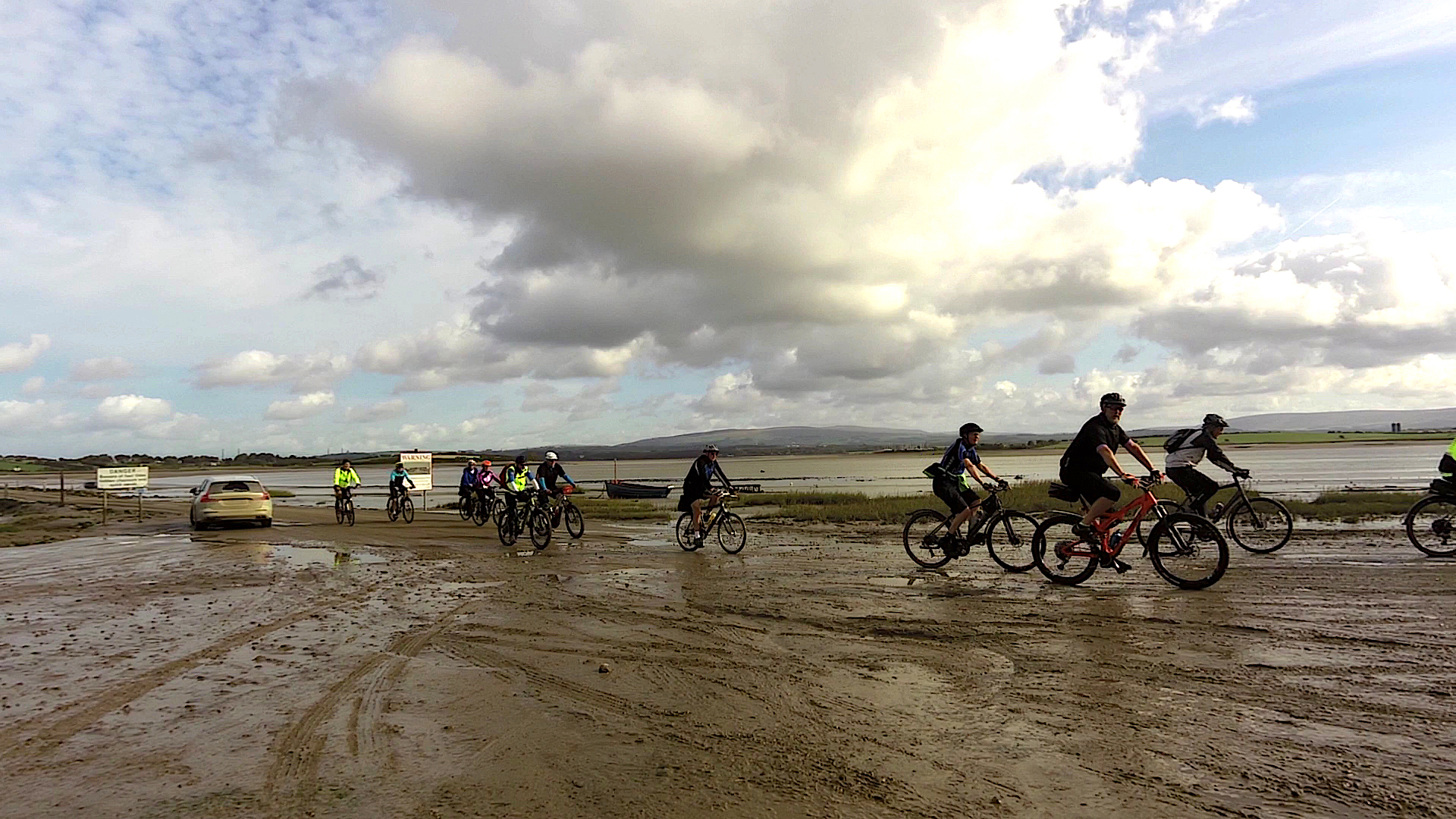 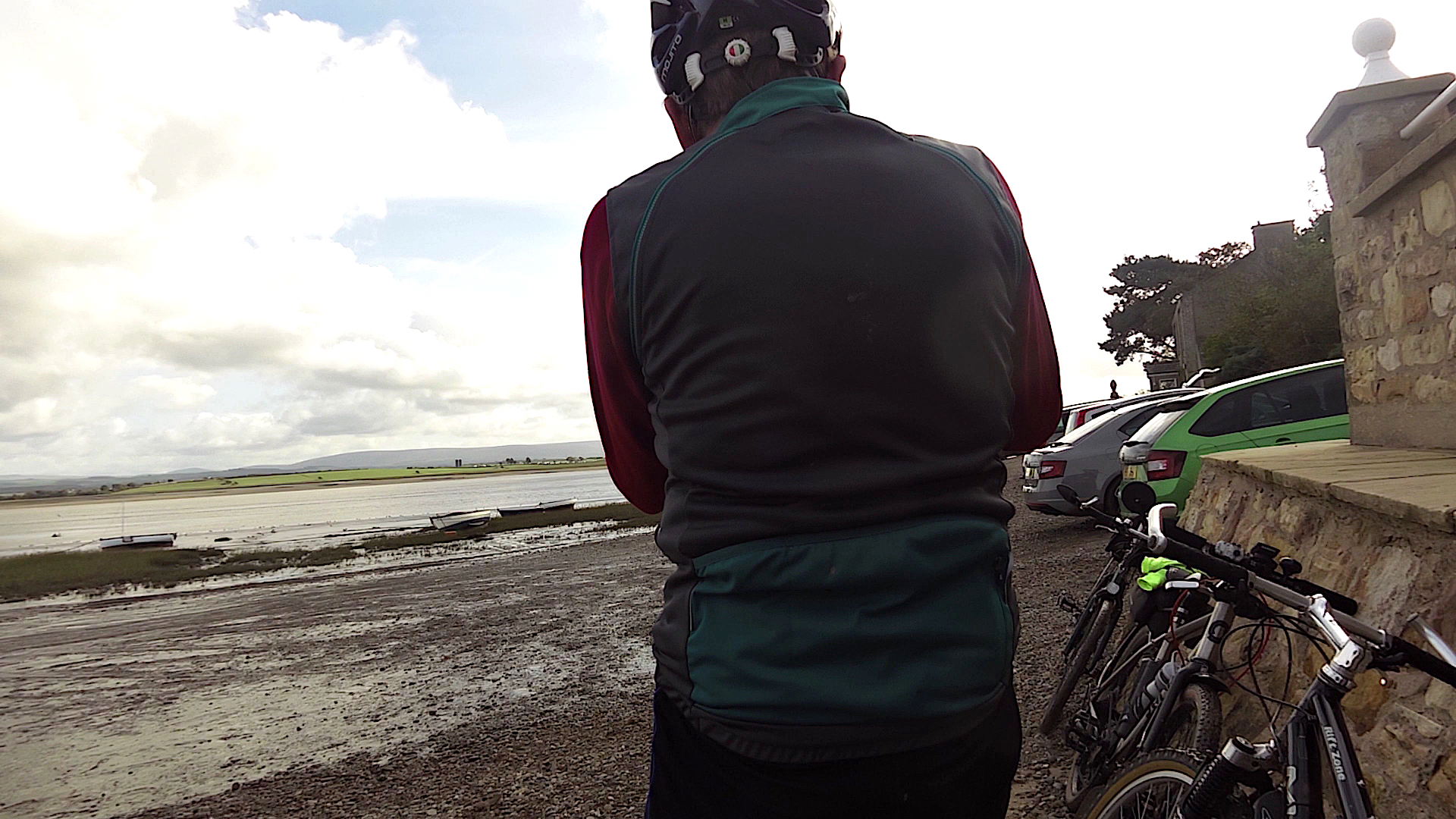 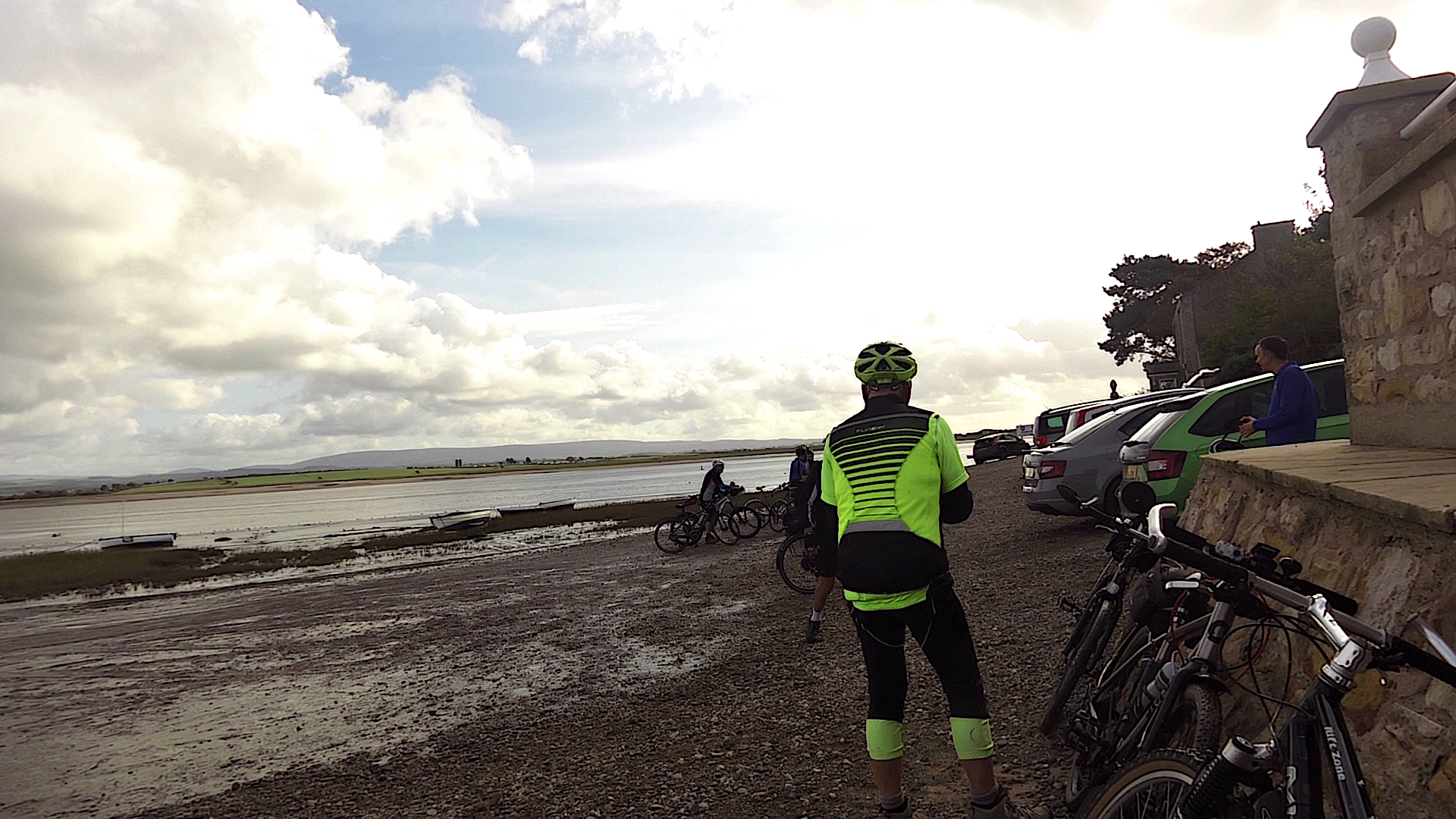 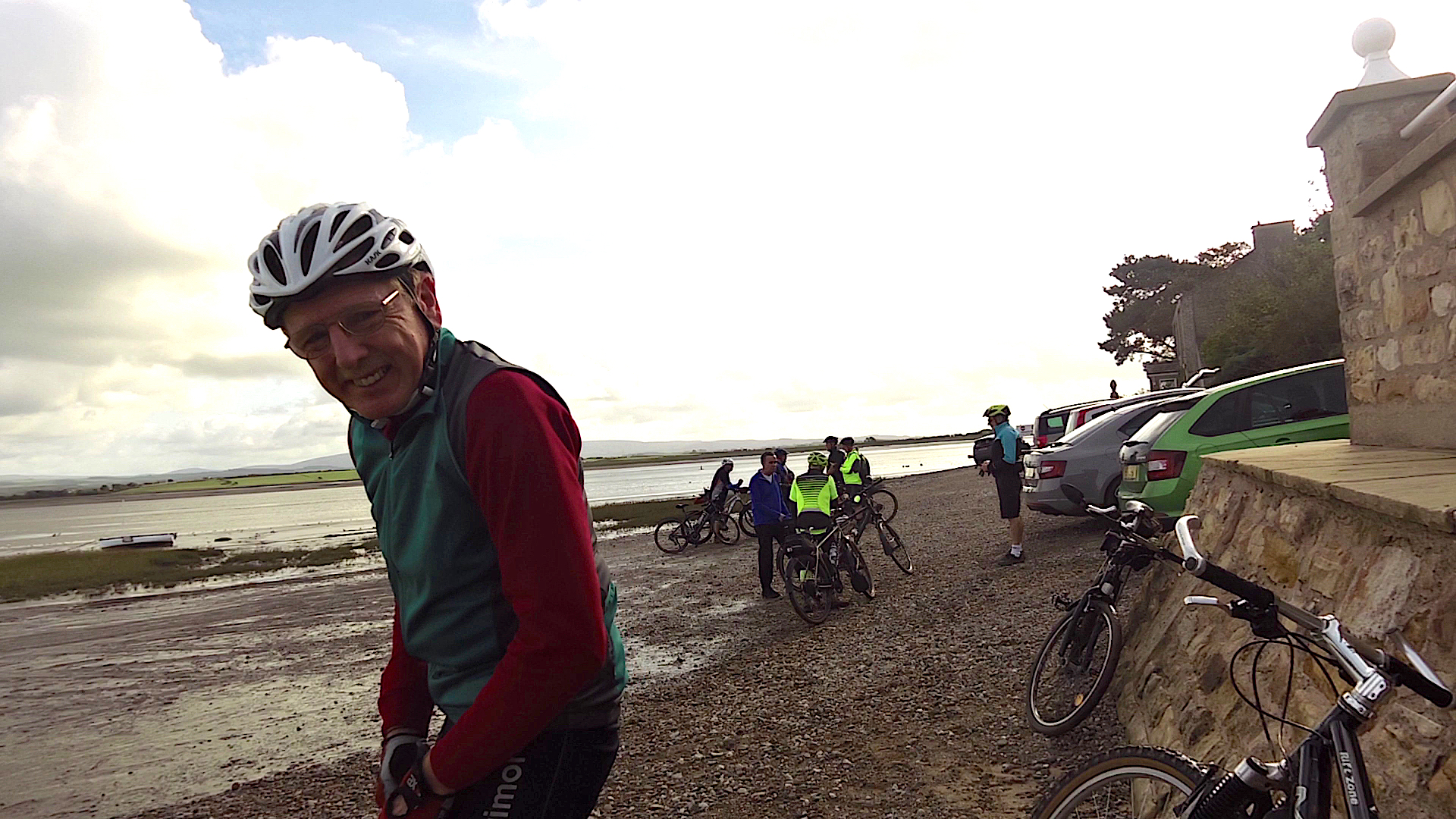 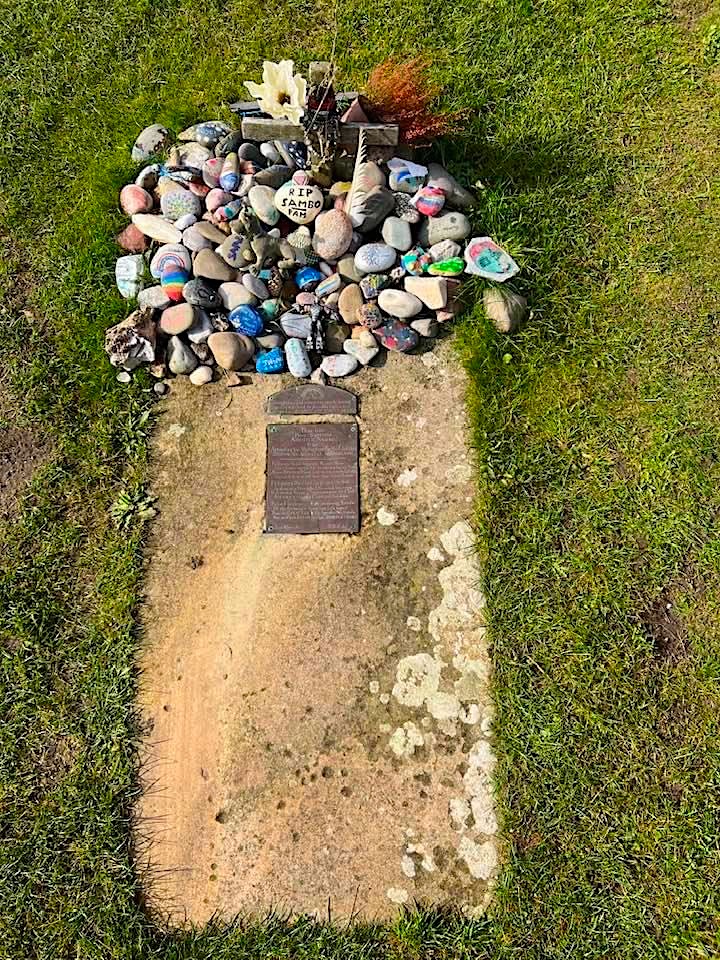 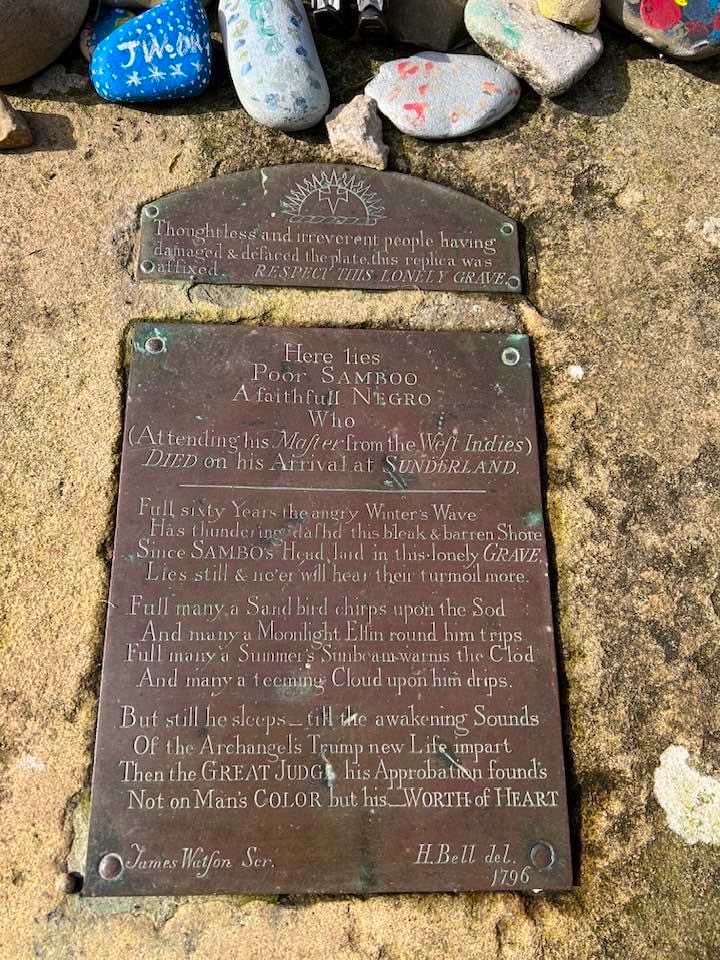 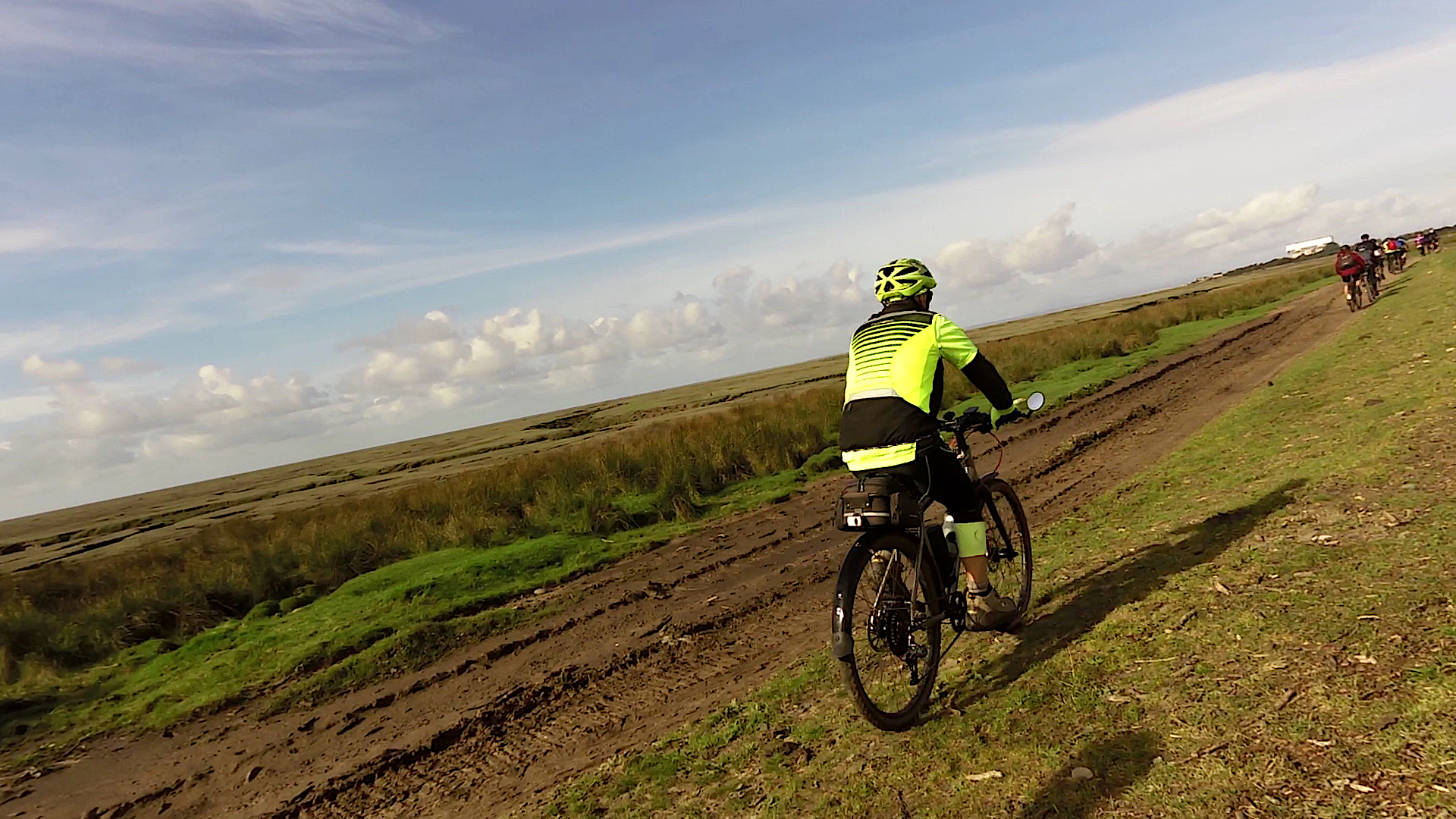 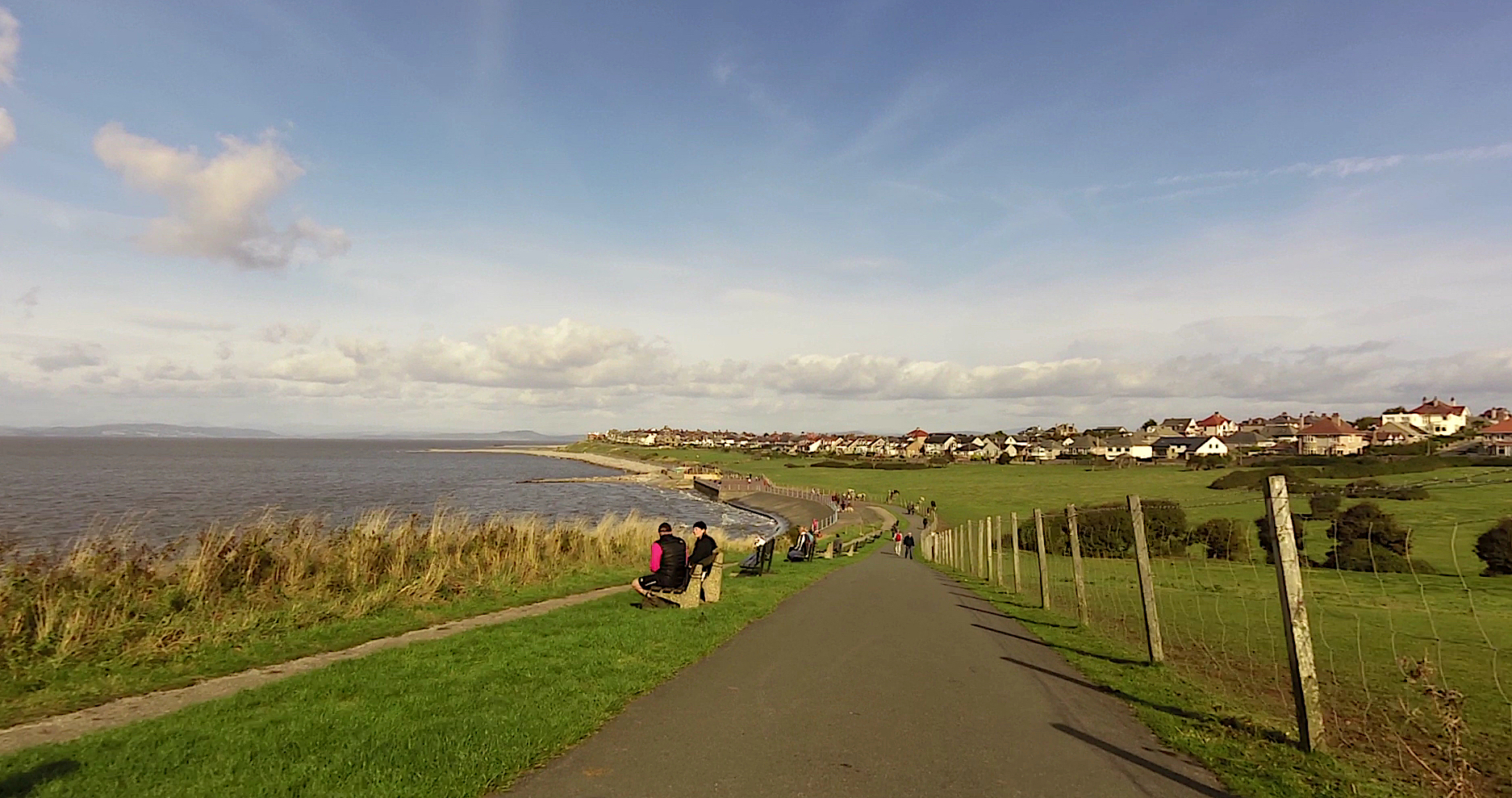 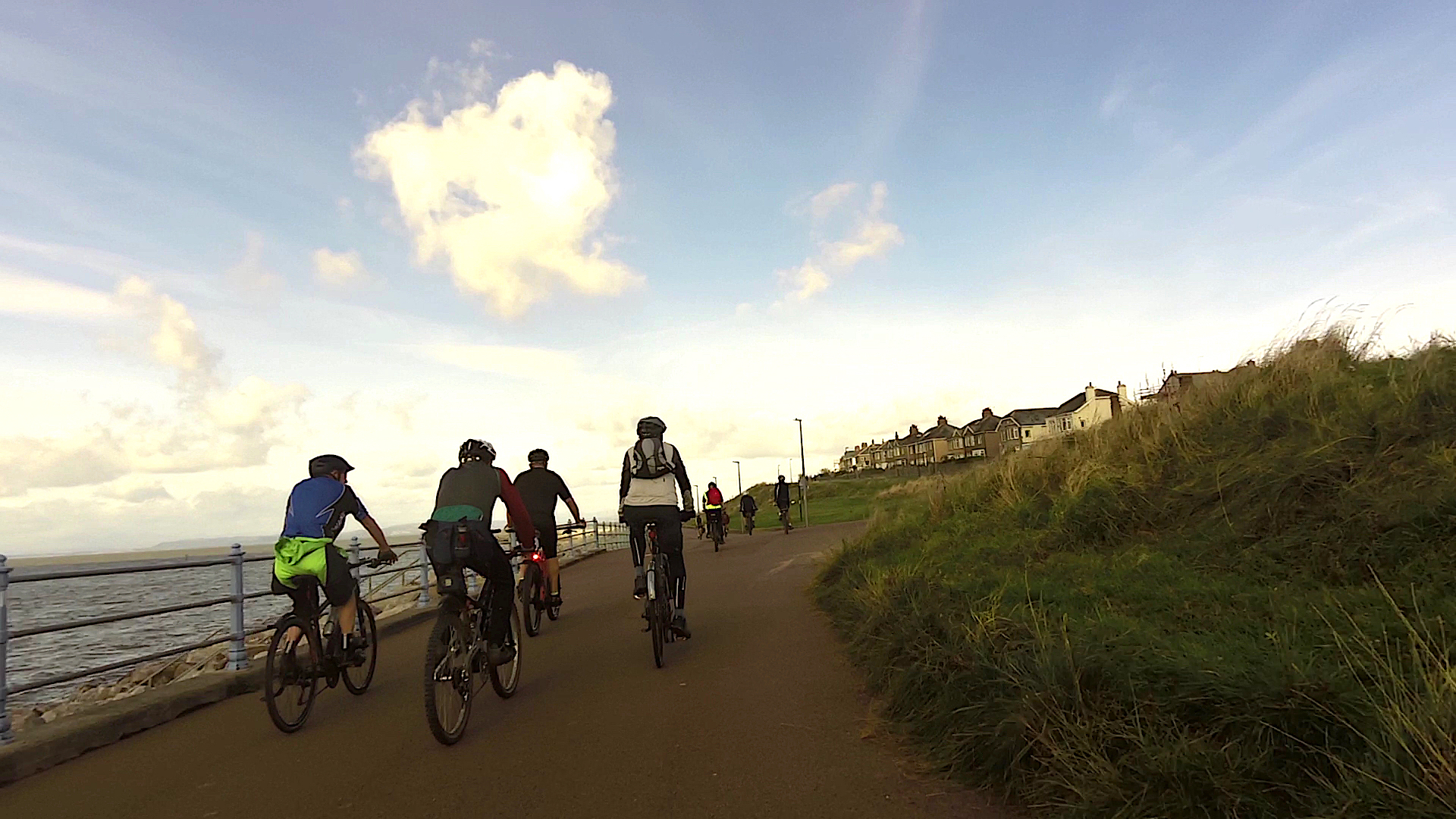 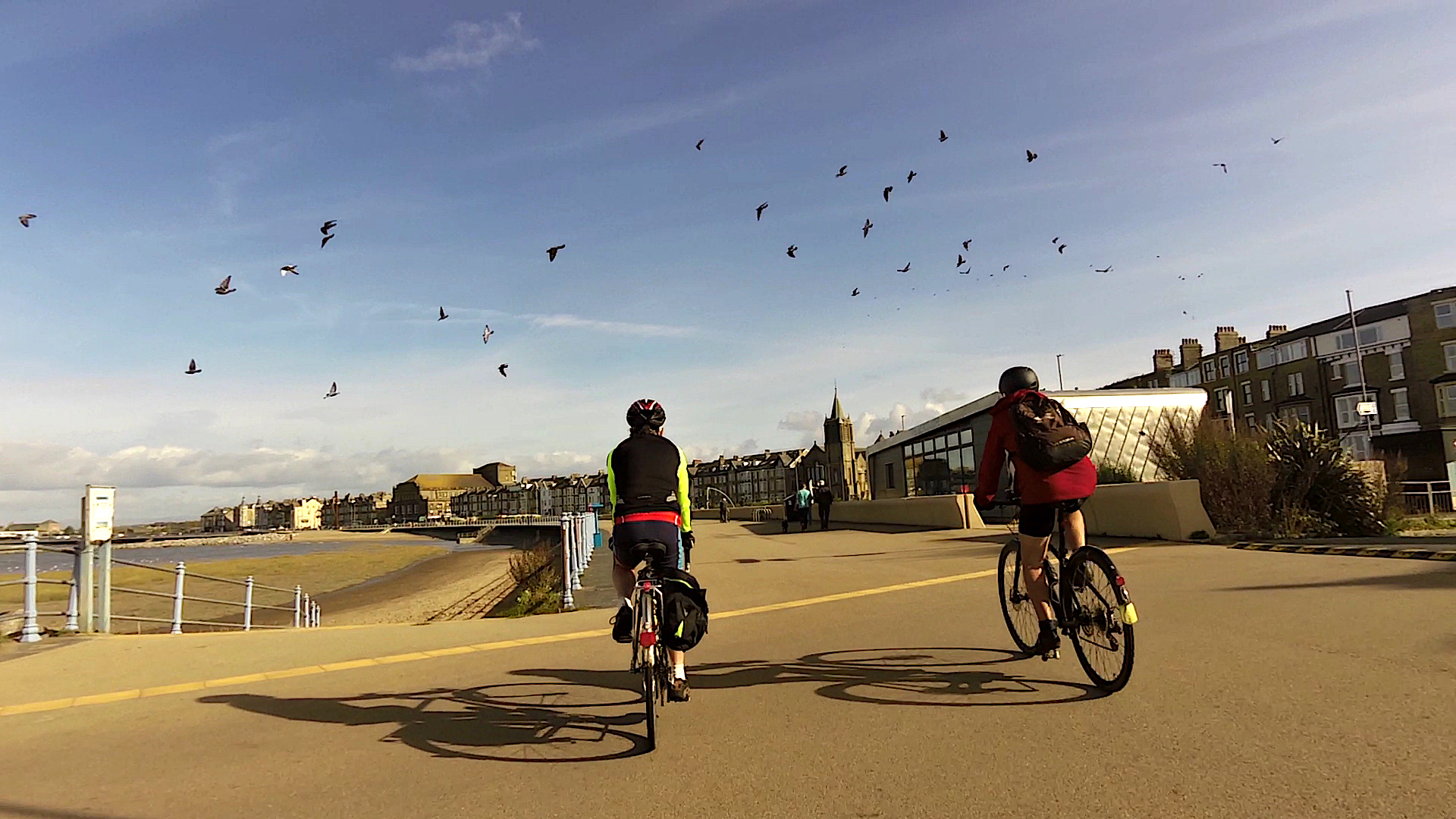 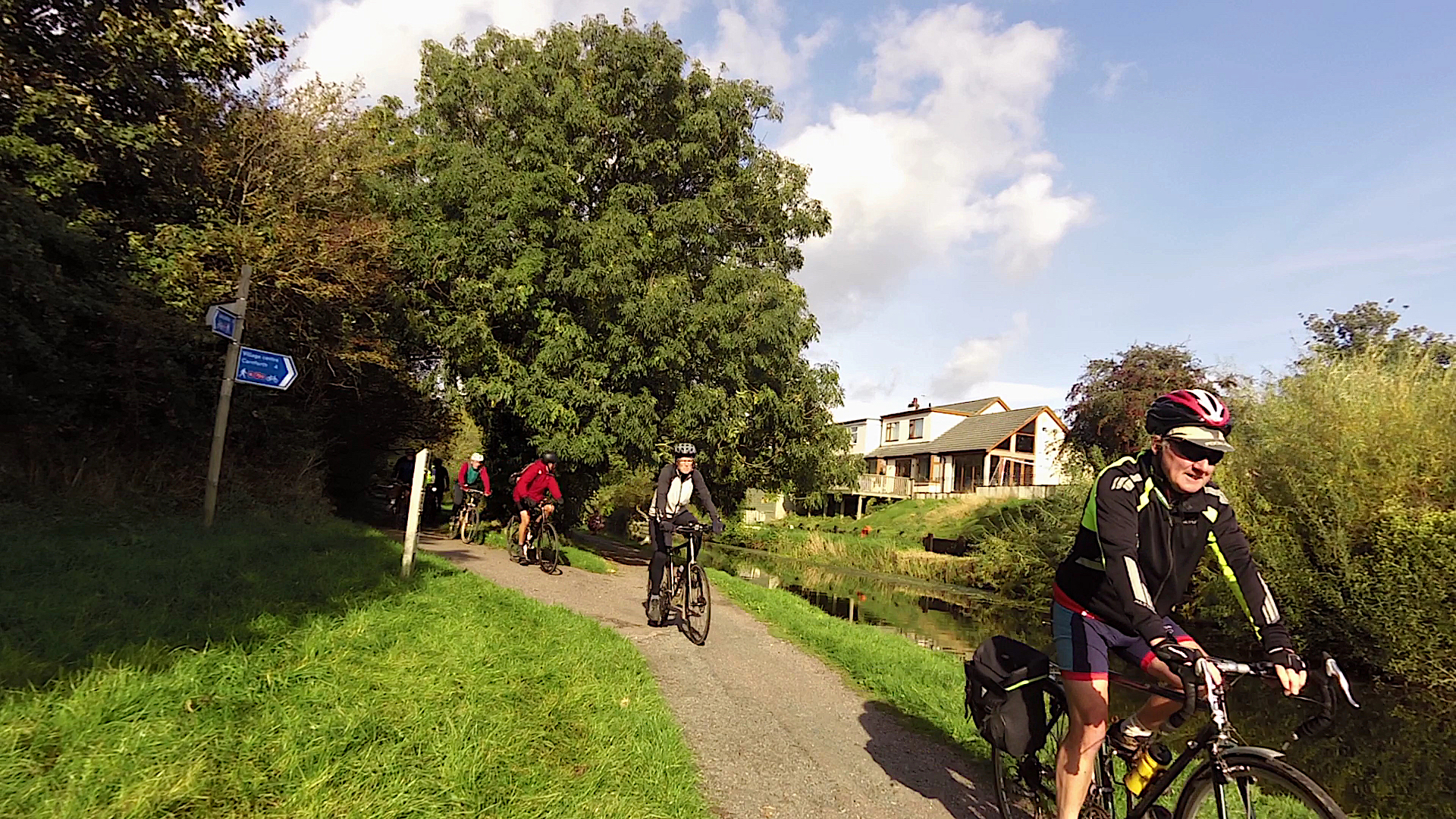 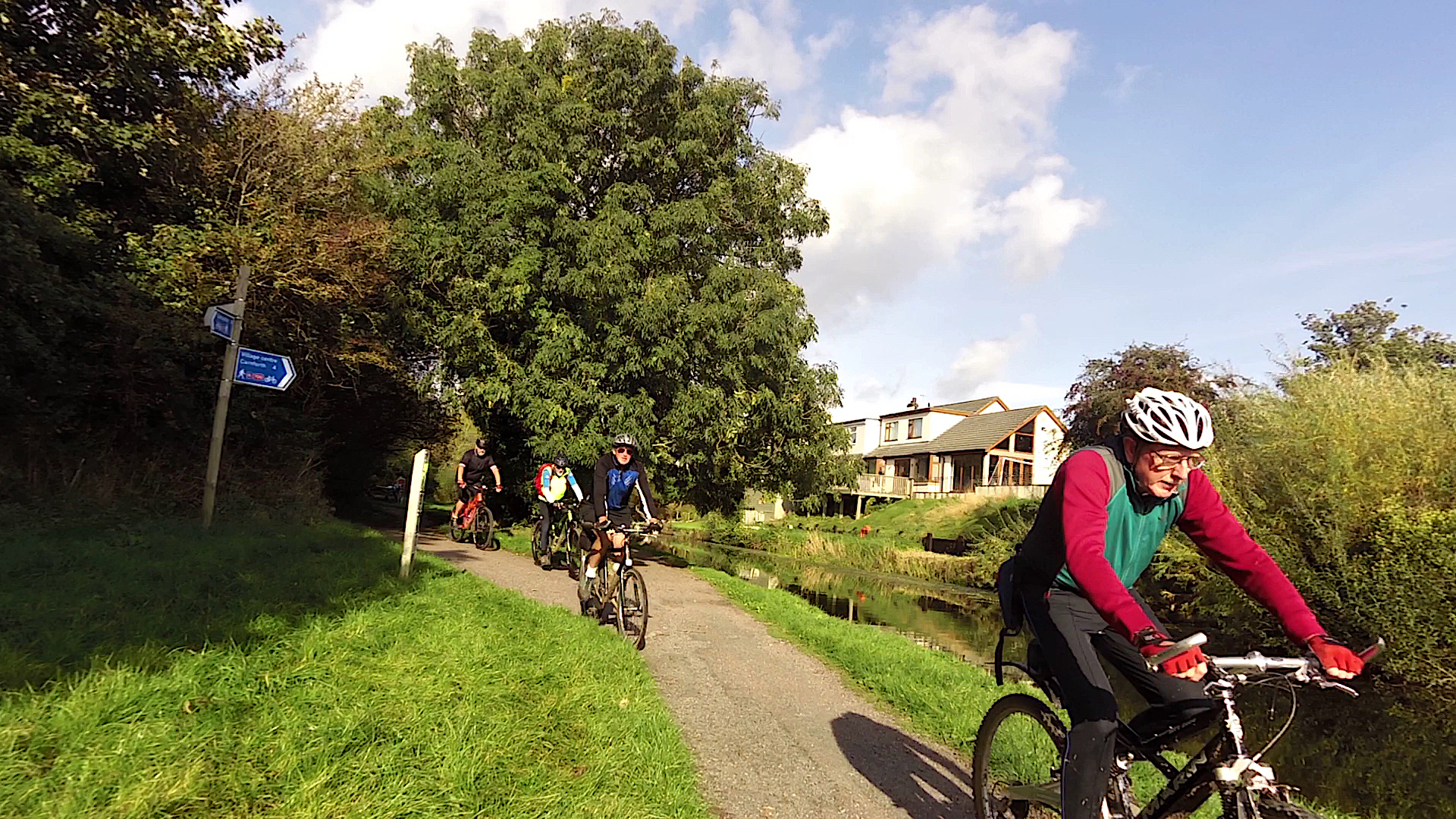 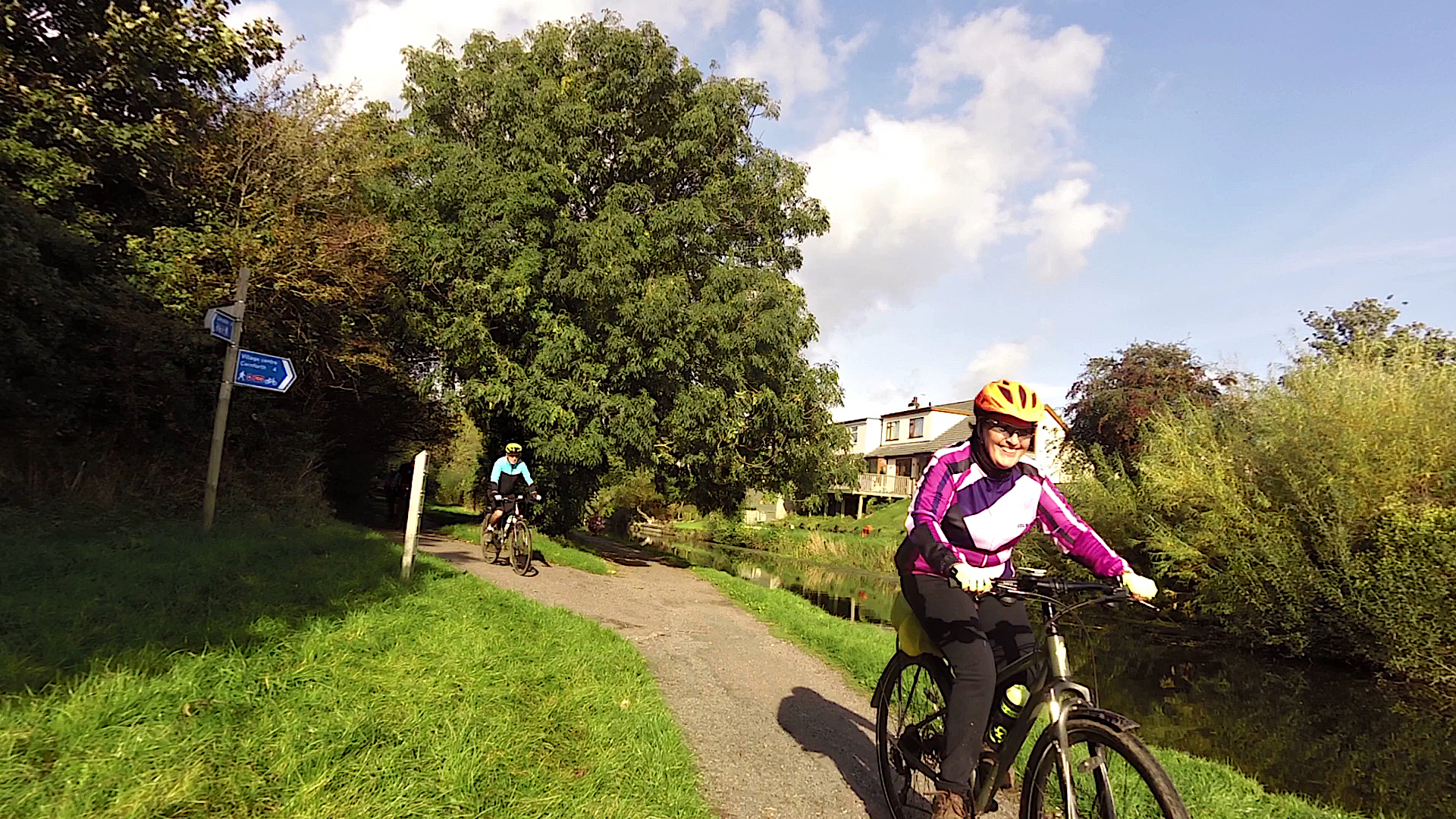