Meeting at the Macclesfield Leisure Centre was a new start point for the majority of us. Nevertheless there did seem to be a little confusion in a certain car as to where they were going to start the ride from, (someone mentioned them being in a nursing home at one point but I don’t know how true that was!!), but……all those booked on the ride eventually made it to the correct start point on time.

Fourteen intrepid riders set out on unfamiliar roads, behaving very well and following the leader – probably because they didn’t have any other choice – well they did but it would have been “get lost”.

After a gentle warm up of 4.5 miles we were crossing the A34, quite a busy road, but nothing wrong in that until we got to the other side and were rather officiously told to get off the road by someone waving a red ‘paddle’ – “there was a cycle race coming through”. We duly stopped on the side of the road whilst first a car passed with a single cyclist following. Another shout from the other side of the road came, telling us to wait, there were more coming – I don’t think any of us believed a race would consisted of one rider being paced by a car!

The other bunch came through followed by a “Race Marshall” motorbike.  We were then allowed to set off in pursuit.  Some tried to keep up but we never saw the pack again.

Shower number one came shortly after and a stop was called for some to don caps and coats, not really worth it as the rain stopped as we restarted.

A pleasant country lane and a few large houses later we arrived at our first really busy road to the Chelford roundabout. Two of our young ladies obviously did not like the male company and set off following a couple of Lycra clad roadies and ended up turning down the wrong side of the road!

Whilst waiting for the ladies to rejoin us, it was pointed out we had just passed the burial place of cycling legend Reg Harris and were in the area in which the Kenny family live.

Making good progress to lunch had to be stopped, didn’t it – puncture no. 1 happened 4 miles from lunch! Fixed and thorn removed by sharp eyed Ray, off we set for lunch.

Jodrell Bank beckoned, (and had been doing so for a fair amount of the ride), and we made our way to the cafe for lunch. Some had carried their own lunch, other had had it carried for them!

Sustenance over it was back on the bikes for the dessert – a few miles of gentle Cheshire Countryside to warm up and them slightly more Undulating roads – the word Stonking was mention over lunch, but as only one of us had ridden this route before it was left up to the individuals to try and imagine what was to come.

Don’t think anyone was disappointed with their imaginations and their efforts as everyone made it up the hills, albeit some slower than others, but that is human nature for you.

One last hill and then it was almost a freewheel back to the start – but for some it was interrupted by the pesky rain and despite only being 1 mile from the end they stopped and put on their rain gear!

Hope everyone enjoyed the ride. 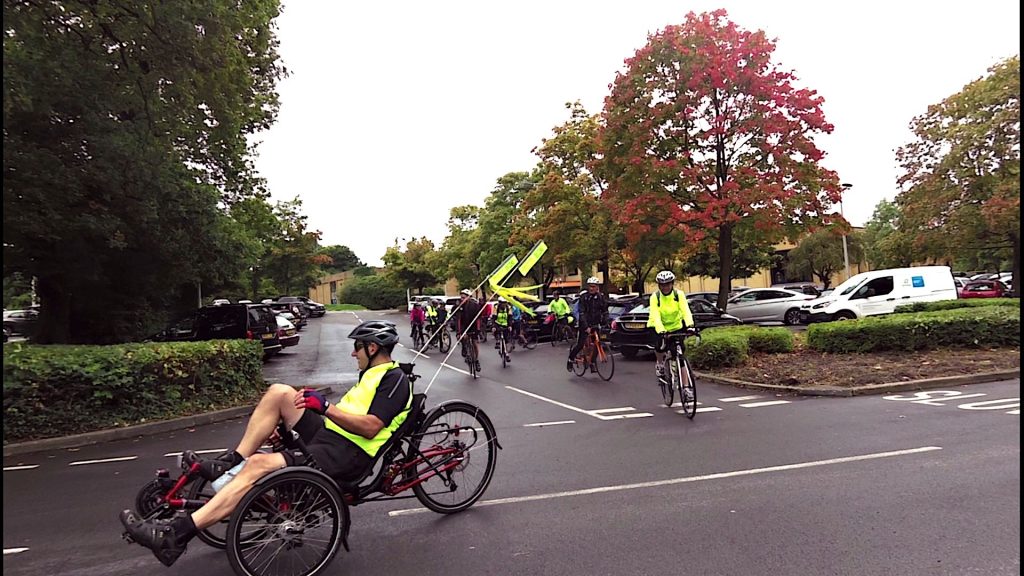 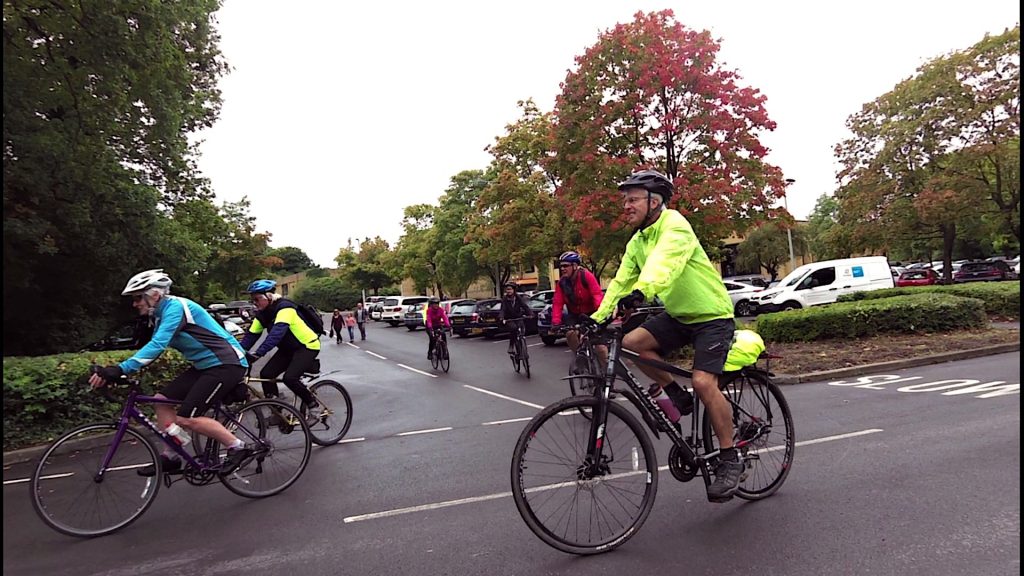 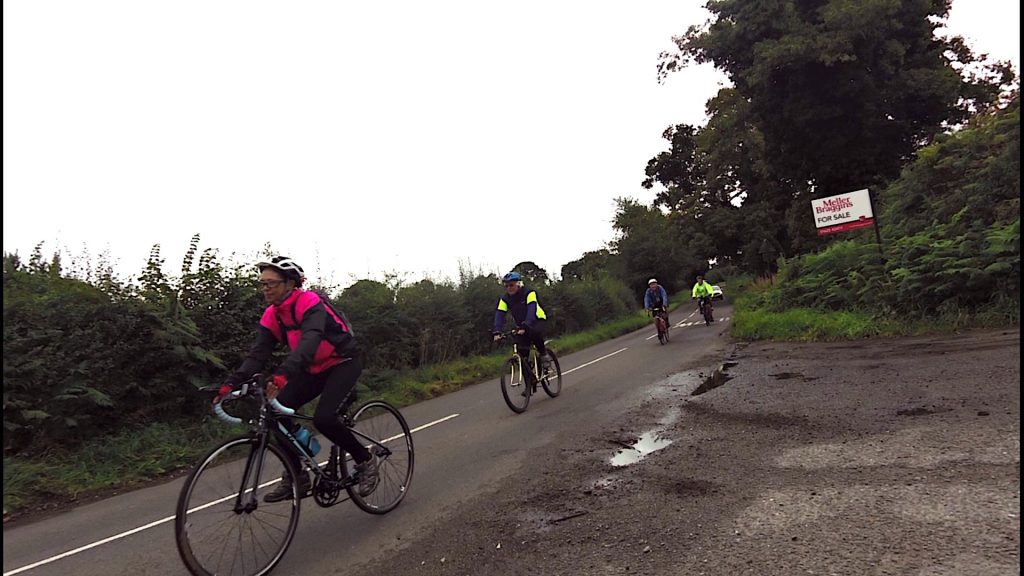 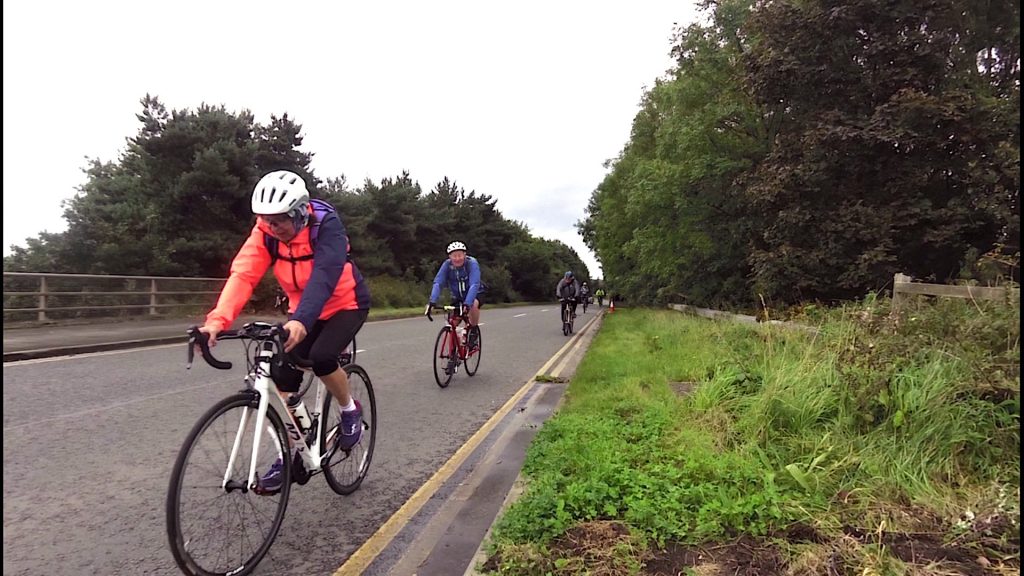 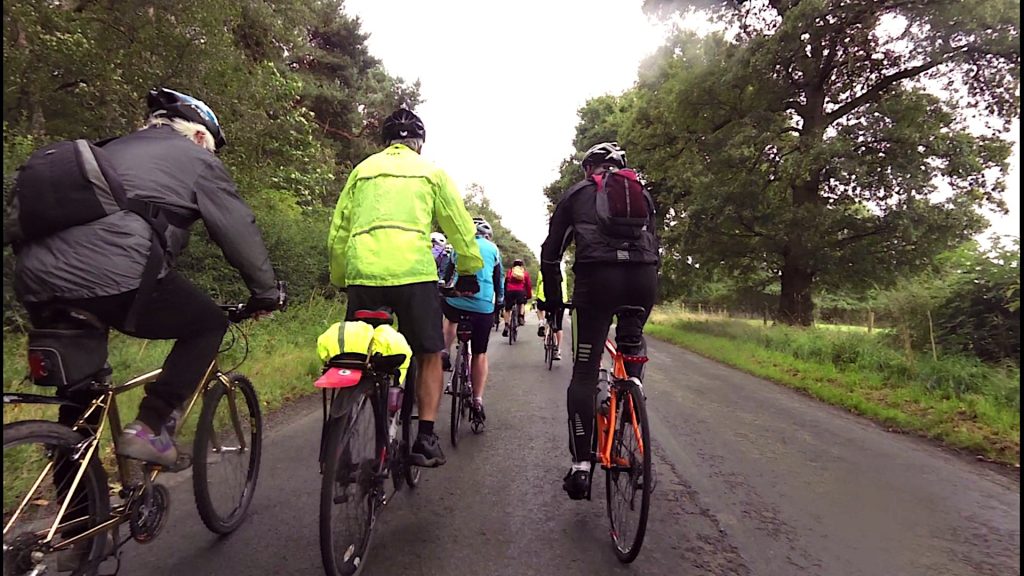 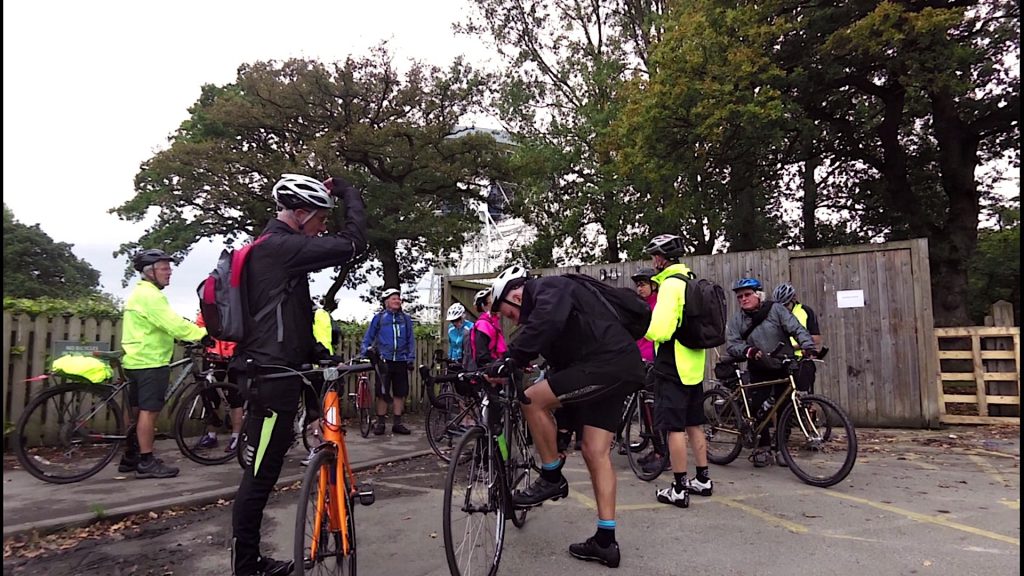 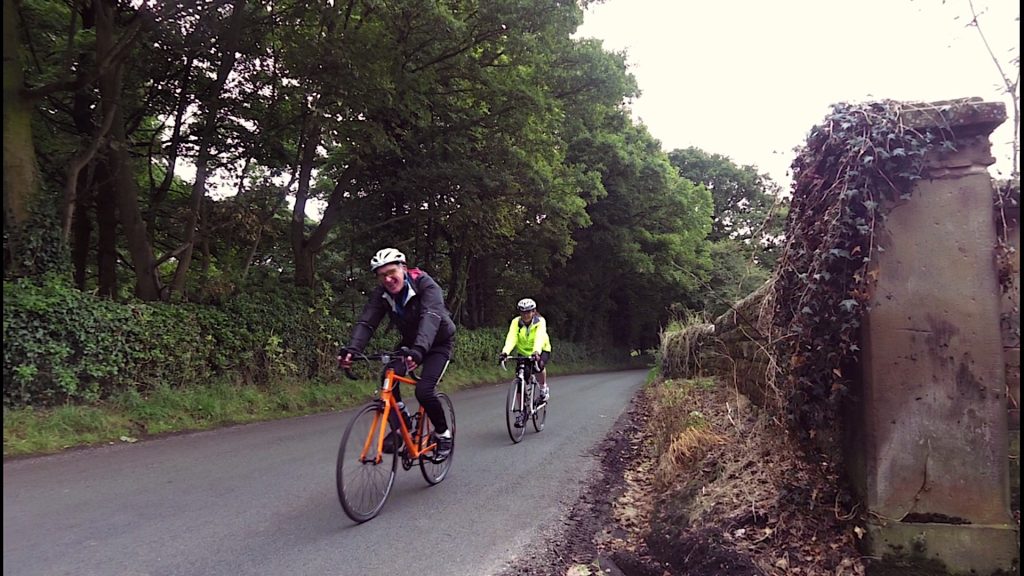