A more than adequate replacement for the postponed Sale Water Park outing, seventeen of us made the most of the break in the weather although we did catch a few spots of rain on the way back. Just shy of 28 miles covered over some rather undulating terrain, with the outward leg being rather more arduous, got told the hills on the homeward stretch were insidious (had to look that one up, should have paid more attention the times I actually went to school) definition being gradual but still harmful, you learn something new everyday, all I know is that nobody got off and walked, or came to any harm! Great coffee stop once again at Fettlers Wharf along with some much needed liquid refreshment back at Wigan Central. Becoming quite a feature of our Wigan based rides is the Central.

Thanks for coming along everyone, hope you enjoyed the route! (and the hills) Thanks also to Alan for looking after our guest rider, much appreciated Alan. 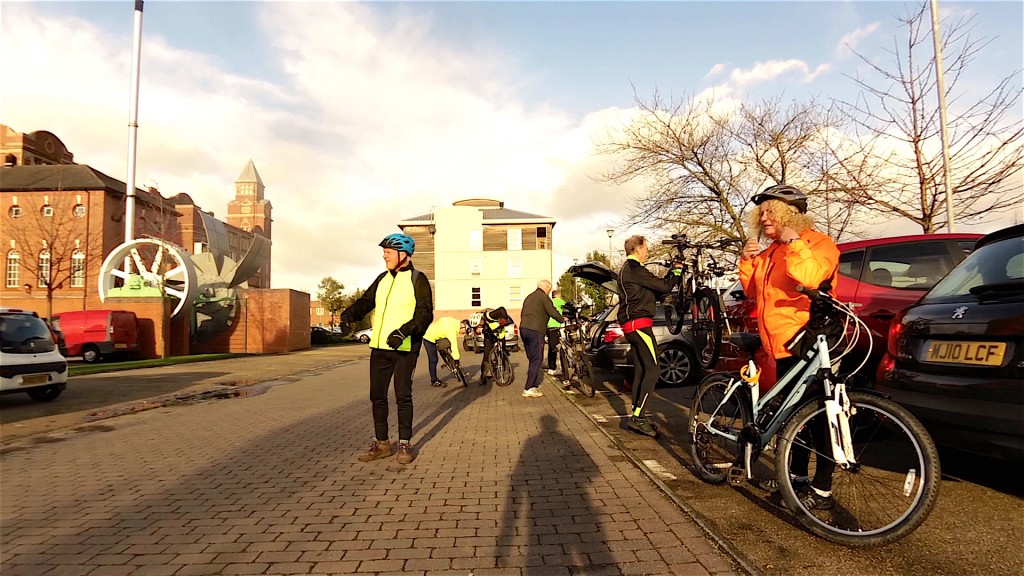 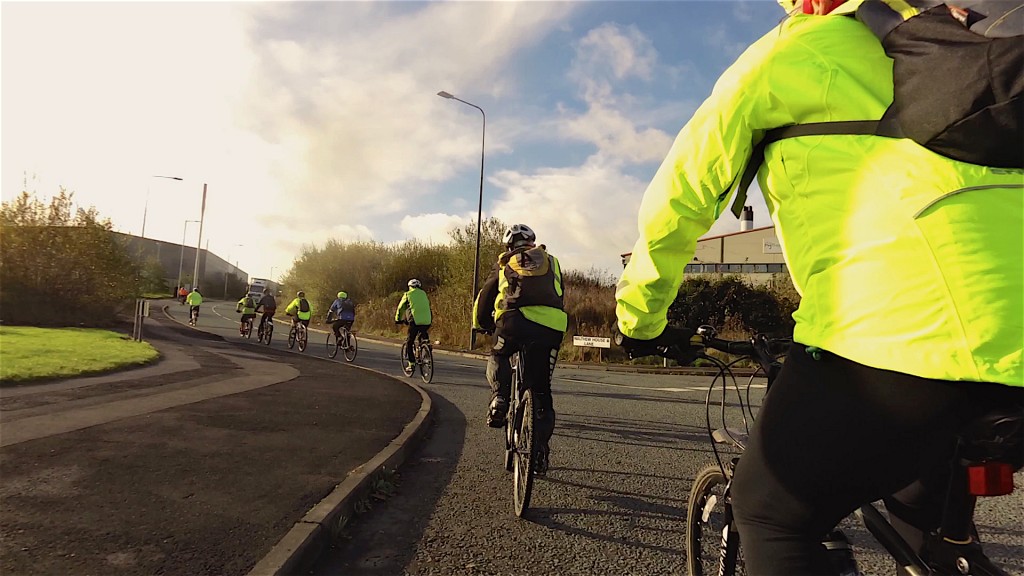 Snaking our way through Martland 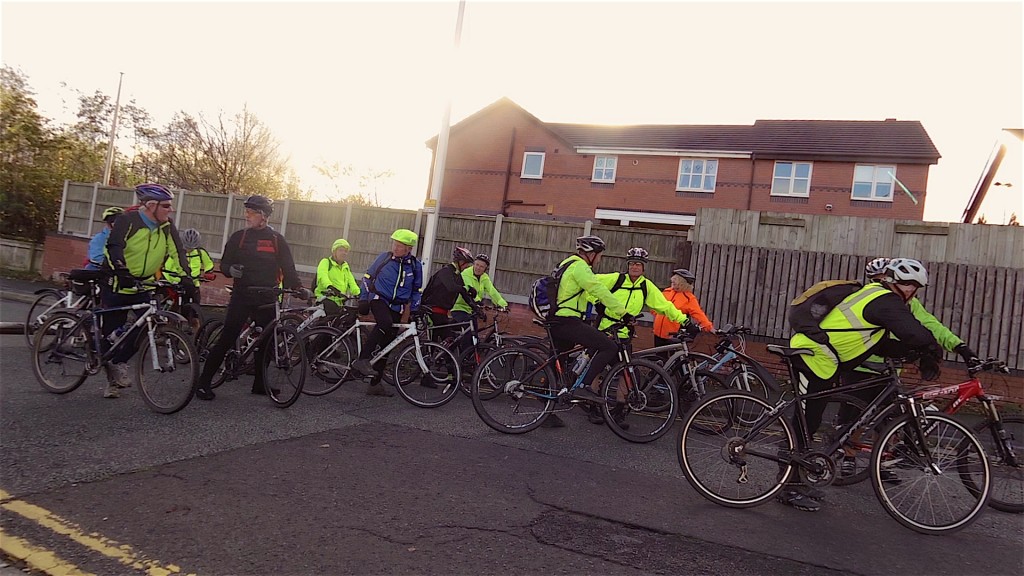 Think they like nattering as much as cycling (if not more) 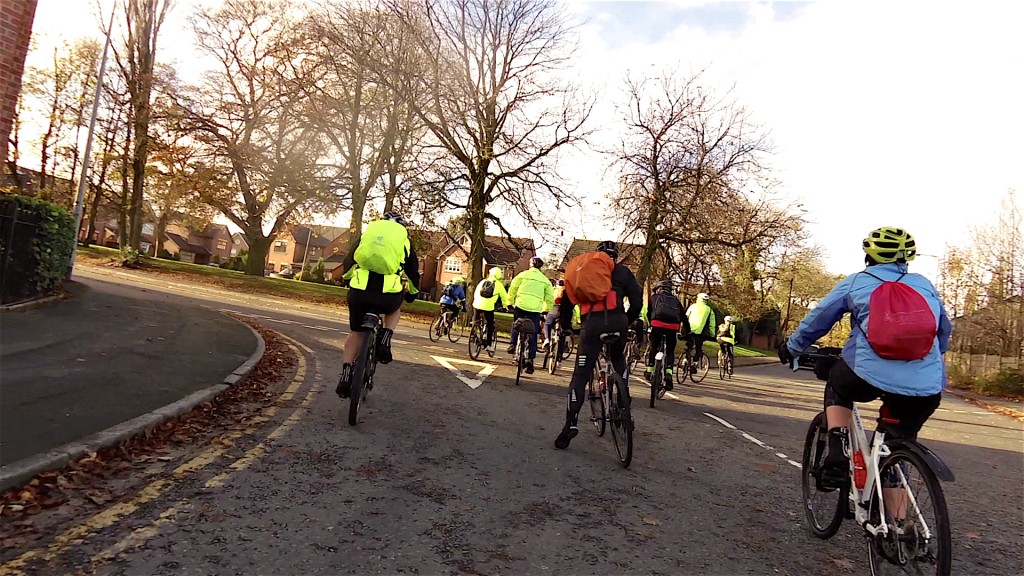 Single file at the junctions, as you can plainly see! 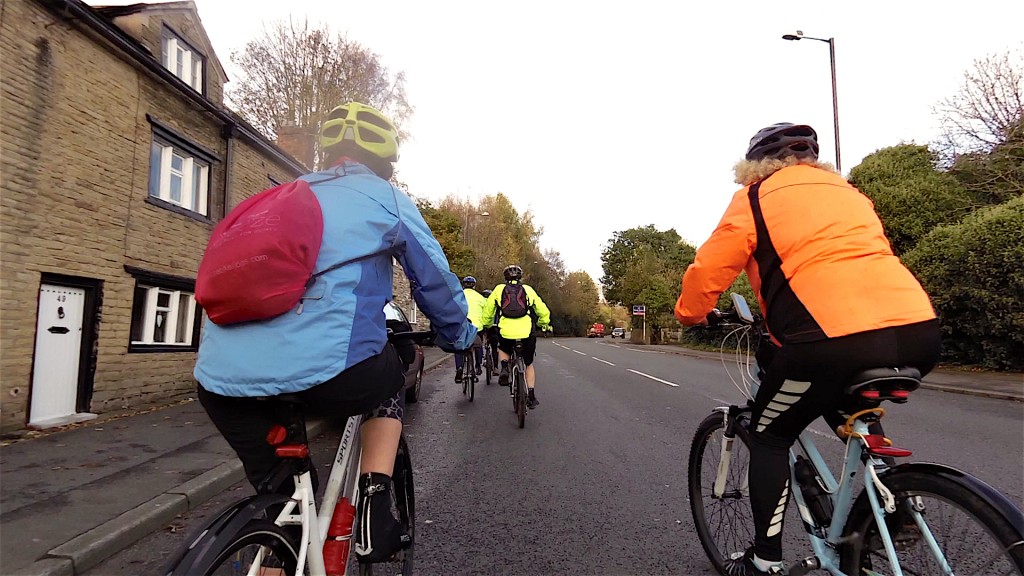 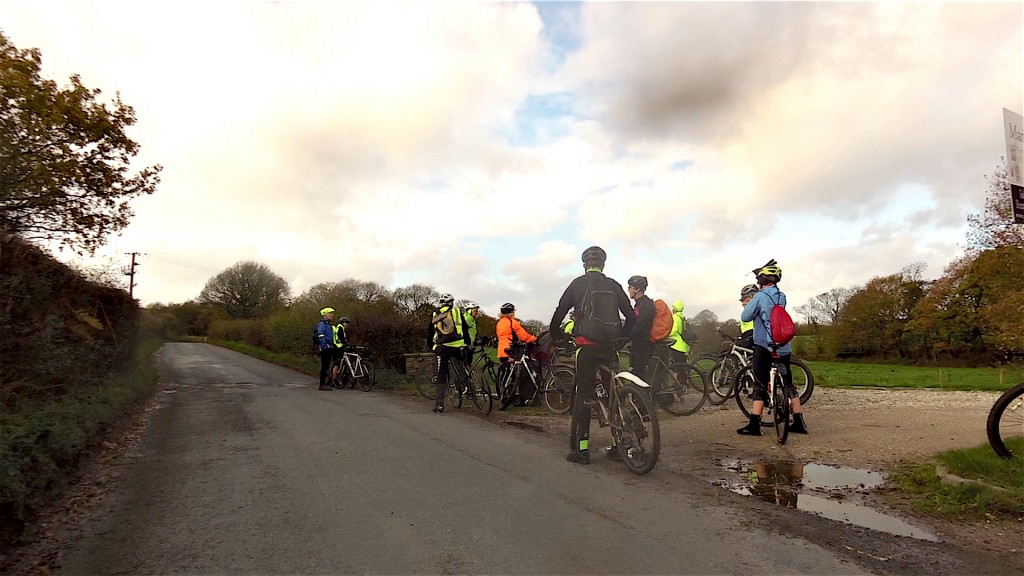 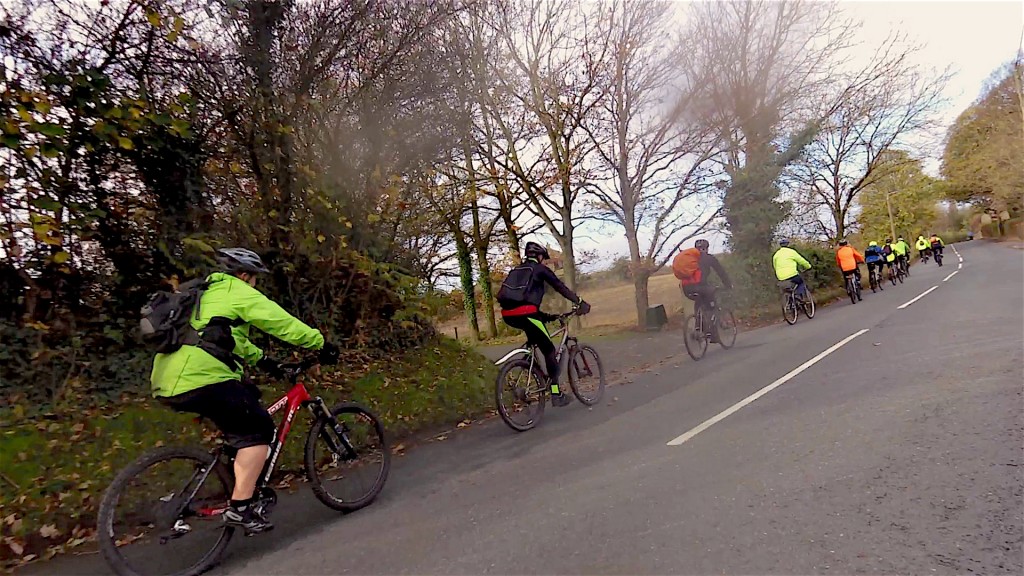 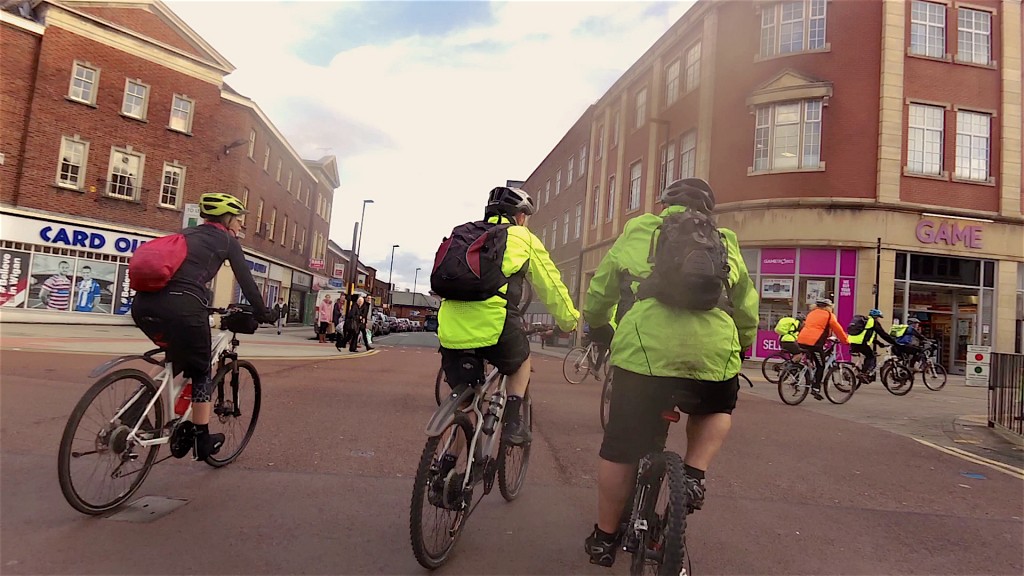 WBCCC descend back into Wigan! (little treat for you that Christine) 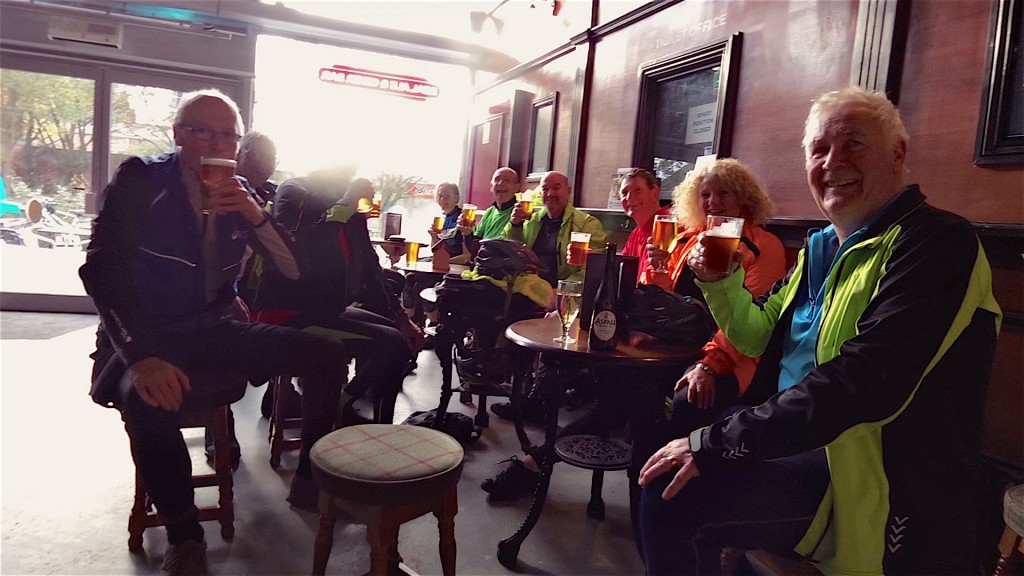 Cheers everyone, can’t quite see Alan for his Halo