Great route and some stunning scenery.

Beautiful morning for this excursion round the Trough! Last time out it was the Windswept Dozen, this time it was the Half-Baked Half-Dozen. Mentally half-baked for opting to do all that climbing in the first place and physically half-baked by the end of the ride in all that glorious sunshine.

Setting off from Garstang and circling the Trough in a clockwise  direction we were soon in beautiful countryside, some quite narrow roads but the traffic was quite light and I don’t recall any close passes or irate drivers the whole ride. Scorton was first up as we made our way towards Street to join Trough Road, few gentle climbs and a couple of ramps together with a story from Frank about Harry Evans a prominent Wigan cyclist form days gone by who’s ashes were scattered on the Trough by quite a gathering of his fellow cyclists who made the journey  up from Wigan on their cycles / tricycles to do so. “Love listening to Franks tales” Couple of photo stops, (could well have been hundreds) and we were on the climb to the summit 12 miles into the ride at around 1000ft. Well earned breather discussing of all things boundary changes and it was time for the wonderful descent down to Dunsop Bridge and our lunch stop at Puddle-ducks!

Al fresco dining of course and the usual chit chat was interrupted by the arrival of a rather eccentric looking gentleman on a tricycle. Frank immediately struck up a conversation with him (was waiting to meet a tandem group apparently), before long every component of the trike was being assessed and pros and cons discussed, fully expected the tool kit appearing to investigate things even further. Needless to say Frank was in his element!

Lunch over and trike back in one piece it was on the saddles again with the info that there was just one more climb of about a mile to negotiate. Passing through more glorious scenery with the usual twists, turns, humps and bumps we finally made it to the top (or did we?). Frank relayed a message from Allan to say that it was the last of the climbs, (appears we did), only to round the next corner to be faced with another climb, followed by several more. Allan eventually clarified the situation by stating the climb he referred to was the last categorised climb, subsequent ones were uncategorised. That made then so much easier! (only joking Allan, loved them all). Route continued through more stunning scenery and just when I personally thought it couldn’t get any better, he took us off-road. Closed road actually but closed it seems for a quite a while and resembled single track with the verges encroaching, quite a steep descent followed by, you guessed it, another uncategorised climb. Short stretch on the A6, (only busy road we’d touched) and it was just a couple of miles back to Garstang. Sting in the tail was the couple of miles was one of those uncategorised things once again!

Absolutely stunning ride, probably the best road ride I’ve ever done, definitely one to do again! just over 35 miles, approx 2400ft of ascent and a sun tan thrown in for good measure. Many thanks to Allan for planning and leading. Looking forward to the next one already……….. 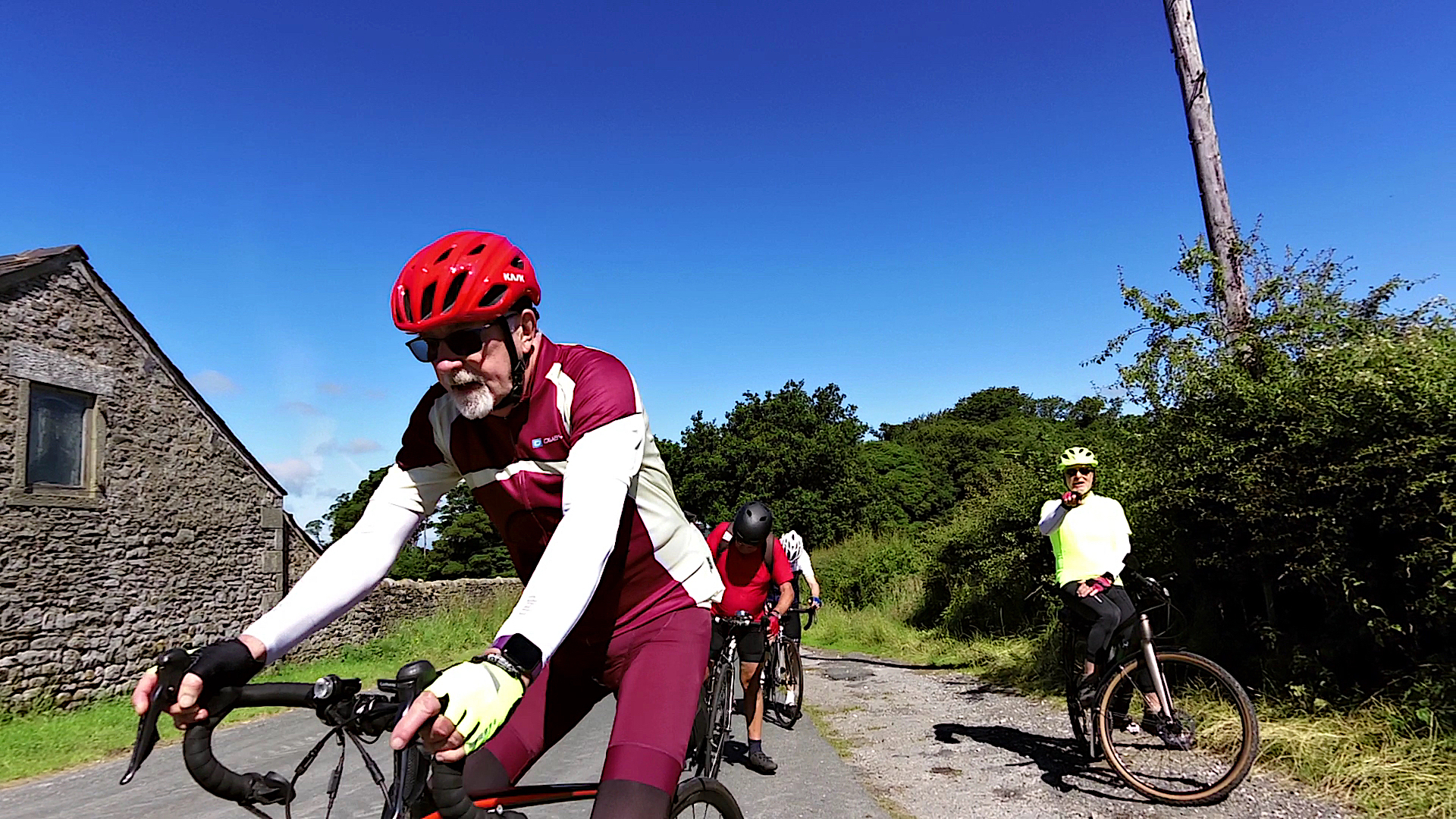 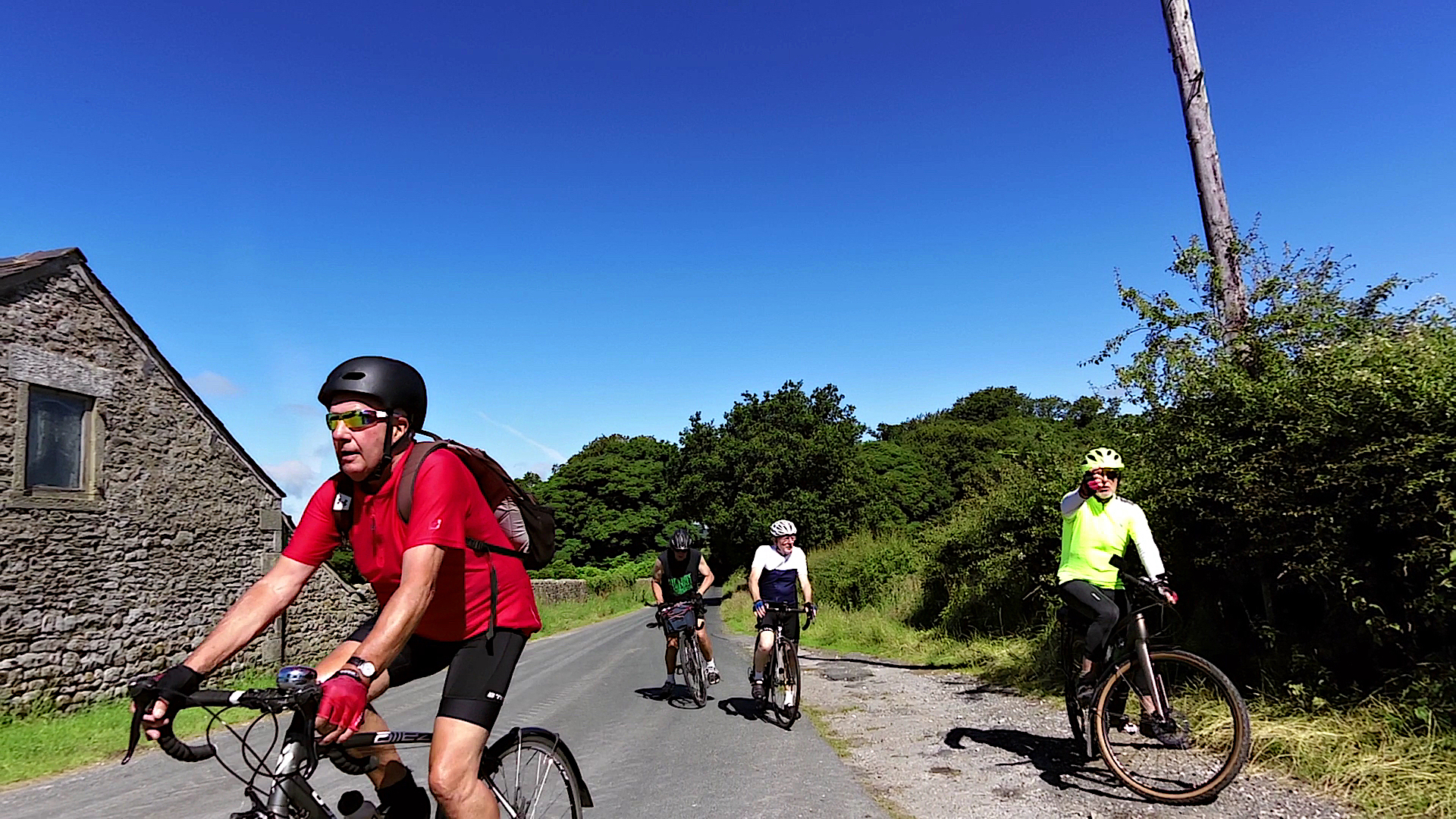 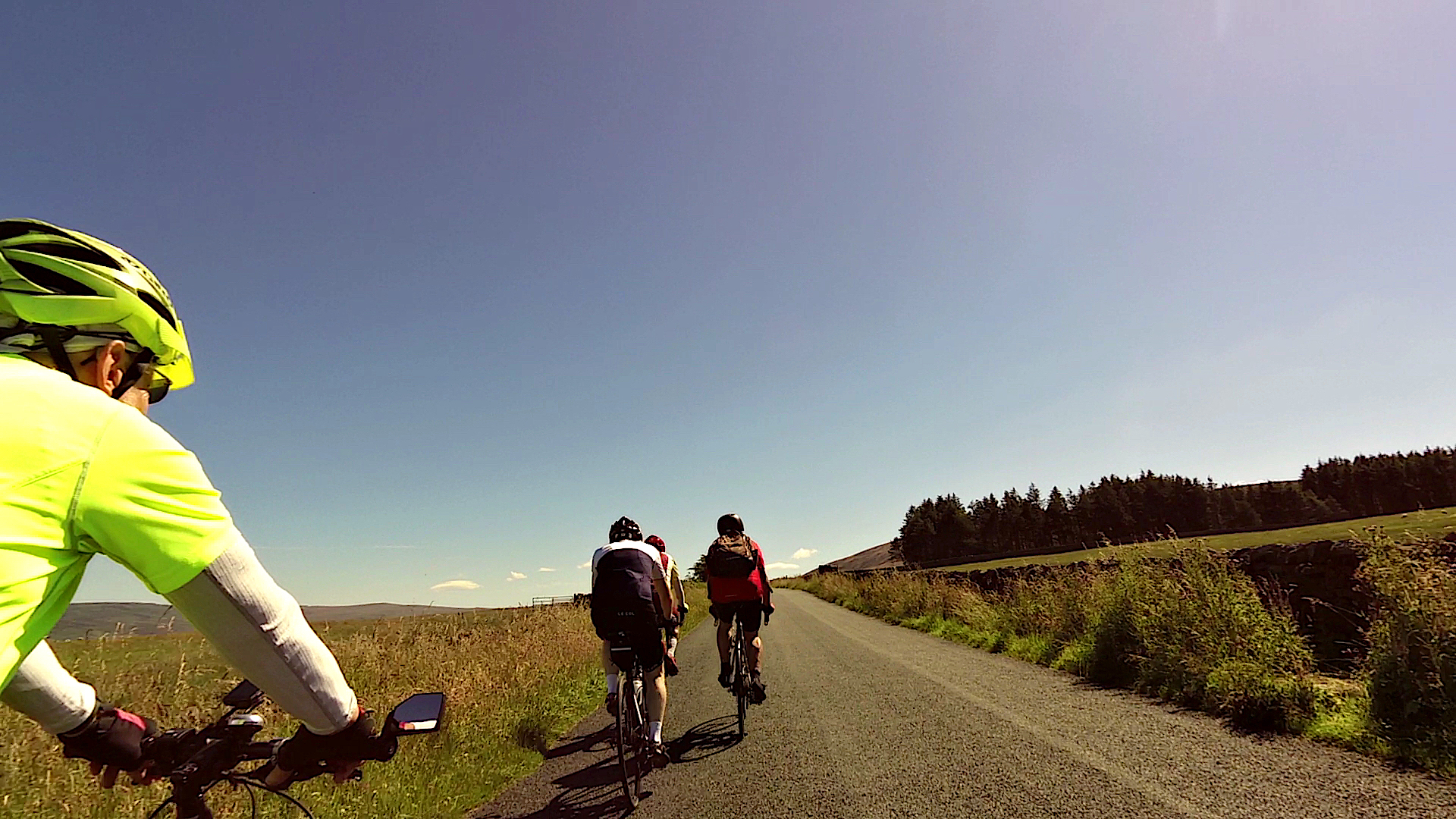 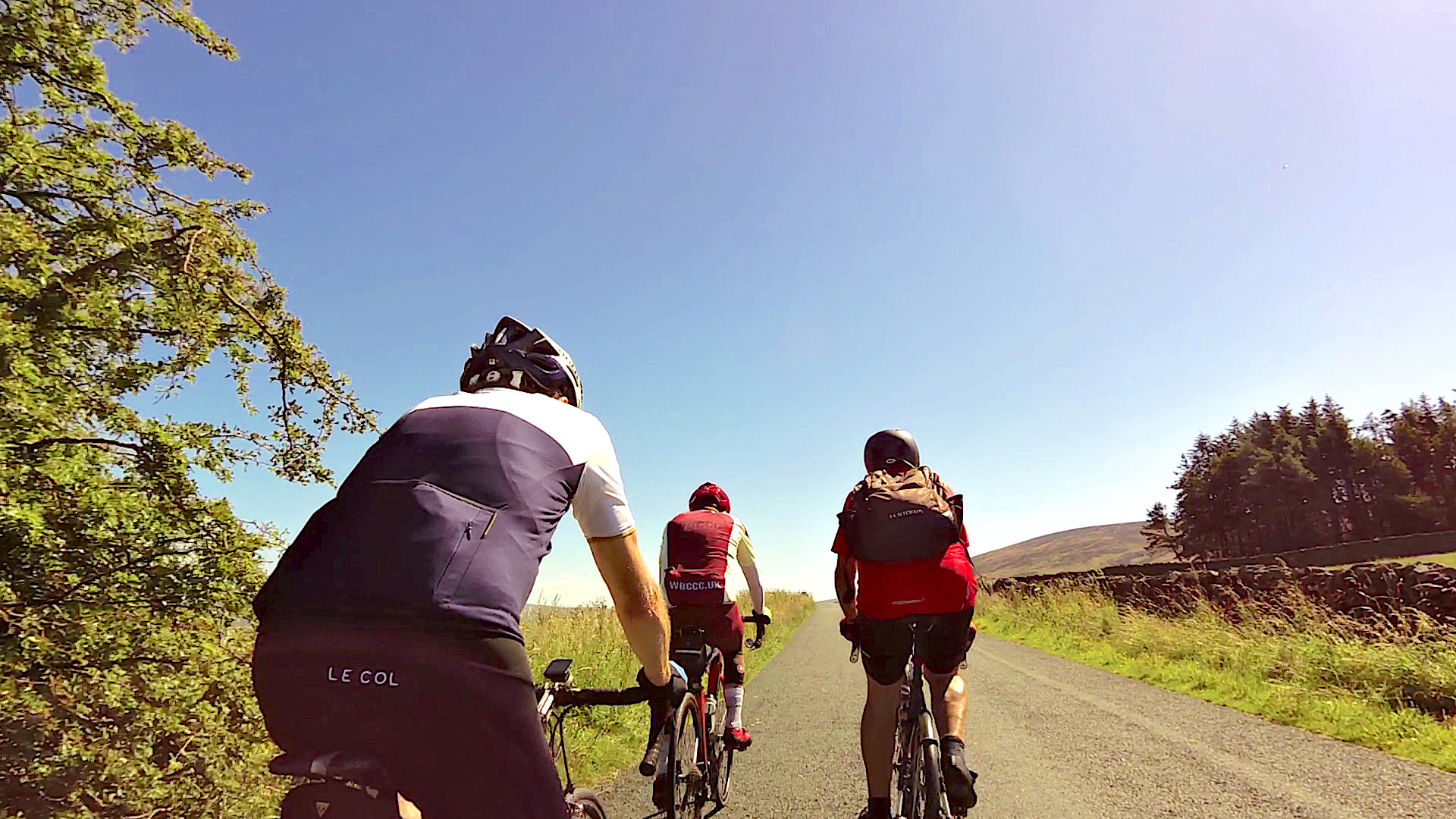 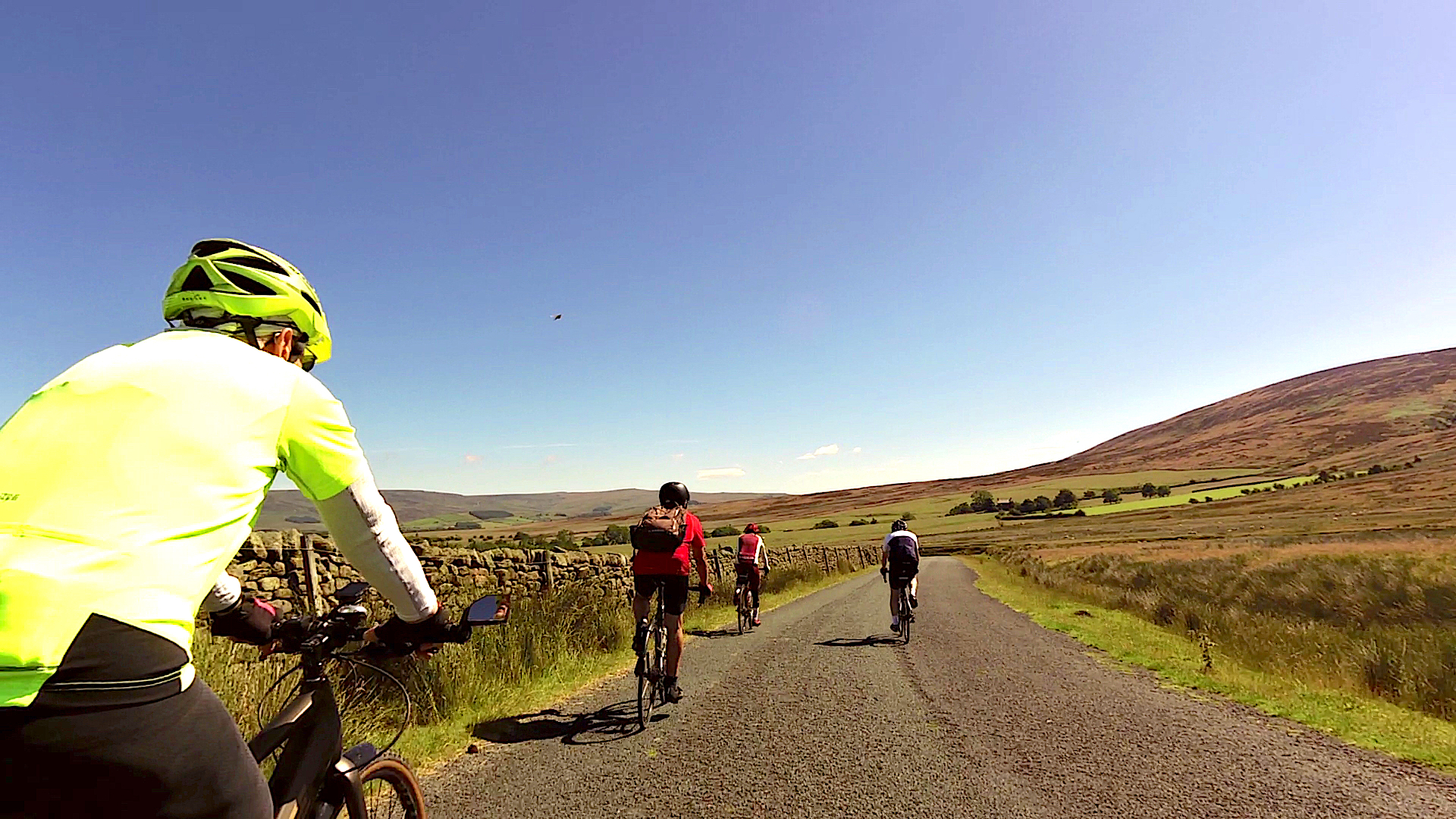 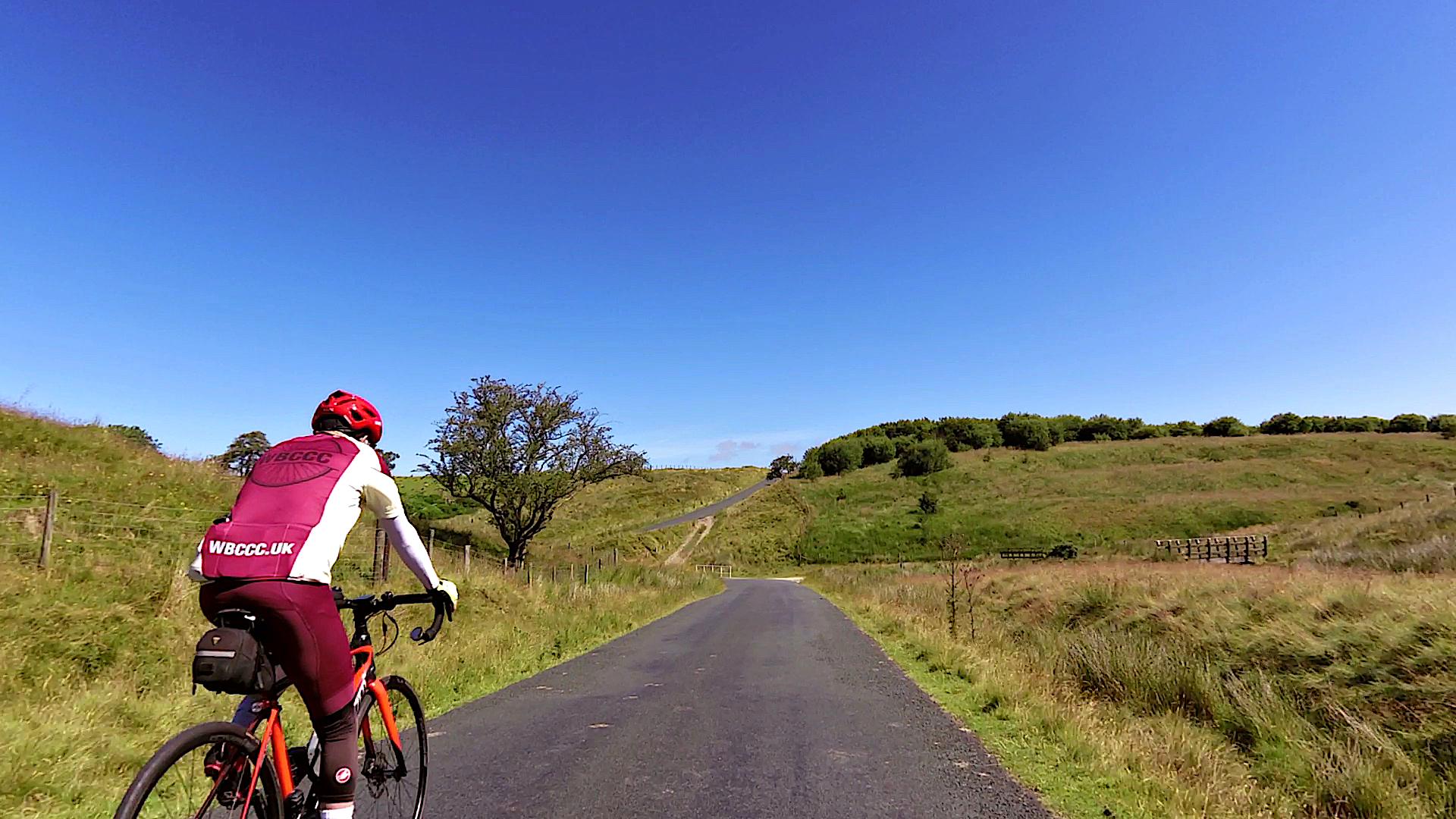 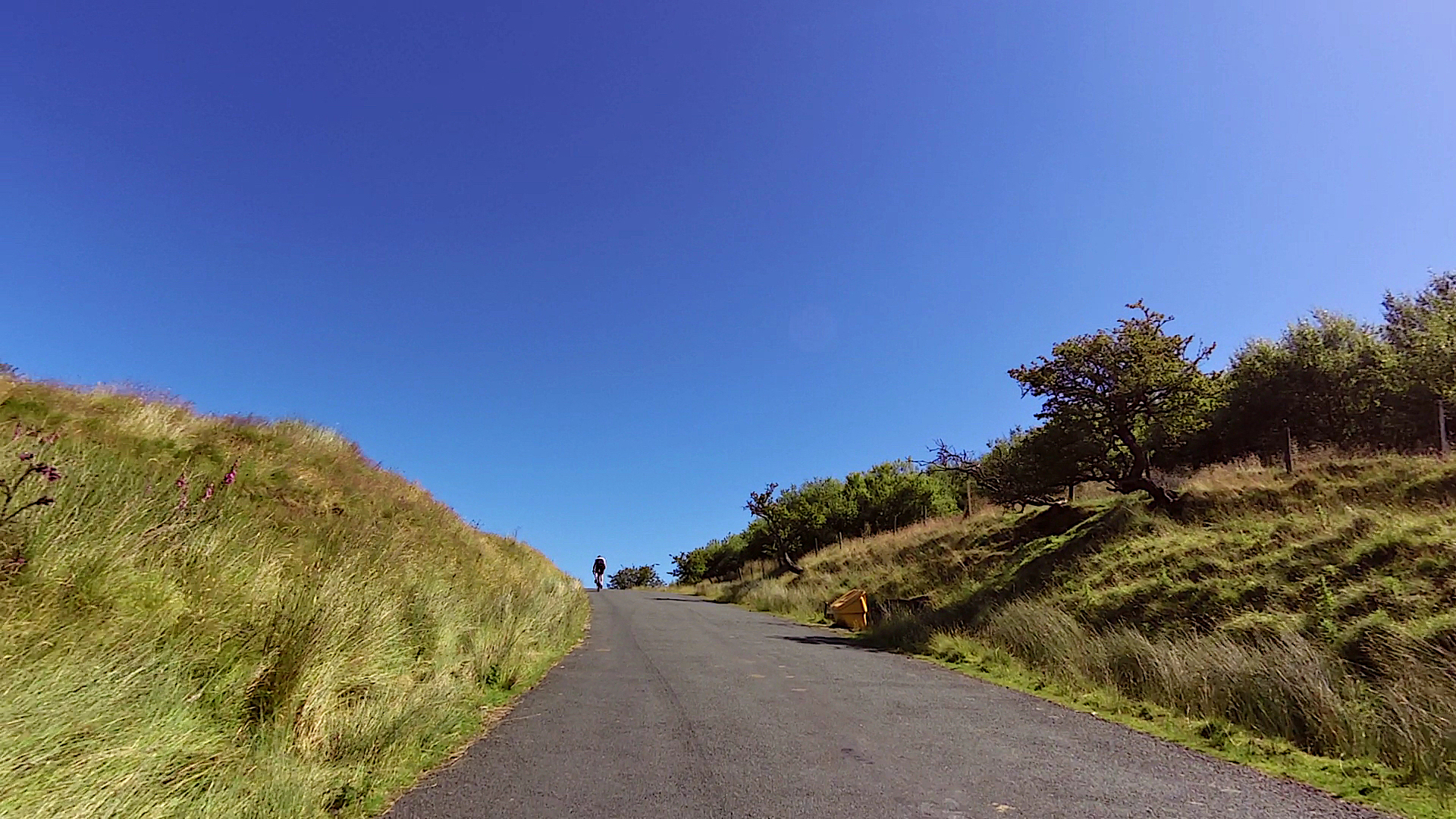 One of the steeper bits! 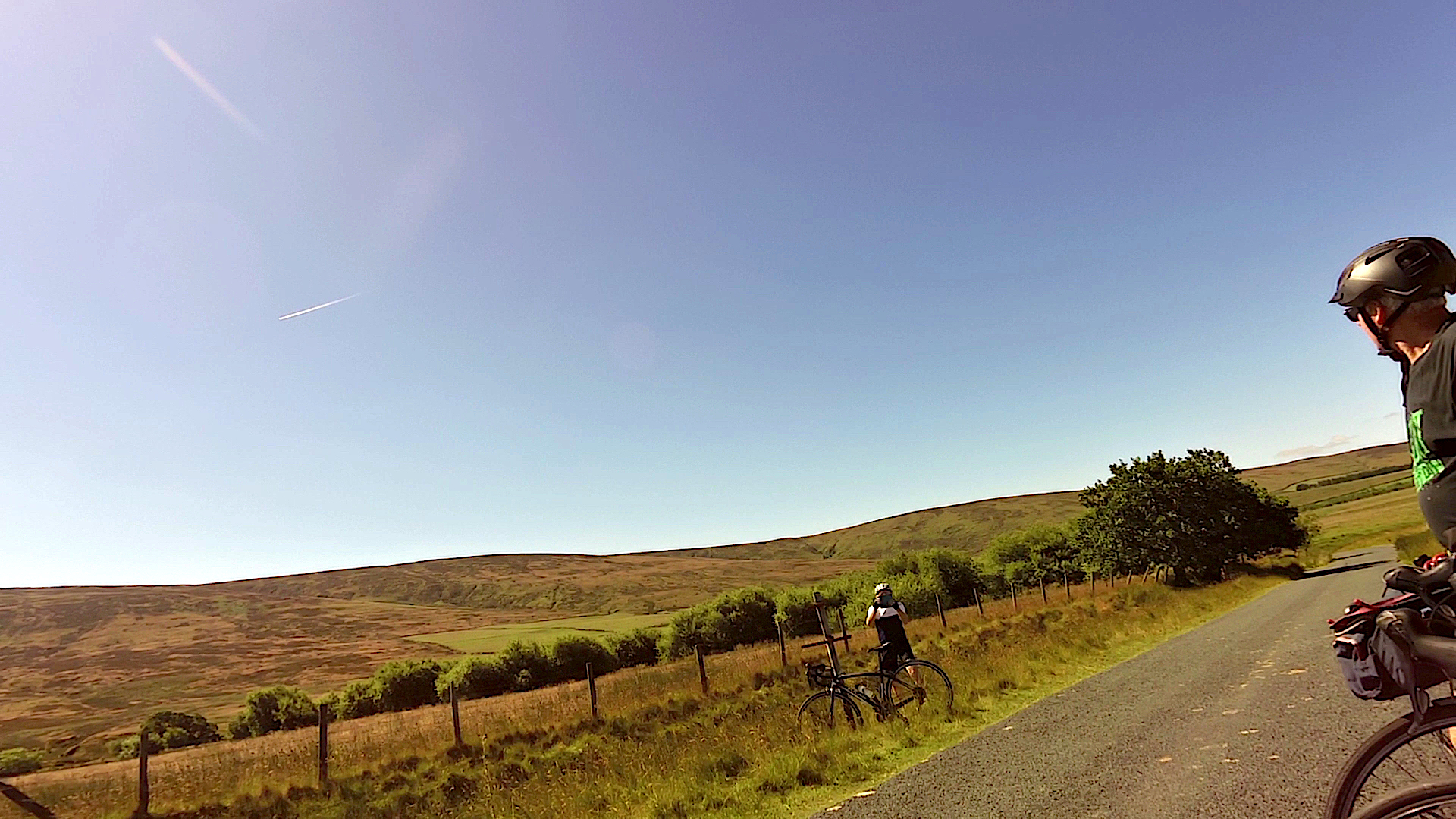 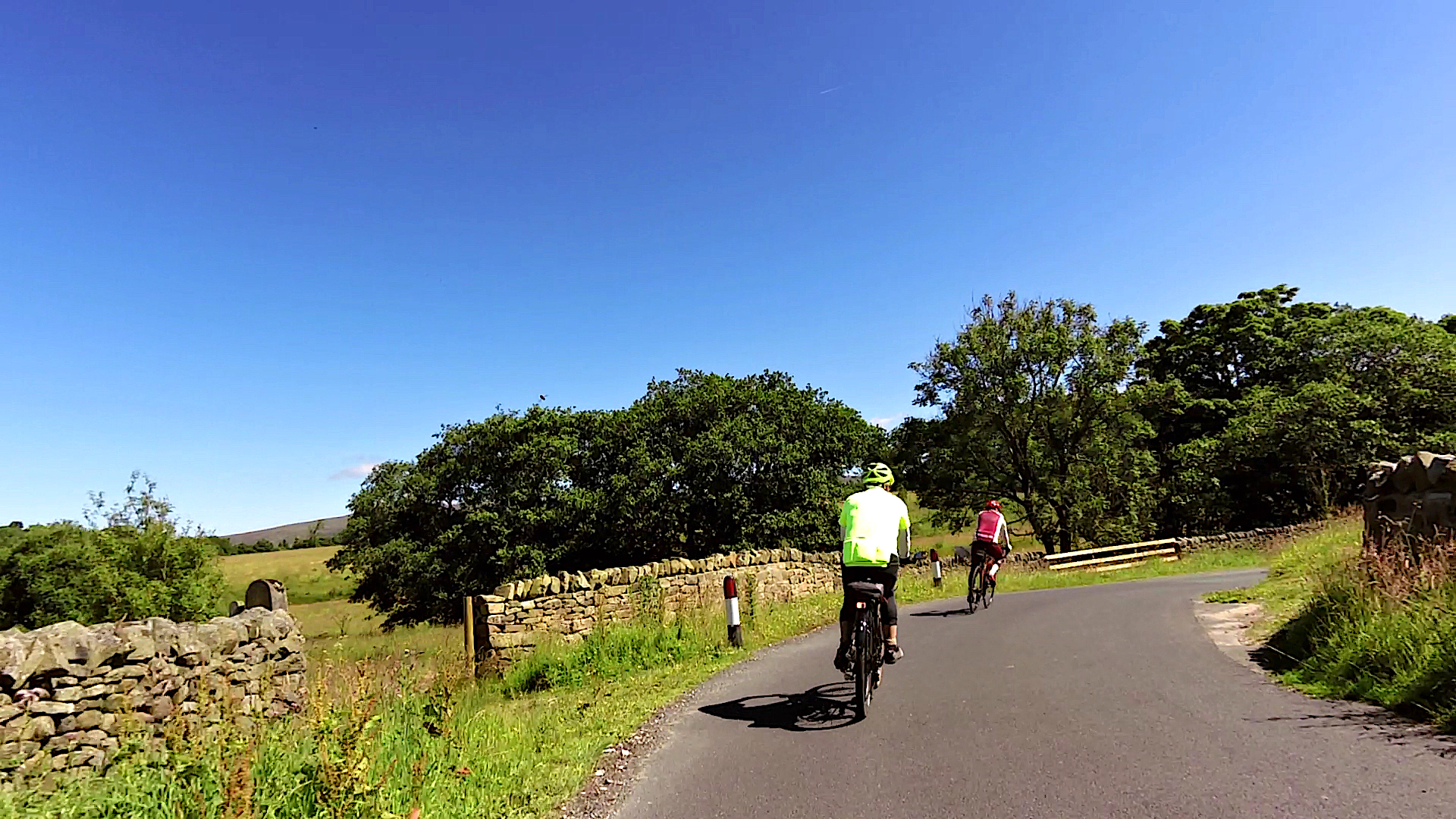 Photos don’t really do it justice! 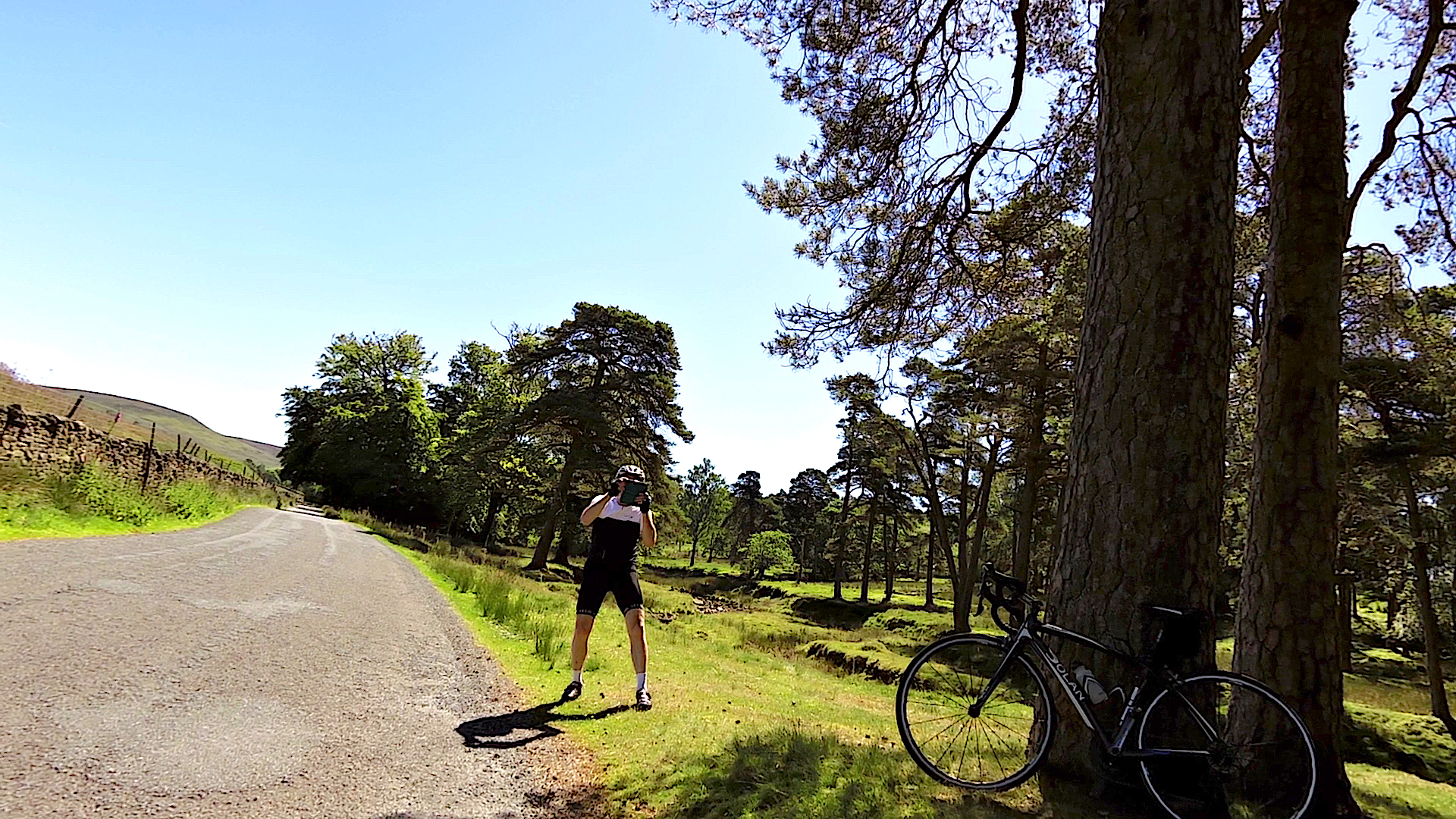 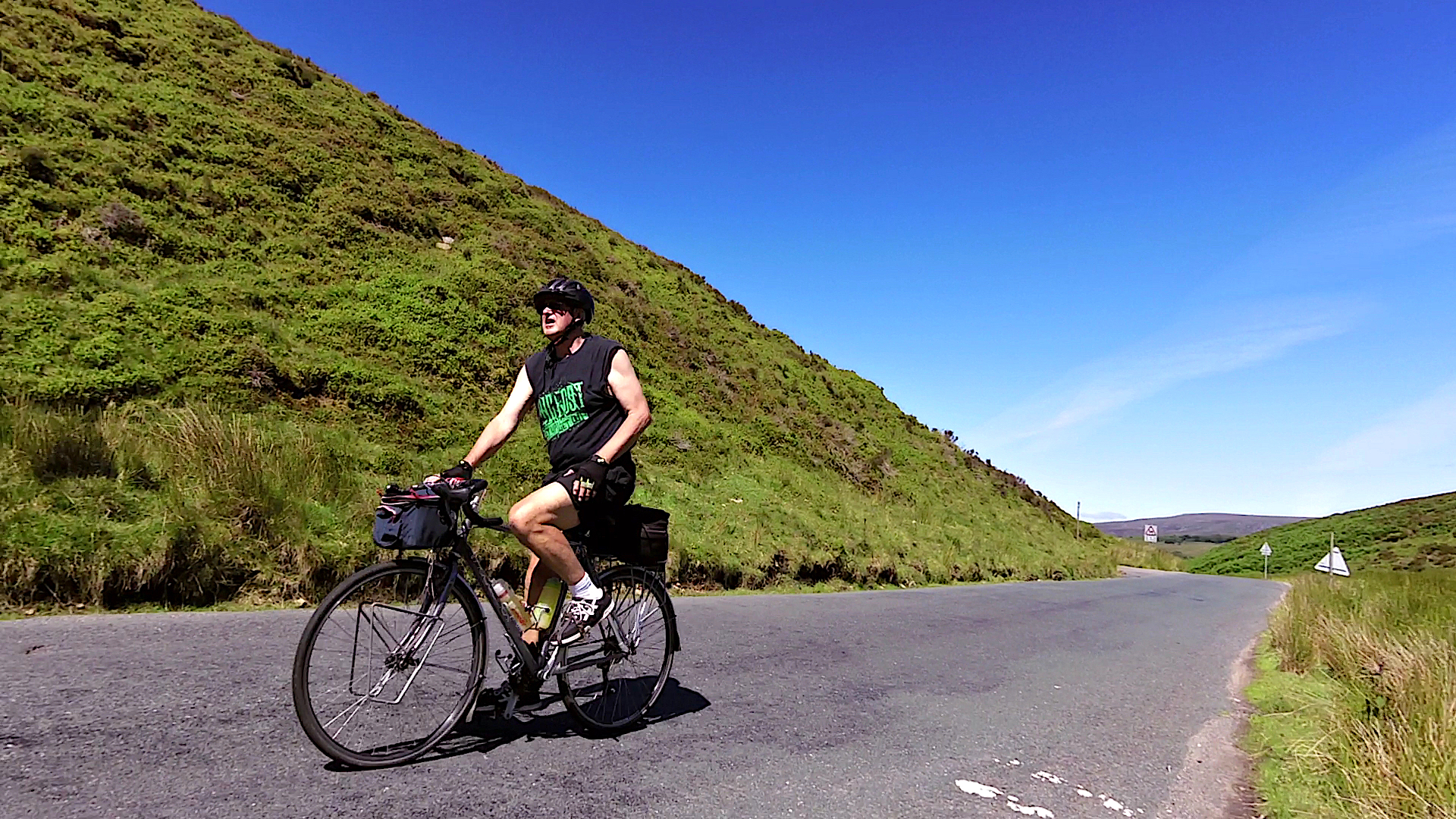 Top of the Trough! 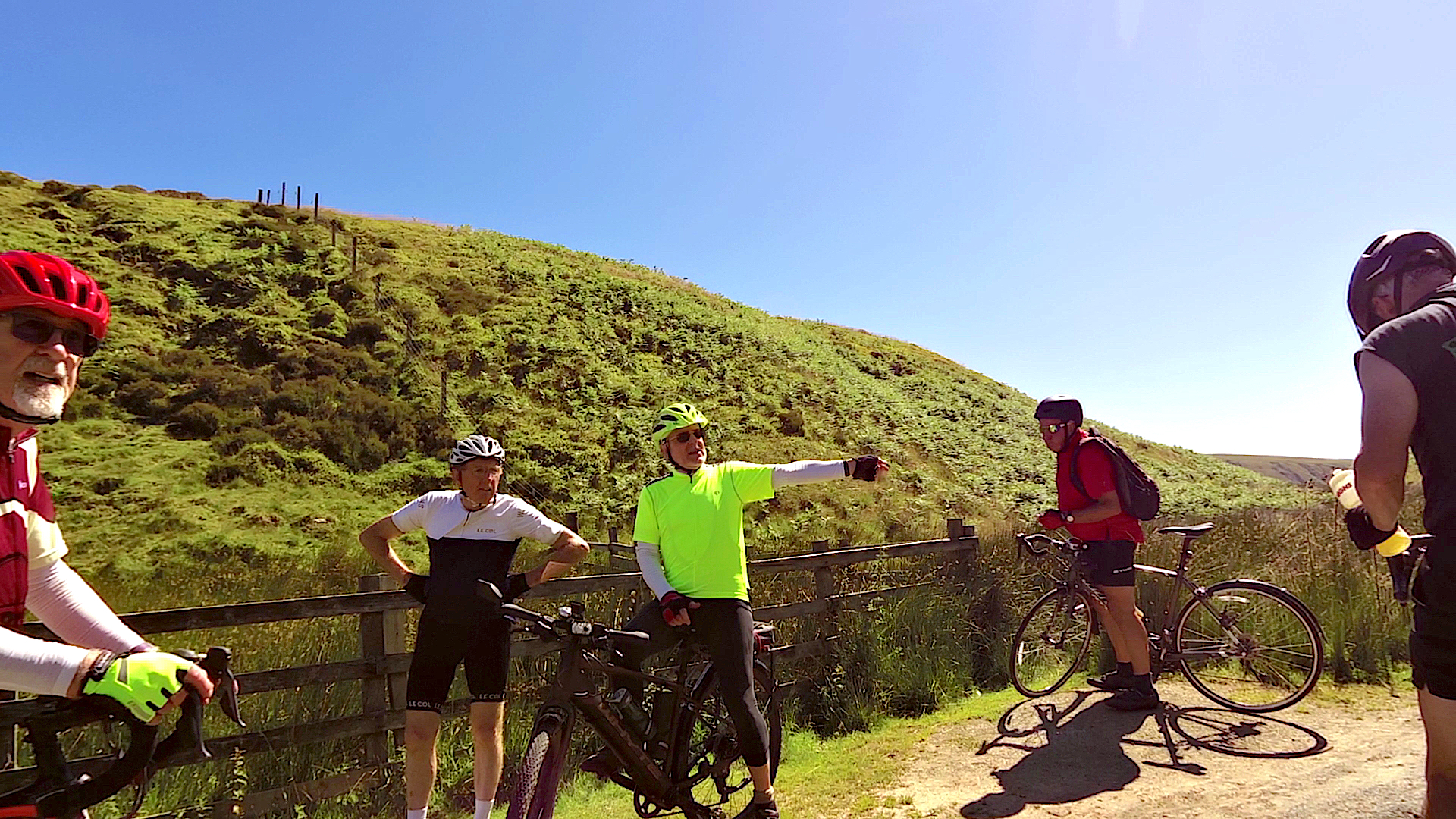 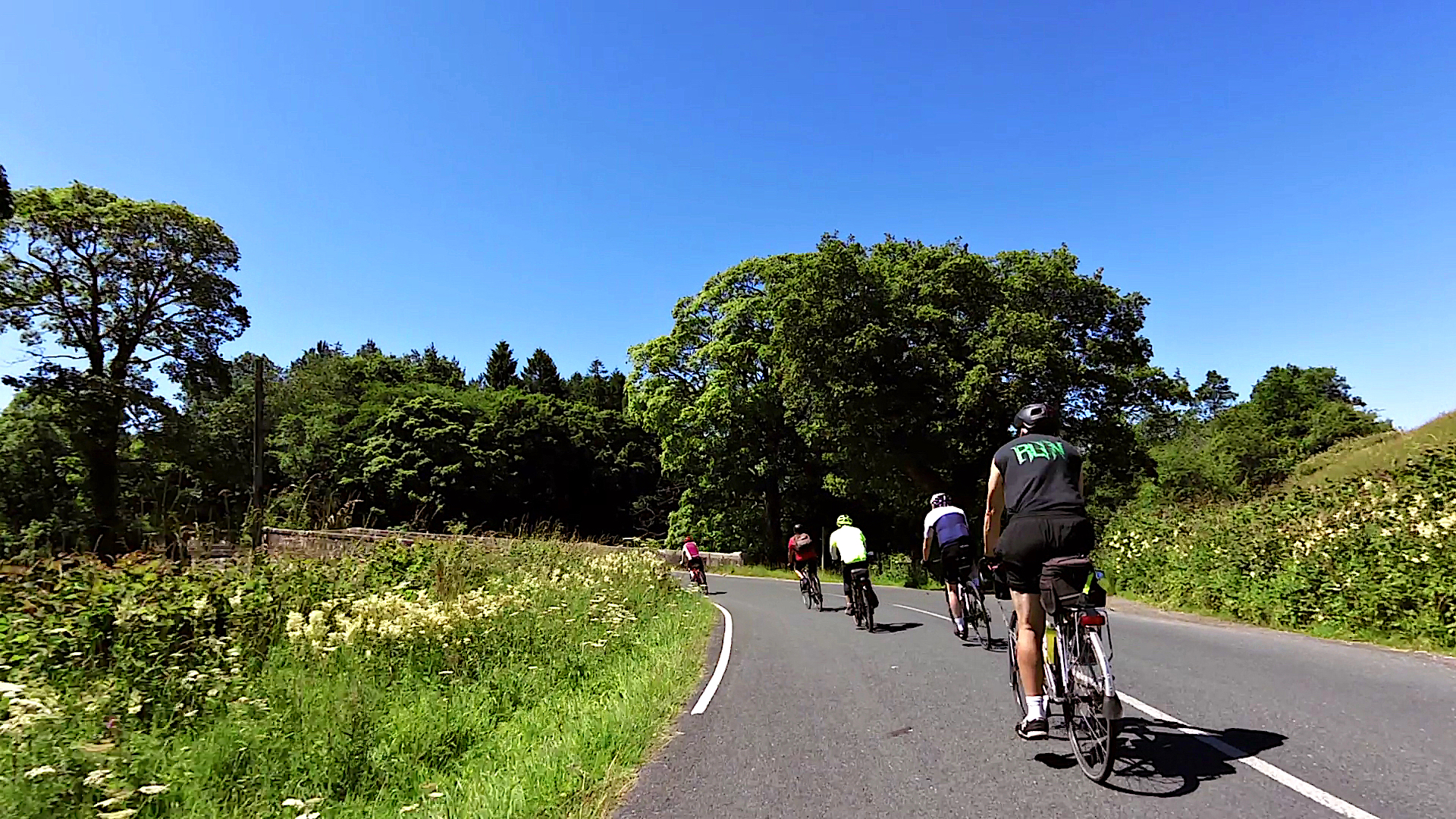 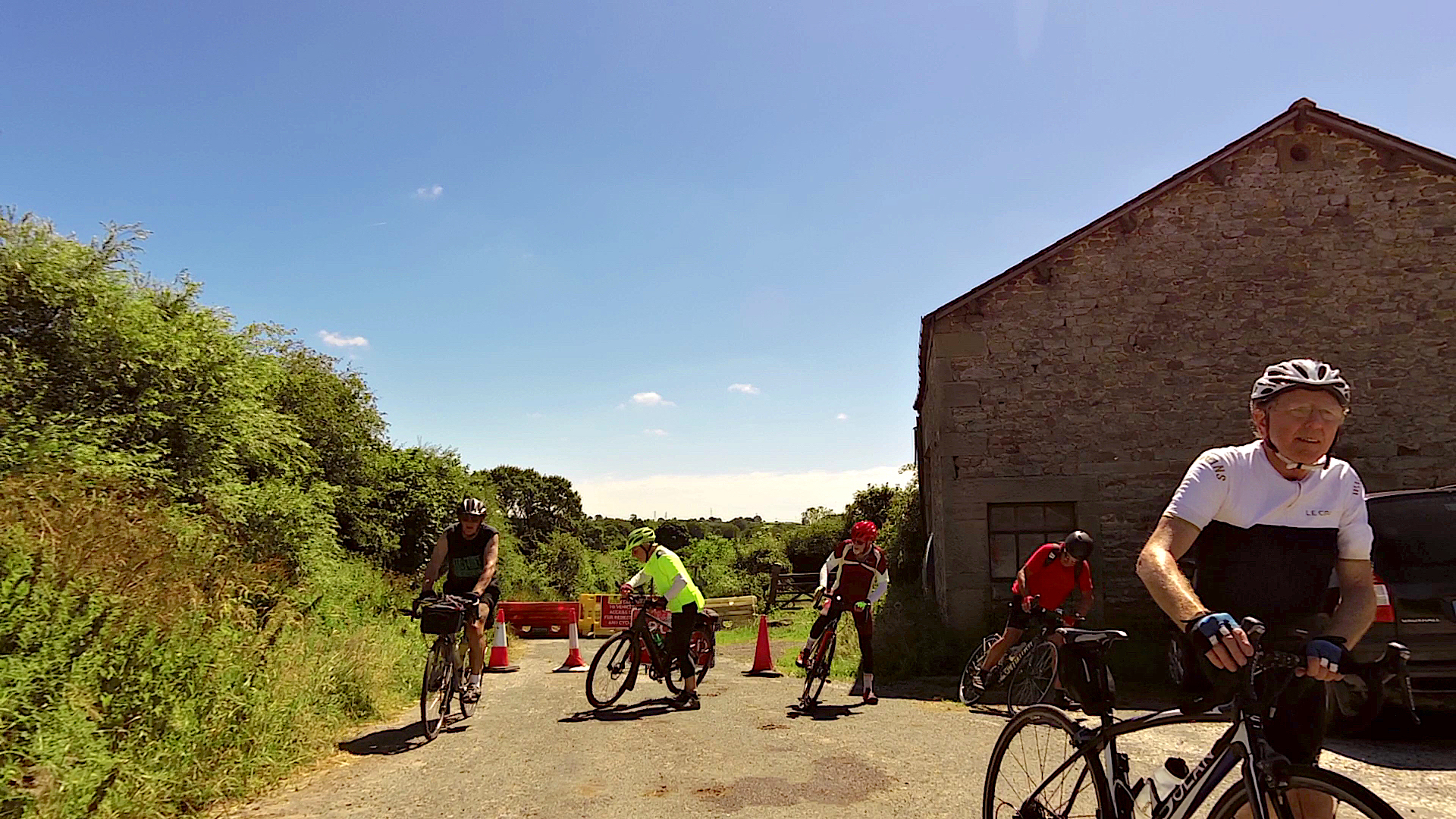 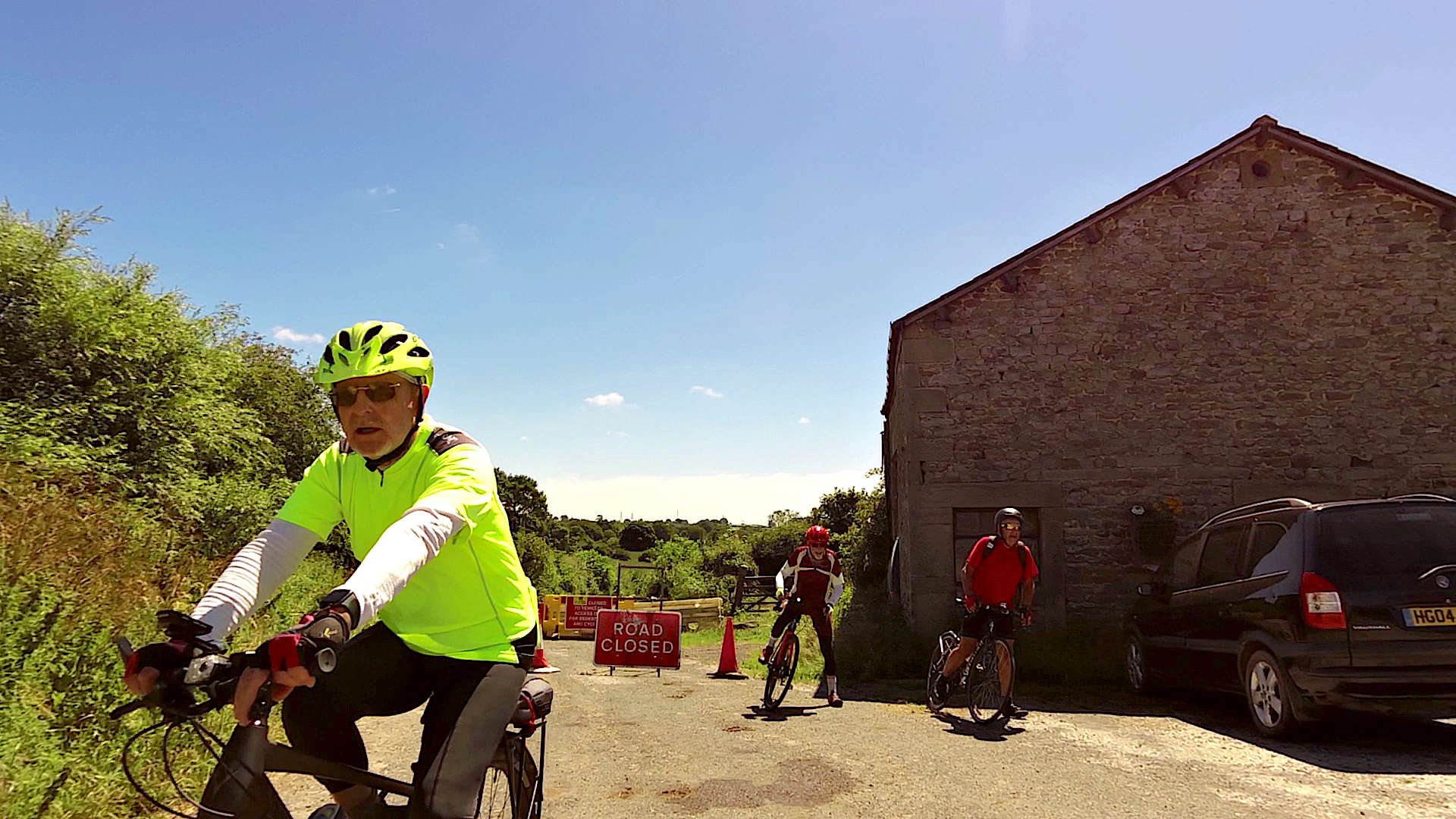 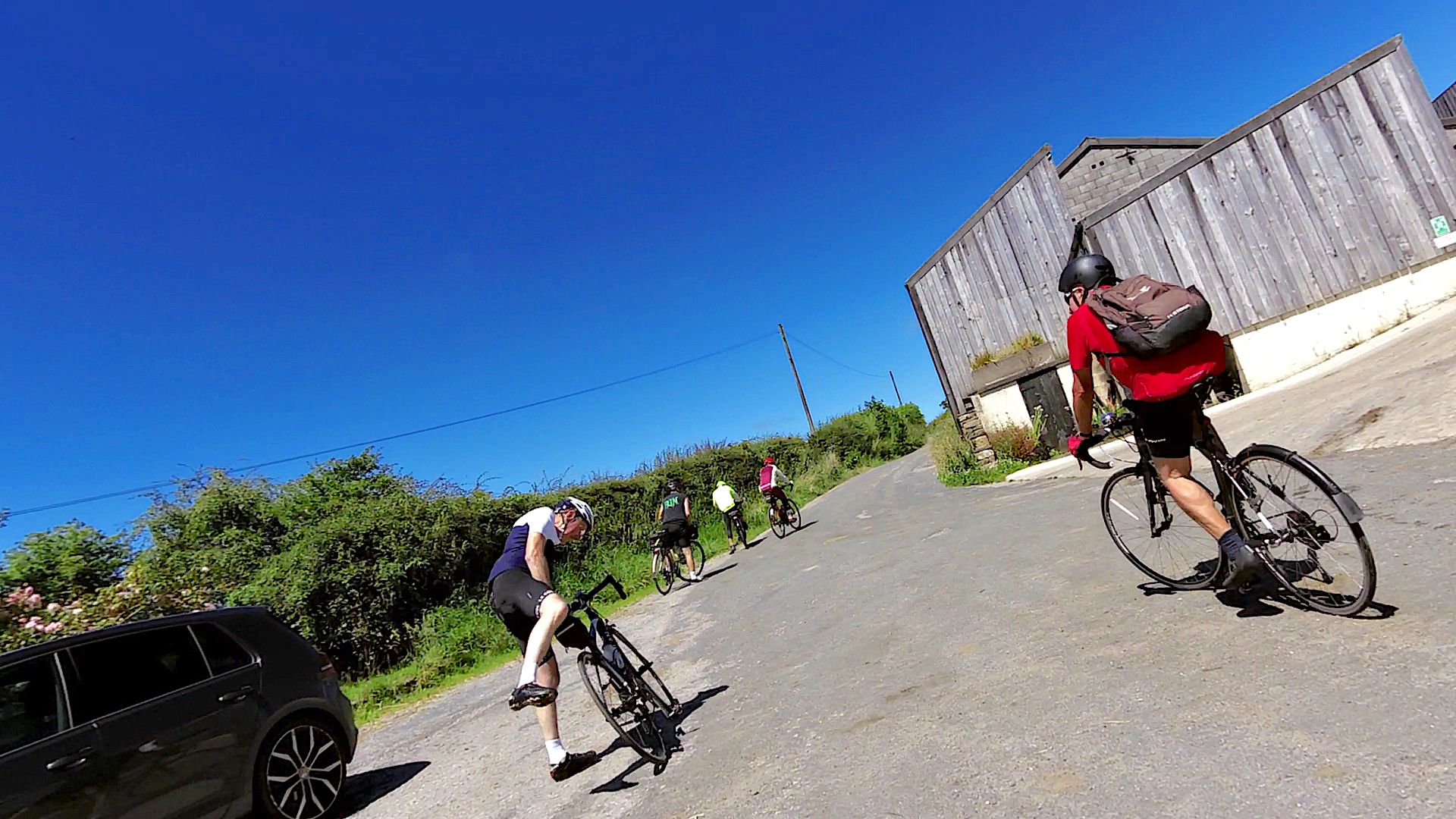 Go on Steve, you can do it!