Waddington and the Ribble Valley

Denis was our leader on this 29 miles ride around the Ribble Valley. He said that he had expected one man and his dog to turn up since he was leading but there was a healthy group of 17 in attendance much to his amazement. Maggie and Dave failed to turn up so the mystery couple have yet to appear.

Denis had reccied the route but still wasn’t certain of it all but was confident he could get round with the assistance of a few of us who had the route on our Garmin GPS computers. We set off in cool and slightly windy conditions making our way to Great Mitton along the Lancashire Cycleway passing through Hurst Green then dropping down into Ribchester.  Denis and a handful of quicker cyclists had opened up a lead on the main group by this stage and Denis missed a turning after crossing the bridge over the River Ribble outside Ribchester. Denis and his leading bunch were haring up the hill towards the A59 when he was contacted by Phil on the walkie talkie and rescued from a potentially long climb.

Once Denis and his gang had about turned and rejoined the rest of the group we continued through the stunning countryside of the Ribble Valley through Old Langho and Billington then on to Whalley. The group had become well spread out by the time we reached Whalley Abbey for our lunch stop with the lead group who were mainly on on road bikes well in front of a small rear group who had been joined by cameraman, Richie, on the outskirts of the town. The hilly terrain had proved more difficult for the ladies on mountain bikes who couldn’t keep up with the pace of the leading group.

The weather had improved and everyone enjoyed the lunch stop at the café in the grounds of the abbey. When lunch was over we set off on the 12 miles return journey which involved a climb out of Whalley then onwards to Pendleton and Worston. The rear group again became detached and dropped further behind as they were held up crossing the busy A59 at Worston so had to continue following Phil’s Garmin through to Downham to join the rest of the group who were sat enjoying the sunshine. After a short break we set off for Chatburn and the final leg into Waddington again splitting into two groups as the road bikers moved away from the rear group. We had no punctures and only one chain came off in the whole of the ride which was a welcome change.

Most of the group headed into the Waddington Arms to enjoy post ride refreshments with music and a barbecue taking place in the beer garden. Although the route had been undulating everyone found it relatively easy after the real test provided on the Lancaster to Ripon ride the previous week. Thanks to Denis for leading the ride, Thelma for providing Denis with assistance from her Garmin, Richie yet again for his camera duties, Tracy for providing photos and Jim H for backmarking. 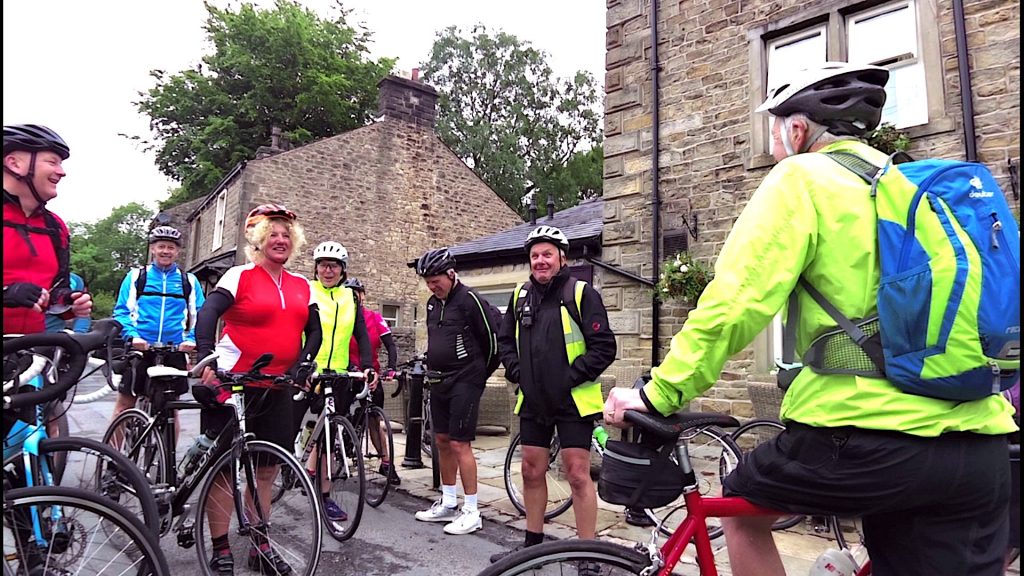 Don’t ask me, Im only leading! 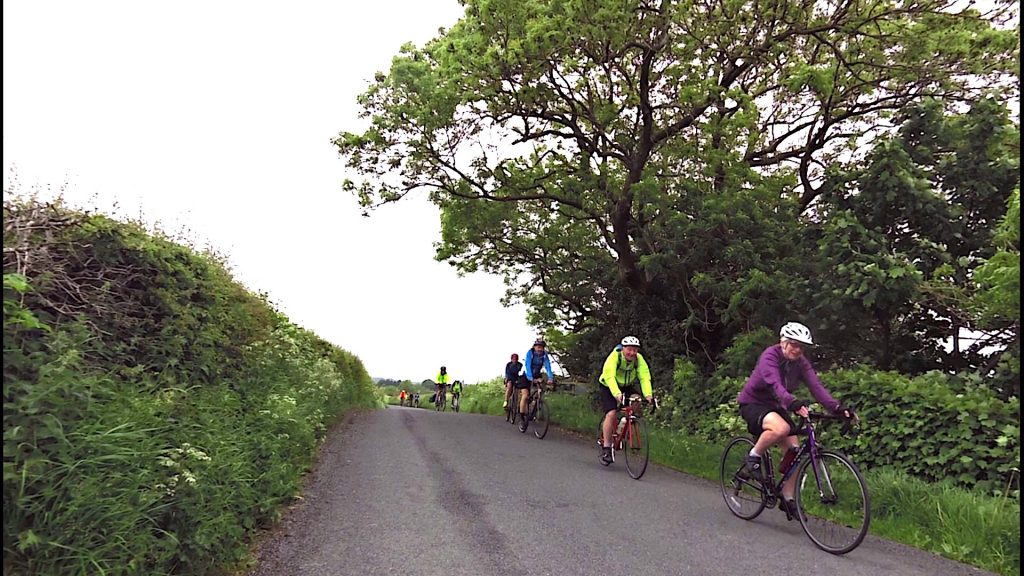 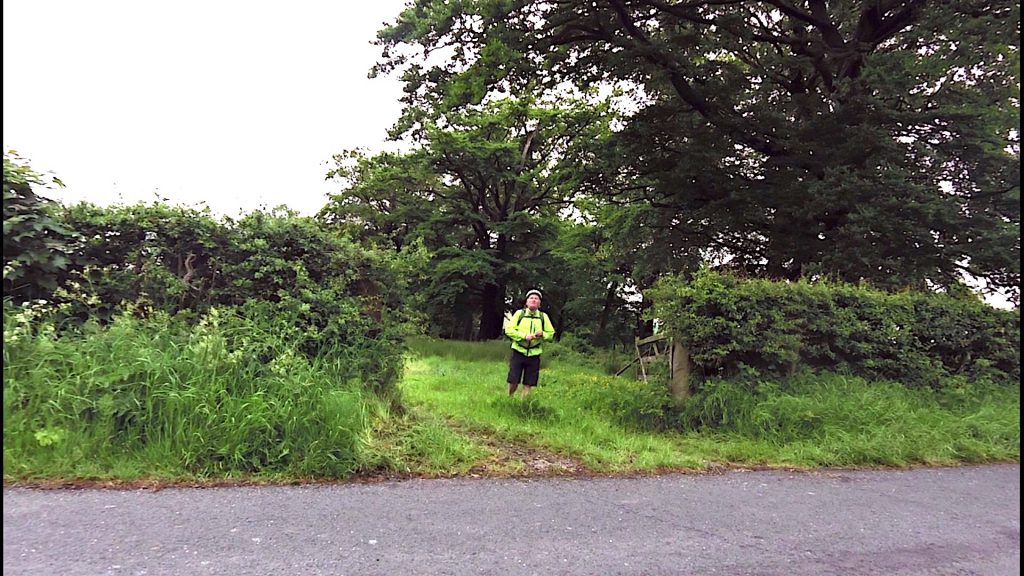 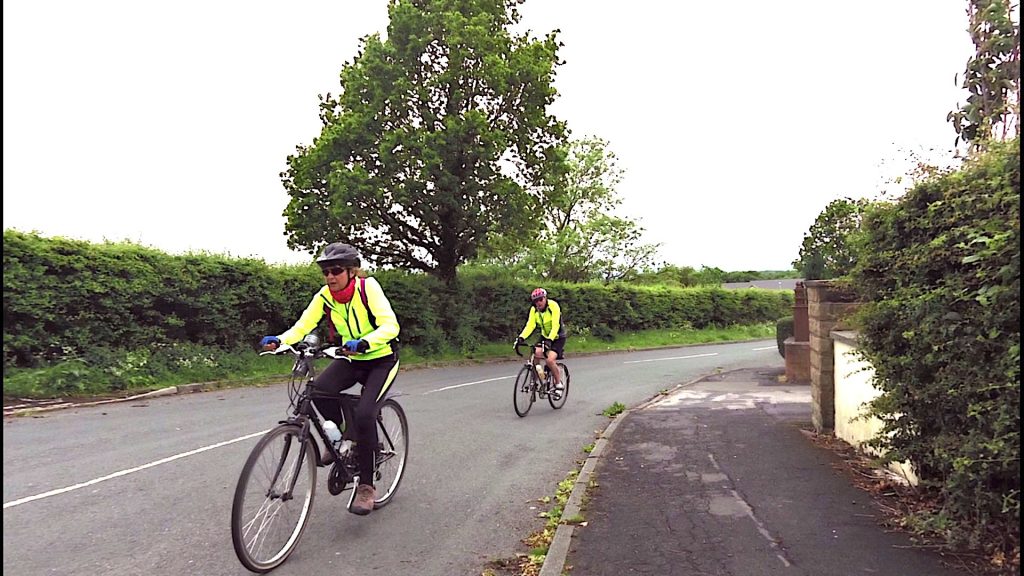 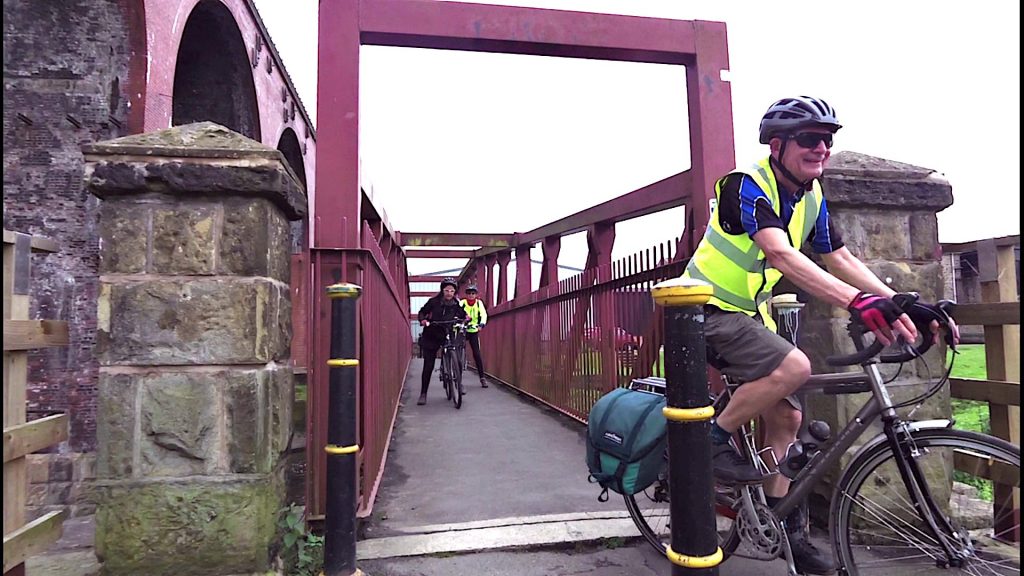 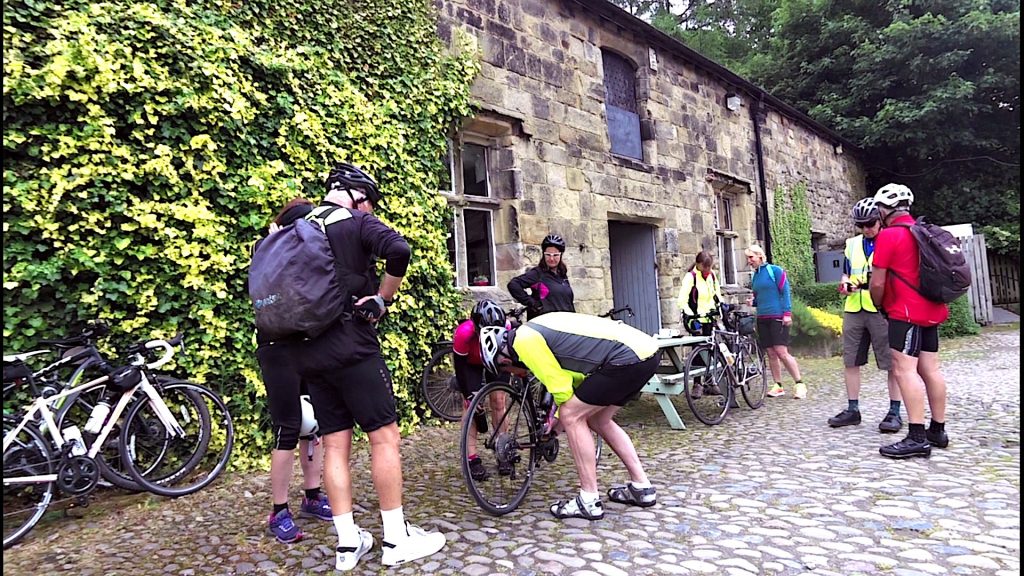 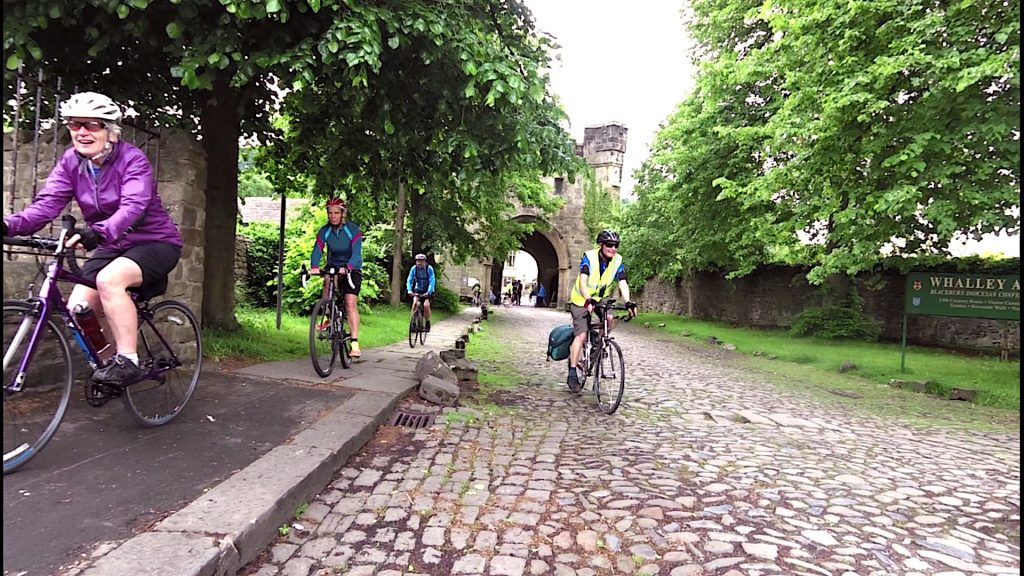 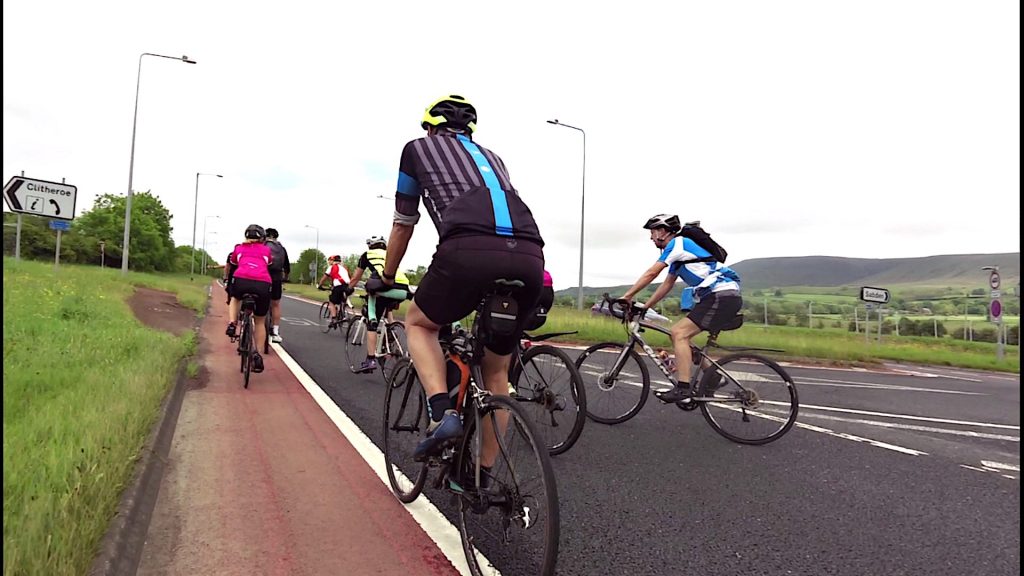 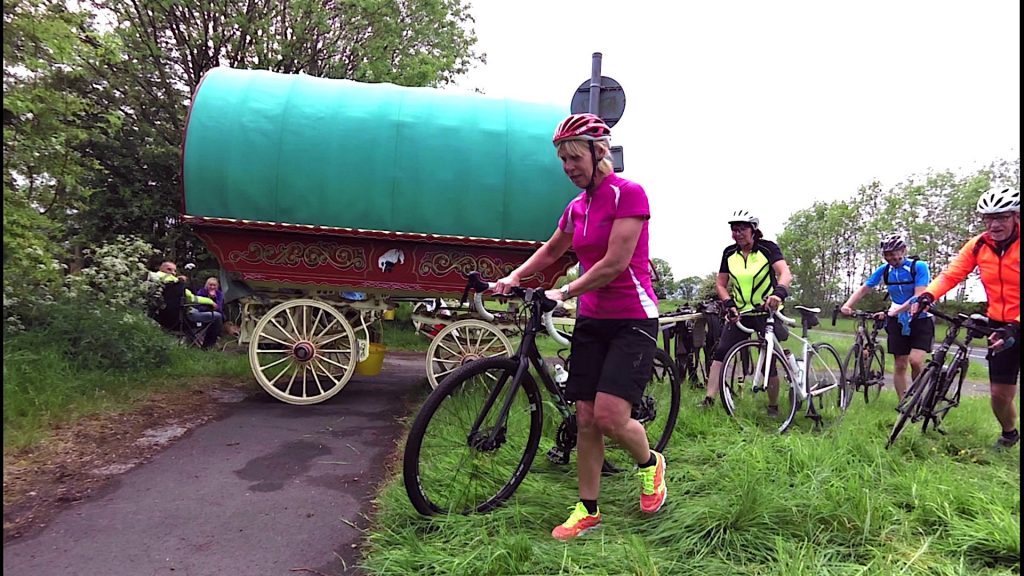 Of all the places to set up camp! 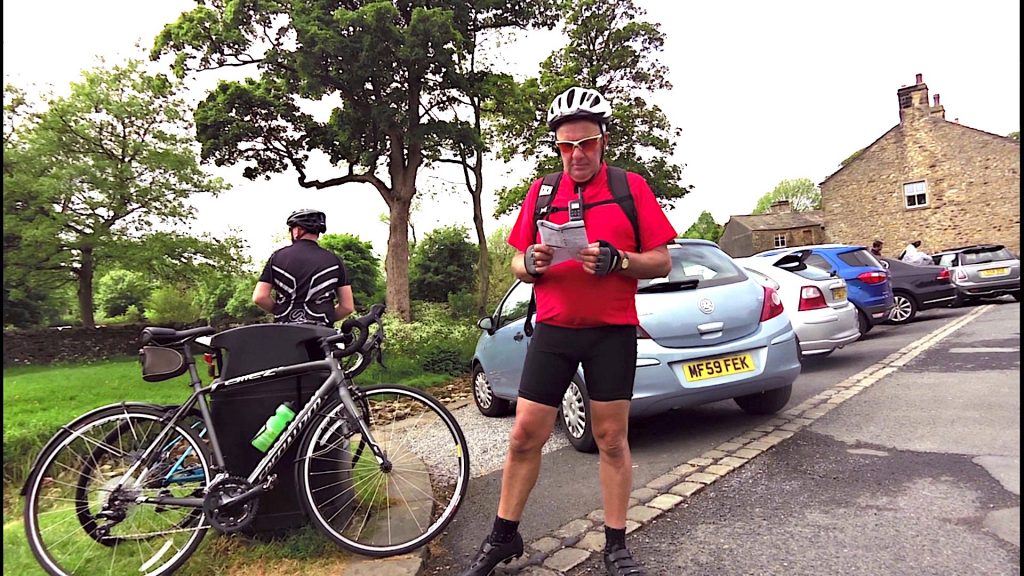 Pretending he’s checking directions but it’s the instruction manual for the microwave! 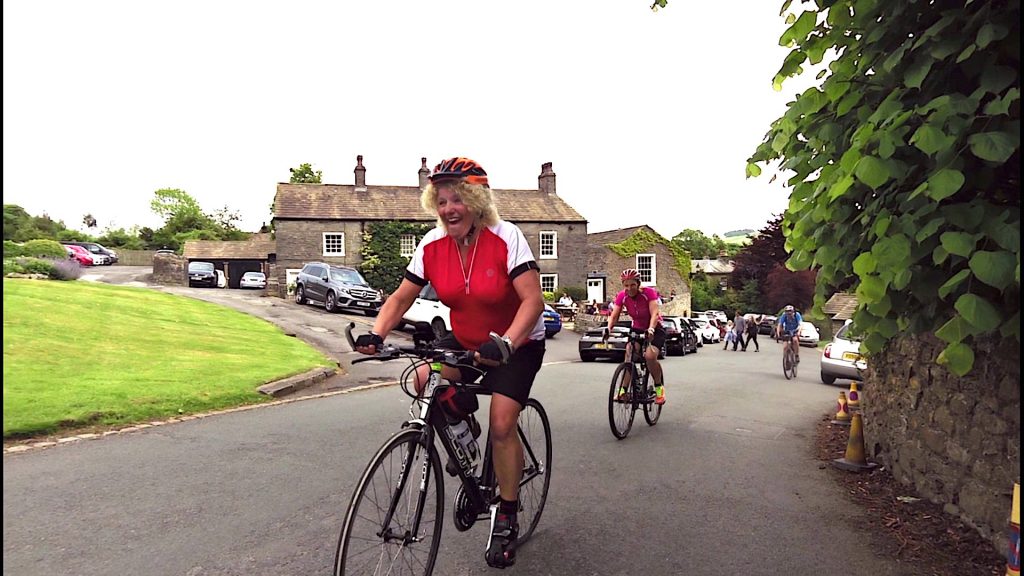 Go on Thelma, give it some!

Few pics from  “Way Of The Roses” 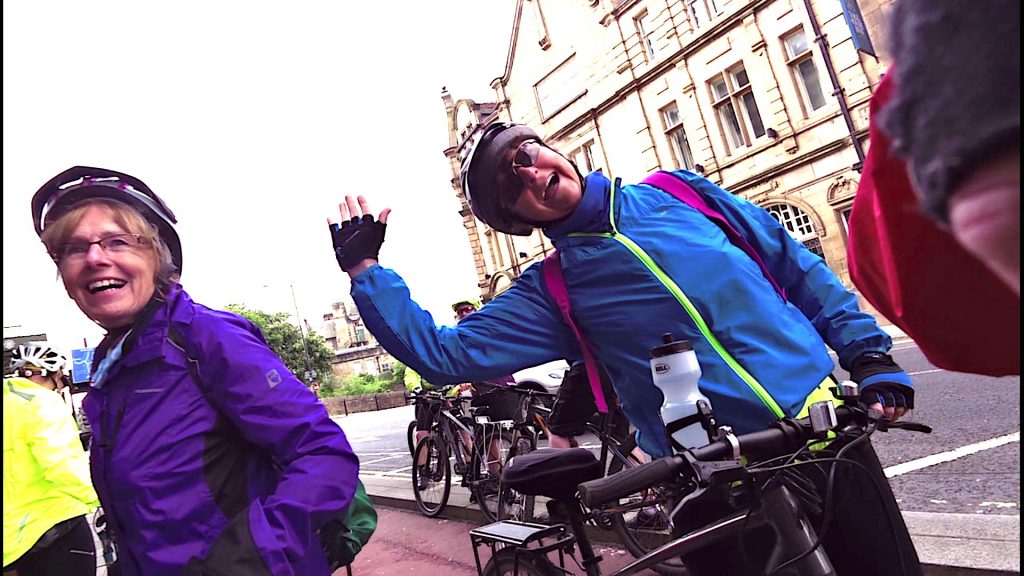 Not a full shilling! 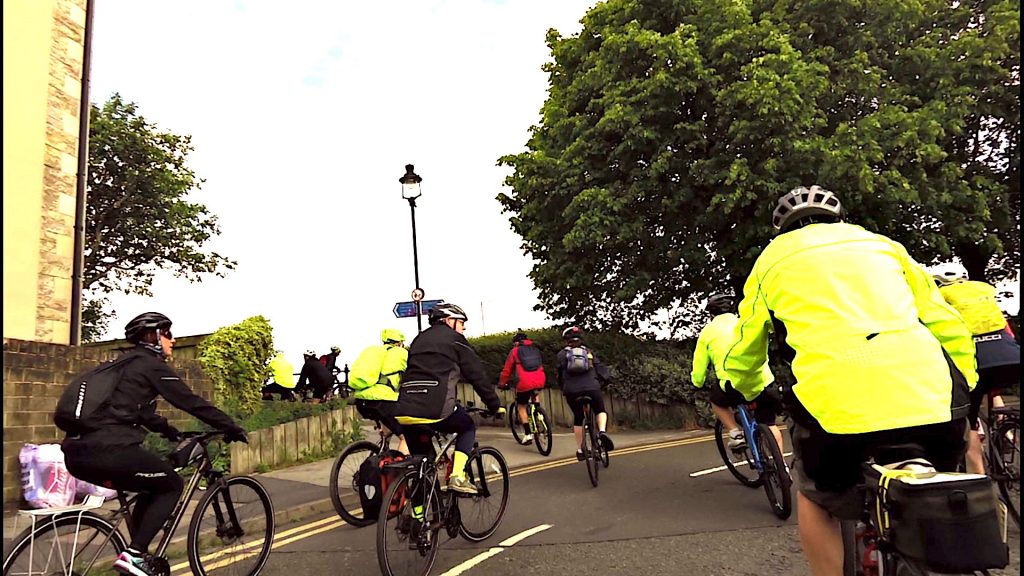 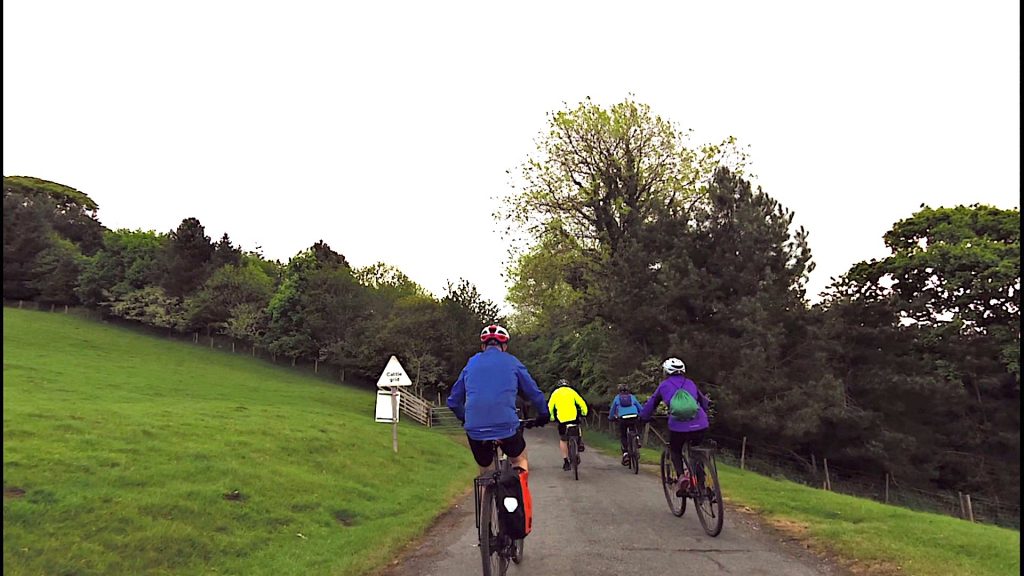 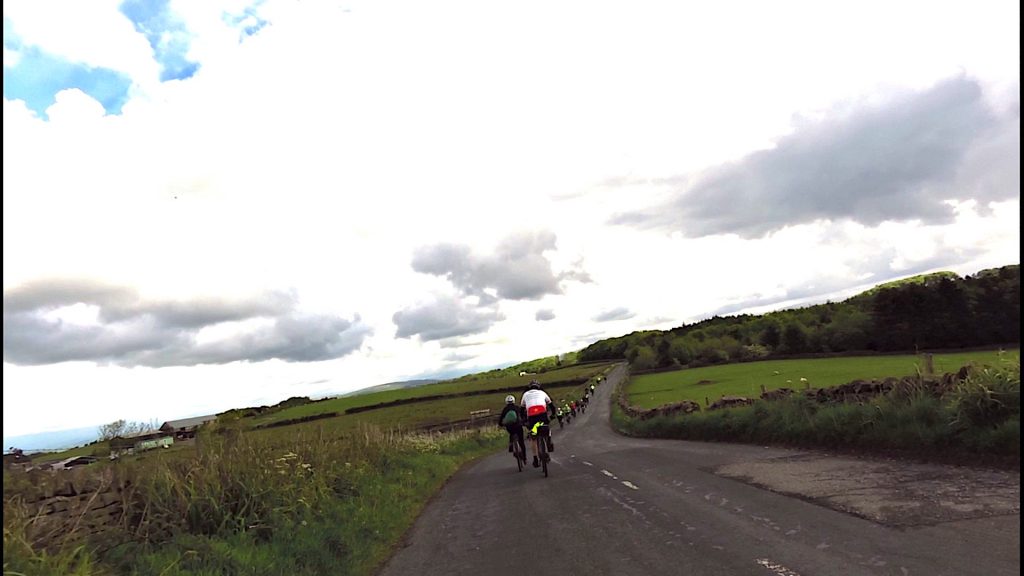 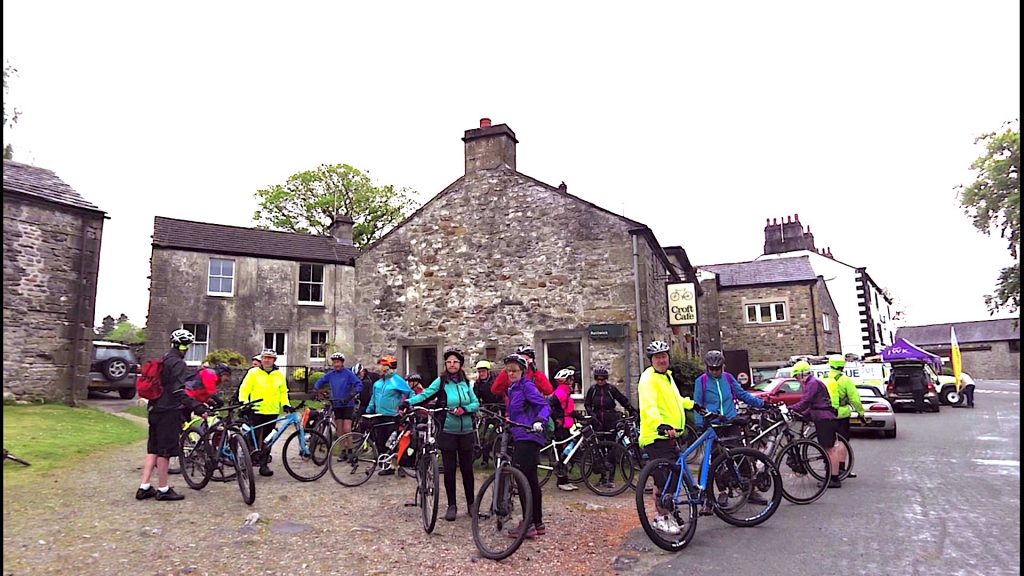 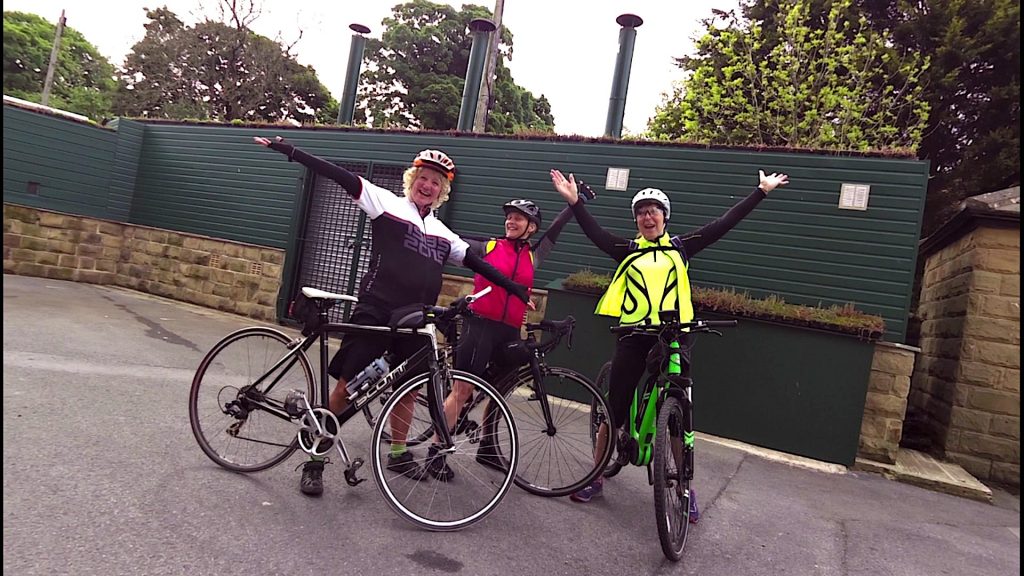 Worst rendition of YMCA ever! 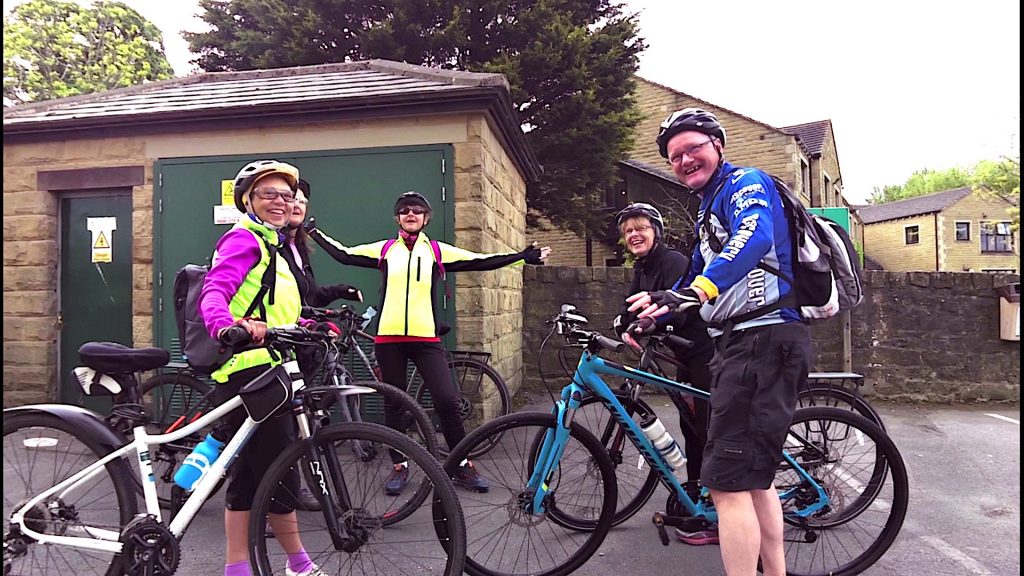 Go on Doreen, give us a song! 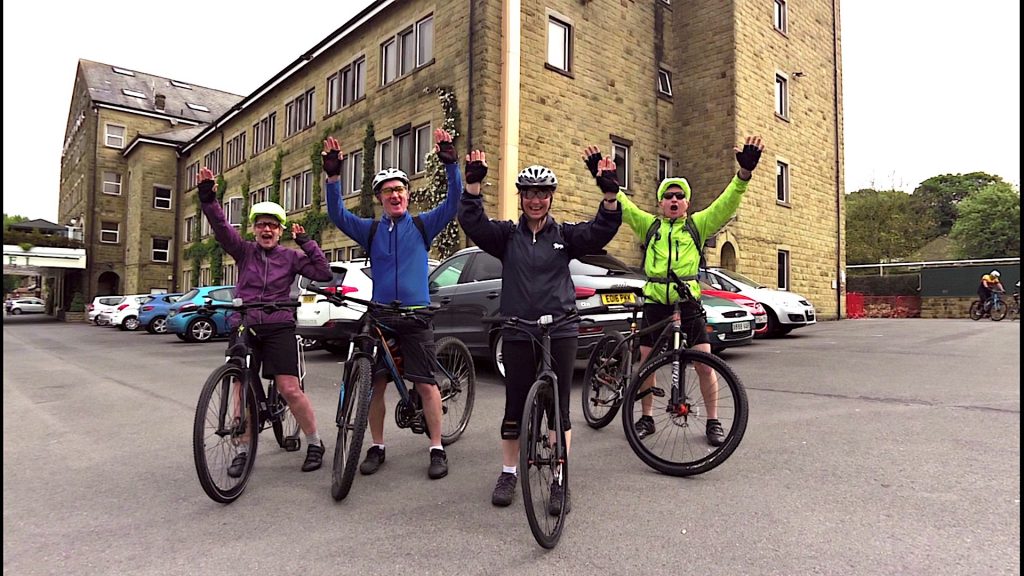 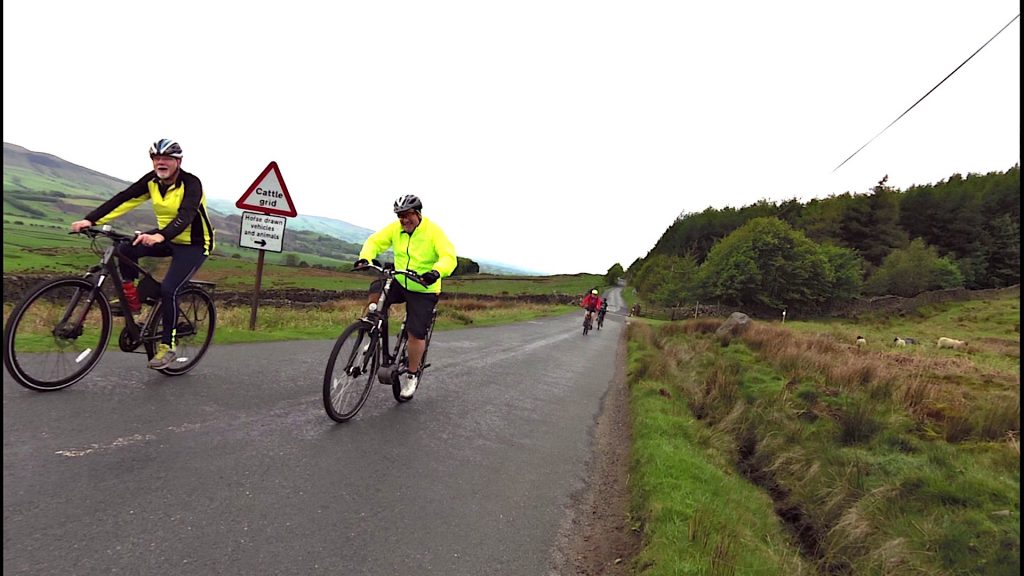 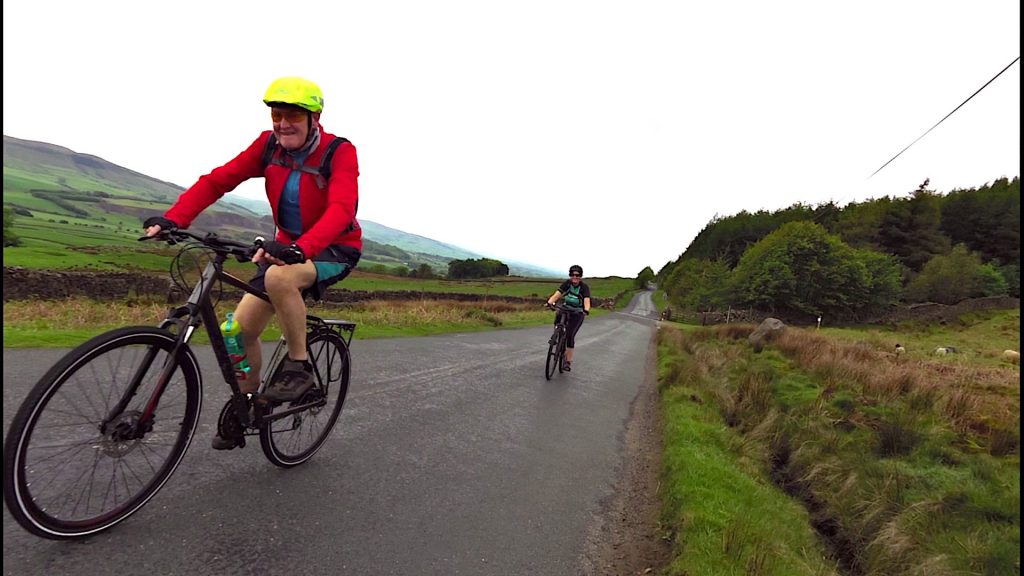 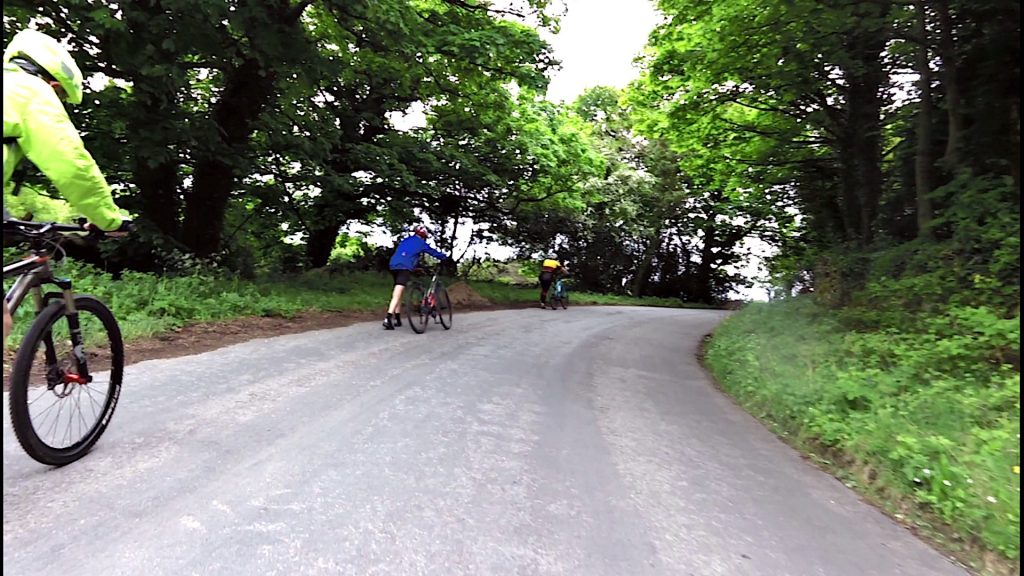 One of the easier ones! 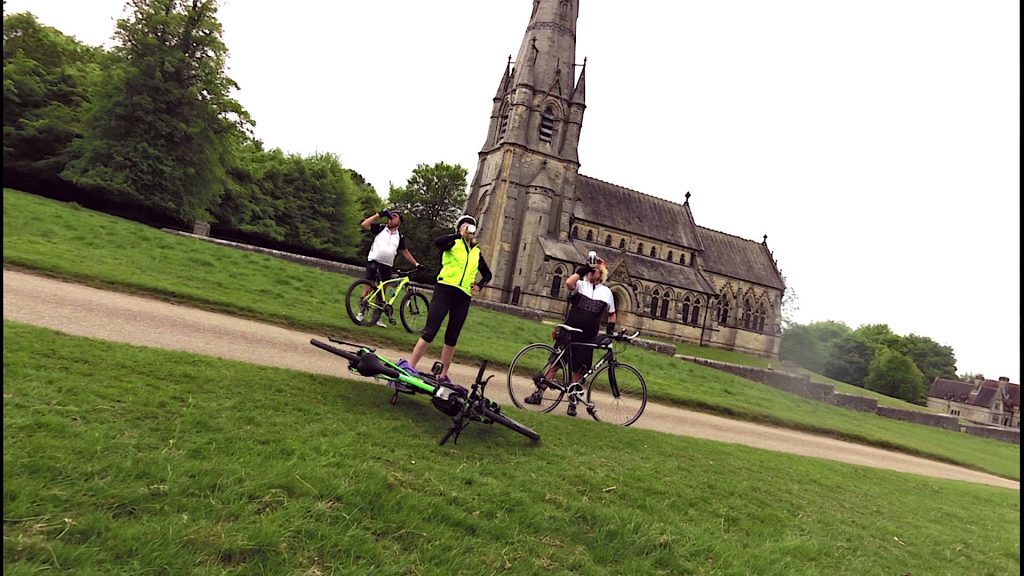 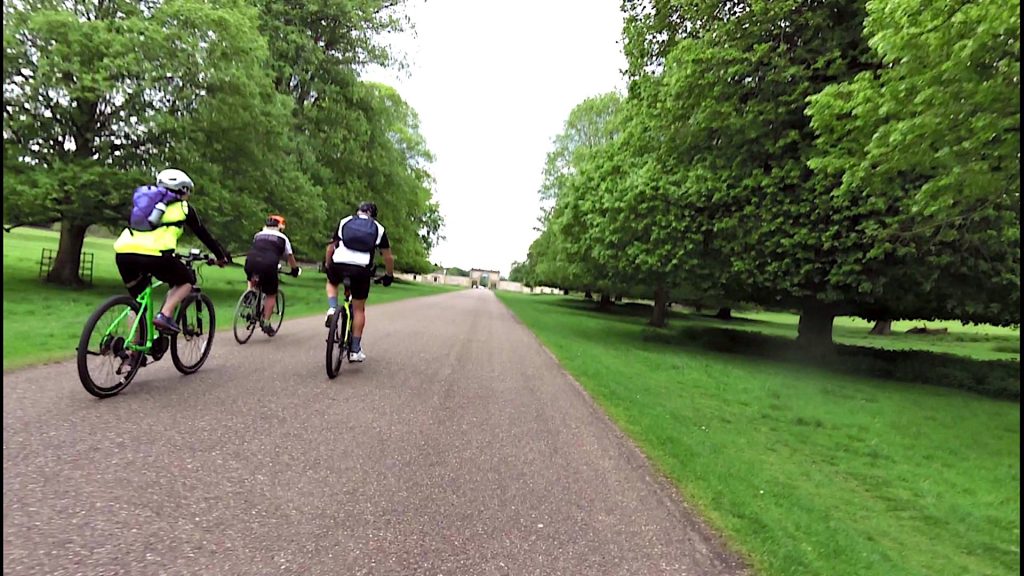