Quite a decent turnout considering the conditions, just the slightest hint of moisture in the air I’m led to believe! 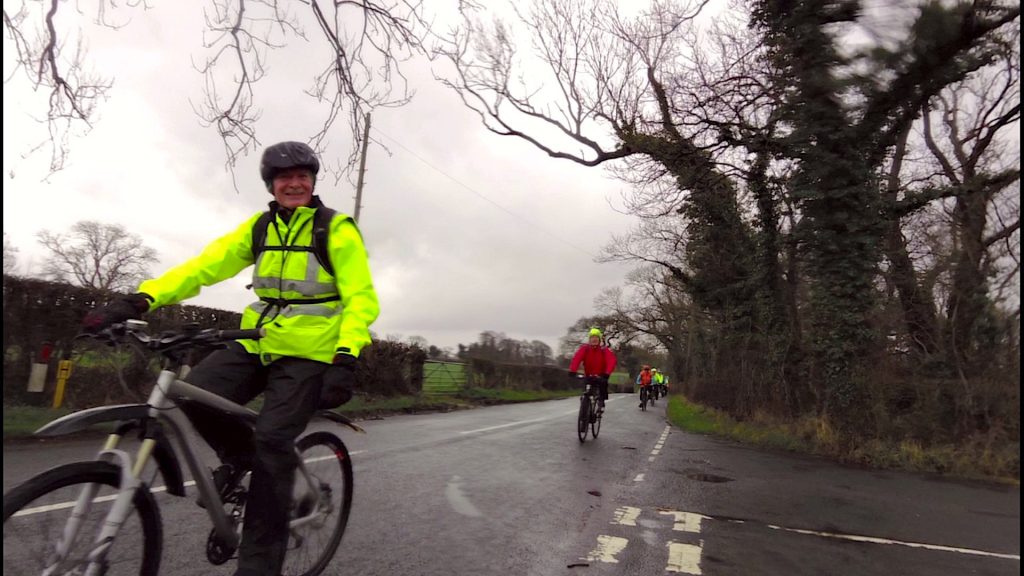 Smiling in the face of adversity! (it was only spitting though) 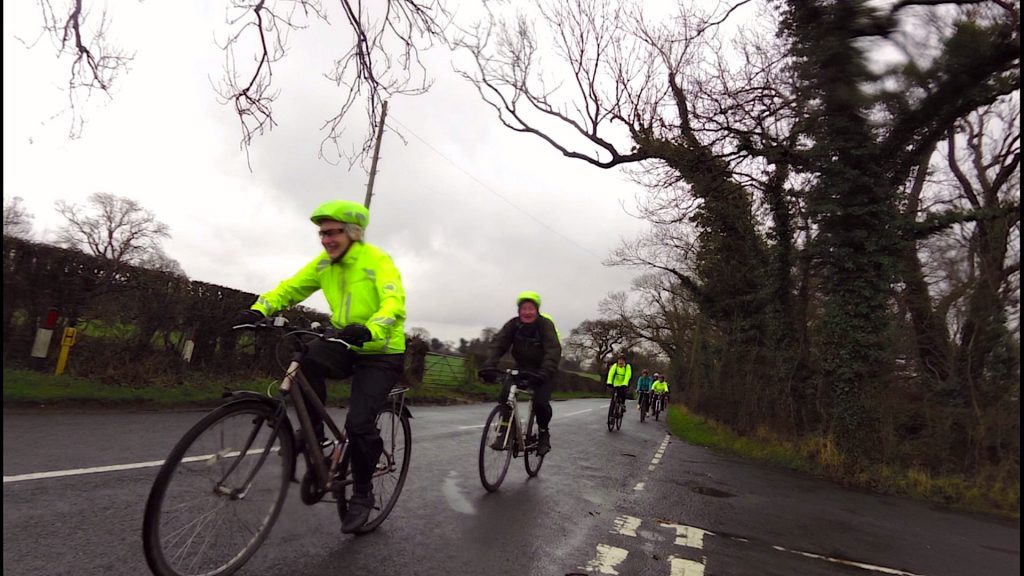 Notice the Trek didn’t make it out on this one! 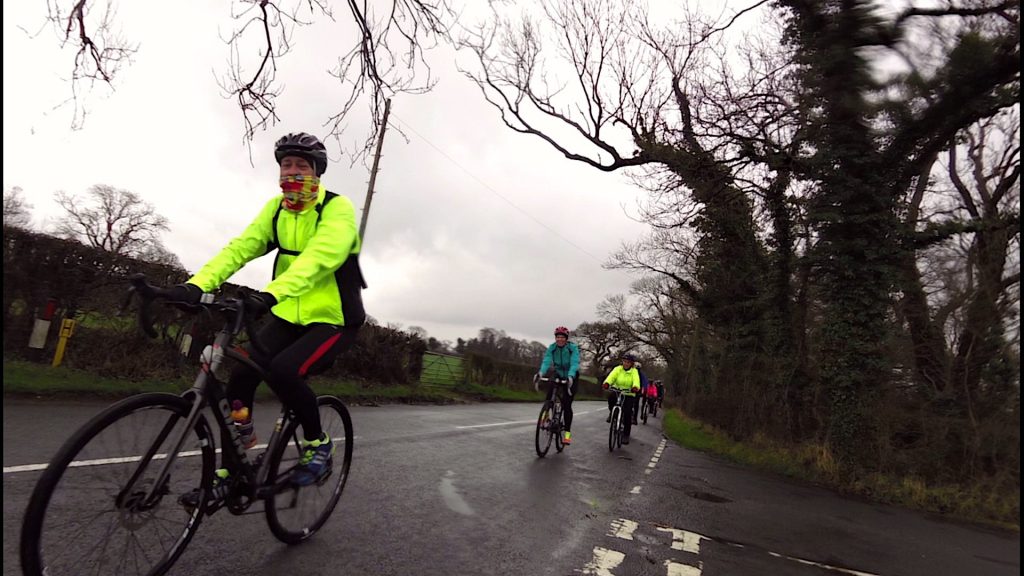 Not sure if this is one of our members or a local gang member! 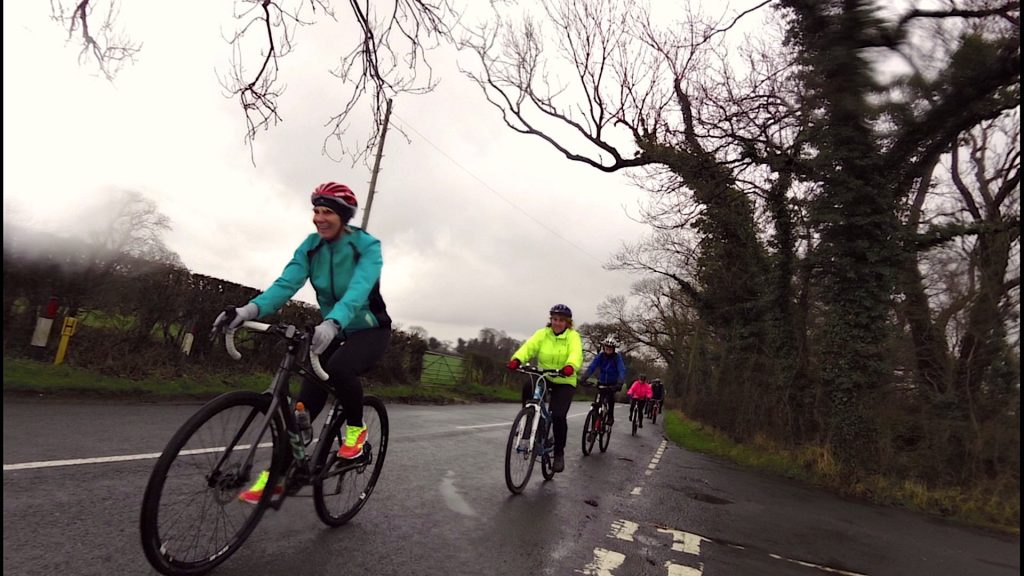 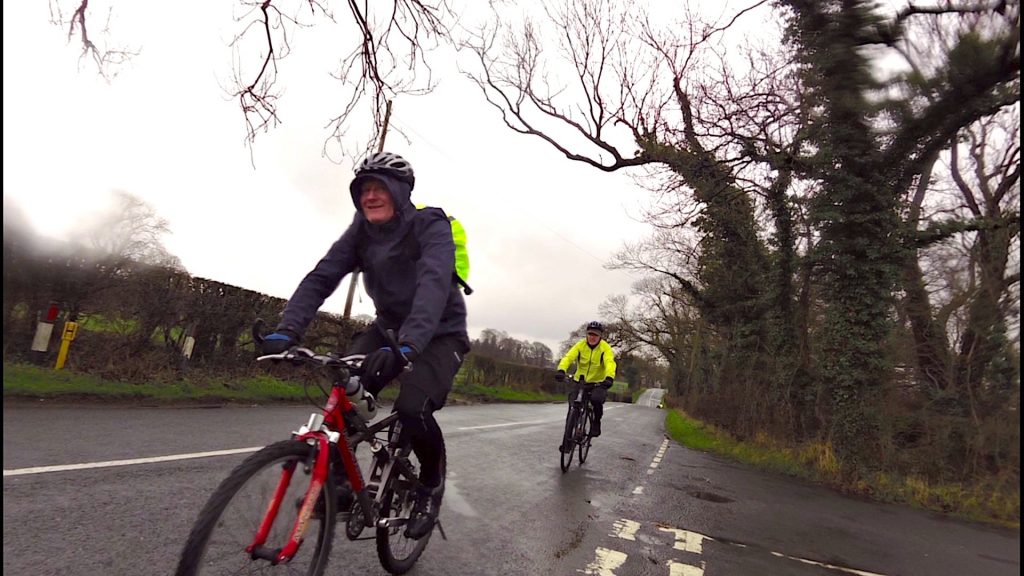 And another new member, probably wishing he was somewhere else by the look of things! 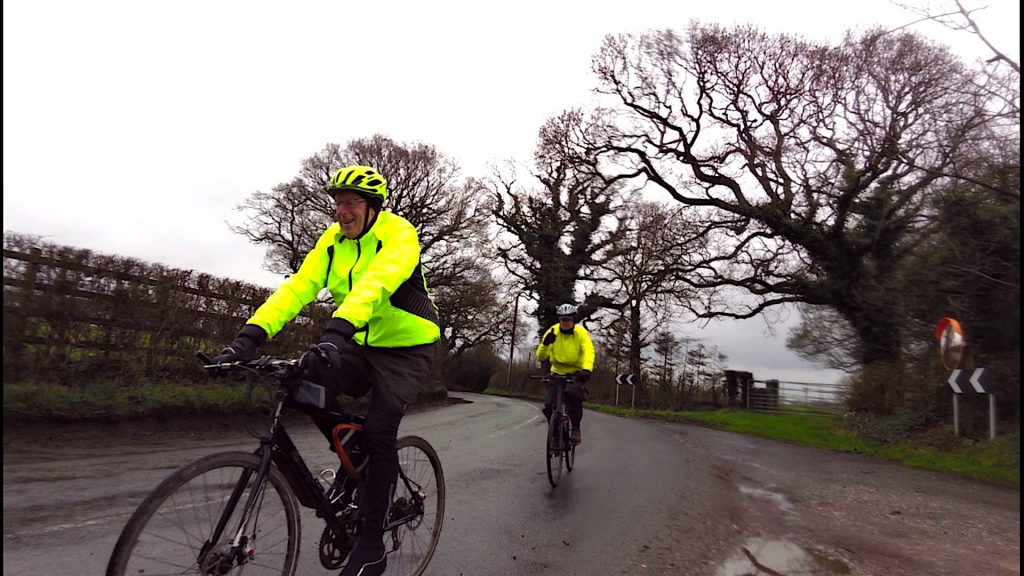 The mop up crew! 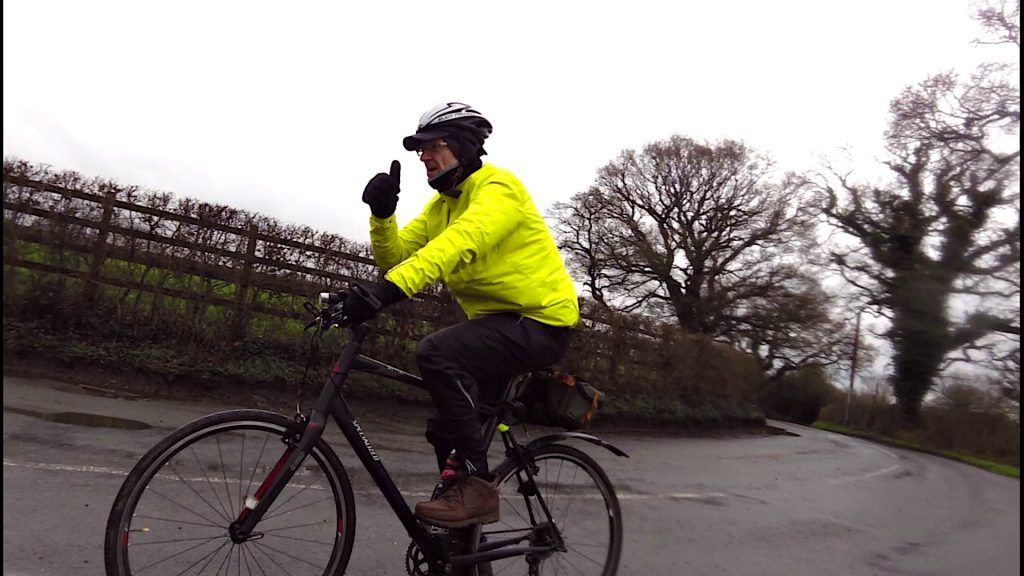 Doing the TEC role once again, really is appreciated Clive! 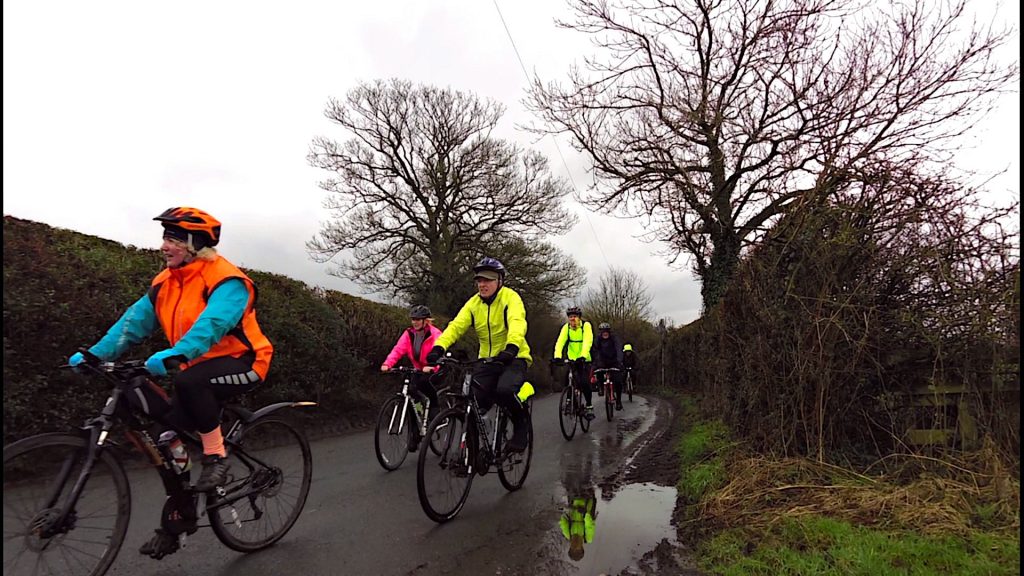 It’s stopped spitting by the look of it! 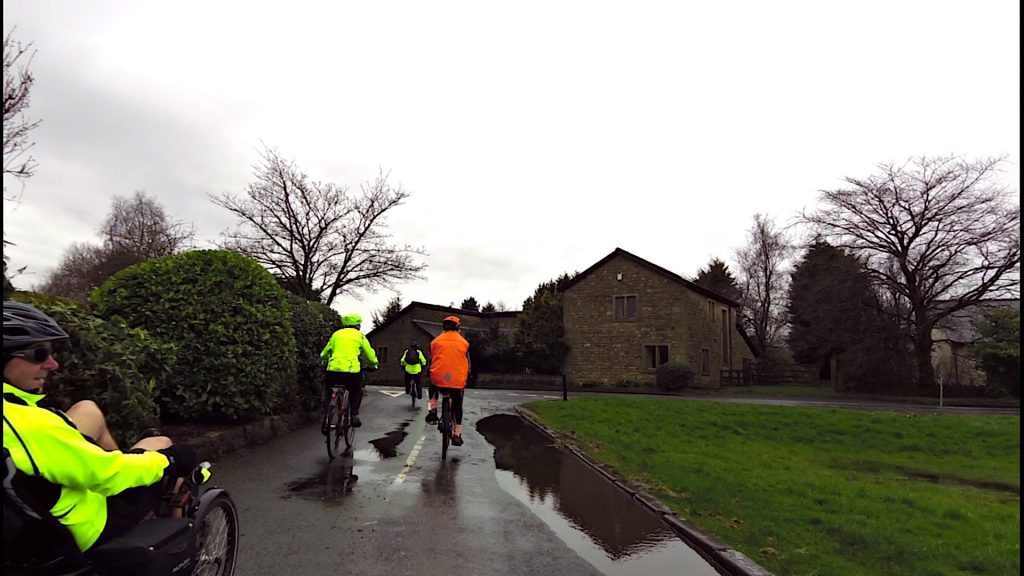 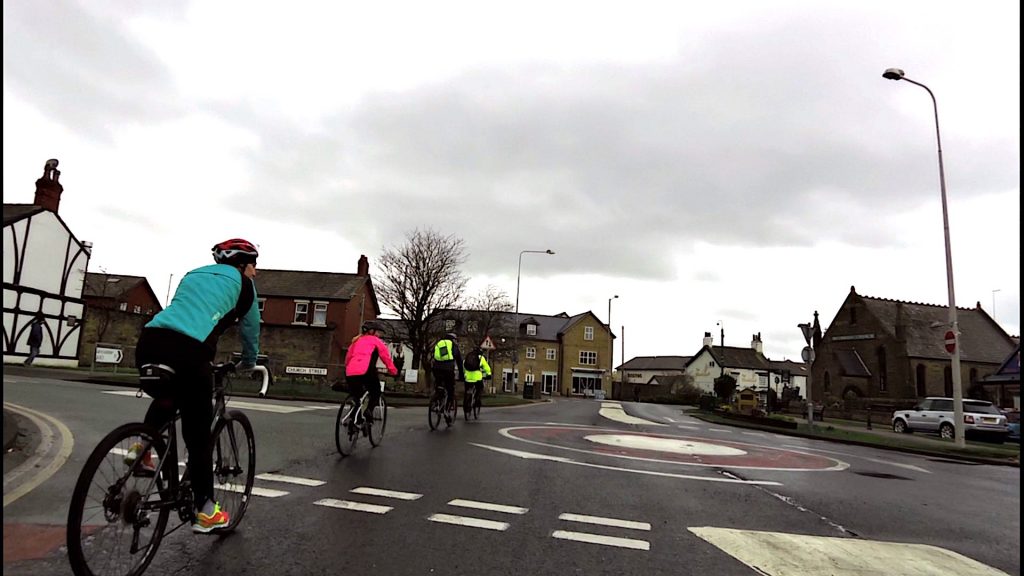 First car we’ve come across and that one’s parked up, we did say they were quiet roads! 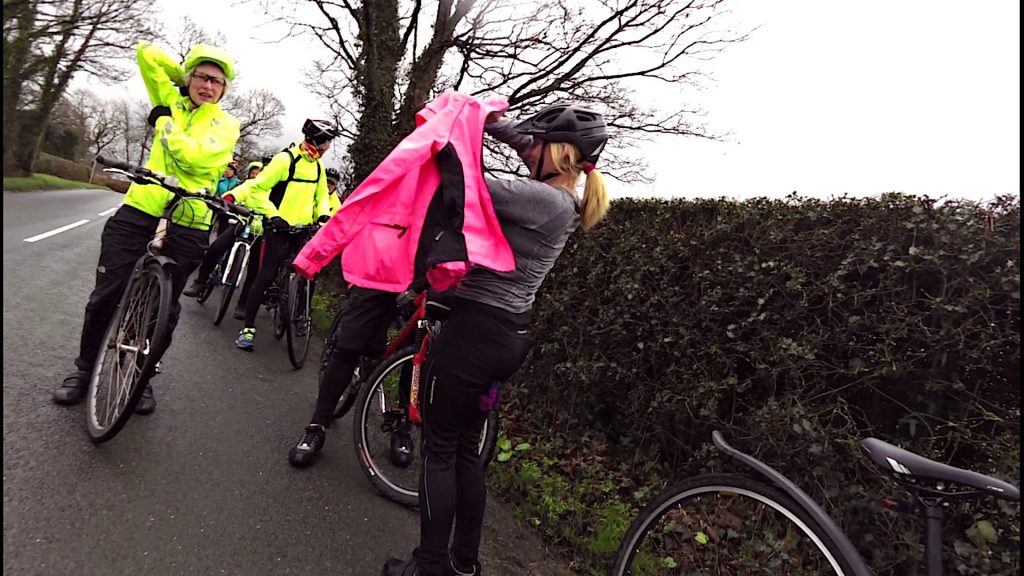 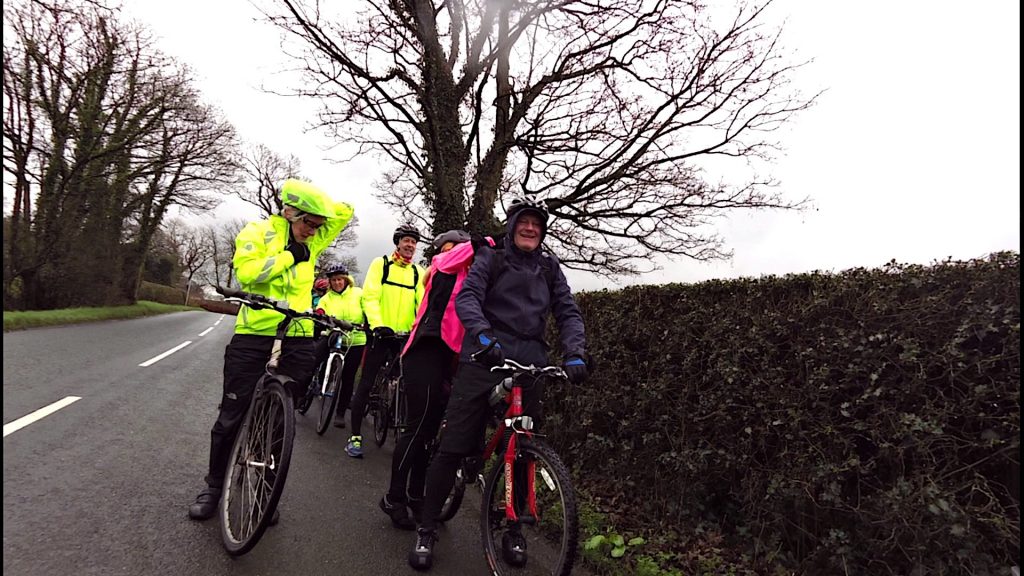 Still trying. Doesn’t work Joyce, give it up as a bad job! 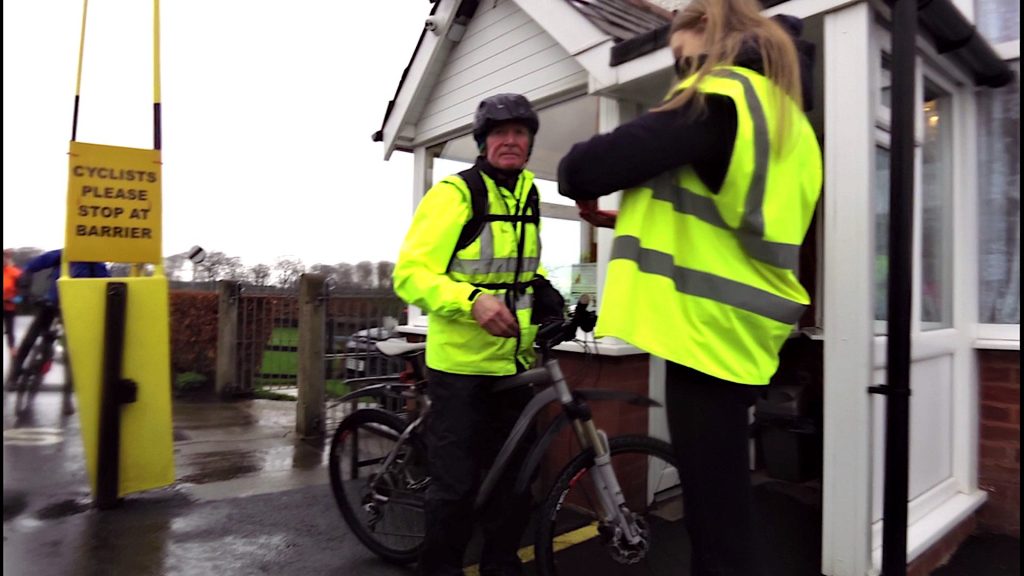 Expression says it all, not only did he offer to pay everyones toll, he only had a Tenner though and got his change in 20p coins, bagful of them! 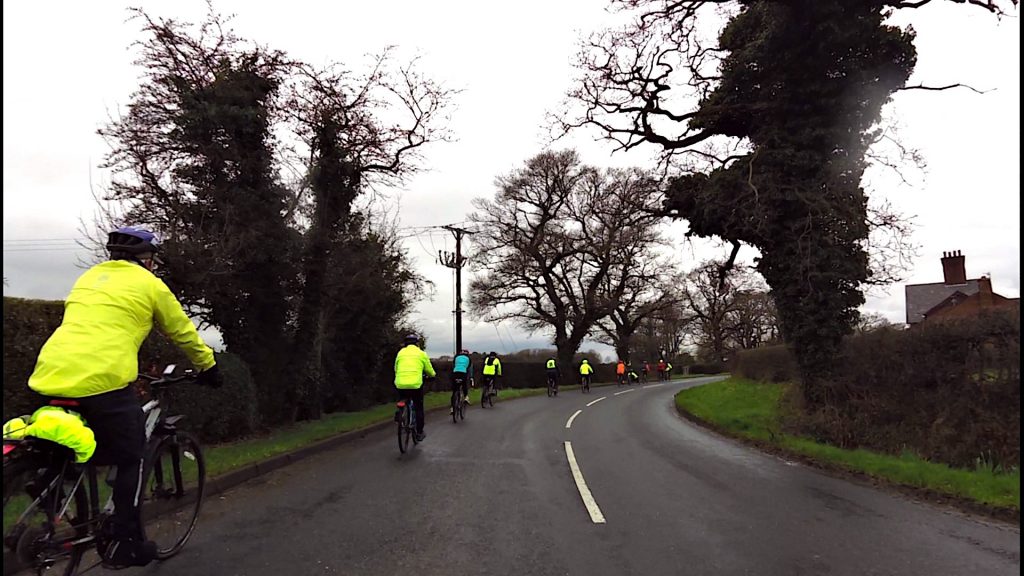 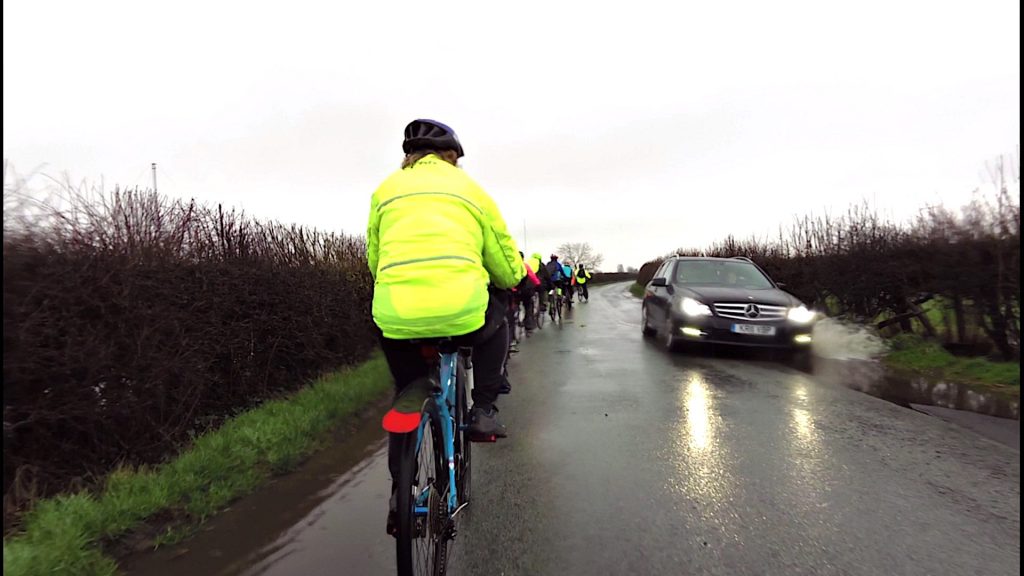 Everyone quite relieved it was on the opposite side, that could have been quite funny! 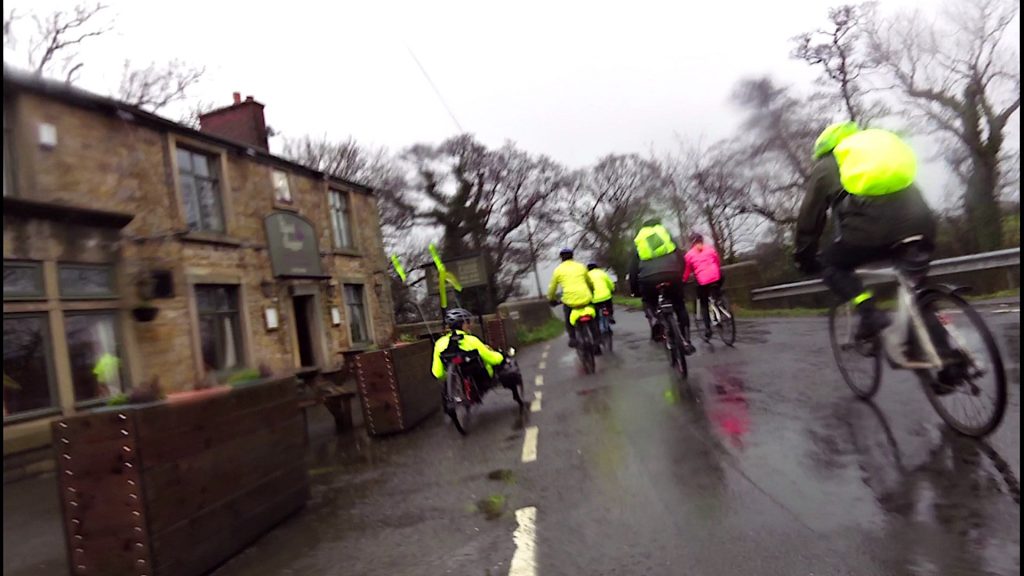 John’s been watching too much F1, thinks he’s expecting a pit crew to rush out of the pub and do a wheel change!