For once the forecast was spot on, heavy rain throughout the day but clearing mid afternoon to leave a dry chilly evening with temperature dropping to just above freezing overnight. Enough to put most off riding, but seven hardy souls / fools had decided to give it a go.

Cobbled section of canal towards the DW was first up for the travelling light show and it wasn’t long before the first hiccup, we’d managed to lose our back-marker! The cobbles had caused his light to fall off and on top of that his radio wasn’t working either. A few minutes later he managed to catch us up, riding one handed with the light in the other. Few running repairs and we were underway again looking forward to the first off-road section. Personally I do quite a bit of night riding, mainly over familiar territory. The woods behind Heinz though I’d only ridden once before and what a difference the darkness made, quite exhilarating! Crooke village followed by Giants Hall next up and the realisation that the Loop in the ride title was a subtly disguised anagram of Pool. So much so that someone thought we’d taken a wrong turn and were actually cycling up the Duggy. Crem followed before Leyland Mill Lane and the climb through the plantations up to the Balcarres at Aspull. The climb had warmed our cores up but the extremities were still protesting though and what appeared to be a nice warm cosy atmosphere in the pub was rather inviting. Russell had ridden in from Westhoughton to join us and decided to take the direct route home rather than go out of his way, nice warm bath was beckoning. Main drag to the Gerrard arms was an option from here but Jim didn’t think our feet were quite wet enough, so led us down the track at the side of the church and across the fields towards fingerpost. Quite a wet and muddy section but for Jim it was mission accomplished, feet were now well and truly soaked. Borsdane Wood was the next port of call and if you’ve ever enjoyed riding through it in the daylight you’d love riding it in the dark, absolutely brilliant. We did have to be on our toes though, as well as the usual drop off sections the earlier stormy weather had carved out a couple of gulleys across the track and blown down a couple of trees that were completely blocking the way. Slight detour through the undergrowth to skirt round them was required, simple enough in the daylight, all added to the adventure.

Hindley, followed by Amberswood Common and a definite drop in temperature saw us back along the canal to Trencherfield and and our respective journeys home. Another great ride out, really enjoyed it. If you’ve not tried night riding before give it a whirl next time we do one, you won’t be dissappointed! 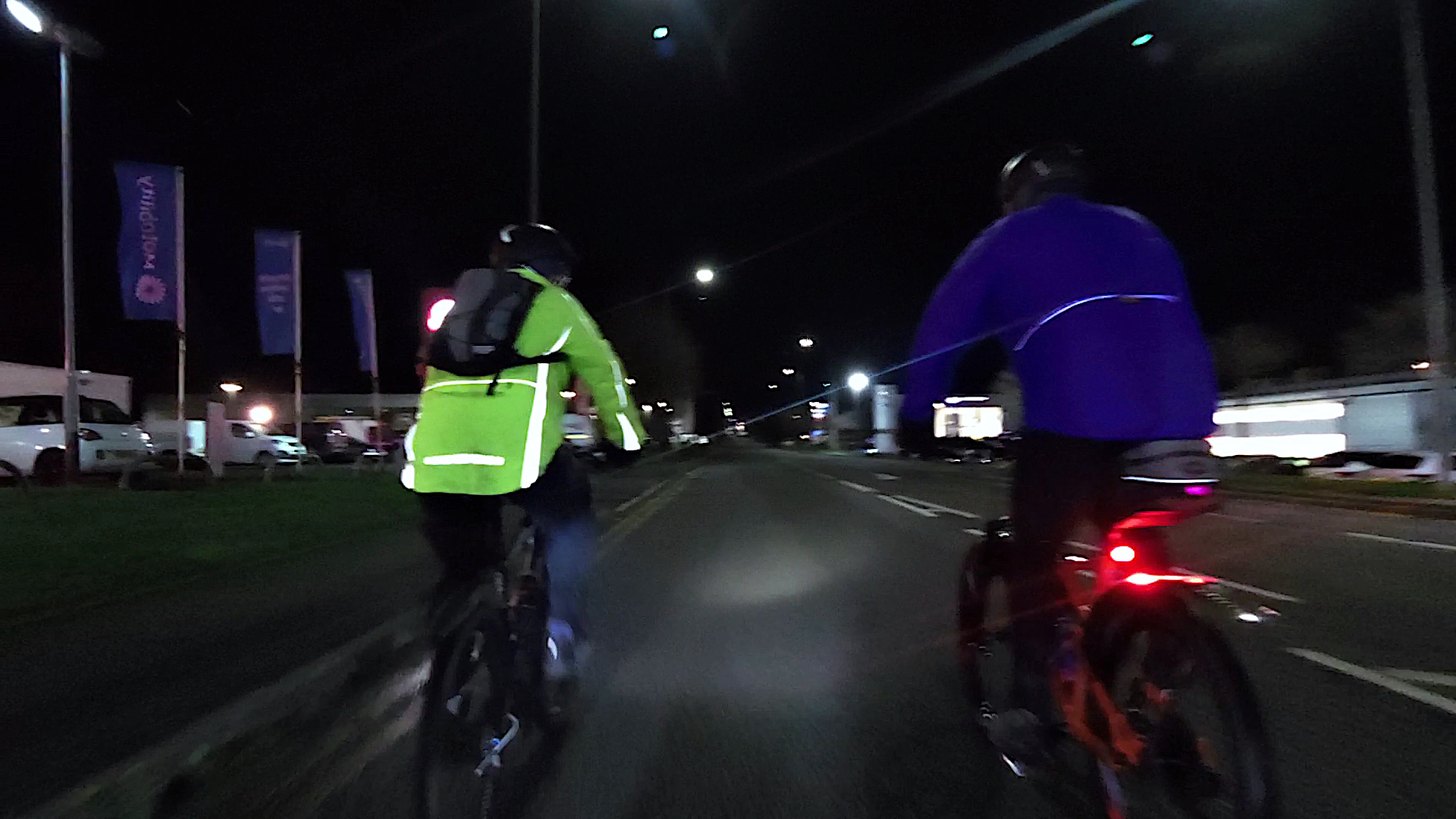 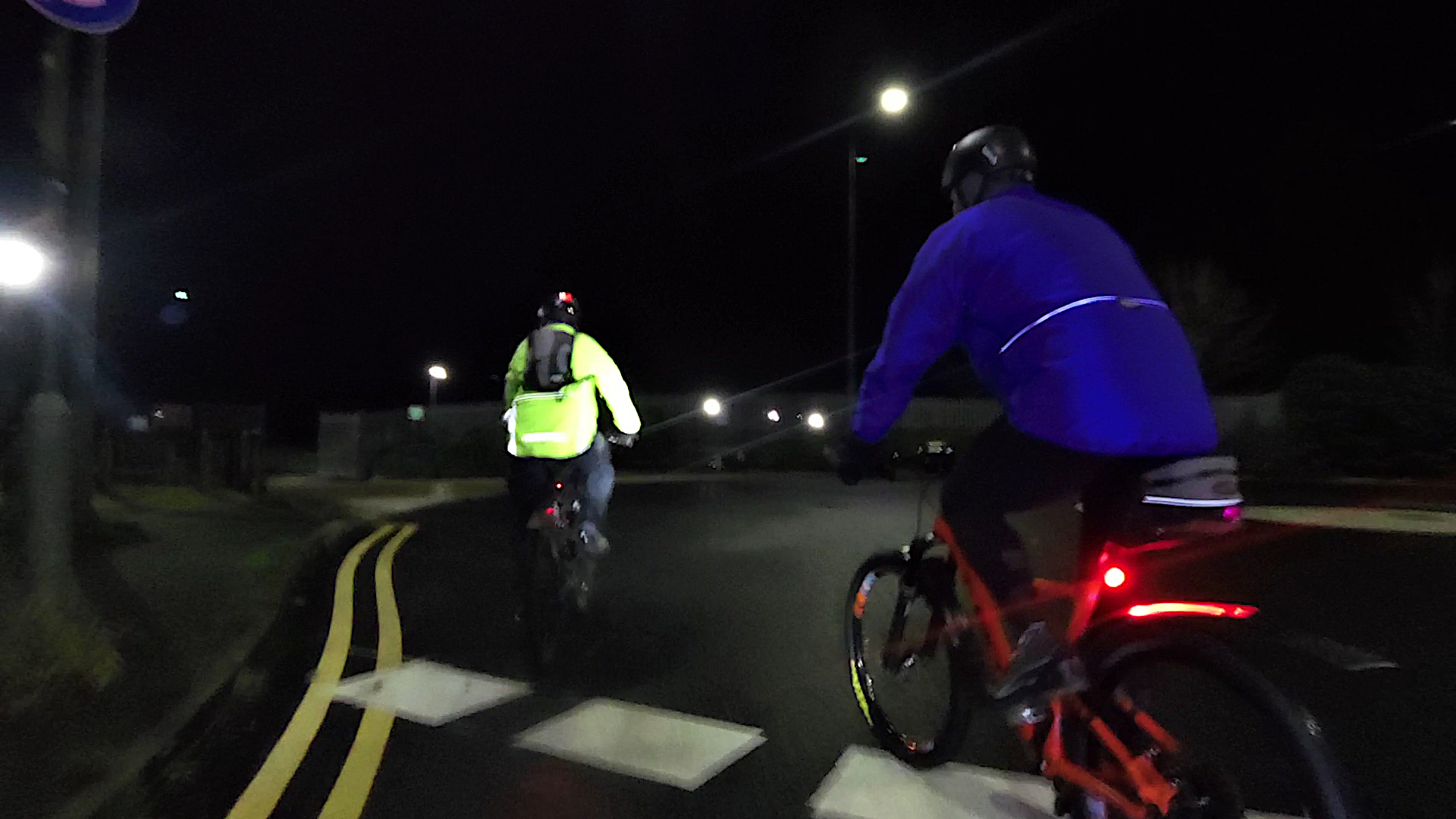 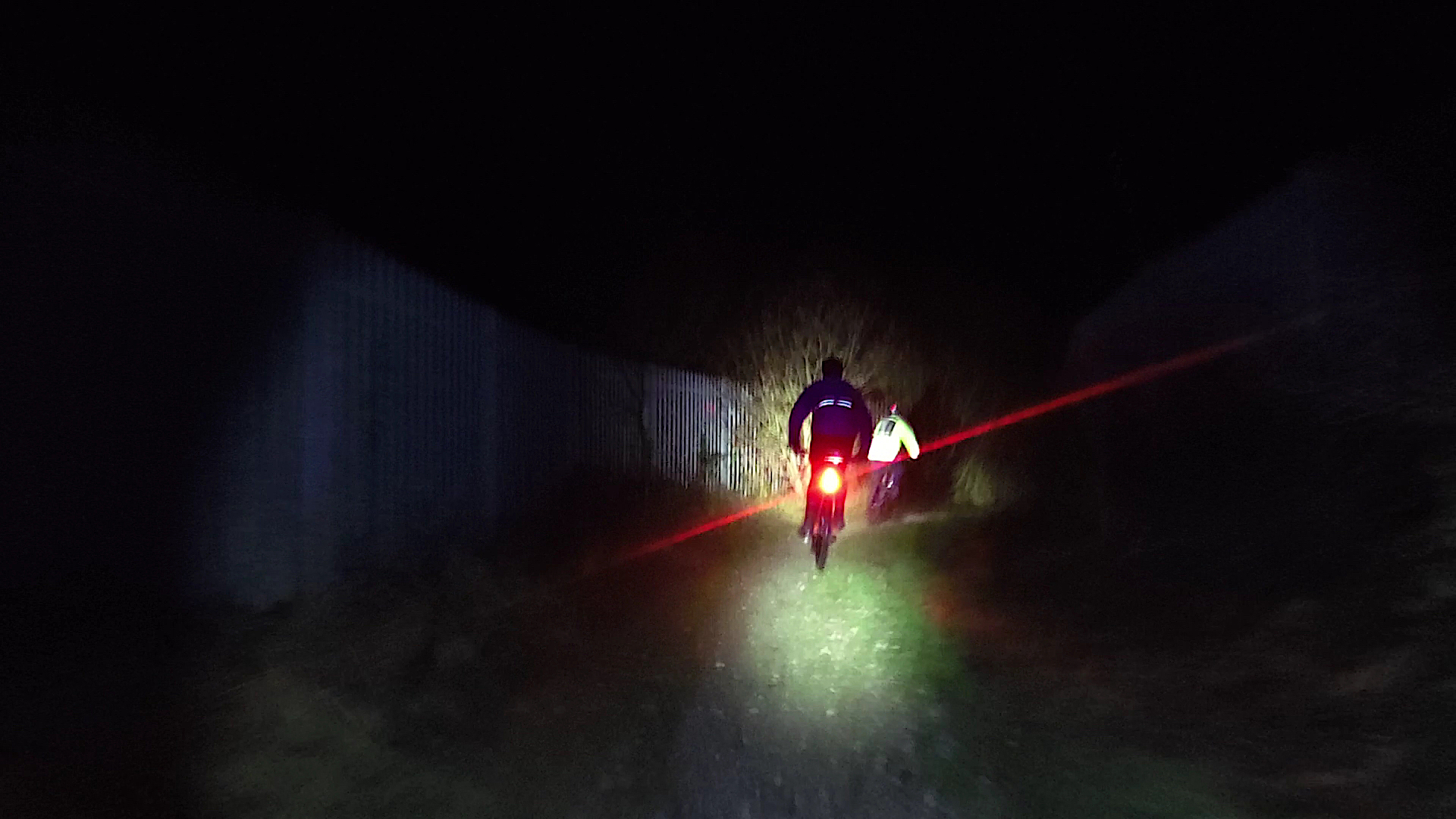 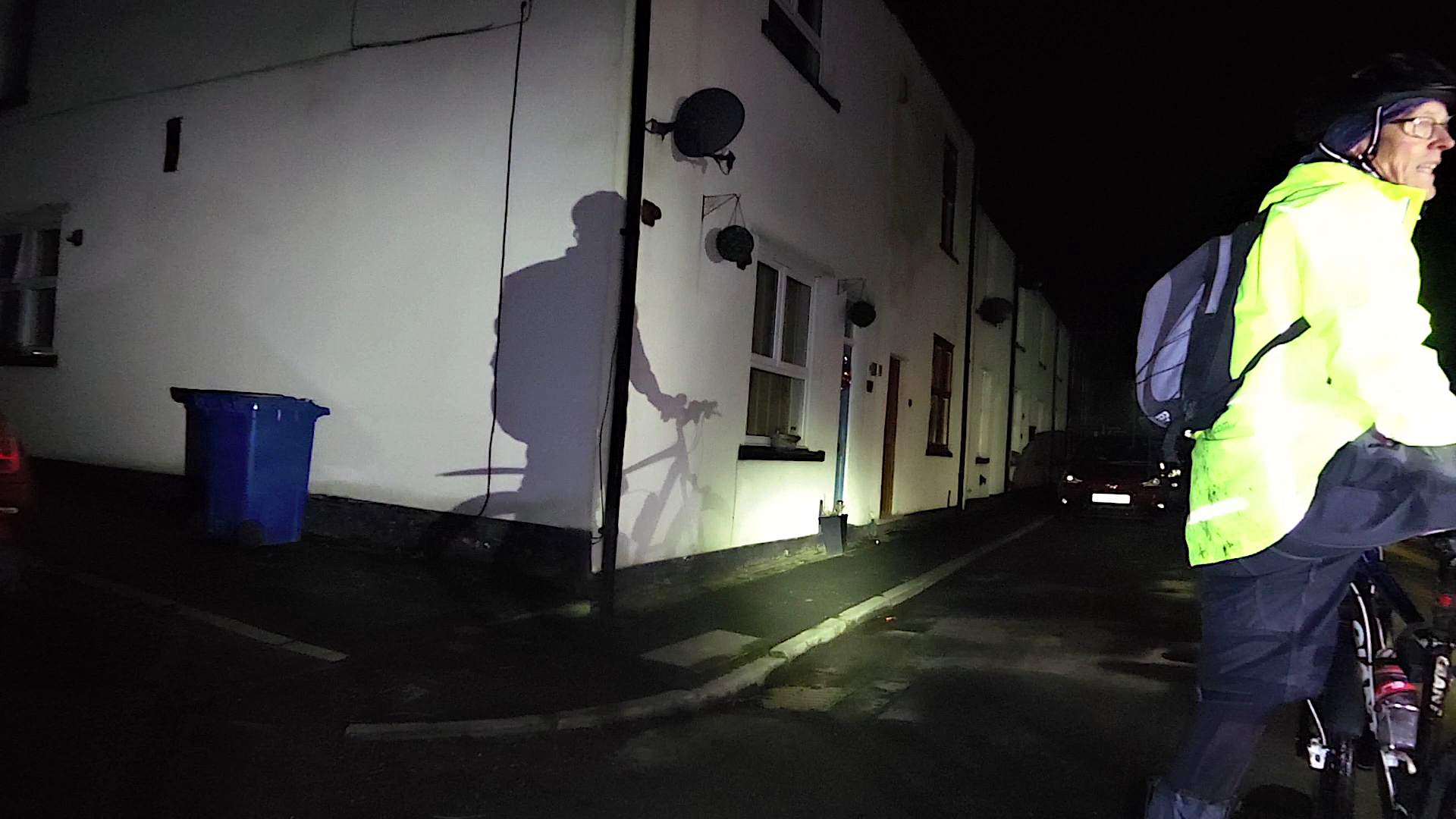 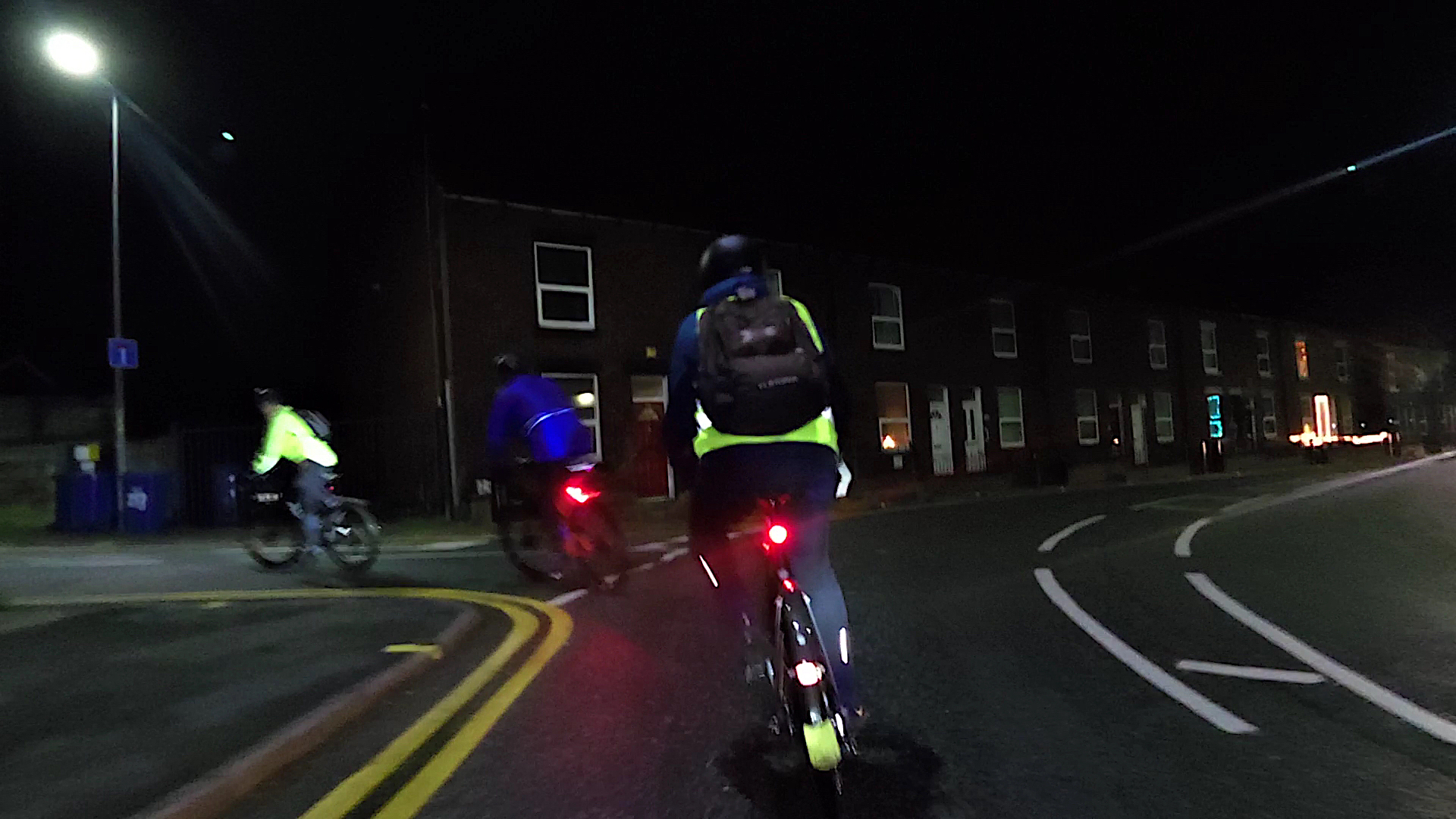 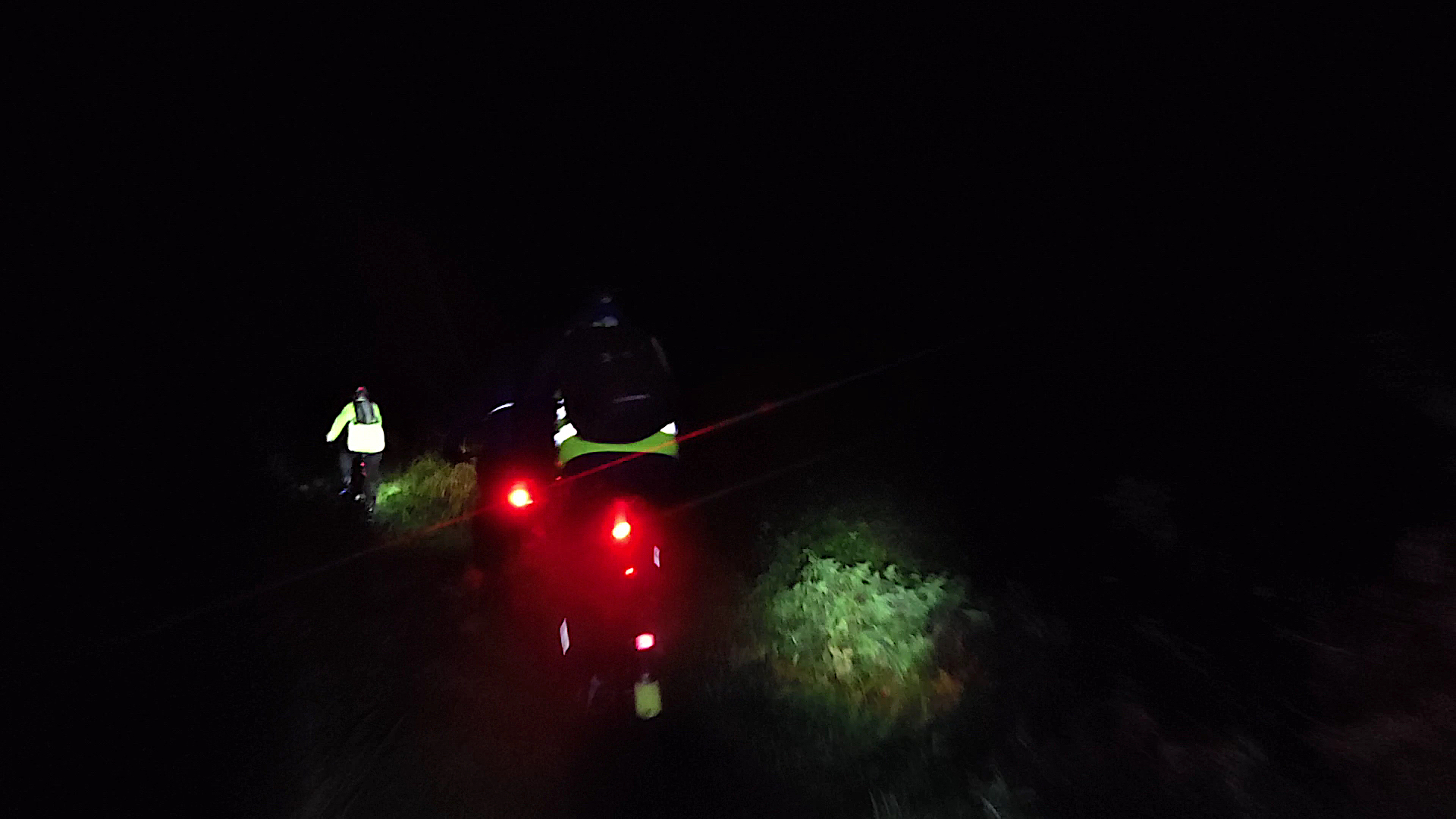 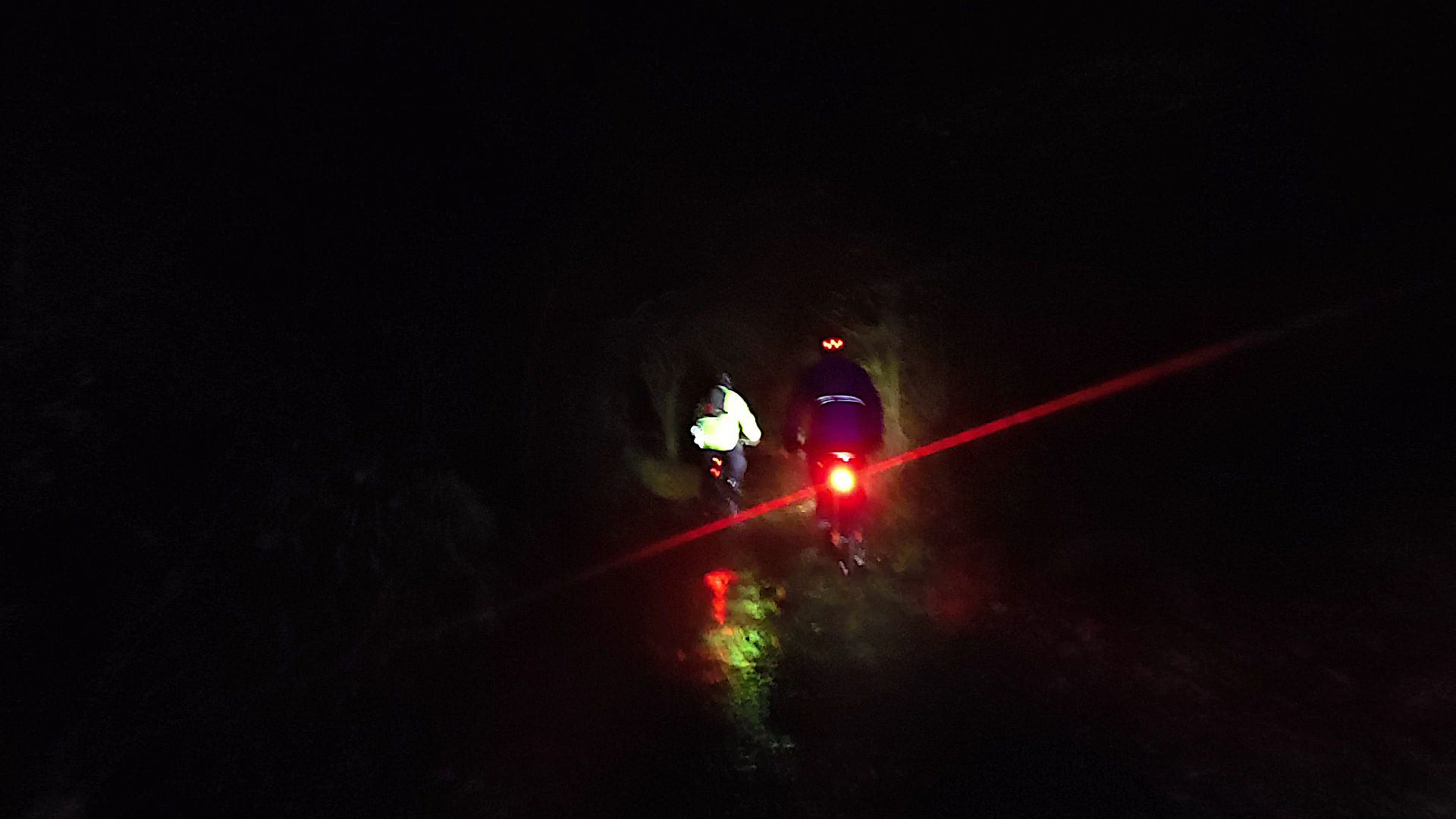 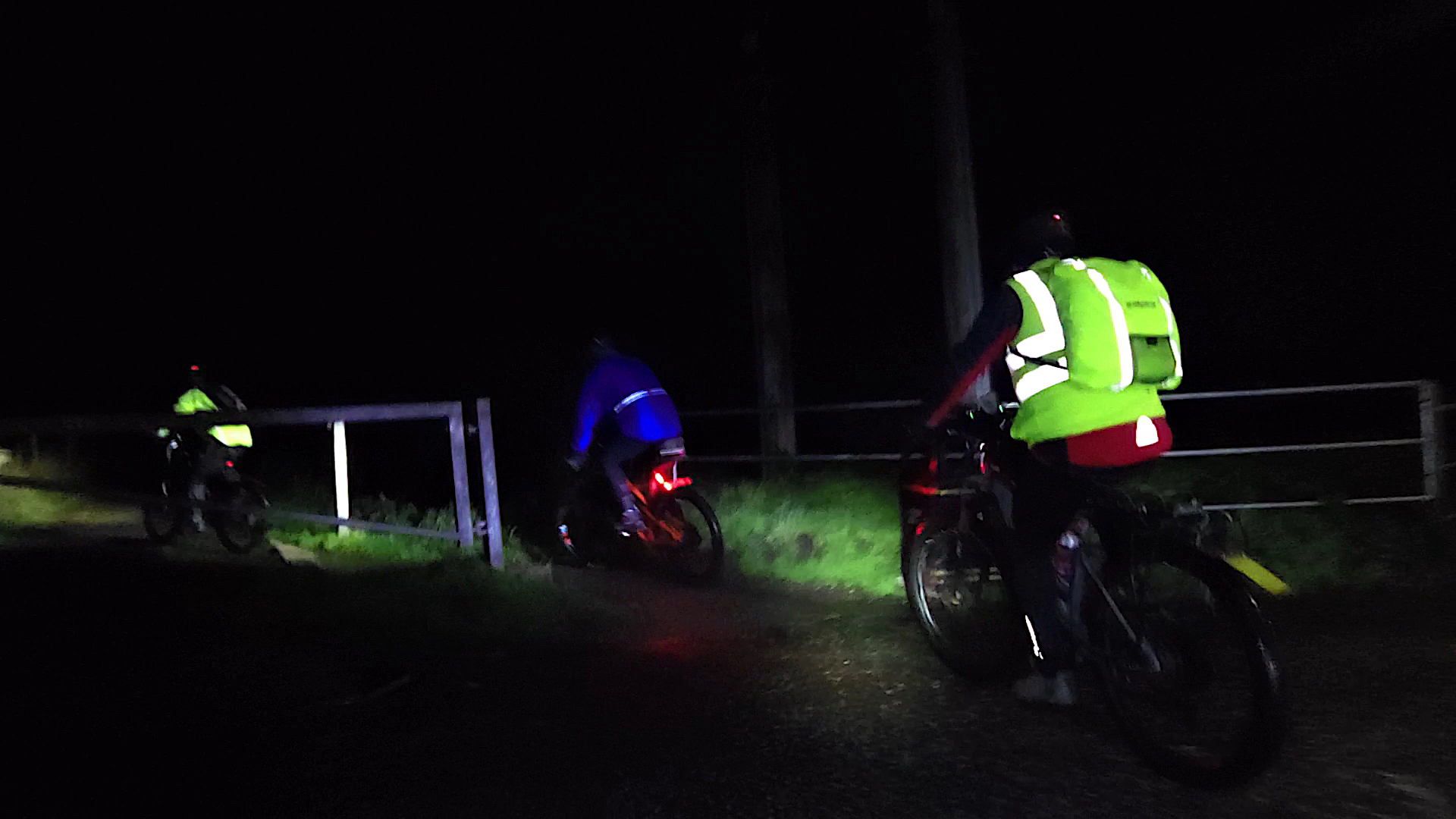 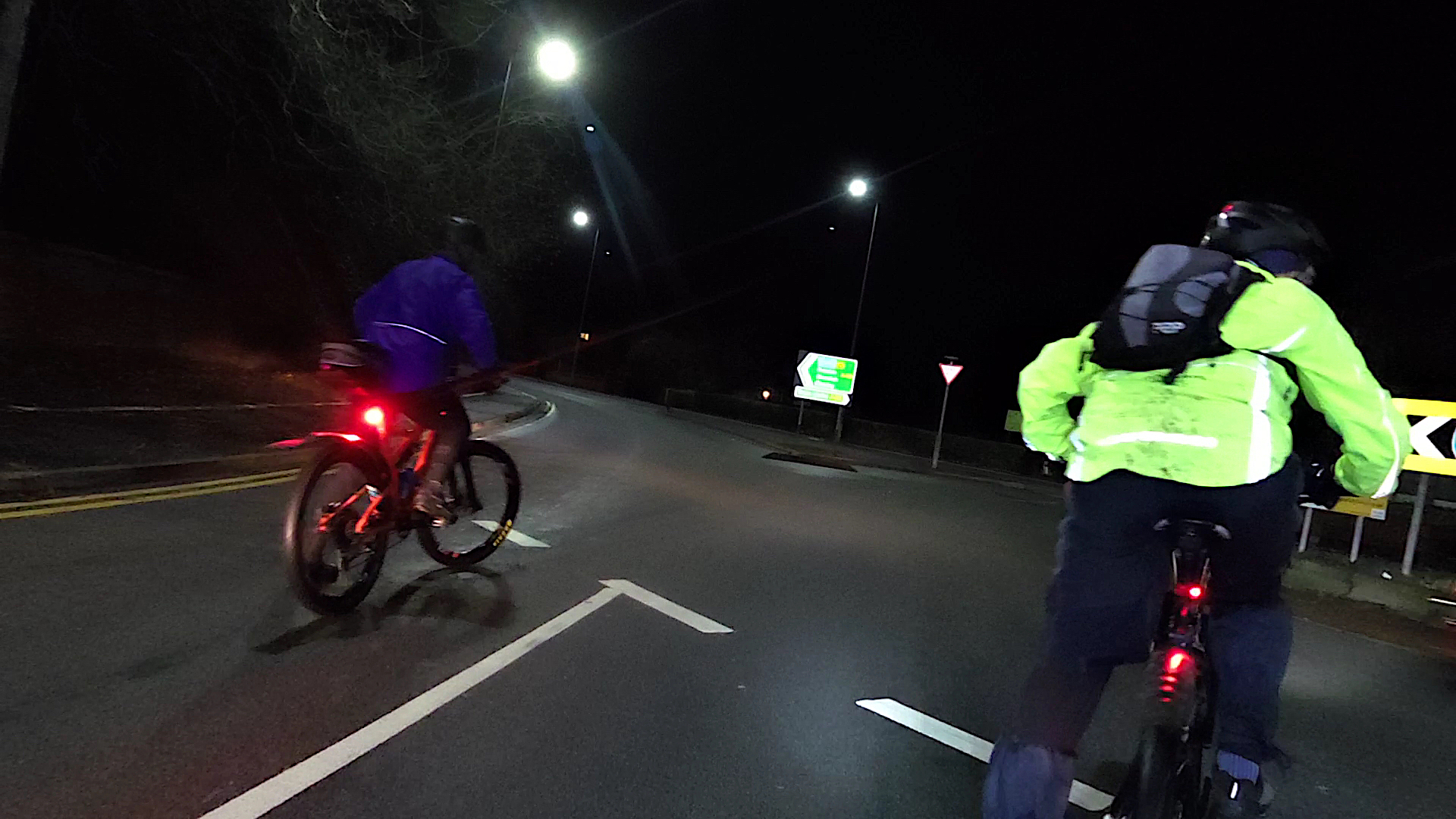 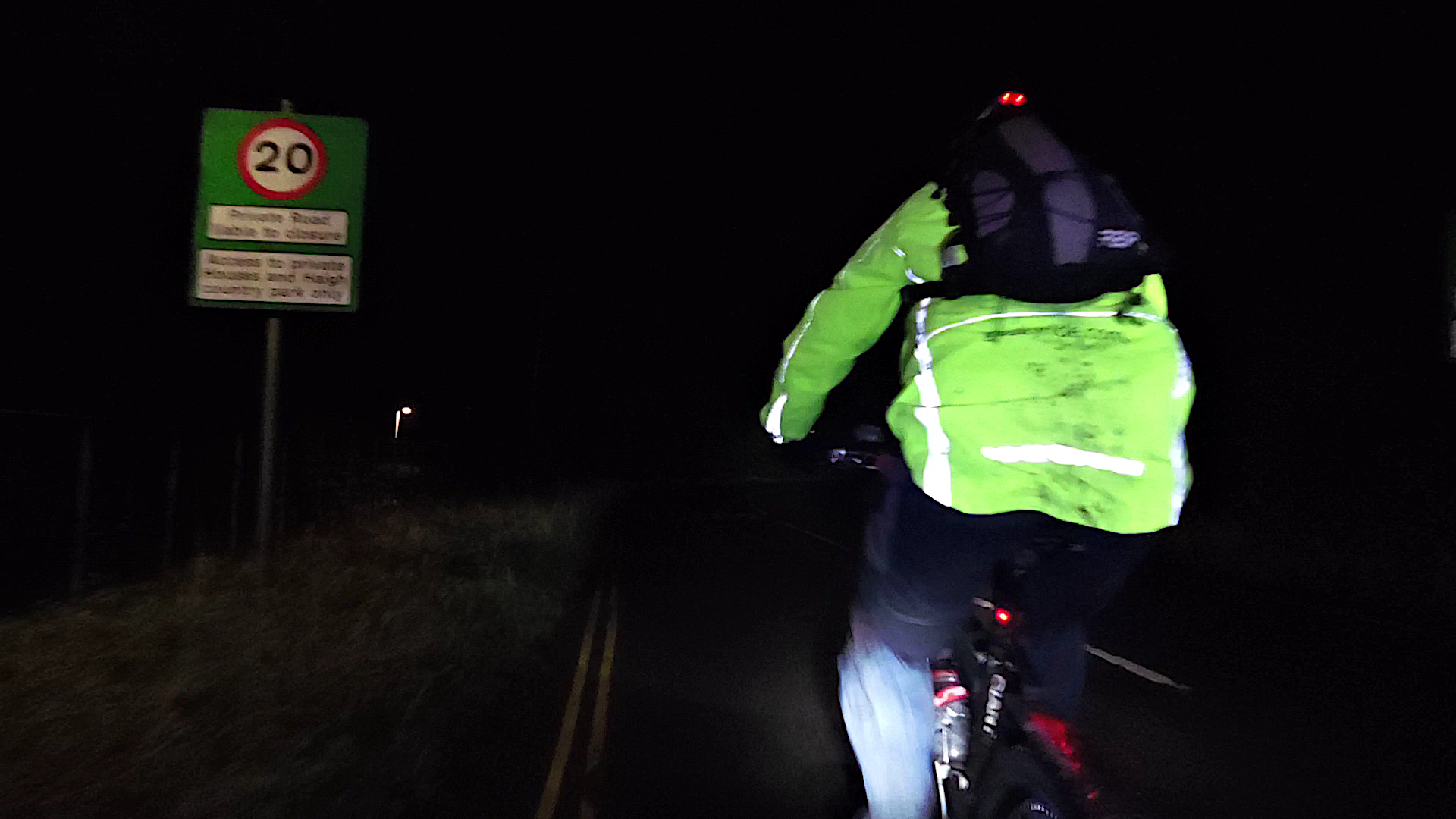