Adventure was in the ride title and adventure we certainly had. Richie brought his bike into Gearing Up for some work done on it after the ride and Muggins here drew the short straw, lets just say the workshop was filled with a rather distinct aroma. Didn’t need to read the report to realise what you’d all ridden through. 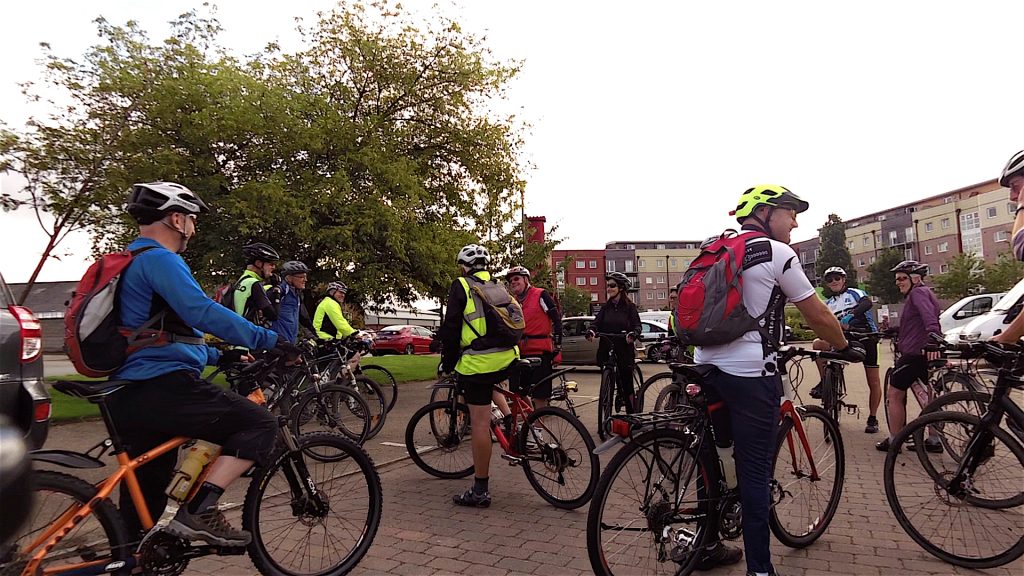 Lost them completely Jim when you said it would be mud free! 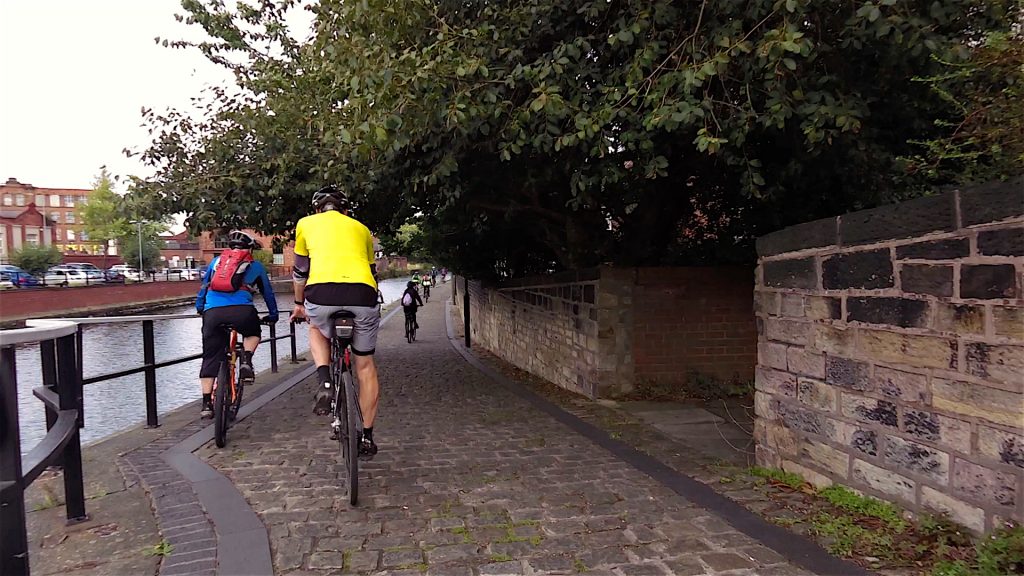 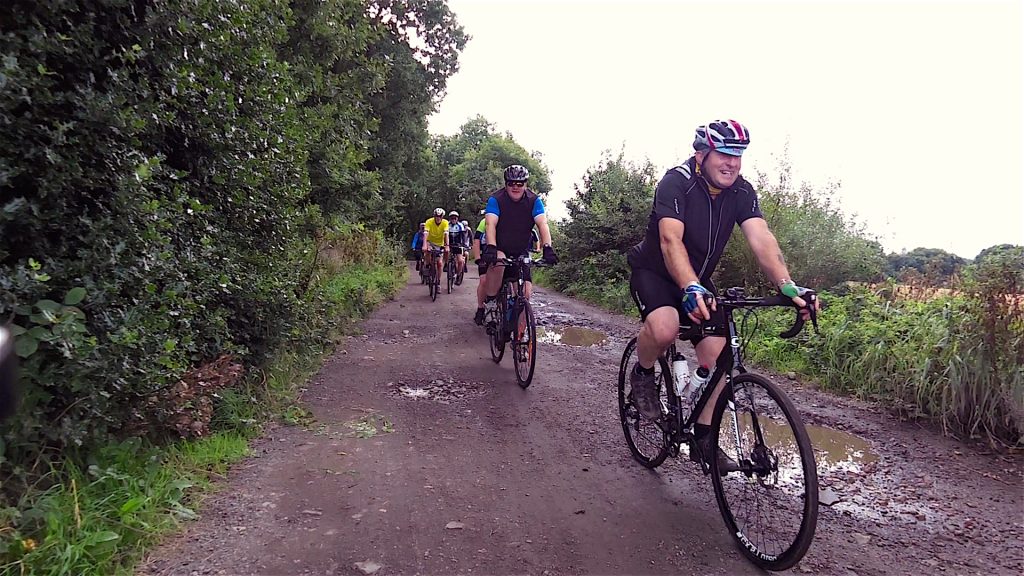 Bike looks nice & clean Les. it won’t be like that for long! 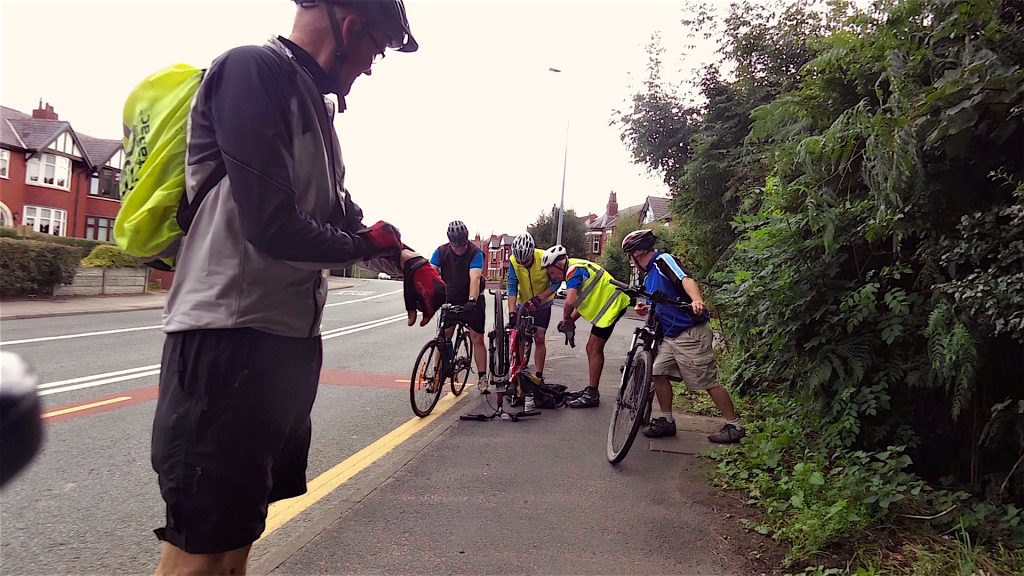 No pressure Denis but your time starts as soon as you’ve got the Marigolds on! 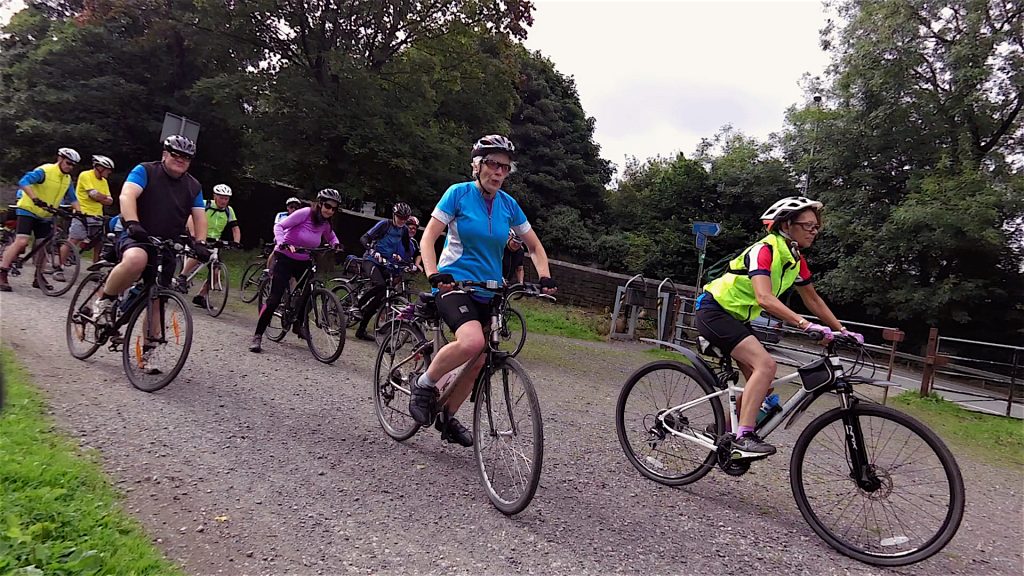 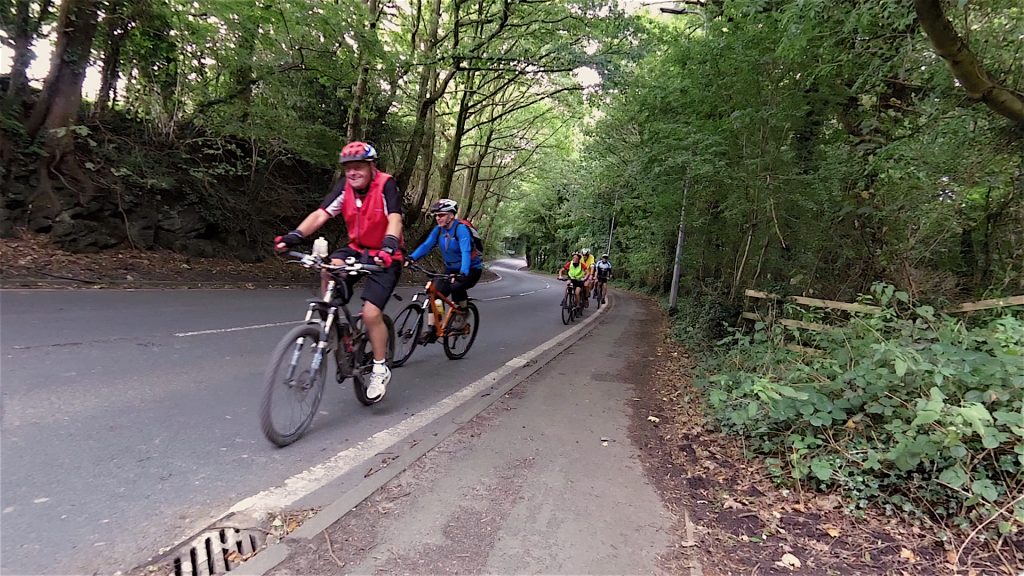 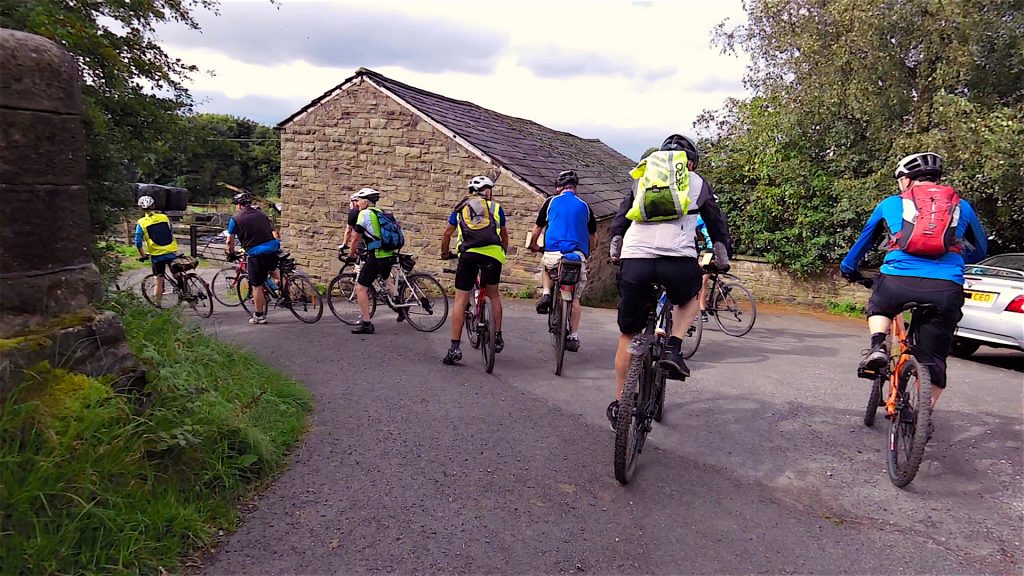 Is that someones back garden you’re cutting through? Knowing Jim, yes! 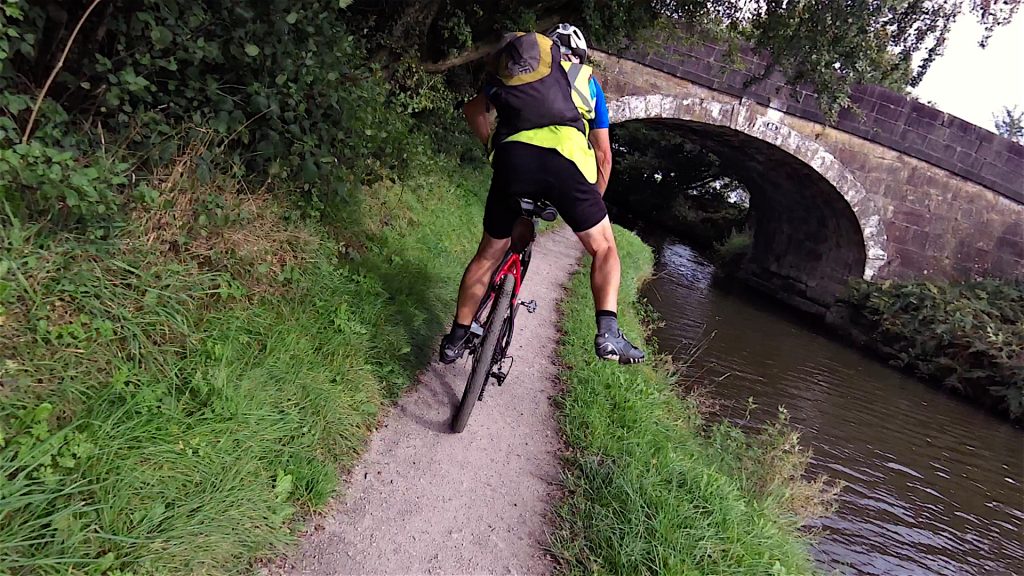 Whatever are you doing Denis? Surely you had time to stop for a pee! 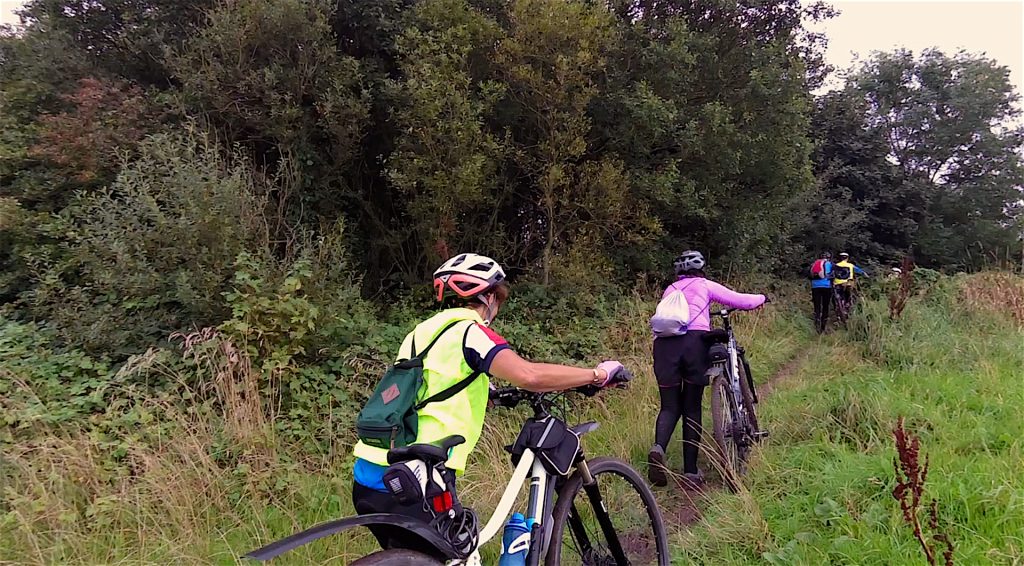 Definitely has the Jim H feel about it this route! 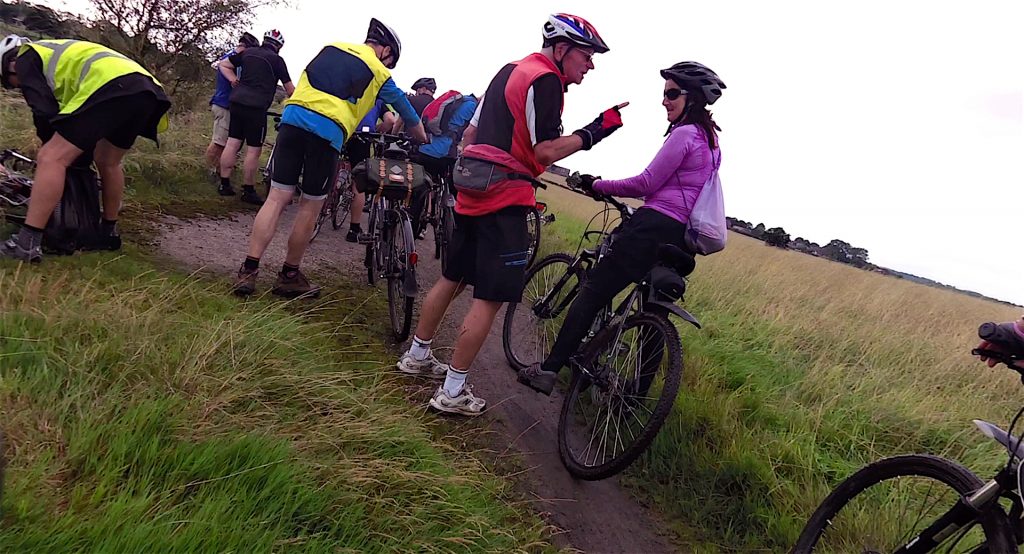 Enid getting a stern lecture for wheeling the bike instead of riding it! 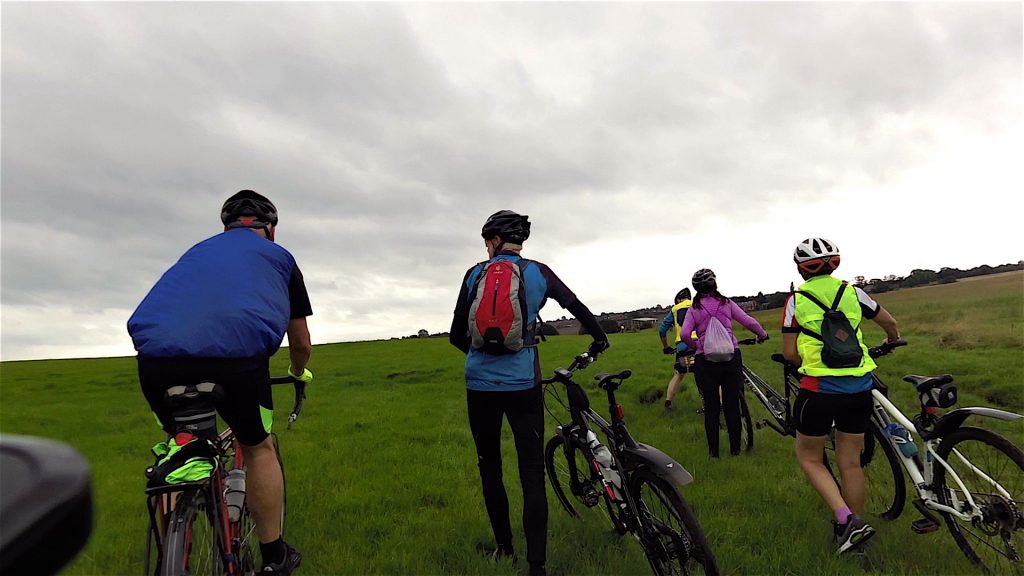 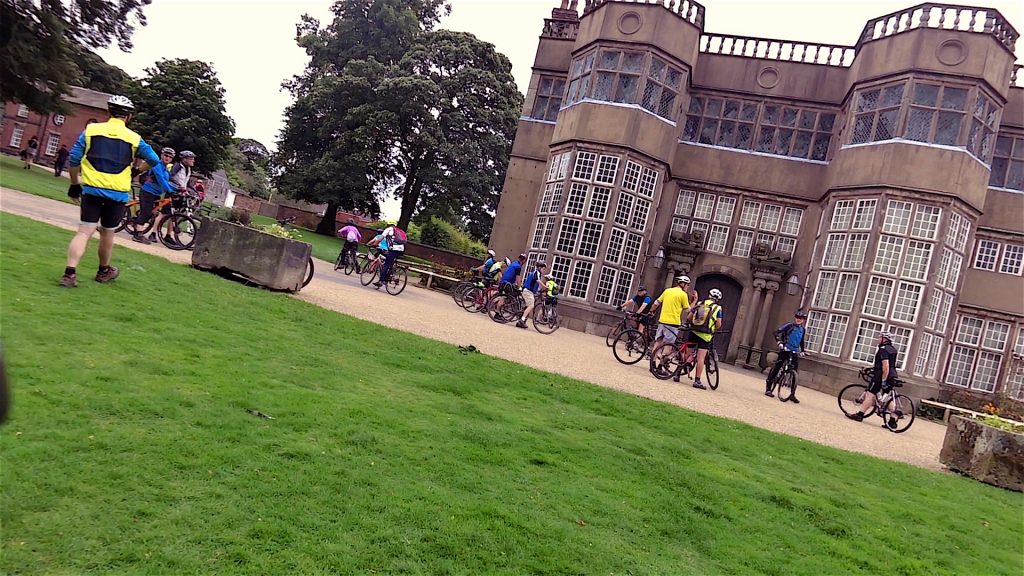 Been told to keep a look out for an old relic, not sure which one of you they meant though! 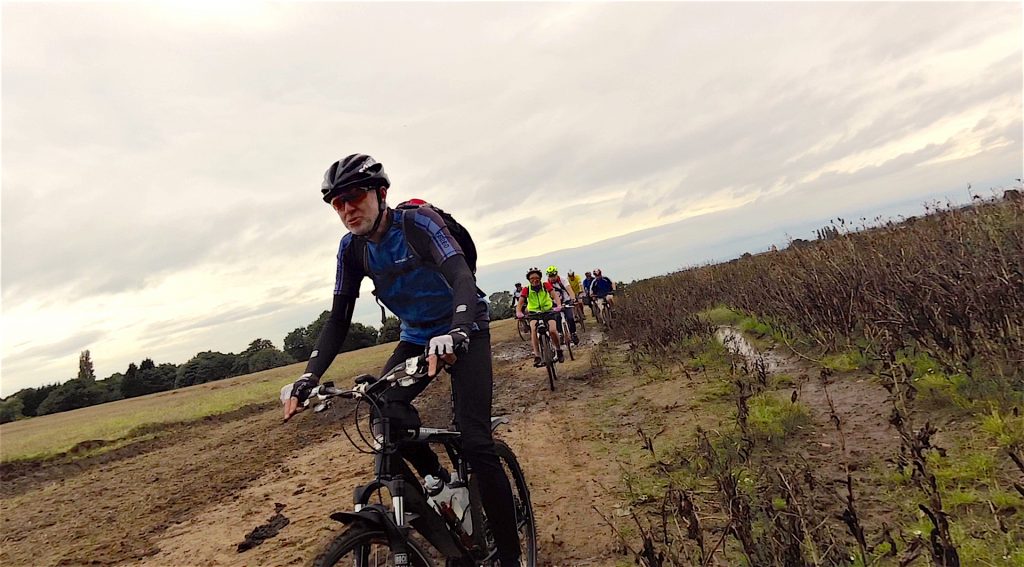 Not impressed at all with Hic-Bibi. 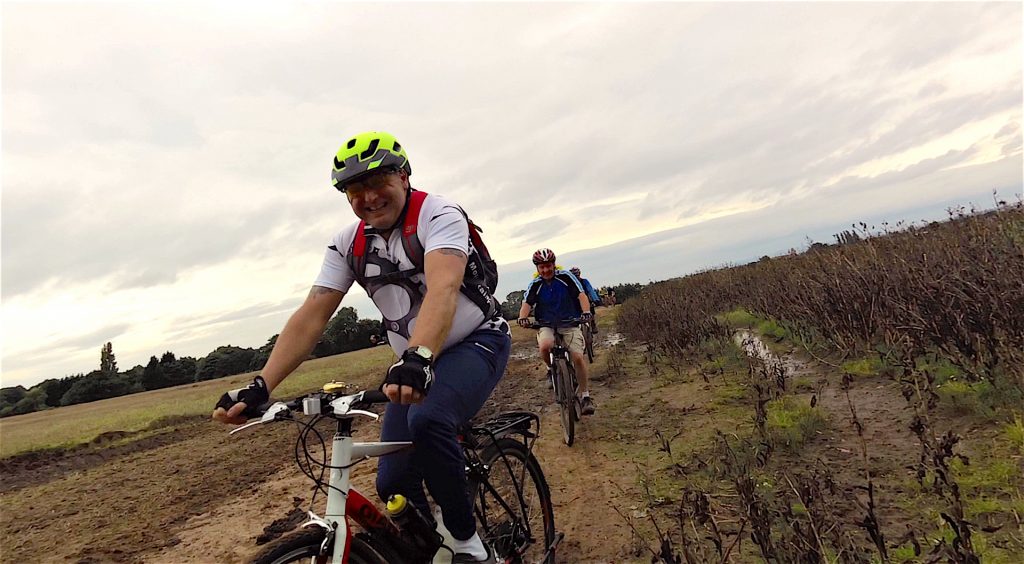 David on the other hand thinks it’s great! 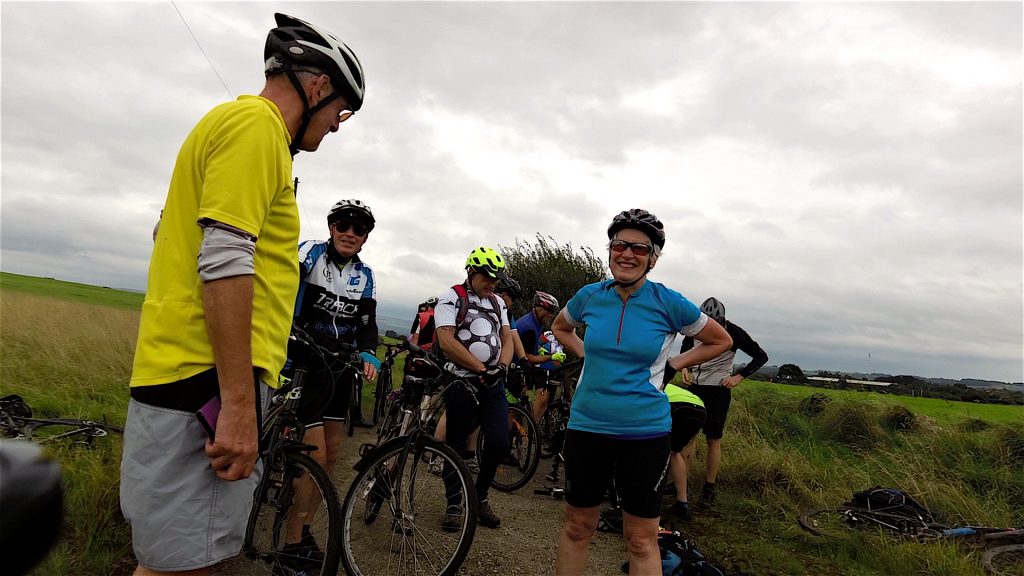 Must be a pin in the saddle Joyce, normal facial expressions have been resumed! 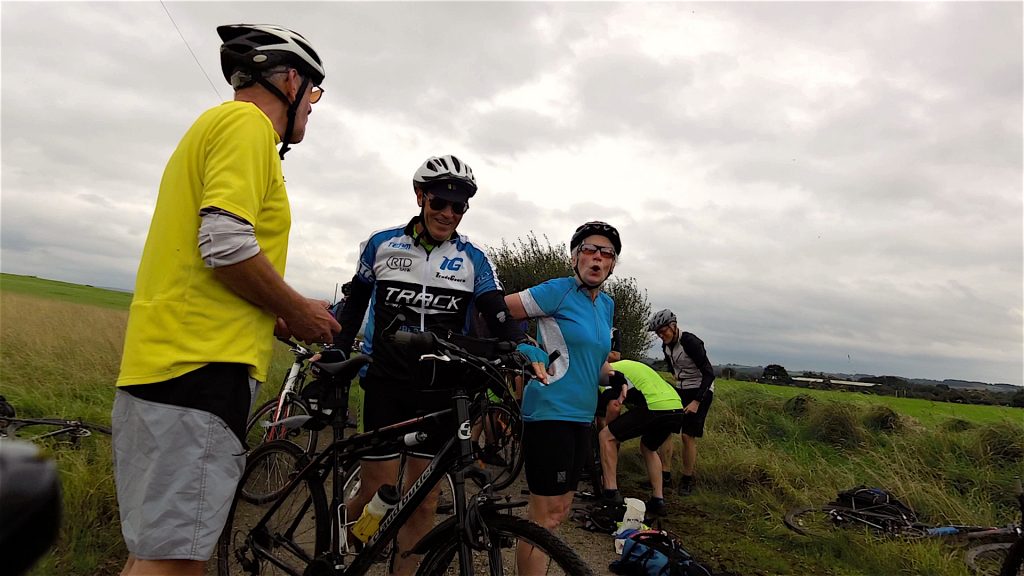 On second thoughts, check your underwear! 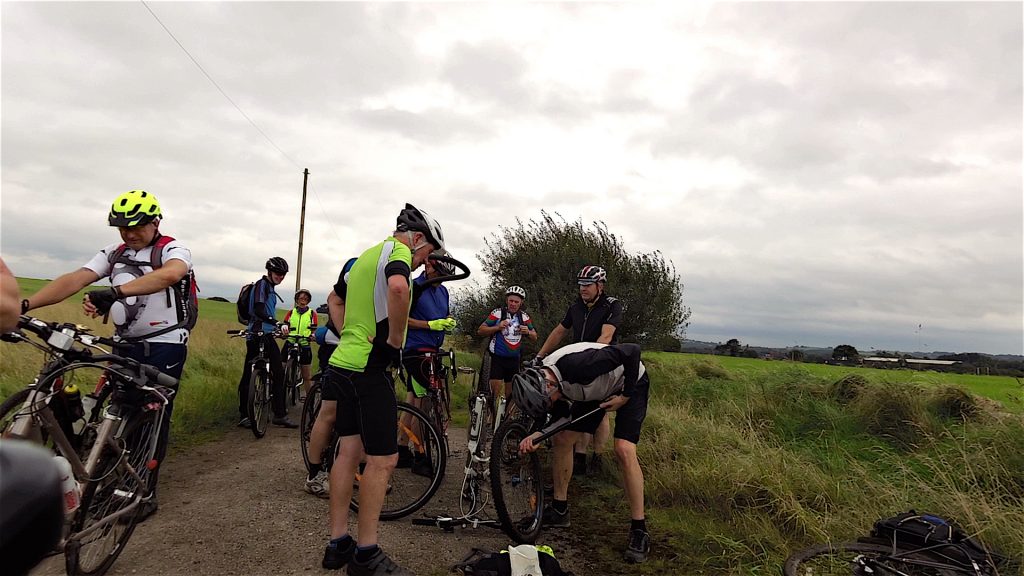 What goes around comes around, how long has he been at it David! 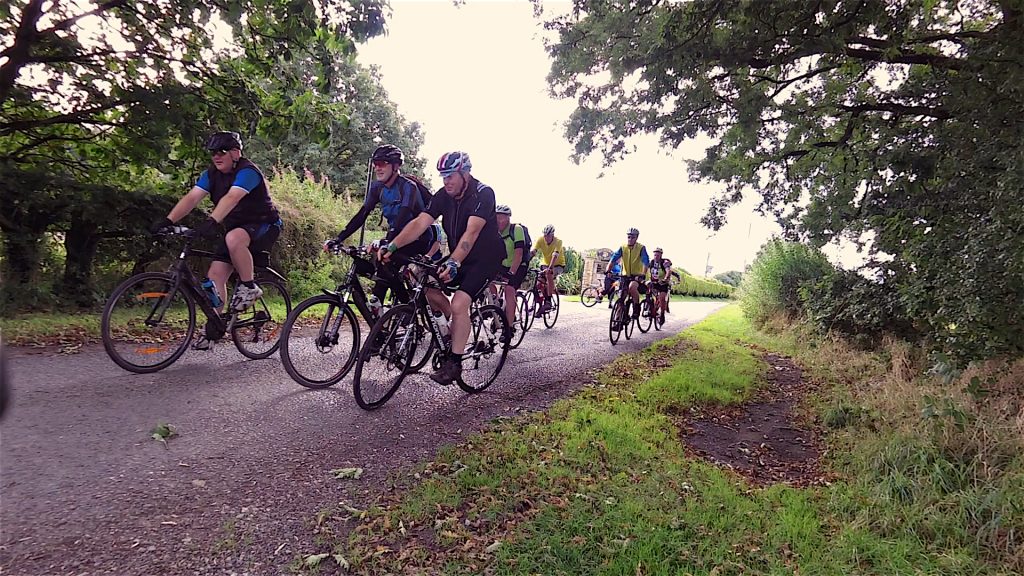 Bit of a novelty, actually riding on Tarmac! Hope we’ve not put you off joining us Derek!